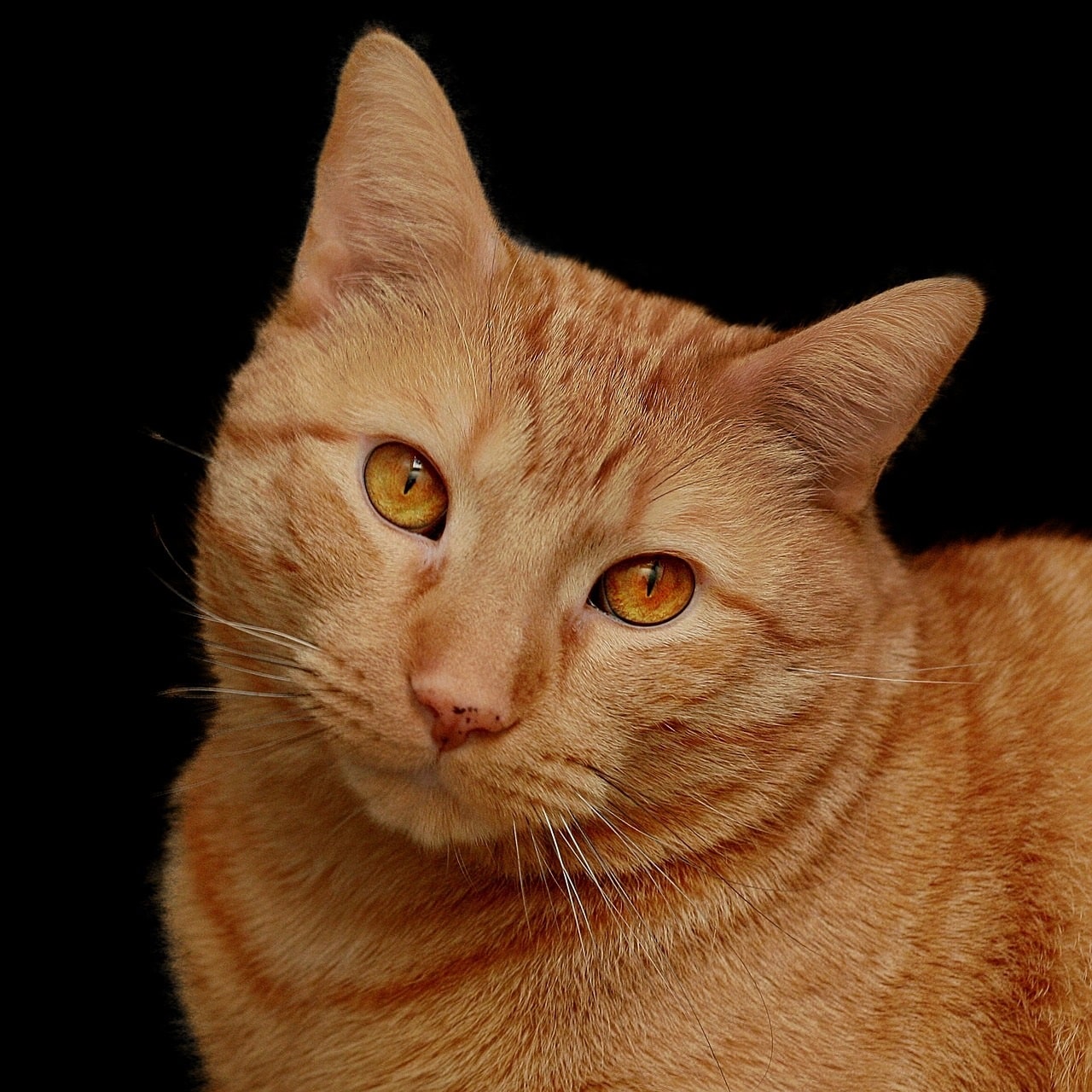 My love for cats began when I first laid eyes on Garfield. Here I was, a little kid, mesmerized by this chonky, greedy, bossy and manipulative orange tabby.

Garfield had an evil genius side to him from the way he had Jon and Odie under his chubby paws.

But he had a very affectionate side too.

From how he loves his teddy bear (Pooky), his security blanket and the times he showed his loyalty to his family.

Many cats owners believe that there is something extra special about an orange tabby cat.

Do orange tabbies or ginger cats like to cuddle way more than other cats?

You can spot a tabby cat a mile away with its warm, bright and engaging coat color. It looks and feels like a beautiful summer day personified as a cat.

Some studies have shown that many people tend to equate a certain personality trait based on a cat’s coat color.

For example, orange tabbies are seen as more friendly, while cats with three colors (tortoiseshell or calico cats) were seen to be more aloof and black cats, well you know what they say about black cats (not true by the way).

If people do tend to categorize a cat’s personality based on its color, then it will also affect how they interact with these cats.

Assuming someone sees a couple of stray cats together, one white, one calico and one orange tabby. Based on the above assumptions, which cat do you think will receive the most attention?

Chances are it would be the orange tabby based on how it stands out due to its color and assumed friendly disposition.

Cats that get more attention and interaction from humans are better socialized compared to those that don’t.

This is probably what makes most orange tabby cats so affectionate and cuddly.

What Is A Tabby Cat?

Most people tend to make the mistake of thinking that a tabby cat is of a certain breed.

That is incorrect actually.

What tabby refers to is a particular coat pattern and this pattern can be found on both mixed and pure breeds.

It is also the most common coat pattern that you will find on cats.

There are also a couple of different coat patterns amongst tabby cats or ginger cats.

These tabby cats have long and narrow stripes that run perpendicular to their spines and on their legs, almost making them look like a tiger.

The funny reason as to why cats with this coat pattern are called mackerel tabbies is because the pattern resembles the skeleton of a fish.

Why not salmon tabby instead of mackerel tabby then? Hmmm.

As the name suggests, instead of stripes, a spotted tabby has spots on its body. These spots can be large or small or a combination of both.

This tabby has thicker swirly stripes along the side of its body which make the cat look like a furry marble cake.

Having an orange tabby in a classic tabby cat coat pattern would make it look absolutely irresistible to many cat lovers.

Even though there are different types of tabbies within the tabby family, all tabby cats have a distinctive trait which is the ‘M’ marking on the top of its head.

Rumor has it that the ‘M’ marking has a couple of religious connotations to it. But in reality, it boils down to the genetic make up of cats.

What Makes A Cat Affectionate And Cuddly? 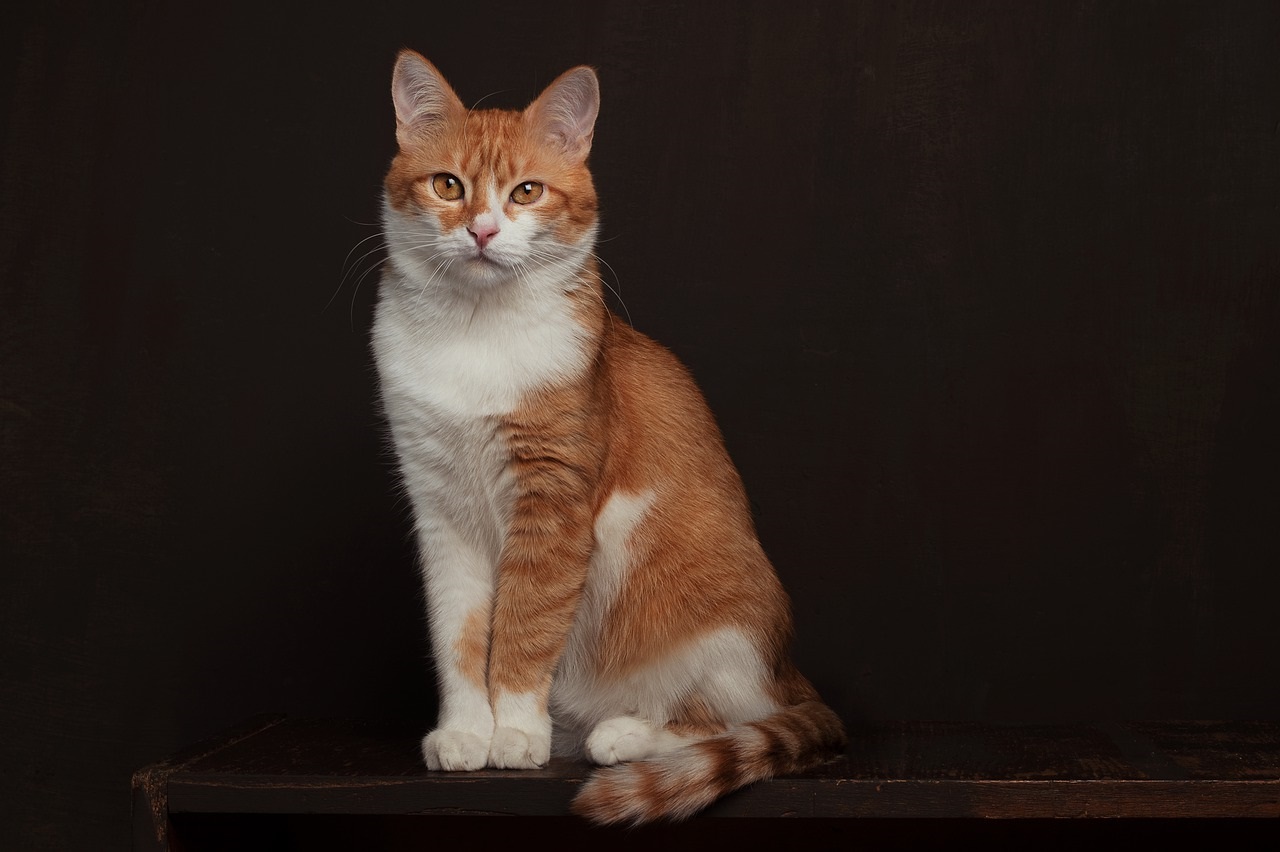 Not all cats are cuddly and affectionate in nature. There are a couple of factors that can determine this.

Socialization is the ultimate deciding factor as to how affectionate a cat will be when it grows up. How well socialized a kitten is while growing up can determine the cat’s personality.

One important thing to note with kittens is that they should not be taken away from their mother and littermates before 12-14 weeks.

This period is crucial for them as they tend to learn many important skills and behaviors that can have a strong influence on their temperament and personality development.

kittens that are taken away from their mothers too soon have a higher chance of growing up being fearful, jumpy and aggressive.

Socialization doesn’t stop after 14 weeks when the kitten is adopted.

It is also important for pet owners to spend a lot of quality time playing and bonding with their new cats.

This is also a great time to get them used to being groomed and learning how to tolerate important processes like getting their teeth brushed and taking liquid medicine.

If you are adopting a stray or feral cat, please note that these cats didn’t have the best of upbringing and can take a much longer time to be socialized and get comfortable with you.

Whether your cat has been neutered (male cats) or spayed (female cats) can also make a huge difference in it being an affectionate feline.

Cats can reach sexual maturity as young as six months old. Male cats will start spraying their stinky urine on walls and objects to mark their territory. They also feel the need to roam far and wide looking for female cats to mate with.

Female cats will also spray to attract roaming males and signal their readiness to mate. They will start yowling and crying loudly like a mad banshee to attract the males.

Cats that feel the need to mate will definitely feel likes inclined to be affectionate and cuddly with their owners.

An unsterilized domestic cat that is kept indoors can feel a strong sense of sexual frustration during mating season.

By sterilizing your cat, it makes them a lot calmer and gentler. They will also tend to be more cuddly and affectionate felines.

A female cat can give birth to 200 kittens in her lifetime. That number can become explosive if cats are left unsterilized. I understand that there are both pros and cons to neutering or spaying cats but I feel that the pros superceeds the cons.

It helps to control the cat population and prevent the senseless euthanasia of millions of cats every year by shelters. This is why programs like Trap Neuter Release help to keep the population of cat colonies from exploding.

Breed Of The Orange Tabby

The breed of orange tabby cats can also determine if it’s going to be more cuddly and affectionate. There are certain cat breeds that are just more affectionate in nature.

Abyssinian cats are good-natured and affectionate cats that love spending time with their owners and others cats.

They are very gentle and love to cuddle for hours.

An orange tabby Abyssinian cat would give that extra sparkle.

It is not possible to be a cat lover and not know about the Maine Coon. Known as the gentle giants of the cat world, this breed is known for its affection and loyalty that is almost dog-like in nature.

They love spending time with their family and are drawn to water.

They love to cuddle and seeing a full-grown orange tabby Maine Coon would be a sight to behold.

Another playful and affectionate breed that is very popular in the United States. They are quite recognizable from their stout build and lovely marble tabby swirls.

They might not be the sharpest tool in the box but their love and affection towards their family members make up for it.

There is no concrete evidence on this but the word on the street is that male cats are more affectionate and cuddly compared to female cats.

Female cats are might be more aloof and less affectionate as their main purpose is to breed and look after their kittens.

Male cats on the other hand might have a more carefree attitude and are more willing to be friendly and affectionate with people. 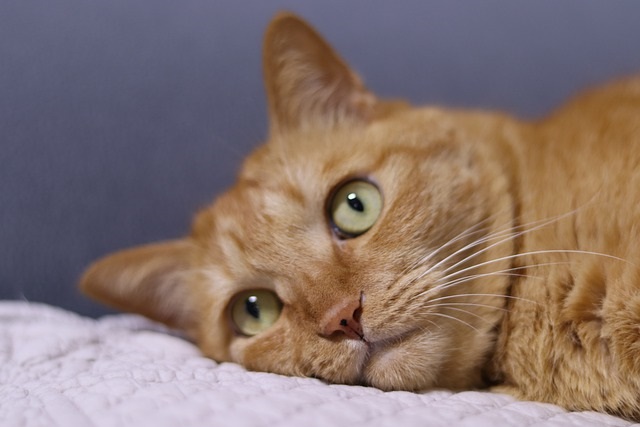 Here are a couple of pretty interesting facts about orange tabby cats that you might not know of.

An Orange Cat Is A Tabby Cat

You would be hard-pressed to find an orange cat that doesn’t come in the coat pattern of a tabby cat. That’s because such a cat doesn’t exist.

All orange cats are tabby cats.

You can’t find an orange cat without any strikes or spots.

This is due to the X chromosome in male orange cats which gives orange cats a higher chance of being male.

On the flip side calico and tortoiseshell cats are predominantly female.

At the end of the day, the most important thing for any pet owner to remember is that a cat’s personality is unique.

You might have adopted a male orange tabby cat that had the best upbringing and socialization but isn’t as cuddly and affectionate as you would like.

Not that it matters.

Your cat loves you in its own special way and that should be good enough for you.