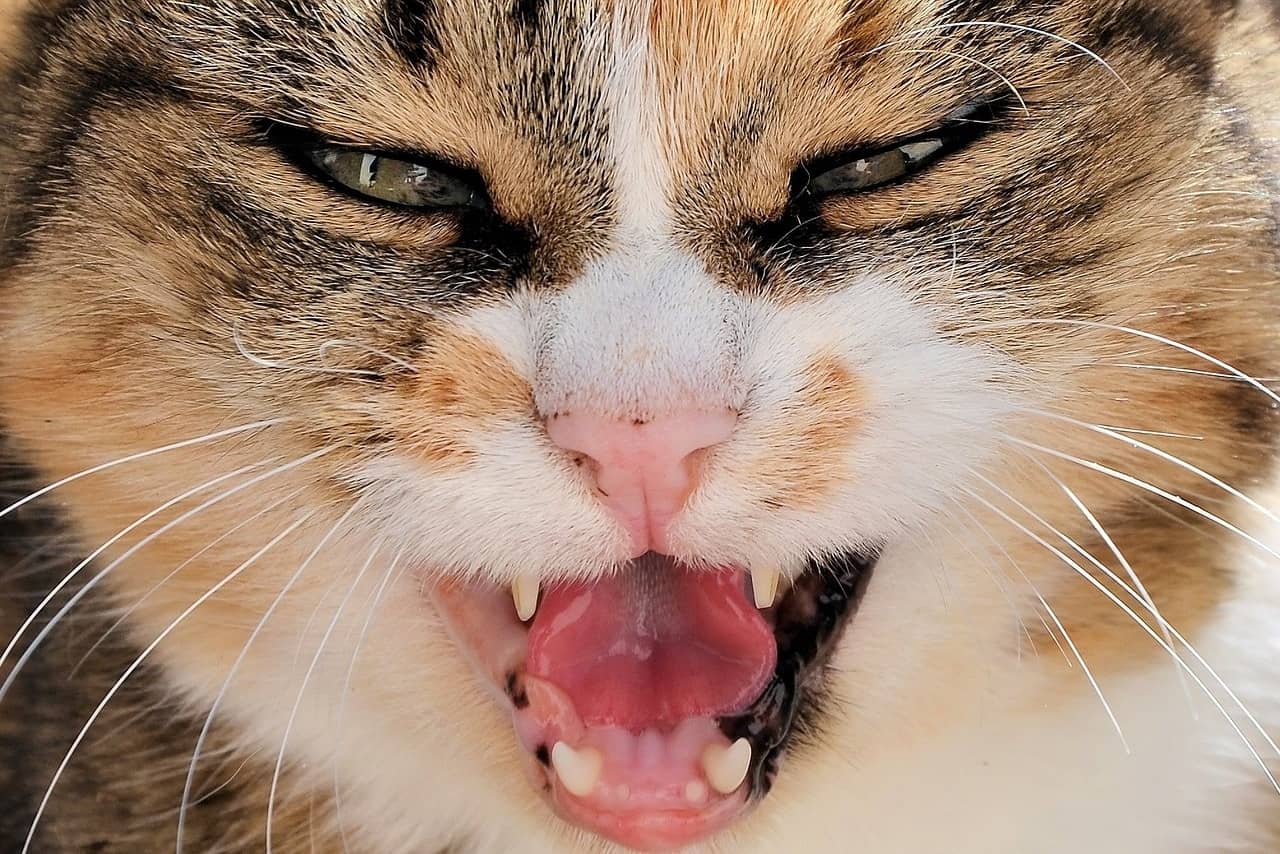 Every fortnightly, both my cat and dog will get a thorough body examination done by me. My family members call it ‘outraging my pets’ modesty’ and for good reason.

Finding black spots on your cat’s gums is a lot more common than many cat owners realize. This can be due to just a simple case of pigmented skin or lentigo simplex. Sometimes, these black spots can be due to gum diseases, ulcers or insect bites and will require medical attention.

Let us take a closer look at what can cause these black spots and whether you should be concerned.

What Causes Black Spots On A Cat’s Gums?

I understand that it can be quite a jolt to your heart when happen to spot black spots on your cat’s gums. Most of us would freak out if our gums start to turn black. However, most of the time, these black spots aren’t dangerous to your cat.

It is a lot more common than you think.

Here are some reasons that can cause these black spots. 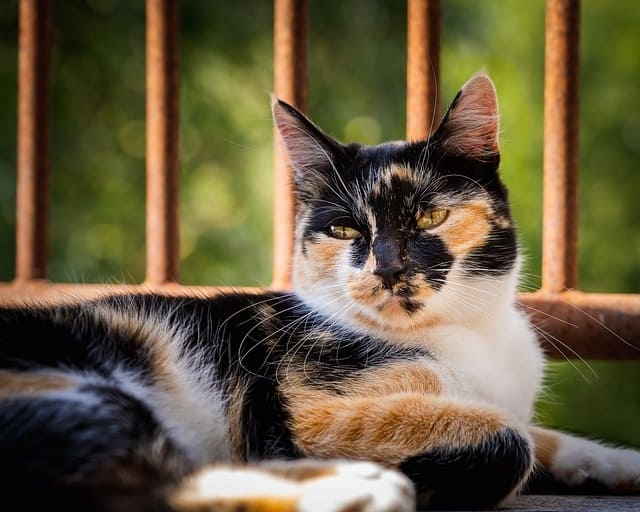 Pigmented skin can be found in both humans and animals. This is what gives us our skin, hair and eye colors.

And in our cats, the difference in pigmentation gives rise to a large variety of fur colors in the feline world.

Pigmentation is largely due to a chemical called melanin which are pigment-producing cells in the skin. Melanin comes in two forms, eumelanin and phaeomelanin. Eumelanin will produce brown and black patches while phaeomelanin will result in red and yellow patches on cats.

Piebaldism is another pigmentation process that shows up in cats with white patches on their fur, usually bicolored. This is what causes a black cat to have a white spot on its chest and can be seen in other animals as well like horses and goats.

The color of your cat will largely be determined by the amount of eumelanin and phaeomelanin that it has in its body. Think of it as just a cosmetic condition in your cat.

The dark or black spots in your cat’s gums are likely due to the presence of more eumelanin in that area. My cat’s gums are pretty much black or dark brown in color ever since he was a kitten.

He also has a few dark patches on the roof of his mouth.

Your cat might even start to develop more pigmented spots as the cat ages. Just like humans having more freckles or sun spots in our older years.

I’ve asked a couple of cat owners to take a closer look at their cat’s mouths and the majority reported seeing the same dark spots as well. 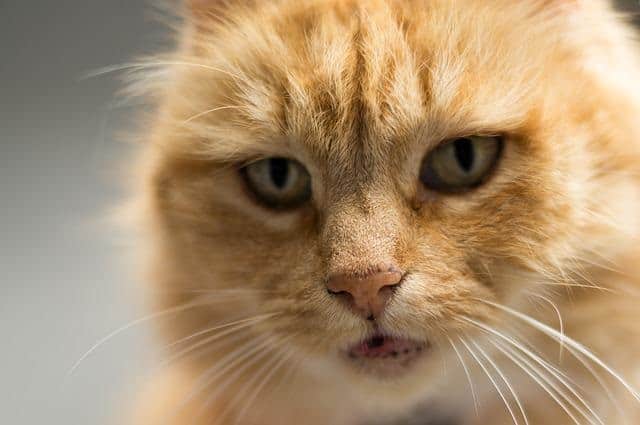 For those of you that have a feisty orange cat, finding black spots on your cat’s gum is common. These black or dark brown spots are caused by a benign condition called lentigo simplex.

The black spots can be found not only on the cat’s gums but also on the anus of some orange-colored cats.

Is Lentigo Dangerous For Cats?

You can notice lentigo spots in orange cats as young as a year old but it tends to appear more frequently in older cats.

Orange fur seems to be the main denominator for cats with lentigo simplex. It is a completely normal and benign pigmentation condition that requires no medical attention. You can also see these black spots in calico cats and flame point cats.

Do you know that up to 90% of cats that are four years of age or older suffer from dental disease? Based on these odds alone, I’m guessing that your cat might have it too.

Not many cat owners tend to pay attention to their cat’s oral hygiene. It is one of those health problems that you will only notice once it gets bad.

The most common form of dental disease in cats is called gingivitis. This happens when the gum linings in your cat’s mouth start to become red and inflamed.

This is due to the build-up of plague on the cat’s teeth which starts to attack the gums causing pain and discomfort.

Gingivitis can be reversed by taking your cat to the vet and having its teeth and gums cleaned. Otherwise, it can lead to periodontitis which attacks the tissues that connect the tooth to the gums. Periodontitis cannot be reversed and the affected tooth will most probably have to be extracted.

Although most gum diseases are identified by redness around the gum area, it is also possible to see black spots and bleeding in serious cases.

The best way to prevent dental issues in your cat is with regular bushing. I know most cat owners would rather pull their own teeth than brush their cat’s teeth but it is a necessary evil.

When brushing your cat’s teeth, please do not ever use toothpaste meant for humans as it contains a chemical compound called Xylitol which is found in artificial sweeteners. Xylitol is highly toxic to cats and can be life-threatening.

And stop feeding your cat dry food as it contains a lot of sugar and carbs which are bad for your cat’s teeth. Stick to canned food or a raw meat diet. 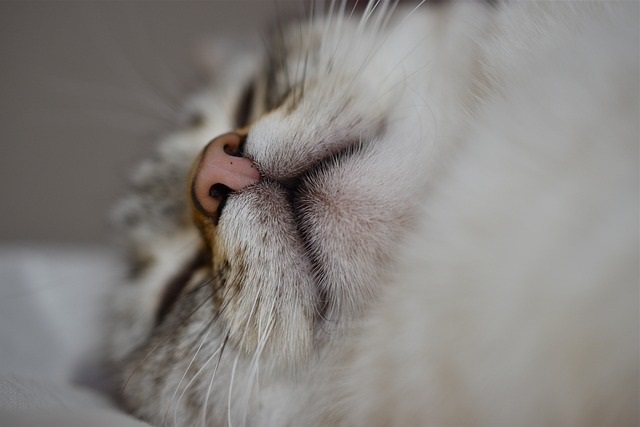 Feline acne is a skin issue that afflicts many cats. This form of acne does resemble the pimples that you would find on a human. This skin condition is usually caused by the blockage of your cat’s hair follicles.

It can cause your cat’s skin to become, red and inflamed. It is very itchy for the cat which makes it scratch the affected areas a lot causing it to bleed. Pus can also be seen if it gets infected with bacteria.

The most common areas where feline acne occurs are under your cat’s chin and around its mouth.

My cat used to have a very bad case of feline acne during his younger years. What cured it for him was when I changed his water and food bowls from plastic to stainless steel. And wiping his mouth and chin area after he eats helps to keep the area clean too.

Although feline occurs around the mouth area, it can look like it is on your cat’s gums if your cat is having a bad case of feline acne.

Melanoma is a type of skin cancer that is caused by prolonged sun exposure. The damaging sun rays will cause the cells in the skin to mutate and form cancerous cells.

Fortunately, this condition is very rare in cats as they don’t get a lot of sun exposure but it can still happen. Melanoma spots appear as black spots or lumps on your cat’s gums, skin and facial areas.

When You Should Bring Your Cat To The Vet? 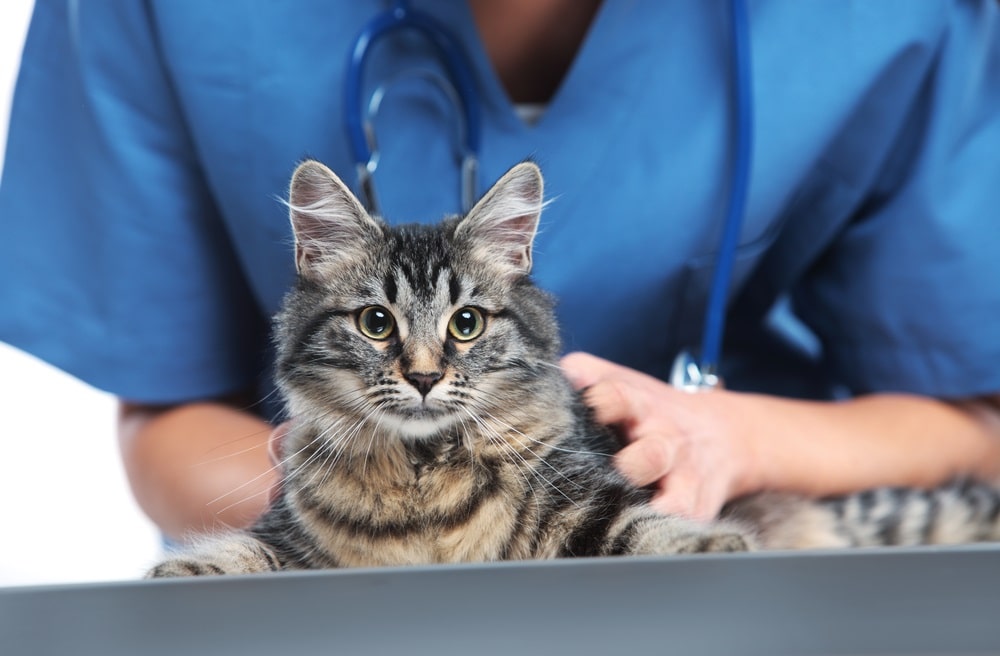 In most cases, the causes of black spots on your cat’s gums don’t require medical treatment especially if it’s due to your cat’s natural pigmentation.

However, you should be on the lookout for spots that are raised, bleeding or inflamed. This could mean an underlying medical issue that needs to be seen and treated by the vet.

It would be best to take your cat to the vet immediately as conditions like Melanoma can be very aggressive and invasive in cats and can spread quickly without medical intervention. 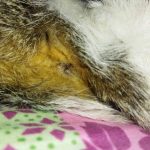 Black Spots On Cat’s Anus (What Is It?) 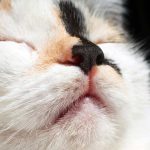 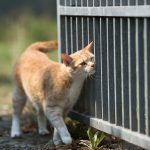 Why Do Cats Rub Their Gums On Things? 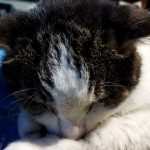 Cat With Black Whiskers (The Norm Or Abnormal?)