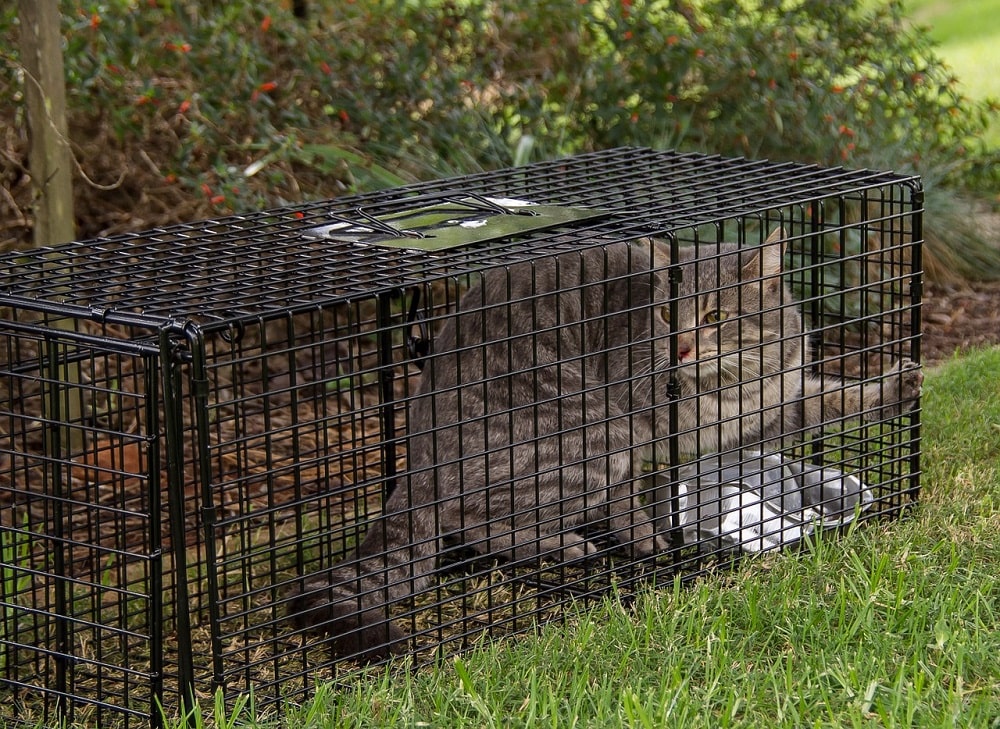 The USA is reported to have at least 70 million stray or feral cats roaming the lands.

That’s a lot of cats without a forever home.

To make matters worse, many of these cats might not be sterilized adding to the further explosive population growth.

As cute and cuddly as cats can be, many of these undomesticated cats hunt and kill wildlife for food. This can cause the population numbers of some species of prey to be in danger.

Many countries around the world are adopting a ‘Trap-Neuter-Release methodology in order to control the stray and feral cat population.

What Is The Trap Neuter Release Programme?

As the name suggests, the TNR programme is all about trapping and sterilizing feral and stray cats.

If you have a cat at home, you can understand how challenging it can be to bring your cat to the vet at times.

Getting your cat in a carrier is already a 5-hour ordeal and you hope and pray your cat doesn’t turn into a tiger at the vet.

When it comes to strays and feral cats, it can be even more tedious and challenging to trap these cats in cages. If you have a random stray or feral cat that comes by your home often, it is good to get it neutered.

Many of these cats aren’t well socialized and see humans as towering aliens.

Volunteers will have to go where the cat colony is set up the trap. It can take hours or even days to trap the community cats that have yet to be sterilized.

The cages used are humane and not dangerous for the cat. The trappers will usually put some cat food in the cage to attract the cat.

When the cat smells the food and wanders into the cage, a trigger mechanism closes the door and prevents the cat from escaping.

There will be times whereby the trapper will even hide and wait for the cat to enter the cage before triggering the cage lid.

Once captured, these cats are then brought to the vet to get neutered. 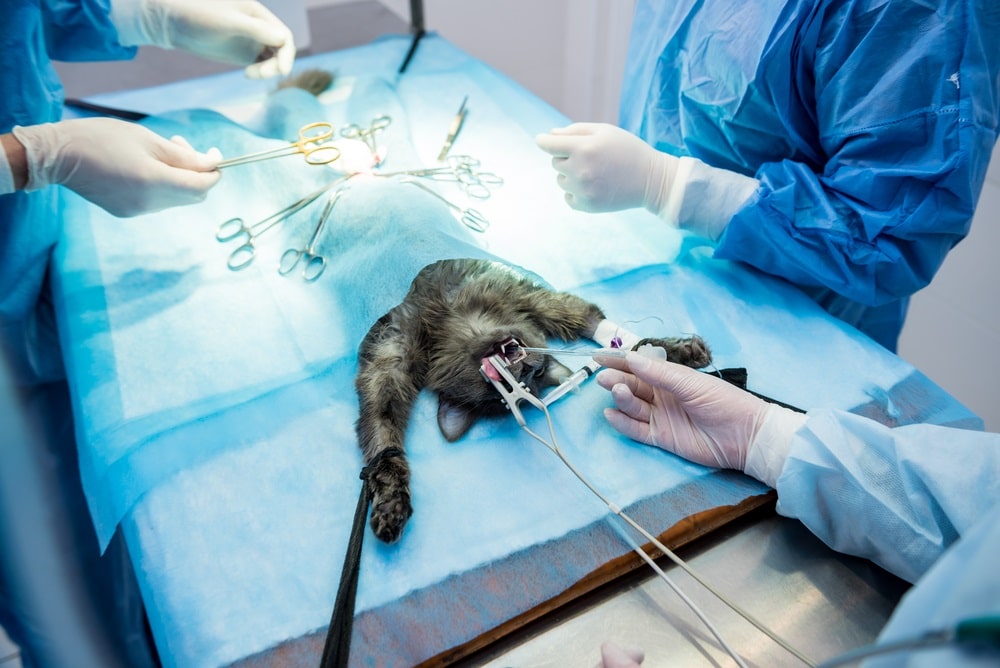 There are many local vets in your area that are part of the TNR programme. These vets offer much cheaper or subsidized neutering packages for stray or feral cats.

This is to encourage more people to bring in homeless cats to be neutered and not be deterred by the costs.

You must be wondering by using the term ‘neutering’, does it only mean that male cats are captured?

Not true. Both male and female cats are captured to be sterilized. The correct term for females is spaying but neutering is used for both genders here.

Neutering cats not only helps with population control but it helps prevent certain diseases and cancers in cats as well.

Neutered cats are less territorial and don’t feel the urge to mark or spray their territory. It ain’t fun having your front lawn reek of cat’s pee during mating season.

You can learn more about the pros and cons of neutering a cat here.

After being neutered, the cats will be released back to the same colony location that they were taken from.

This is an important step because if the cats were released at an unfamiliar location, many of them will not survive as they are not familiar with the area and will fall prey to predators and road accidents.

By not returning the cats back to the original colonies, it can create a vacuum in the colony. The remaining unsterilized cats will be more inclined to breed more aggressively to make up for the lost numbers.

Before The TNR Programme

Before the TNR programme was released in the cat community, the usual way of controlling the population of stray and feral cats was to capture and euthanize them.

Millions of healthy and loved community cats were killed and this angered many cat lovers. They felt that it was cruel to put healthy cats to sleep. Euthanasia should only be reserved for homeless cats who are seriously ill or injured and could no longer fend for themselves and live a decent life.

Furthermore, this method didn’t do much to control the homeless cat population due to the vacuum effect.

It was just like trying to keep a sinking ship afloat by bailing out water with a pail.

A huge budget was wasted trying to control the cat population and many animal activists felt that there needs to be a more effective and humane way of controlling the feline population.

Hence the TNR programme was introduced.

By and large, many caretakers of community cat colonies have reported a decline in the number of cats over time.

As the cats are returned to the colony, they are no longer able to breed and the numbers will naturally dwindle.

So these at least help to control the population of strays and ferals in the neighborhood.

The TNR programme also helps to reduce the spread of parasites and diseases from these cats to other animals and even humans.

Before the TNR programme was introduced, many of these homeless cats didn’t have access to preventive medication like vaccination and deworming. Hence they can spread stuff like rabies and other zoonotic diseases.

With a proper care package given to these free-roaming cats, the chances of them acting as vectors for diseases is greatly reduced.

With the neutering of these free-roaming cats, the desire to mate is no longer there. They have been fewer public complaints about being kept awake at night by the sounds of cats fighting and caterwauling.

The sound of a cat looking for a potential mate can be very jarring to the ears.

Neutered cats are also a lot less territorial and tend to fight less. Cat viruses like FELV and FIV stand a lesser chance of being transmitted through saliva and body fluids.

Impact Of Wildlife With TNR Programme

As mentioned earlier, many of these strays and feral cats hunt small prey for food, especially birds, small mammals, fishes, reptiles and amphibians.

The huge increase in the homeless cat population means that there has been overhunting of the above-mentioned species.

In fact, it has been reported that these cats have caused the extinction of 63 species and caused a threat to 300 more.

As much as we want these cat colonies to prosper, we need to look after the welfare of other wildlife and the ecosystem.

Animal control has been capturing and relocating free-roaming cats away from areas that are very vulnerable to overhunting.

This has helped to stabilize the native population of wildlife with fewer cats around.

The Future Of The TNR Programme

The TNR programme is not without its criticisms. There are also studies saying that it does not help to control the population of community cats.

That being said, there’s no perfect programme when it comes to controlling a population of a certain species.

There are even activists who advocate for the abolishment of all zoos.

For me, it is a good step in the right direction of feline population control. There’s no need for us to mass kill millions of healthy and abled body cats just because they don’t have a home.

TNR is definitely a more humane way of doing things.

This also serves as a lesson to cat owners that it is important to neuter or spay your cat to prevent unwanted pregnancies.

Cats can start reproducing as young as four months old and can have up to 200 kittens in a lifetime if left unchecked.