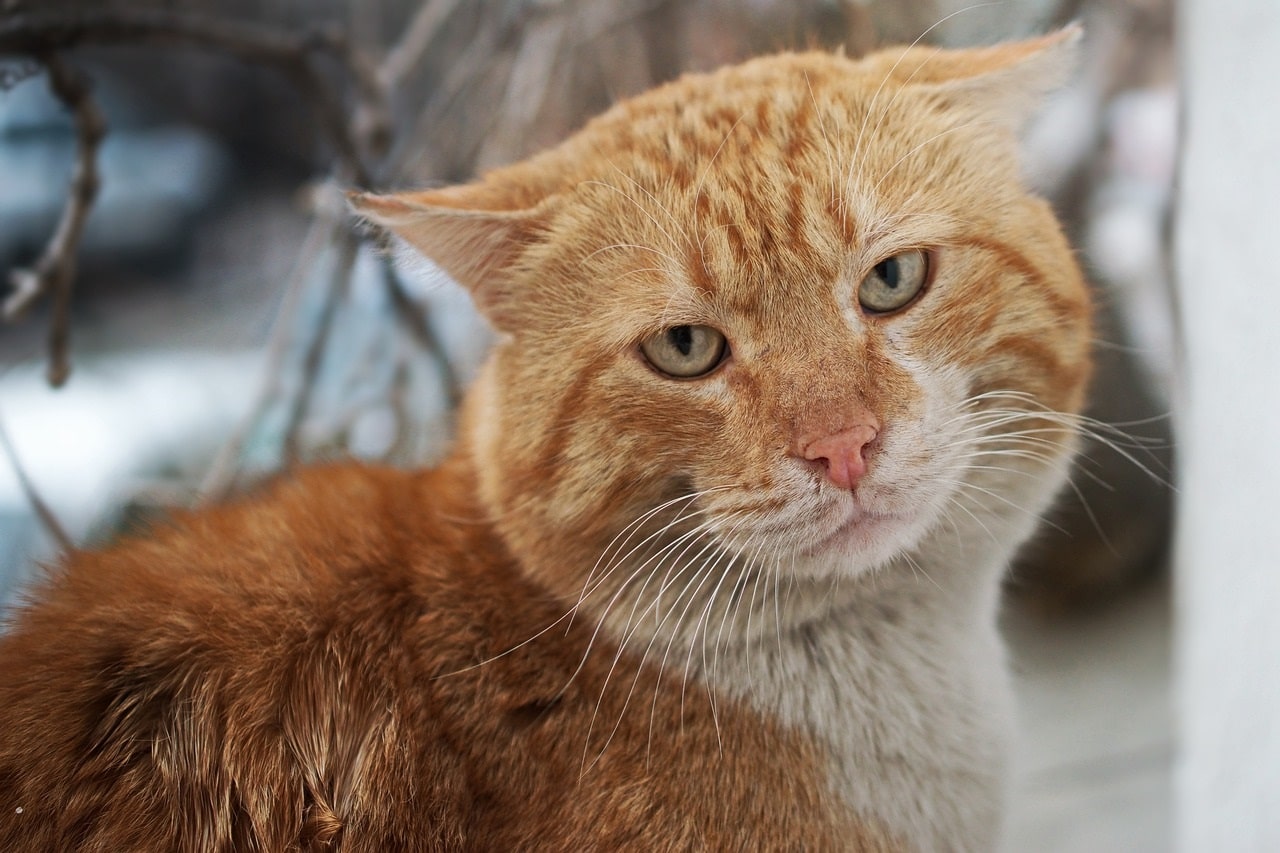 There have been a couple of times when I spot a stray or feral cat and go “WOW! That cat has a huge head!”

At times it looks rather cute and comical given the cat’s head size compared to the rest of its body.

Most of the time, it is the tomcats or male cats that walk around with a huge ‘noggin’.

Is there a particular reason why tomcats (male cats) have such big heads?

Male cats that are unneutered usually have a larger head size than tomcats who have been neutered. Intact male cats have a much higher testosterone level and sex hormones which cause more pronounced muscle and bone growth.

Let us take a deeper look at the effects testosterone levels have on unneutered male cats and why neutering your male cat is a healthier option in the long run.

Why Do Male Cats Get Big Cheeks?

Having more testosterone also allows for bigger bone growth and density thus giving the tomcat a much larger frame.

Besides a bigger and stronger body, unaltered male cats also have larger and thicker skulls than neutered cats.

These cats usually have a much rounder and broader face by the time they hit two to three years old and it is rather evident when you happen to see one.

A larger head on these cats is also accompanied by larger cheeks.

It is known as ‘stud cheeks’ or stud jowls’ or ‘tomcat cheeks’ and it symbolizes sexual maturity in a male cat.

Stud cheeks can be seen as early as twelve months in cats. However, not all intact male cats will develop such cheeks.

It might give the cat the appearance of having chubby cheeks but it is due to the build-up of thickened skin.

Unneutered cats tend to get into fights with other male cats over turf wars and the right to mate with female cats in heat.

The thicker cheeks help to protect the cat’s cheeks, eyes and neck during conflicts.

Think of the chubby cheeks as a knight’s helm for the cat in shining armor.

Do Male Cats Have Bigger Heads Than Females?

Male cats in general have bigger heads than female cats. This is due to the presence of testosterone which is many times higher than a female cat.

Even neutered male cats have been found to have a 13% bigger head size than spayed females.

In the animal kingdom and human race, males tend to be bigger, stronger and taller than females.

Female cats too have testosterone in their bodies but they do not develop thicker jowls like intact males.

Female cats don’t get into fights as often as males hence nature has done away with the need for jowls on females.

Difference Between Male And Female Cats

Besides having a bigger head and body as compared to female cats. There are other parts of the male cat that are different.

It might not be very obvious when comparing two male cats of the same breed. But put a male and female cat side by side and you’ll be able to distinguish the subtle differences in the facial features.

Why Is My Male Cat So Big?

The average weight of a male cat is 11-15 pounds and for female cats, 8-12 pounds. There are some cat breeds where the male cat can grow up to a hefty 25 pounds.

Male cats are generally bigger and stronger hence they have more muscle mass.

If you have a male cat that is exceptionally huge even for its breed, it could be due to a growth spurt during its younger days.

Cat Breeds With A Big Head

We know for a fact now that unneutered male cats have big heads and cheeks. There are some cat breeds that naturally have a bigger head due to the breed’s innate size. 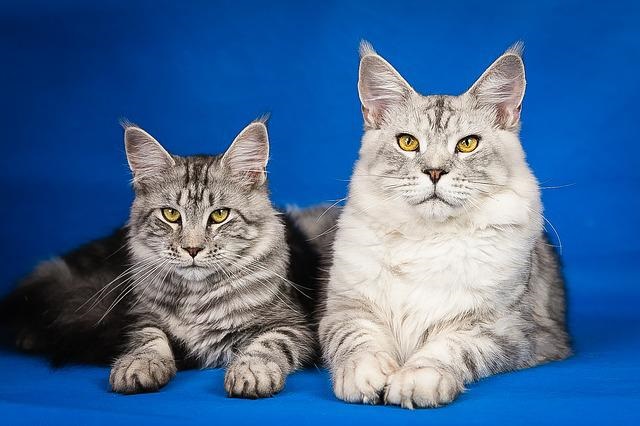 You can’t talk about cat breeds without mentioning the maine coon. Known as the gentle giants of the cat universe, these cat breeds can grow up to a whopping 25 lbs.

It goes without saying that if you have a maine coon, it comes with a big head too.

Most of the Guinness world records for the biggest domestic cat are held by this breed.

If you are looking for an elephant in cat’s clothing, get a maine coon.

If you have seen a savannah cat in the flesh before, you’ll be tempted to call Animal Control to report a wild cat on the loose.

That is exactly what it is.

But mostly in appearance. They have been bred and domesticated to be loving and affectionate cats.

There are different grades to this cat breed with F1 hybrid male cat being the largest in size. A male can easily grow up to 30lbs.

The ragdoll is a very docile and affectionate cat breed. These cats are known to grow to be rather large, up to 20 lbs.

Their fluffy and thick fur gives the impression of an even larger head. 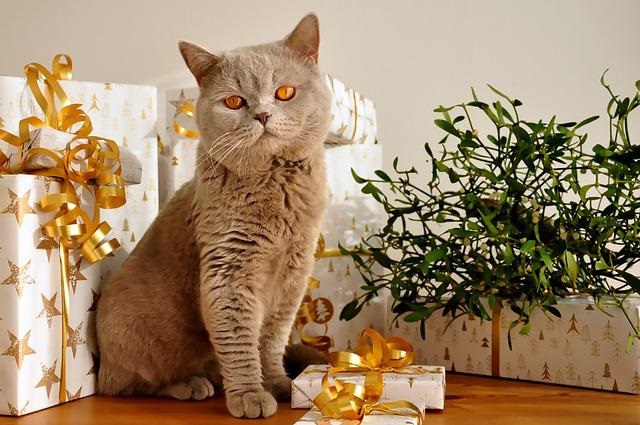 The British shorthair looks like the feline version of the British bulldog. It is stout, compact, stocky and has a rather broad face.

The broad face is the calling card of this cat breed and is a feature of the cat regardless if it is neutered or not.

Benefits Of Neutering Your Male Cat

There are some cat owners who feel that neutering their male cat seems like a cruel act. In all honesty, it is even worse for the cat if it remains unfixed.

Here are some valid benefits of neutering your cat.

Unneutered male cats are territorial in nature due to their sex hormones. Unfixed stray and feral cats will roam around and engage in territorial spraying to ward off other cats.

During mating season, many male cats will get into fights resulting in injury and the transmission of cat diseases.

Even if you plan to keep your unfixed male indoors, it will still spray all over your home and stink up the place.

Once neutered, your cat won’t have the urge to roam as it coincides with the desire to mate.

This is good for your cat’s safety as it takes away the risk of your cat getting into fights or being involved in a vehicular accident when crossing roads.

Without the ability to reproduce, there will be fewer unwanted pregnancies in cats. A female cat can have up to 200 kittens in her lifetime.

An uncontrollable cat population means that millions of cats are euthanized every year in shelters due to the lack of space and funds to keep them.

This is very sad as many of these cats are healthy and can be rehomed.

So please help to prevent unwanted cat pregnancies by sterilizing your cats.

There are also recognized cat initiatives like Trap Neuter Release (TNR) that aim to sterilize stray and feral cats to keep the wild cat population down.

How Is Neutering Done In Male Cats? 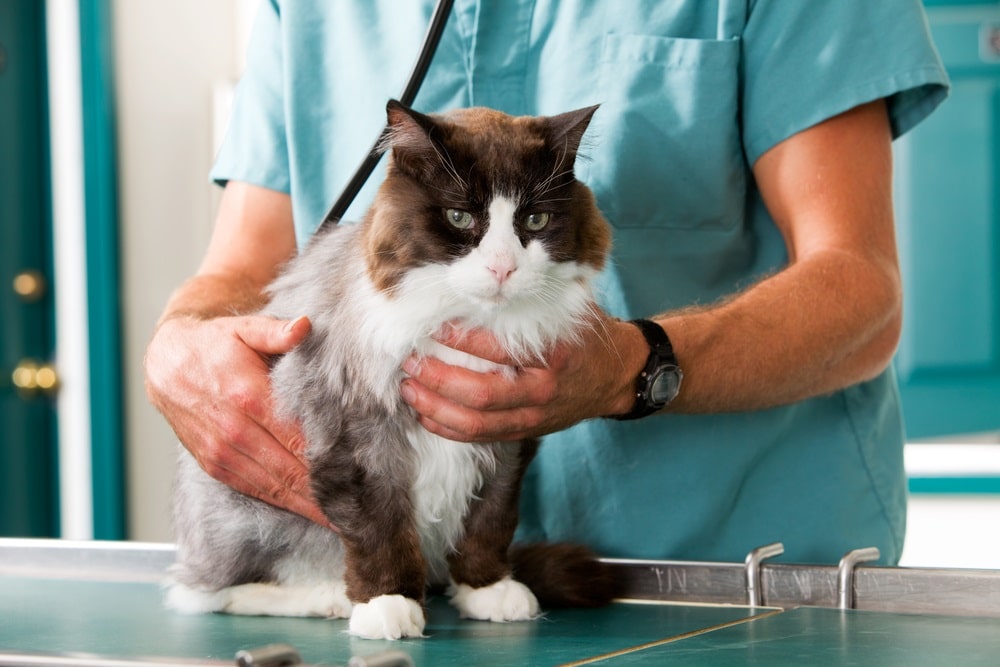 Neutering a male cat might sound like a difficult procedure but it is a lot quicker and easier than expected.

The cat is out under general anesthesia and the fur around the scrotum area is shaved down to the skin.

Tiny incisions are made on the cat’s scrotum and the testicles are then removed.

After the testicles are removed, the incision will be glued back or left open to heal on its own.

This whole procedure takes less than an hour and your cat is able to go back once the vet feels it is stable enough.

Just know that your cat won’t be its usual self for a few days after the surgery. But there are a few things that you can do which can help expedite your cat’s recovery after being neutered.

It is interesting to realize that testosterone has the same effect in cats as it does in humans. Neutering your cat will prevent those outstanding chubby cheeks from growing.

But more importantly, it will prevent more unwanted pregnancies from happening which can lead to more issues with the local cat population.

Male cats who have already developed a bigger head and cheeks will stay that way even after being neutered.