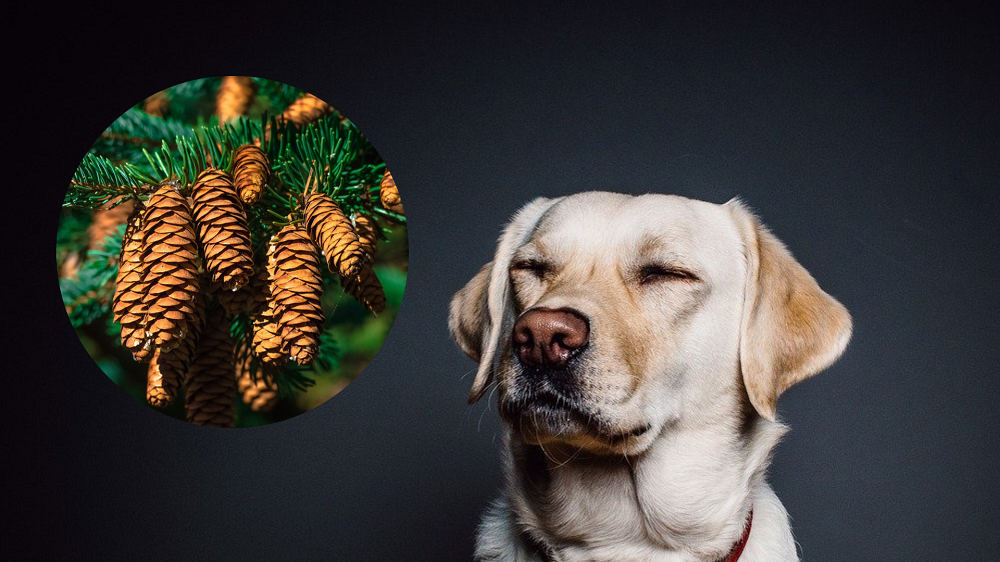 For many, their favorite time of the year would be spring and summer. But for me, autumn has a special place in my heart. The changing color of the leaves, colder breeze and pending winter put me in a self-reflecting mood.

Another thing that autumn is known for is pine cones and lots of them. The park that I usually take my dog to for walks is just littered with pine cones. My dog loves playing with pine cones, just batting them around with his paws and chewing on them.

There were a couple of times when he almost ate one. I had to pry it away from his mouth. What would happen if our dogs accidentally ate a pine cone? Although pine cones are not toxic to dogs, they can pose a serious blockage risk in your dog’s throat and intestines. There are also certain species of pine trees that have toxic parts which can cause adverse symptoms in your dog.

In this article, we will be taking a look at some of the dangers that can happen if your dog eats pine cones.

What Are Pine Cones? 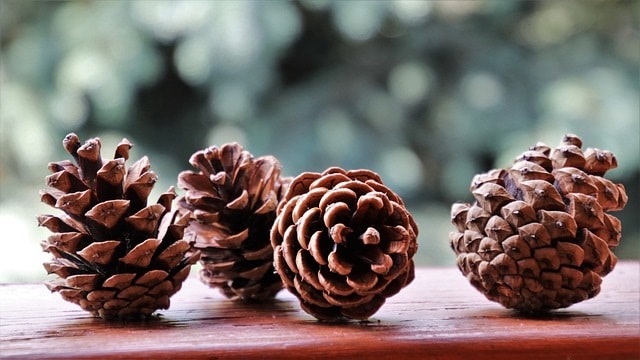 Pine cones are derived from pine trees which are more commonly found in temperate regions. They are actually par of the tree stem that has been modified for reproduction purposes.

Pine cones come in all shapes and sizes and color or should I say, shades of brown. A small pine cone can measure about 2 cm and a huge pine cone can be as long as 50 cm. You sure as heck don’t want one dropping on you or your dog.

The role of the pine cone is to protect the pine nuts or pine seeds that are nestled inside. The pine scales can close up tightly when the weather is cold and wet. Once it is dry enough, the scales will open to let the wind disperse the seeds.

Many of us dog owners tend to not give it much thought when our dogs are playing and chewing on pine cones. It might seem cute at that time but not many are aware of the potential dangers when dogs eat pine cones.

Pines Cones Can Choke Your Dog

Have you ever touched a pine cone before? Did you notice how hard and dry they can be at times? They aren’t the softest of objects and your can dog can have trouble breaking it into smaller pieces.

Depending on the size of your dog in relation to the size of the pine cone, it can easily get lodged in your dog’s esophagus when your dog attempts to swallow it.

Knowing how to do the Heimlich maneuver on your dog when it is choking could mean the difference between life and death.

The pine scales can also dislodge and get pierce your dog’s gums. As your dog continues to chew on the pine cone, it can splinter and cut into your dog’s throat and stomach lining when swallowed.

I know it sounds like I’m in describing a murder scene in some horror novel but such incidents have happened before.

Pine Cones Can Cause An Intestinal Blockage 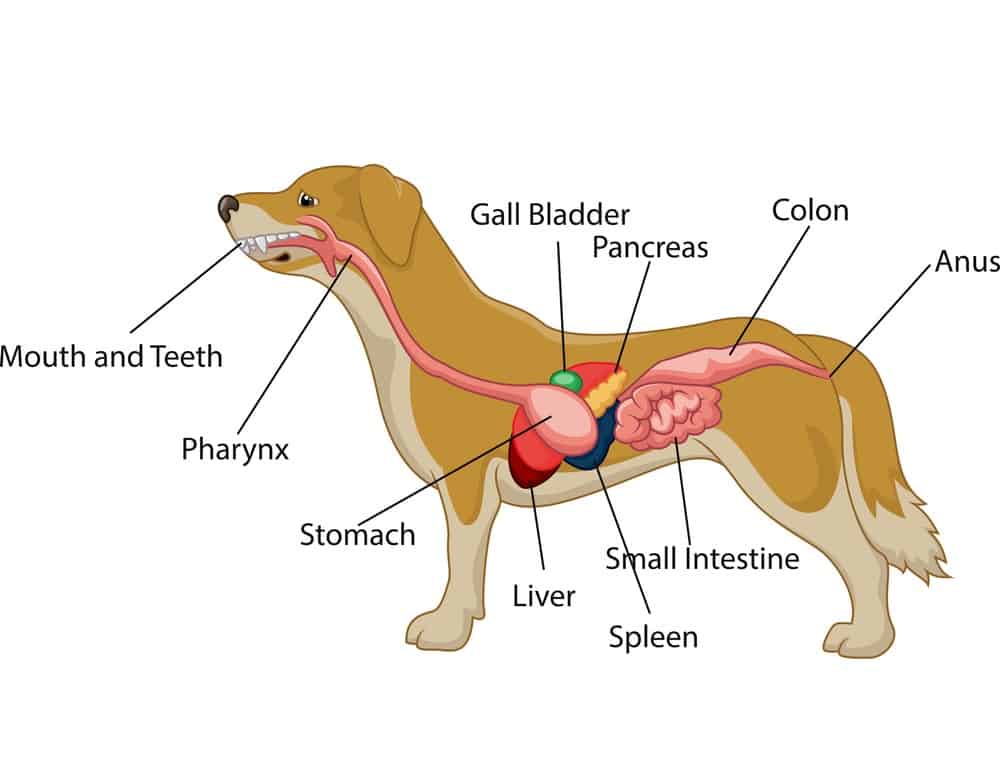 Even if your dog manages to chew and swallow the pine cone without a single scratch, there is still a very strong possibility that it can get stuck in your dog’s intestines, especially if your small-sized dog ate a big cone.

Your dog isn’t able to digest the pine cone as it is too hard which means that the only way out is either the front (regurgitating) or back (pooping) of the dog.

I once spoke to a dog owner at the park whose golden retriever was having a fever, lethargic and didn’t have much of an appetite. The vet thought that the dog had a viral infection and send it home with some medication.

The situation didn’t improve and this time round, an x-ray was done on the dog. What they found was a rather large pine cone that was firmly lodged in the dog’s body and causing an intestinal blockage.

It cost my friend a few thousand dollars for the surgery but thankfully the dog made a complete recovery.

Your dog can face the same danger when it bites and plays with a squeaky toy. If your dog manages to bite apart the toy and swallow the squeaking device, it can cause a blockage in your dog’s intestines.

Intestinal blockages in dogs are very dangerous as they can cause canine bloat. It can happen when there is an obstruction in your dog’s digestive system causing it to be filled with gas food or fluid.

When this happens, the dog’s stomach can fold onto itself which can be fatal if left untreated. Canine bloat needs immediate medical attention and can only be treated with surgery.

Other symptoms of an intestinal blockage in dogs include:

Another sign to look out for is your dog stretching its neck and looking up to try and relieve the pressure in its tummy.

Pine Oil And Sap Can Be Toxic To Dogs

Pine cones by themselves are not toxic to dogs. However, a pine tree can produce pine sap that can cause some irritation to your dog.

Sap from the pine tree can be produced all year round but it is most commonly seen during the spring and summer months.

The purpose of pine sap is to transport nutrients all around the tree and even onto the pine cones.

Pine oil is derived from the leaves of the pine tree which are also called pine needles. When the pine cones drop to the floor, there can be pine needles attached to the cones as well. If your dog chews and ingests a sufficient amount of pine needles, it can suffer from pin oil toxicity.

It only takes a small amount of pine oil to affect your dog and symptoms can be seen within 2 hours.

Symptoms of pine oil poisoning include:

Besides containing pine oil that is toxic to dogs, there is a reason why they are called pine needles.

These leaves are hard and shaped like needles that are capable of puncturing your dog’s stomach and bowels when ingested.

There is a high chance of your dog swallowing a couple of pine needles when chewing and playing with pine cones.

Some Pine Trees Are Known To Be Poisonous 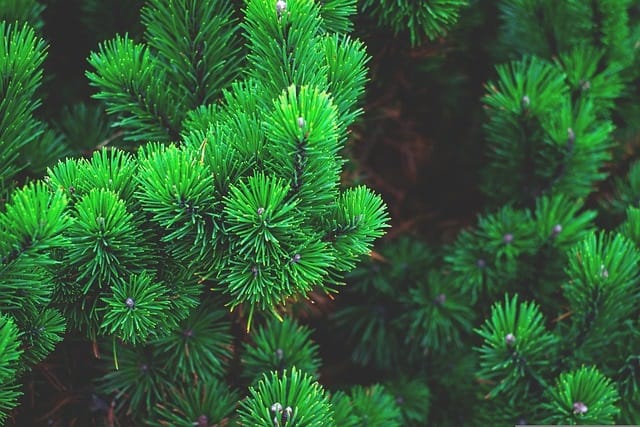 The ASPCA has classified a few pine tree species as poisonous to animals. They are the:

If you live in an area where such trees grow, please make sure that you are able to identify them and keep your pets away from them.

Why Is My Dog Eating Pine Cones? 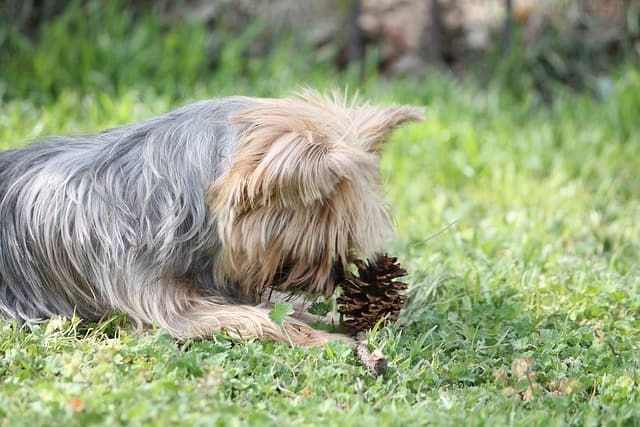 Pine cones aren’t exactly the most sumptuous thing on a dog’s menu. Many dogs happen to eat or chew on them out of curiosity.

Unlike humans, dogs do not have fingers to interact with the world or anything that they find interesting. Instead, dogs use their mouths and sense of smell to figure things out.

Puppies are more prone to swallowing objects than they should not due to the lack of training and understanding. It is best to keep a watchful on young dogs as they tend to be more mouthy with things.

There are some dogs that can suffer from an eating disorder called Pica. Such dogs have a strong desire to eat inedible objects like fabric, metal, plastic, glass and even pine cones. Some dogs with Pica can even have the urge to lick paint which can be highly toxic for dogs.

Unfortunately, there is no cure for Pica and scientists are not too sure what can cause this eating disorder. Some believe that it is most probably due to a genetic problem or malnutrition.

Are Acorns Safe For Dogs? 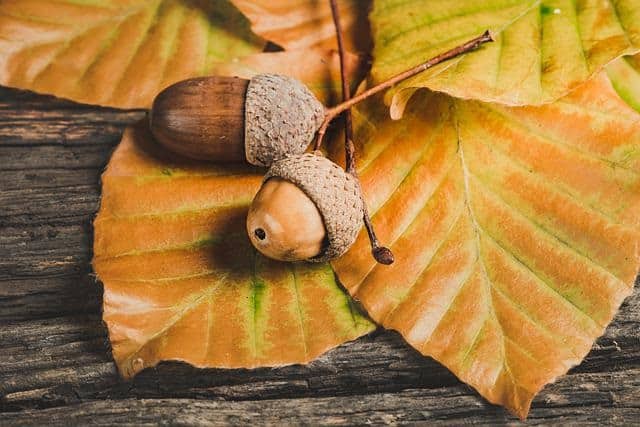 Acorns are the fruit of the oak tree and can be very commonly found in parks and hiking trails. One thing that dog owners need to know is that acorns can be rather toxic to dogs.

According to Dr. Jerry Klein, acorns contain tannin which can be harmful to dogs. When eaten by the dog, it can cause stomach pain, kidney failure and even death in more severe cases.

Even if you are able to identify all the poisonous pine trees, it is still best to train your dog to leave pine cones alone.

The risks of your dog getting into health issues when ingesting pine cones are just too great. Not everything from nature is safe to be consumed.

All it takes is just one second for your dog to swallow something it should not.

If your dog has eaten a pine cone, please take it to the vet right away for a check-up. The quicker you get your dog treated, the easier it will be for the vet to expel the pine cone from your dog’s body.