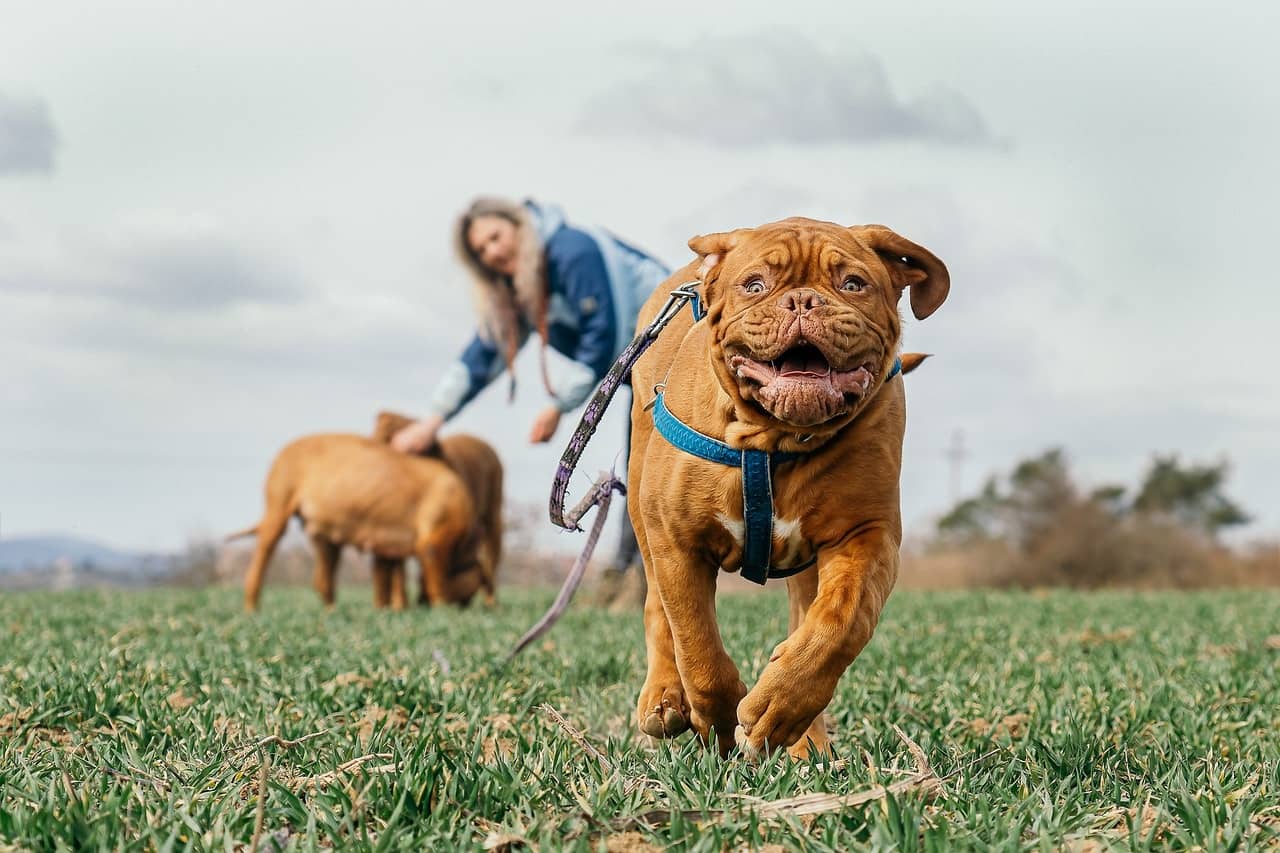 If there is one thing that I always ensure is that my gates are closed all the time. Not because I’m being anti-social towards my neighbors but because it’s to keep my dog from chasing cars.

When Bongo was a puppy, he had a rather bad habit of wanting to chase cars when we went for walks or when he heard one coming down the street. It is a really scary thought to imagine one’s dog being hit by a car and left to die on the road. Something which has happened far too many times.

There’s no way of telling when your dog will suddenly start chasing cars. But what can cause this behavior? All dogs can have the tendency to chase after cars due to their natural canine instincts. However, this car chasing behavior tends to be more common in dogs with strong prey or herding drive who will regard cars as a target to chase. It makes these dogs feel as if they are hunting or herding a living animal.

More than 10,000 dogs are either injured or killed in car accidents each year in the United States alone. You don’t want your dear canine friend to be part of the statistic. In this article, we will cover in detail the common reasons why dogs chase cars and how you can put a stop to it.

Why Has My Dog Started Lunging At Cars?

The first time my dog made a lunge towards oncoming traffic, I saw his life flash before my eyes and I thought that was the end.

For some reason that day, I twirled his leash a few times around my palm which stopped him just in time from getting hit. Needless to say, the driver was just as terrified as I was. Thankfully, she was a dog owner as well and was concerned about my dog.

There’s no way for dog owners to know when their dog will just suddenly lunge and chase cars. But here are some reasons that can explain such a behavior. 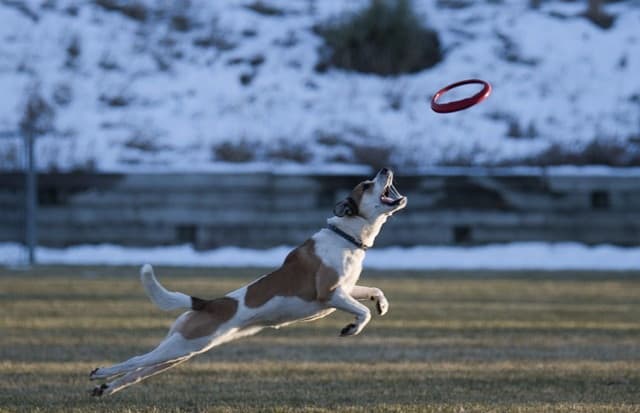 Throw a ball or frisbee near any dog and it is probably going to chase it, fetch it and bring it back to you.

Do the same to a cat and you’ll probably be the one chasing the object and bringing it back.

Dogs just have a strong innate inner drive to chase. It is common to also see dogs chasing after other animals like birds, squirrels, small critters and even cats! This stems from their strong predatory and territorial instincts.

Since the dawn of time, dogs have always been predators which evolved from wolves. As carnivores, they will need to seek, pursue, capture and kill the prey. Wolves tend to live and hunt as a pack which requires them to chase down their prey till it is totally exhausted.

The good thing about hunting as a pack is that they have the ability to take down much larger prey like buffalo, mooses, warthogs and antelopes.

Being out in the wild, holding as much territory as possible could mean the difference between life and death. These animals will have no qualms in chasing other intruders as far away as possible to keep them out.

Over time, dogs have been domesticated by man and the need to hunt for food is no longer necessary. However, this doesn’t mean that they have lost their primitive desire to chase prey.

Different dog breeds react differently to their prey drive. Dogs that are good at tracking or sniffing out drugs have a strong desire to seek. Terrier breeds love to bite and grab on to their object while Greyhounds love the thrill of a high-speed chase.

It all boils down to going after something that is getting away quickly from the dog.

Not only do dogs have a natural prey drive, but there are also some dog breeds that have a strong herding drive.

These herding dogs have been bred to herd livestock on farms and they too love to chase things and try to control them. The most common herding dog breeds are:

It is also common to find these dog breeds as family pets in rural areas too.

Your Dog Is Bored 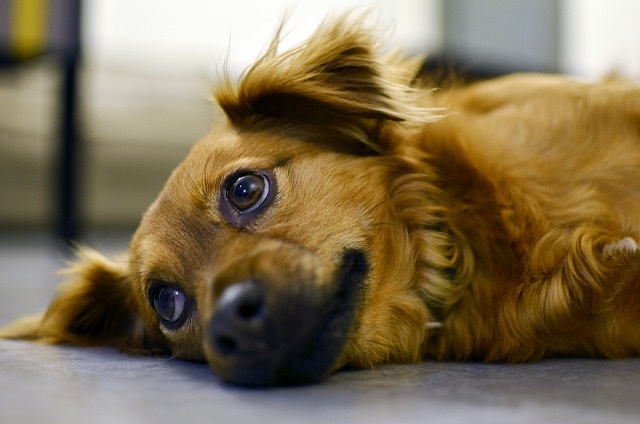 Another reason why your dog chases cars is out of boredom. Let’s be honest, when we first got our dogs, we were always excited to take them for walks and to the dog park. But after some time, we tend to get lazier and started walking our dogs less.

This can cause your dog to become bored and bored dogs tend to make their own fun like destroying your home while you’re at work or chasing cars to pass time.

Neither activity should be encouraged and can be corrected by interacting more with your dog.

I know that the less thing on your mind after a long hard day is to walk your dog for an hour. But it is very important for your dog to get its needed daily exercise.

Dogs do well with a routine too. If you go from walking your dog once a day to once every fortnight, boredom will definitely start to set it. Especially if you have a high-energy dog breed like a Border Collie or German Shepherd.

Your Dog Is Still A Puppy 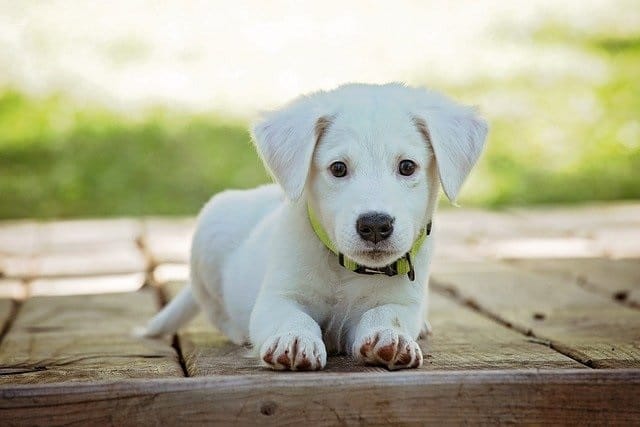 If your dog is still a puppy, the word is still their playground. Everything and anything is still a source of fun for your dog even if it is a two-ton truck going at 40 miles per hour.

Puppies are full of energy and have yet to receive proper training from you. Chasing after cars might just be a puppy thing and not something due to bad behavior.

You can expect most puppies to go into full terror mode between the ages of 3-6 months. Pet owners should mentally and physically prepare themselves for a drastic change in their dog’s behavior.

The Dangers Of Chasing Cars

I don’t think much needs to be said about the dangers of your dog’s car chasing behavior. This dangerous activity can result in your dog being hit or run over by a car resulting in a very serious injury like having a swollen occiput in your dog’s head or even death.

Even if the driver managed to serve out of the way, such a dangerous maneuver can cause an accident with another car or pedestrian.

How Do I Stop My Dog From Wanting To Chase Cars?

It isn’t the end of the world if your dog has suddenly acquired a taste for chasing cars. There are some ways that you can employ to help desensitize your dog to cars. Basically, the main aim is to train your dog to treat cars as something mundane and unexciting.

Use A Head Halter

Head halters are a great way to have more control over your dog when going out for walks. It has a good ‘dampening’ effect on reactive dogs. Especially so for dogs that tend to pull on the leash when they spot a car.

It works similar to a collar leash but the strap goes around the dog’s muzzle and below its chin. When your dog starts to pull on the head halter, the positioning of the strap will cause his head to move down or to the side.

This will help reduce the pulling power and turn away the dog’s focus away from the car.

I personally find head halters great for small to medium-sized dogs who don’t pull hard or have a habit of lunging when a car passes by.

But if you have a powerful dog that is capable of ripping your shoulder off when it pulls or lunges, using only a head halter can cause injury to your dog’s neck. What I would suggest is to use a collar leash to control the dog in addition to the head halter.

So at least when your dog starts to pull very hard, the collar leash can take some of the pressure off the head halter.

Never walk your dog off leash unless it is in a secure and fenced-up area where it is allowed.

Tire Your Dog Out First

An energetic dog has more drive and energy to go chasing cars. Tire your dog out before the walk by playing tug of war or fetch in your backyard first.

This will help tone down your dog’s energy levels a few notches and make it less willing to chase cars. Furthermore, a tired dog will focus less on its environment and more on you which will make it easier to control your dog. 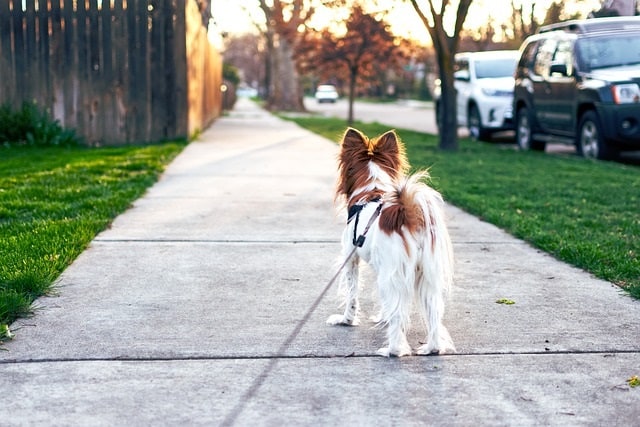 If you live in an area where traffic is heavy, it might be a good idea to try and plan your walking route before taking your dog out.

If possible, try to avoid busy streets so as to minimize as much distraction to your dog as possible.

For dog owners that are not able to avoid busy streets, keep your walks shorter and continue playing with your dog at home.

You don’t really need a lot of space to keep your dog stimulated. Playing a puzzle toy or trying to find something hidden in the house can tire out your dog pretty well.

Even training sessions are a good way to mentally and physically stimulate your dog. It keeps them alert and learning.

These days, it might be possible to learn how to train your dog properly by just watching a few Youtube videos. However, if we are looking at a scenario where it is highly possible for your dog to get injured or killed, it would be best to seek the help of a professional dog trainer.

It can be tricky to find a suitable trainer for your dog. If possible, find one who specializes in such behavior in order to achieve a better outcome.

Get a trainer who also includes the dog owner in the training program. You and your family members also need to know how to control the dog. There’s no point having your dog behave like an angel with the trainer and a bat out of hell with your take over the reigns.

I also tend to prefer trainers that use a mixture of both negative and positive reinforcement in their training methods. By negative, I do not mean shouting or hitting the dog but the dog got to know when no means no at times.

Do Dogs Grow Out From Chasing Cars?

For all you know, your dog’s sudden habit of chasing cars is just a phase and it will grow out of it in a few months. However, I wouldn’t bet on it as the desire to chase stems from a very deep-rooted primal instinct for dogs.

It is similar to cats going excited when they spot a small critter or creepy crawly.

It is best to try and stop your dog from chasing cars as soon as you notice such a dangerous behavior. The longer you allow your dog to do so, the harder it will be to break the habit.