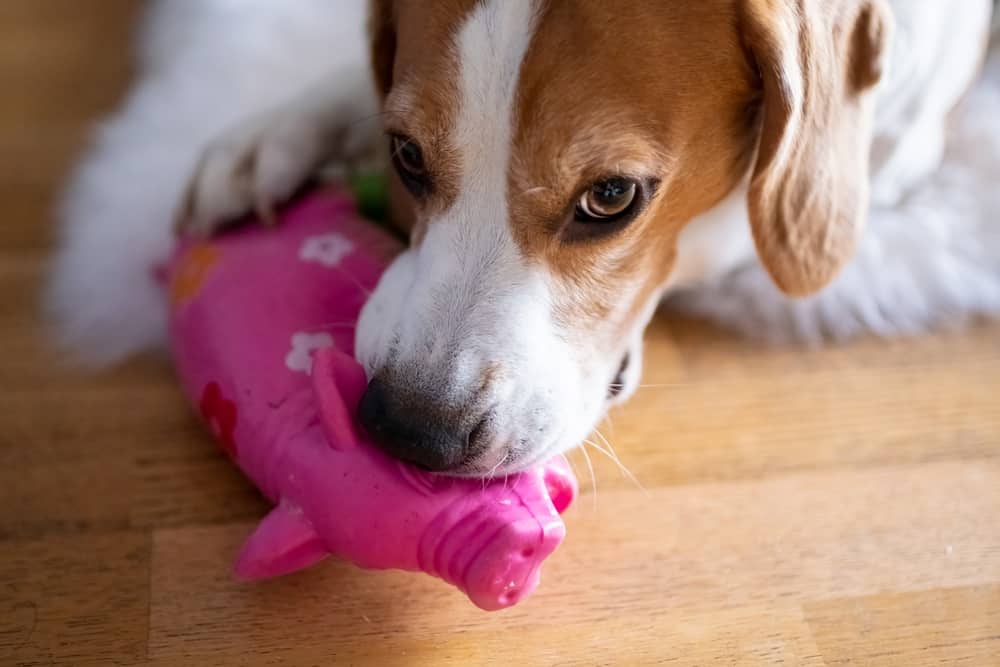 As harmless as squeaky toys might seem, they are actually bad for our dogs. Squeaky toys carry a dark secret that not many dog owners know about. But why are squeaky toys bad for dogs?

Squeaky toys are bad for dogs due to a few reasons. If the dog manages to chew and swallow the squeaking device it can become a choking and obstruction hazard. Some pet behaviorists also believe that squeaky toys can intensify your dog’s prey drive and make it more aggressive. Puppies that constantly chew on such toys can also develop bad mouthing problems.

Let us take a closer look at this seemingly innocent toy to really understand why it might not be the best thing for your dog to play with.

What Are Squeaky Toys? 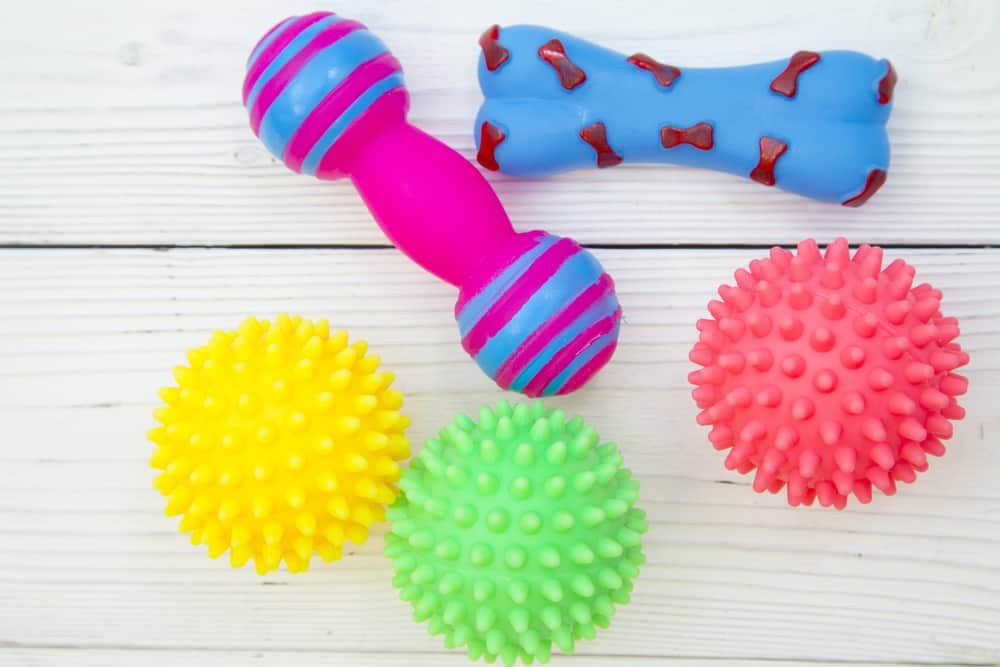 Squeaker toys are soft hollow toys that are usually made or a soft material or vinyl. They can also come in a wide variety of colors and shapes.

What gives such toys their name is that they each contain a squeaking mechanism that lets out a long high pitch “SSSSQQQQUUuuuueeeeaakkkk”.

Why Do Dogs React To Squeaky Toys?

Out of all the dog toys that my dog has, I have to say that the squeaky dog toys grab his attention the most.

This is due to something that is very ingrained in our dogs.

All dogs have a prey drive as it is part of their DNA having evolved from wolves and being carnivores.

It is this prey drive that gives our dogs a natural instinct and skillset when catching prey to eat. You might not see your clumsy and lazy dog as an animal with predatory instincts but when presented the opportunity most dogs like to chase after small animals.

These small animals can include rabbits, rodents, skunks, possums, squirrels and even birds. Many dog owners have reported seeing their dogs eating baby bunnies or showing up with a dead mouse in their mouth.

Our dogs might not have the hunting kill rate of a cat but they do pretty well on their own.

When its comes to playing with a squeaky toy, the squeaking sound resembles that of a small animal in distress.

This sets of the predatory instinct in your dog that excites it everytime it bites into the squeaky toy and is rewarded with a squeaky noise.

To your dog, it feels like it has caught a prey and can even start to shake the toy violently in its mouth. This is how wild dogs kill their prey as the violent shaking action is strong enough to break their necks and back resulting in an instant death. 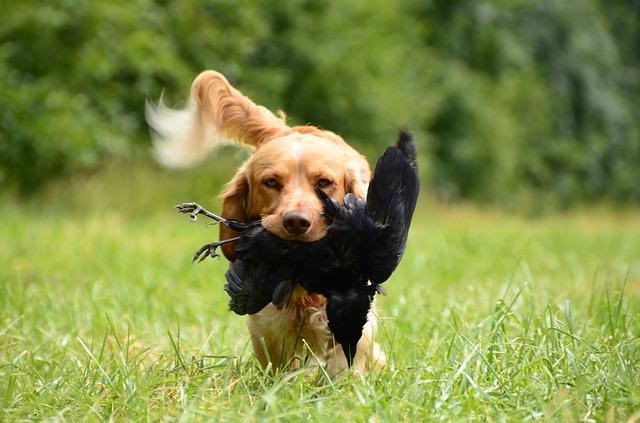 There are two schools of thought here.

Some dog trainers and experts believe that using something that squeaks for a dog toy does seem to encourage a greater intensity of play as compared to a quiet dog toy.

The dog is rewarded by a high squeaking sound whenever it bites into the toy and this can encourage aggression in some dogs.

To the dog, it starts to form a positive association with biting and squeaking up to the point of becoming an obsessive behavior. This teaches the dog that it is ok to bite and play with anything or anyone that makes such a sound.

This may cause the dog to show more aggression towards smaller animals or someone that accidentally makes a high-pitched noise.

There are some dog owners that seem to disagree with this school of thought.

They feel that a dog that has a strong prey drive towards an object isn’t the problem here. The problem arises when the dog’s prey drive is not under control by the owner.

Like how the saying goes “There are no bad dogs, just bad owners”

Even though all dogs have a prey drive, there are different ways of showing its prey drive. It ranges from stalking, sniffing the prey, chasing the prey, killing and consuming the prey.

There are some dogs that only enjoy the sniffing and chasing part while others might derive more satisfaction from actually making a meal out of it.

A dog that shows a strong prey drive towards the toy might only be interested in being aggressive towards it and not a living thing.

Biting Hard Is Bad For Retrievers 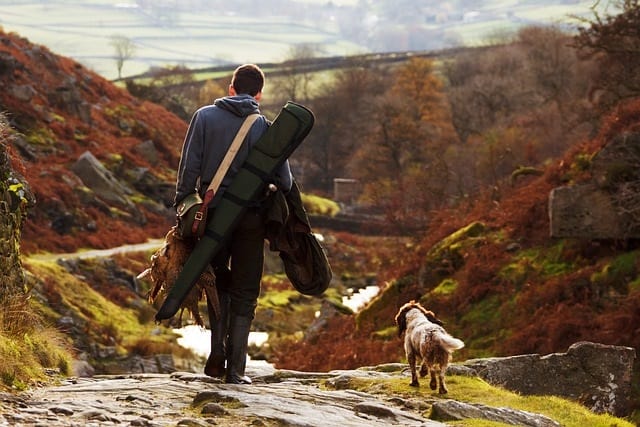 There are some dog owners that prefer certain dog breeds like the Labrador and the Golden Retriever for hunting.

These dogs are great for chasing down game that the hunter has shot, retrieving it and bringing it back to the owner in one piece.

A squeaker toy can indirectly train the dog to bite harder just to get a louder squeaking sound. This might not be the best outcome for dog owners that use their dogs as retrievers during a hunt.

It might not be that big of a problem if the hunt is for bigger birds like ducks and geese. But you definitely do not want your retriever biting hard into smaller and delicate birds like quail and grouse.

That will definitely mash up the bird too badly to be eaten.

Swallowing The Squeaker Inside

Most squeaking toys that I’ve seen are made of vinyl which is a pretty hard material to tear through. However, some of these squeaky toys are like stuffed toys that are made of fabric.

The majority of dogs can tear through such material in a jiffy without breaking a sweat, even for small dogs like Chihuahuas and Maltese.

When your dog gets too carried away when it is tearing up the squeaker toy, it can accidentally swallow the squeaking device.

I’ve personally cut open a few squeaking toys to remove the squeaker which is usually made of plastic or some soft metal. It can cause some damage to your dog’s teeth and mouth if it bites into it.

Another ‘innocent’ object that can a lot of damage to your dog is a pine cone. When your dog happens to eat a pine cone, the sharp edges can cause injury and some pinecones are large enough to cause an obstruction as well.

I’ve spoken to my vet about speaker toys and she says that there have been many cases of dogs swallowing the stuffings and squeaker of such toys that ended up causing a blockage or perforating the dog’s intestines.

If your dog has accidentally swallowed the squeaker, you need to take it to the ASAP for removal. It can be fatal for your dog if it gets stuck someone in its body. 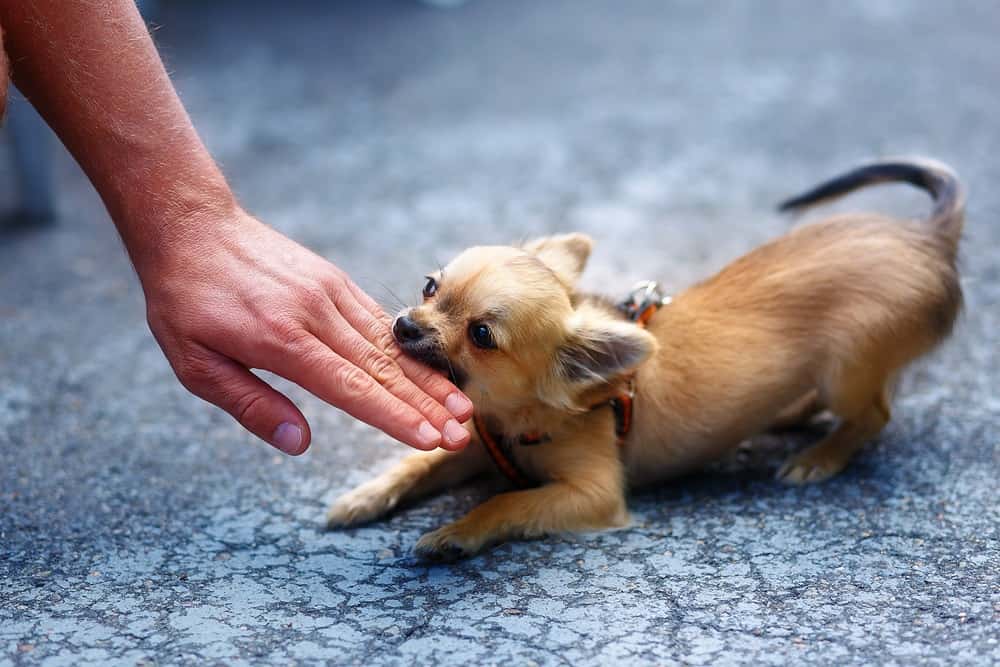 When I first got my dog as a puppy, the one thing that he loves to do was to bite and chew things. Almost all of my shoes have been chewed up by him.

By giving your puppy a squeaker toy, the young dog feels more inclined to bite down more often and harder just to hear the ‘prey’ sound from the toy.

This can cause your dog to have a bad mouthing problem as it gets older.

Having a cute small Rottweiler puppy gnawing away at your hand might seem adorable. But not when it grows into a 80 lb dog with ferocious-looking teeth which can tear your hand apart.

Bad mouthing problems can be hard to train away so it is best to not even let your dog get started on this.

Seeing your dog go bananas on its favorite toy might make you think that your dumb dog actually thought it caught itself a real prey.

Your dog is just simulating the actions of what it would do when it catches an actual prey. But it is smart enough to know that what it is biting into is just a non-living object.

There are a couple of ways that allow your dog to know when it is an actual prey. 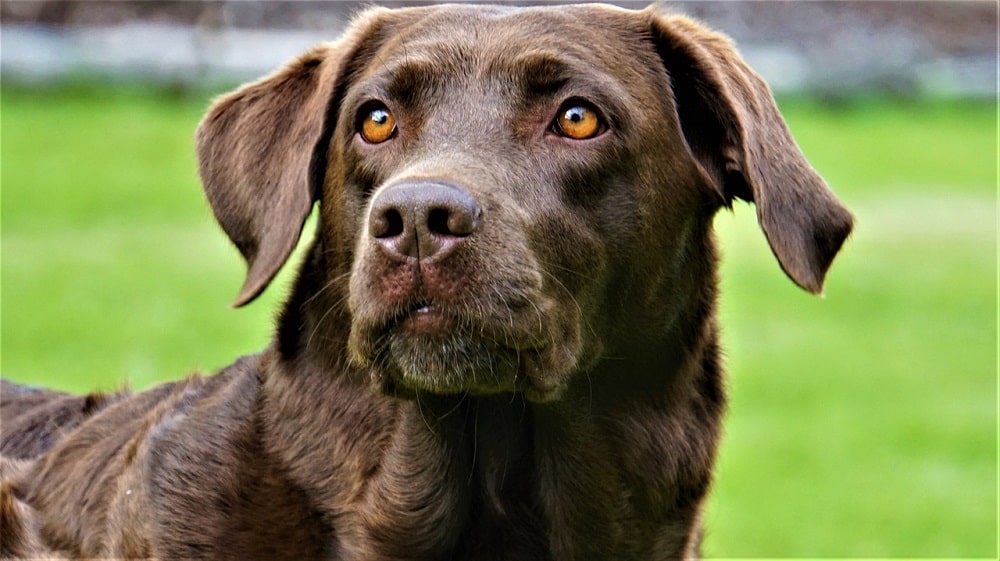 A dog’s sense of smell is pretty amazing and can detect odors that we don’t even know exist. Your pooch’s nose is said to be a million times more sensitive than ours. Imagine those times when you farted in your dog’s face as a joke.

You won’t be laughing now.

A scientific study has also discovered that a dog’s nose and brain is able to detect the body heat of an animal. Dogs probably got this ability from wolves from which they evolved.

Only a few creatures known to mankind have this ability.

Movement is another big signal to the dog that something is alive. A potential prey will move erratically and sometimes away from the dog when detecting its presence.

Squeaky toys will just remain stationary regardless of what the dog is doing. A prey will struggle and try to escape when grabbed by the dog.

Should I Let My Dog Play With A Squeaky Toy?

It all depends on the breed and individual personality of the dog. I am sure there are many dogs out there that can get aggressive with their squeaky toys but wouldn’t harm a smaller animal or children.

And I won’t be surprised if there are also dogs that have no control over their prey drive regardless of what toys they enjoy playing with.

As mentioned earlier, uncontrolled prey drive is dangerous and as responsible pet owners, this is something that we have to address and teach our dogs.

If you don’t wish your dog to treat animals like he does with a squeaky toy, then don’t give your dog one at all.

Even if your dog knows the difference between squeaky toys and a live being, the squeaking device can still pose a health hazard for your dog.

I think with everything, it’s a balance. Not everyone will agree and not every technique will work 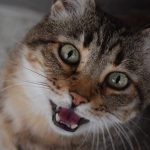 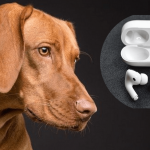 Dog Ate Airpods (Music Is Coming Out Its Ears!) 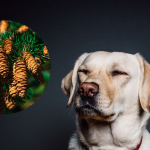 What Happens If My Dog Eats Pine Cones? (Must Know For Dog Owners!)