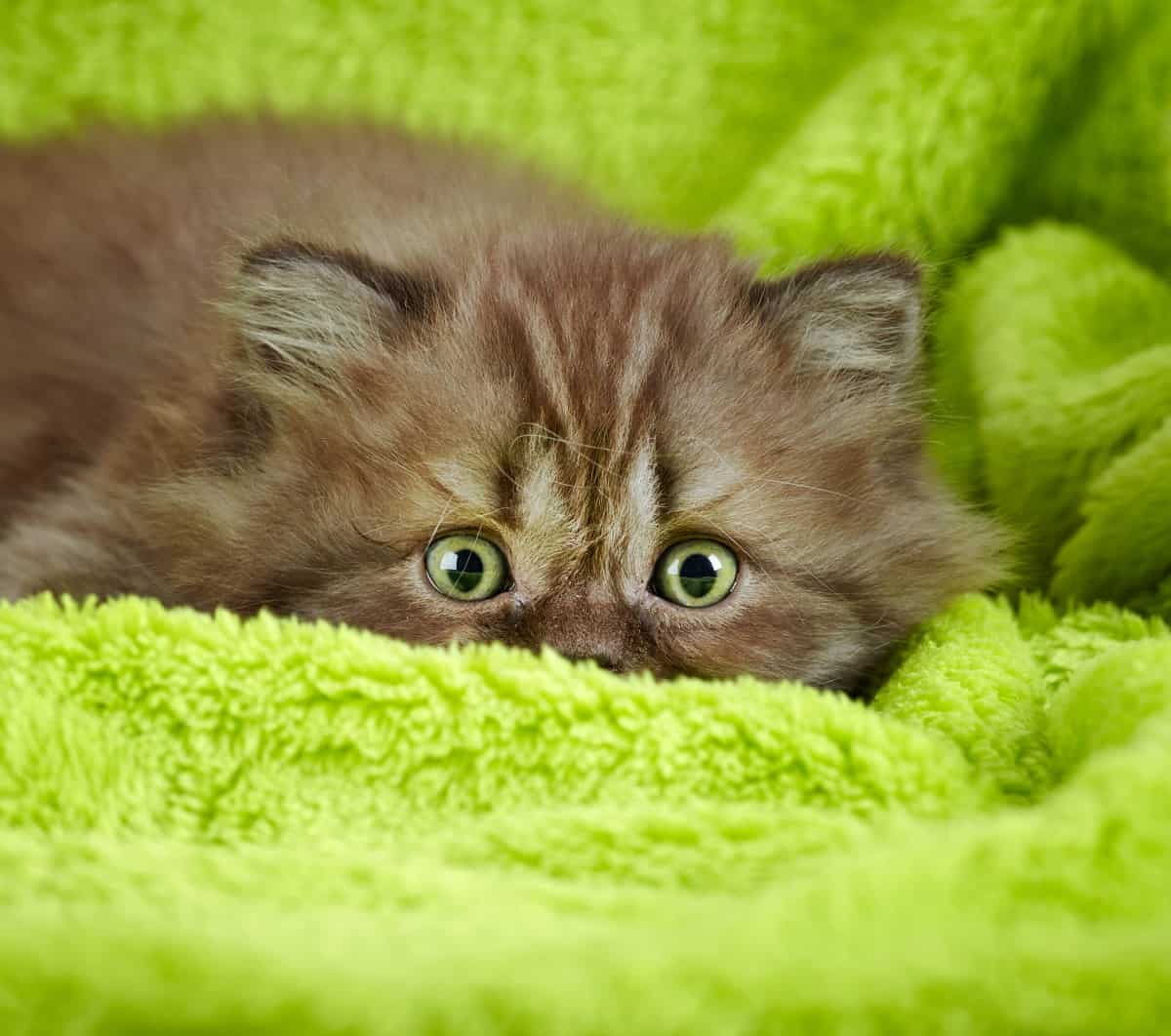 As much as I love my cat, there are times when his behavior leaves me scratching my head in disbelief or confusion. Just the other day, he walked up to where I was standing, paw-punched me twice in the ankle, chased his tail and then took a cat nap as if nothing happened.

If you have a cat like me, I’m sure you are quite baffled by your cat’s actions at times. One thing many cats have in common is how spooked out and jumpy they can get out of the blue.

What if your cat is scared of something that you can’t see?

It is possible for your cat to seem afraid of something that you can’t see. This is due to your cat’s ultra-sensitive senses that allow it to pick up on sights, sounds and odors that are not noticeable by humans. Some of these external stimuli can make your cat scared all of a sudden. There are some underlying medical issues that can also cause your cat to react out of fear.

Let us take a closer look at some of these factors that can spook your cat.

Why Is My Cat Suddenly Scared Of Something?

The term ‘scaredy cat’ was coined for good reason. It is rather befitting of your cat when it can behave like a scared cat for no rhyme or reason.

But is your cat just acting up?

To further understand this problem, we need to see the world from a cat’s perspective.

Cats are sensitive creatures that can get triggered easily. They have more nerve endings in their bodies than us and their senses can detect things that cat owners didn’t even know existed.

Cats in their world rely a lot on their sense of smell, sight and hearing to hunt for prey and escape from predators. Even though your indoor cat has a butler to call its own, it still possesses the same prowess of awareness.

Here are some possible reasons that could be spooking your cat suddenly.

A cat’s world is largely defined by its nose. They have a nose that is super sensitive, almost 14x more sensitive than a human’s.

Not only is a cat’s nose sensitive, it is also smart enough to break down the scent into its individual components. For example, when we smell a bbq going, the most prominent smell would be the smell of grilled meat.

Your cat will be able to sell that and detect the peppers, garlic, spices, honey and whatever ingredients used in the marinade.

Cats use smell to mark their territory and identify other cats by the use of urine. . It might be that your cat has smelt the pheromones of another roaming cat or wild animal in the vicinity.

Even if you know that your frightened cat has smelt something ‘off’, you won’t be able to see where it’s coming from as cats can pick up a scent as far as 150 feet (45m) away.

Good golly! There’s like the width of a football field.

Some of us can’t even see that far let alone detect a smell from that distance.

Besides having a great sense of smell, your cat’s ears are like radars attached to your cat’s head which can rotate up to 180 degrees to pinpoint the direction of the sound.

The hearing frequency range of a cat is also phenomenal. We share the same low frequencies of 20 Hz. But at the high end of the audio range, cats can detect sounds at 64,000 Hz.

That’s 3x higher than us humans!

This means that your cat can detect loud noises that you can’t even hear. Add to the fact that cats can hear a sound that’s 3000 feet (900m) or more.

It is now easy to understand why your cat could be spooked by a loud high-pitched sound coming from far away like your neighbor that’s using a vacuum cleaner a few streets away.

Cats can also detect vibrations on the ground due to their sensitive paw pads. This is why many cats don’t like their paw pads touched for this reason.

They are sensitive enough to detect even a 1 degree change in ground temperature.

With paw pads this sensitive, they act as seismic sensors for the cat, able to detect ground vibrations. Many scientists believe that cats are better than most animals when it comes to predicting earthquakes.

A study done in Japan showed that cats are 10x more active just before an earthquake strikes. Cats can sense a change in the atmosphere as well as pick up subtle yet strong vibrations on the ground.

This makes the worried cat move around more as it tries to hide or make sense of what’s happening. 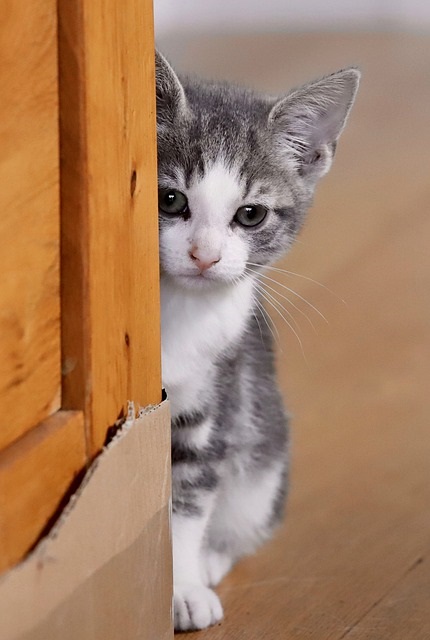 Having been around many cats in my life, I am led to believe that there are cats that are just naturally high-strung.

My cat used to be like this in his younger years. He would freak out about almost everything. I think he redefined the term ‘scaredy cat’ as well.

He kinda grew out of this phase when he was about 6 years old. Guess he realized being so high-strung all the time was eating into his energy and nap time.

Have you recently introduced a new family member or a pet to your cat? If yes, your cat might not be feeling very receptive toward the new animal or person.

Most cats are creatures of habit and love a fixed schedule. Anything that can cause a major disruption to a cat’s day-to-day schedule can cause it to behave erratically.

With the new person or animal around, there will be new sounds and smells for the cat to get used to.

Cats aren’t the quickest to adapt to changes hence they might act in fear of these new changes until they start getting used to them.

Many pet owners are too quick to introduce someone new or other pets to their cats. The socialization process needs to be slow and moved at the pace that your cat is comfortable with.

Seizures in cats are rare compared to dogs but it does happen. Seizures are caused by damage to the cat’s brain, poisoning and diseases that affect the cat’s metabolic immune system.

There are two types of seizures that a cat can experience, partial and general seizures.

p.s. the below video is of a cat having a pretty bad general seizure. If you are squirmish about seeing cats in such a state (cos it just breaks your heart), I would suggest that you give it a skip.

If your cat is conscious during a seizure, it is aware of what Is happening to its body but will be scared due to the lack of control.

Unlike a cat who’s having a bad that you are able to wake up, you can’t stop a seizure until it is over. All you can do is make sure that your cat doesn’t fall and hurt itself. 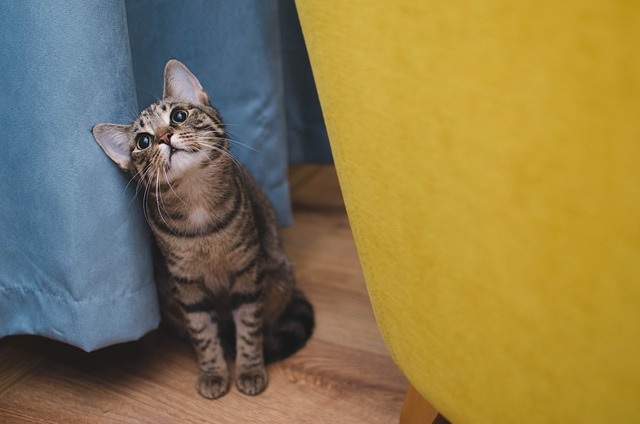 Congratulation if you have recently gotten a new cat. There are amazing animals and will bring you lots of joy and laughter.

A word of caution though.

Give your cat as much time as possible to settle into its new environment. When bringing your cat home for the first time, keep it isolated in a room for a few days to get used to the smells and sounds.

Don’t just leave your cat in the living room and go about your day.

Spend a lot of time with your cat for the first week or so until it has settled down.

I noticed a lot of differences when I first brought my dog and cat home. My dog was ready to play after checking out his new home.

Whereas for my cat, I didn’t see it for almost 3 days as he was too busy hiding under the bed. I only knew that he was still alive from his empty food bowl and used litter box.

It is possible that your cat could be in pain without showing any signs of injury. Cats are masters of disguise when it comes to showing pain and discomfort openly.

This is because if an animal displays signs of weakness or injury in the wild, it will be earmarked by potential predators as an easy target.

Such a behavior has been ingrained in your cat’s DNA and can’t be changed.

Your cat might have gotten into an accident, a fight or is suffering from an underlying medical condition that is causing pain and discomfort.

I left this reason for last and with a question mark because the science of cats being able to sense the supernatural or ghosts is still based on hearsay.

Many people believe that due to the very sensitive nature of cats, they can sense a difference in energy which could signify the presence of a spirit.

Cats are known to stare at corners or chase things that don’t exist. Dogs will start barking and whimpering at nothing.

I have noticed my cat staring at nothing a couple of times but it could just be a coincidence and nothing else.

How Can You Tell If Your Cat Is Scared?

Cats that are scared or afraid tend to show signs and symptoms as stressed cats. Here are some signs to look out for:

How To Help A Scared Cat?

Based on my experience, a cat that is scared or stressed will usually go into hiding most of the time.

When approaching a fearful cat, you need to be calm and gentle. Do not force too much affection on your cat but just be close and give it a lot of positive reinforcement.

Do not try and drag your cat out of its hiding spot or it might turn aggressive towards you.

I wouldn’t be too concerned if your cat behaves this way once in a blue moon. Cats will be cats after all. But if this has been happening often and affecting your cat’s quality of life, it is best to take your cat to the vet for an examination.

The vet needs to do a complete blood and urine analysis on your cat to see if it’s due to a medical problem.

How Long Will A Cat Hide If It Is Scared?

Cats like to hide when they sense danger or when feeling anxious. How long your cat will hide depends on how affected it is at that time.

I’ve seen my cat hide for a few hours when I have guests over and only appeared when they left. My cat also disappeared for the whole day when he had a UTI and wasn’t feeling sociable at all.