I’m guessing you must have arrived here from another blog post of mine ‘Does A Full Moon Affect Cats? Fact Or Fallacy?

If you are a cat owner then check out that article for an interesting read. Otherwise, read on to learn more about the different phases of the moon.

What Is The Moon Anyways?

If you have looked up into the night sky, you would have noticed that the shape, closeness and brightness of the moon change from day to day.

The moon is considered a satellite object that orbits around the earth. This is because it doesn’t have the mass or gravitational pull to be considered a planet.

However, the moon is more than just another space object to study. The moon actually helps to stabilize the earth and moderate our climate.

The Moon is the 2nd brightest object in the sky after the sun. However, the moon doesn’t create its own light source like the sun.

We are able to see the moon due to the sun ray’s illuminating off of it.

The changing phases of the moon are caused by the relative position of the earth, moon and sun.

There are eight different phases of the moon:

During each separate phase of the moon, you will notice that the moon differs in shape and illumination.

The new moon happens when the moon is between the earth and the sun. During the new moon, we won’t be able to see the moon as the part that we are seeing isn’t illuminated by the sun.

On the night that the moon reveals a tiny bit of itself, that is called the waxing crescent moon.

It’s also the most common shape that you find in children’s books.

You won’t be seeing a quarter of the moon during this phase but rather half of it.

This stage happens when the moon is past half its size and we can start to see more and more of it as the days pass.

“Gibbous” is a Latin word that is used to describe an object that is rounded or convex in shape.

This is when the moon is at the brightest and closest to earth. The full moon happens when the earth is between the moon and the sun.

This is also the time when animals like our pet cats and dogs start behaving weirdly or so they say.

The visible portion of the moon is now smaller than half its normal size and it’s getting smaller. The moon is in the last quarter of its orbit before it goes dark again.

You won’t be able to see much of the moon anymore at this stage. It’s usually a thin crescent shape and will continue to get thinner and thinner before it disappears from sight.

How Many Full Moons Are There In A Month?

On average, we should see at least one full moon a month. Due to the difference in the earth’s vs the moon’s orbit cycle, we can see more than one full month each month.

What Is A Lunar Eclipse?

A lunar eclipse occurs when the Moon passes through the center of Earth’s shadow, which is caused by our planet passing between the Sun and the Earth. This happens every year but is only visible to observers on the other side of Earth.

There are 2 types of lunar eclipses:

During some phases of a lunar eclipse, the Moon can show up reddish. This is because the only continuing to be sunlight reaching the Moon at that point is from around the sides of the Planet, as seen from the Moon’s surface.

From there, an observer during an eclipse would certainly see all Planet’s daybreaks as well as sundowns at the same time. 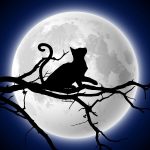 Does A Full Moon Affect Cats? Fact Or Fallacy 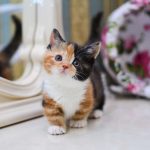 Why Is My Cat Small? 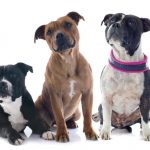 When Do Staffies Stop Growing? (Your Questions Answered)