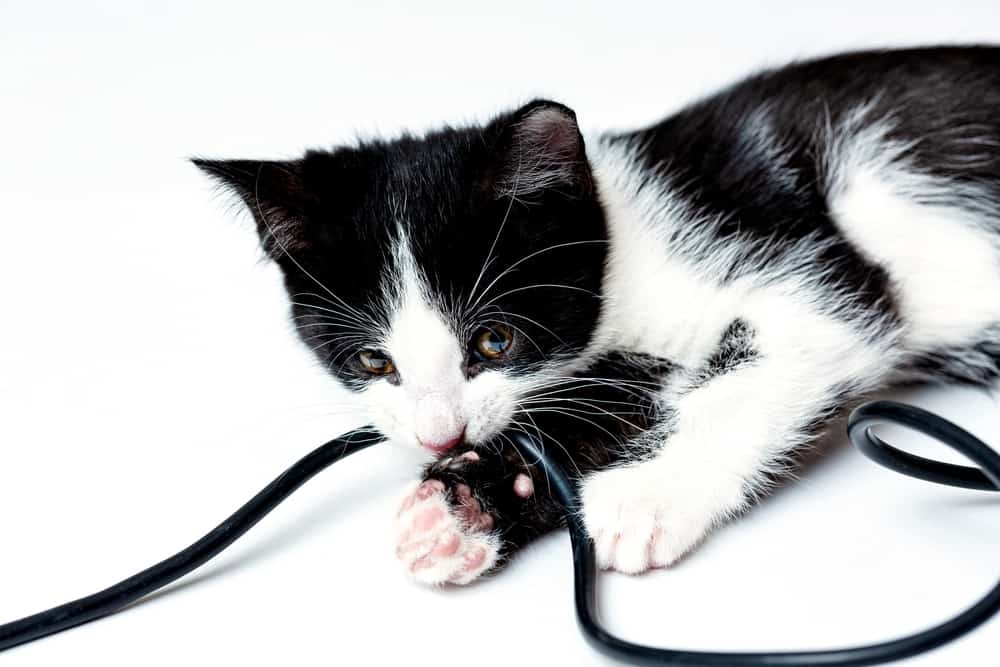 I can’t really say that I’m a big superhero comic fan but if there is one character that I think is super cool, that would be ‘Storm’. Her ability to control the power of storms and lightning made for a fascinating sight.

Our cats might not be natural-born superheroes than can harness the power of an electric charge but some scientists believe that cats are able to detect electricity in ways that we humans can’t.

In this article, we will dig a little deeper into a cat’s natural senses to see how sensitive they are when it comes to detecting electricity.

With the impact of modernization on society, it is almost impossible to not bump into an electric device at home or when we are out.

The majority of us already have an electronic device that is glued to our faces almost 24/7.

As humans, our senses might not be able to see, hear or sense electricity or electromagnetic waves that are being emitted all around us.

How do cats know not to stick their paws or tongue into an electric socket or play with a naked wire?

Are they built in such a way that allows them to be walking furry multimeters? 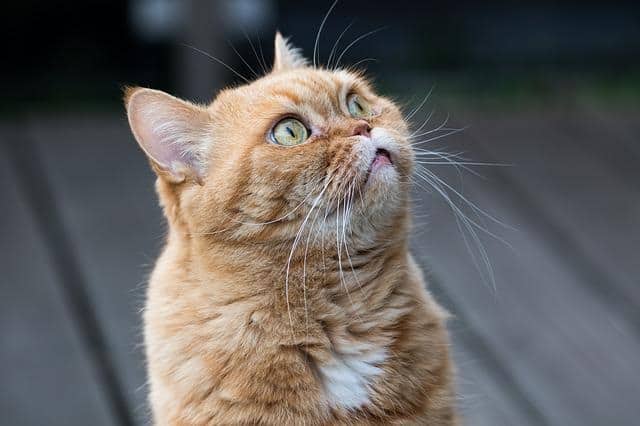 There are some types of animals that are able to navigate their way home using the sun or stars like seabirds. Or the earth’s magnetic field like turtles.

The ability to sense magnetic fields is known as Magnetoception. Unfortunately, this is something we humans do not possess.

There are many people that I know of that can’t even find their way out of a show box let alone by using magnetic fields.

It is said that cats have an in-built GPS that allows them to rely on this phenomenon. Just like Holly the cat who walked more than 200 miles to find her way back home.

In 1973, a study was conducted to study the effects of low-intensity but high-frequency electric fields on a group of untrained and unconditioned cats.

The conclusion of the study showed that was actual biological transduction in the cat’s central nervous system.

Can Cats Hear Electricity In Walls?

Mother Nature has blessed cats with phenomenally acute hearing. This allows them to detect prey while they hunt and also to detect impending danger and flee immediately.

It is indeed a true biological marvel.

Imagine having two satellite dishes situated on top of your head to help your detect incoming sounds from far away.

Cats also have one of the best hearing frequencies in the world being able to detect sounds between the frequency range of 48 Hz to 85 kHz. This allows cats to hear in the ultrasonic range.

This allows cats to hear an octave higher than most dogs.

A cat’s ear can also detect minute changes in the tone of a sound, as little as one-tenth of a tone. This allows a cat to pinpoint the source of the sound with absolute accuracy.

As amazing as your cat’s hearing can be, it isn’t able to hear electricity at all. That’s because electricity doesn’t produce any sound in the first place. If your cat has been tearing down your LED light strip from the wall, it’s probably due to the color than the sound of it.

There has to be some movement of air in order to hear electricity like thunder after a flash of lighting.

If your cat is able to hear a very faint clicking or high-pitched sound you might want to call the electrician to have a look at your wiring. 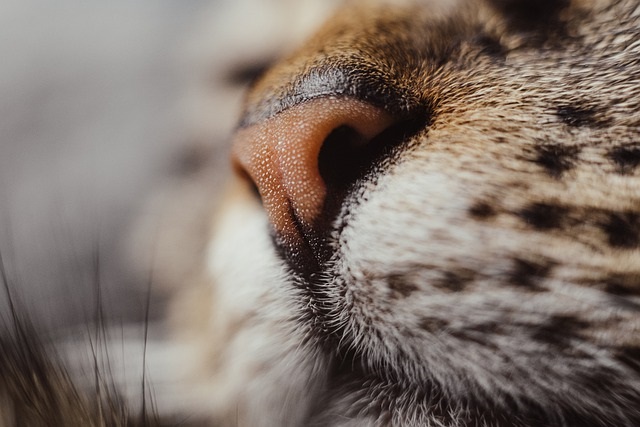 A cat is led by its nose which makes its sense of smell such an important sense for a cat. The nose of a cat contains close to 200 million scent receptors which make their sense of smell 40 times better than ours.

Cats have the ability to separate scents from each other and they use their own scent as a means of communication.

Cats are not able to smell electricity as an electric charge doesn’t have an odor. One thing for sure is that electricity generates heat. And this heat can be hot enough to heat up the insulation.

Warmed wiring insulation can have a very faint smell to it that we can’t detect but our cats can.

If your car is able to detect some sort of smell that is coming from the wiring insulators, I sure hope it isn’t a burning smell as that wouldn’t be good for the safety of those at home.

Another part of a cat that has extreme sensitivity is the cat’s whiskers. The cat’s whiskers are evenly aligned on its whisker pads and are coarser and thicker than a cat’s regular hair.

Each individual whisker is rather long and has roots that run three times deeper than the regular fur. At the end of each whisker is a follicle that is full of nerve endings. This makes the cat’s whiskers as sensitive as our fingertips.

The main purpose of the whiskers is to help the cat detect changes in air current to pinpoint the exact location of the prey when going in for the final kill.

It also helps the cat detect obstacles in the dark and squeeze through tight places without getting stuck.

A cat’s whiskers are basically hairs and are nonconductive. Hence they wouldn’t be able to detect any form of electricity.

The only way the cat’s whisker can detect an electric charge is when it causes changes in the air current which is then detected by the whiskers.

There isn’t any real proof for us to understand how some cats can avoid electric fences. A farm owner claims that his barn cat swings its whiskers forward when the electric fence is on.

It seems that the cat is able to pick up some kind of charge that is being emitted by the electric fences.

It could be that the cat is using a multitude of its senses to detect some change or disturbance in the air that is caused by the electricity.

Cats are very sensitive creatures and they have many nerve endings all around their body. A small variation in the cat’s surroundings is enough to make them sit up and take notice.

Why Is My Cat Obsessed with Electricity?

If you find your cat handing around electric sockets and appliances, it might be a good idea to keep him away from such things.

The last thing you want happening is your cat getting electrocuted which can be fatal.

Some cats suffer from Pica which is an eating disorder. Cats with Pica tend to chew and ingest non-edible items like plastic, fabric, metal, glass and wiring.

If it is wiring that your cat has been chewing on, it probably isn’t electricity that it is obsessed with but the wires.

It is best to cover up the wires and take your cat to the vet for a proper examination.