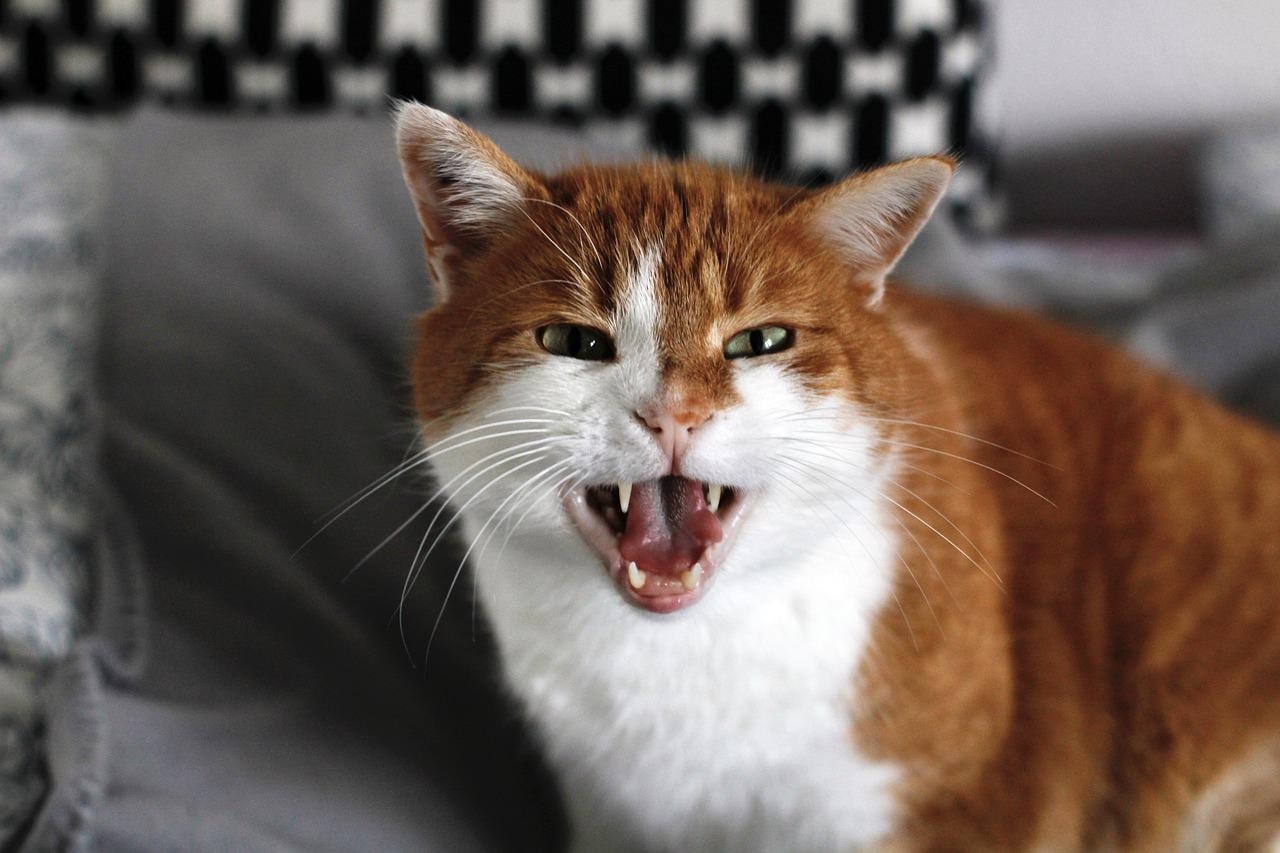 When it comes to interpreting the relationship between cat and human, it can be somewhat unpredictable at times.

It is more clear with dogs.

Almost everyone (except the mailman) is a friend. And if you give it some treats, you automatically get upgraded to BFF (best friends for life).

I have to admit that the relationship with my own cat is beyond comprehension on certain occasions.

Do you at times feel that your cat has a score to settle with you but loves your husband or spouse to bits?

It can seem that your cat is attacking you if you are not familiar with cats. Cats can get overstimulated by touch and lash out at you. It can also be due to a particular scent on you that does not sit well with the cat.

Let us try to further understand the possible reason why a cat would display aggressive biting or behavior towards you and not your husband.

Why Does The Cat Attack Only Me?

As unpredictable as cats can be, they usually don’t attack without any direct or indirect form of provocation.

By using the word attack, we are referring to the cat biting you or using its claws on you.

Here are some possible reasons that your family cat has been aggressive towards you and not your husband.

Not Socialized With The Cat

If you have recently moved into your husband’s or partner’s home after marriage, his cat might not regard you as part of the family yet.

Chances are this won’t be the first time that you have met the cat. It could be that were never took the time to let the cat know you well enough before you moved in.

There are certain steps when it comes to socializing with a cat.

The two most important aspects are patience and at the cat’s pace.

Don’t try and rush the process by being too overtly friendly and physical with the cat. Such eagerness will only put off the cat and make it fearful of you.

They say if you want the cat to like you, show it the least amount of attention possible.

Let the cat be curious about you and get comfortable with your presence.

Take a piece of your used clothing and put it at a spot that your cat frequents so that it starts to get used to your smell. Cats recognize other cats and family members through scent.

If the cat gets your smell long enough, it will start to see you as a friend instead of a foe.

Taking Up Space On The Bed 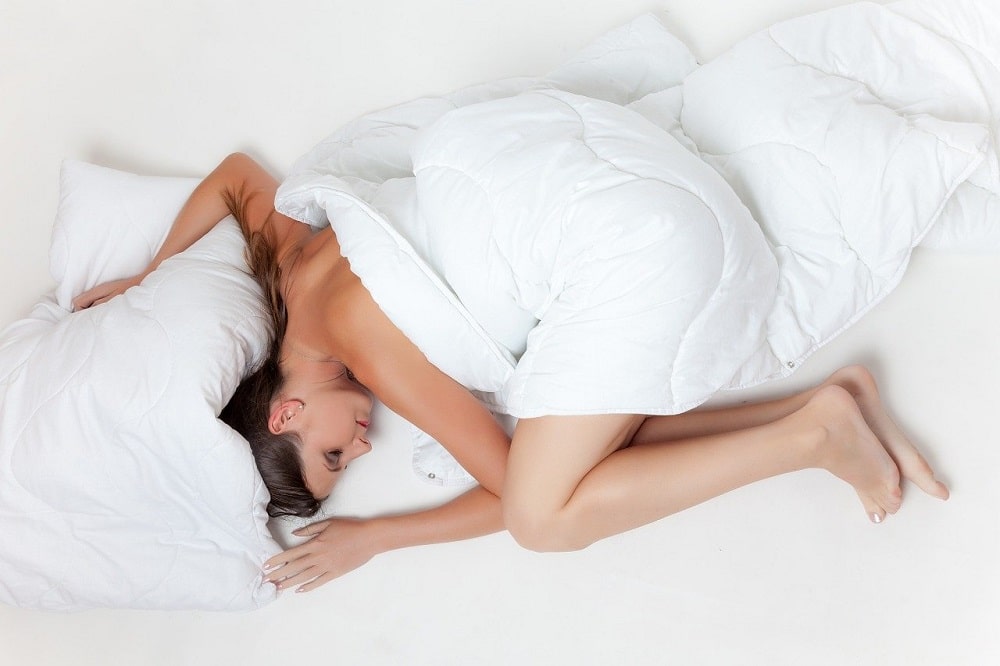 A cat’s sleeping spot is sacred.

And if you are the one that the cat has to give up its spot to, expect resistance.

My cat sleeps with me almost every night and he has a favorite spot close to my feet he loves. If my feet are blocking that spot, he won’t hesitate to smack my feet with his paws.

It could be the same with your husband’s cat with its spot right next to your partner.

I’m not saying sleep in the guest room and let the cat have the bed but make the change slowly.

If the cat likes sleeping on the cat, get the cat its own comfortable bed. Buying the right cat bed can be challenging so make sure you know what your cat likes before investing the money.

To get your cat accustomed to its new bed, put some catnip on it and spend more time giving it pets there.

How often do you shower?

Not saying you smell bad but you could be using something that is setting your cat off.

Cats have very sensitive noses and their sense of smell is about fourteen times more accurate than a human’s.

Cats can have up to two hundred million odor sensors in their noses, making them even better sniffers than most dogs.

When it comes to communication, cats use smell to recognize and understand other cats.

If you find the cat attacking your hair after a shower or when you put on a certain moisturizing cream, that product could contain an ingredient that makes your cat aggressive.

It could make smell like another hostile cat and your cat is just being defensive about it.

Change to another product to see if it helps.

Your Cat Is Sick

Sometimes when a cat is sick, it can behave aggressively towards people. This is easy to sympathize with as no one is in a good mood when having health issues.

Having an underlying medical condition can make your cat cranky and aggressive towards you instead of your husband if the bond isn’t there.

Look out for these signs to see if your cat is sick:

It isn’t possible to tell what is troubling your cat just from these symptoms but it does indicate that something isn’t right.

Bring your cat to the vet for a full checkup to see what is wrong.

Your Cat Has PTSD

Such aggressive behavior could also be due to PTSD in cats. If your cat was a rescue cat that you adopted from the shelter, it could have gone through certain traumatic events that have left an impact on the cat.

Cats with PTSD tend to behave weirdly or aggressively when triggered.

Your Cat Is Territorial

Cats are territorial creatures due to their solitary nature. Since the day your cat was old enough to leave its nest, it has to fend for itself.

It has to guard its territory carefully to prevent other animals from encroaching on its space to steal its food or attack it.

Even though your cat doesn’t have to worry about food or predators now, you can’t remove this natural instinct from your cat.

Cats that are not neutered or spayed tend to be more territorial than cats who are fixed. This happens during mating season when a male cat is on the roam for a female cat to mate with.

And when your cat isn’t allowed to go outside to sow its ‘wild oats’, it can start to get aggressive towards you.

If your cat isn’t sterilized, please do so as soon as possible. It will make your cat behave less aggressively and also help to prevent diseases like cancer.

You’re Engaging In Rough Play With Your Cat

There are many cat owners that like using their hands and feet to play with their cats. This isn’t good as it encourages your cat to use your limbs as a toy.

It also allows your cat to simulate catching and killing a prey.

Your cat’s teeth and claws are its weapons which it uses to kill prey and fight.

When your cat grabs your hand and starts kicking and biting it, that is how the cat would react in real life.

It won’t hurt much when your cat is still a weak kitten but when it’s full-grown and weighing 25lbs, it can inflict some serious damage on you.

If this is how you have been playing with your cat, stop it.

How To Stop Your Cat From Attacking You?

You can train your cat to stop its aggressive biting on you. It takes time and effort but it can be done.

I’ve trained my cat to stop using my leg as a teaser toy and was successful.

When your cat bites or scratches you, immediately say “No” or “Ouch” in a firm and angry tone. The idea here is to not scream at the top of your lungs but be assertive.

Your cat will get the idea that you are not happy and disapproves of its action.

Sometimes, your cat might engage in play biting which isn’t painful. The cat won’t draw blood with its teeth but this isn’t acceptable as well.

Whether it is a play bite or aggressive biting, you need to let your cat know that it is wrong.

If your cat isn’t going all out to hurt you, it will stop once you tell it to.

It is best to put a stop to your cat attack before it even starts. You can do this by observing its body language.

If you see your cat do the following:

These are signs that your cat is ready to attack. Tell it no and leave the area to allow your cat to calm down.

Do not engage or interact with the cat until it has calmed down. 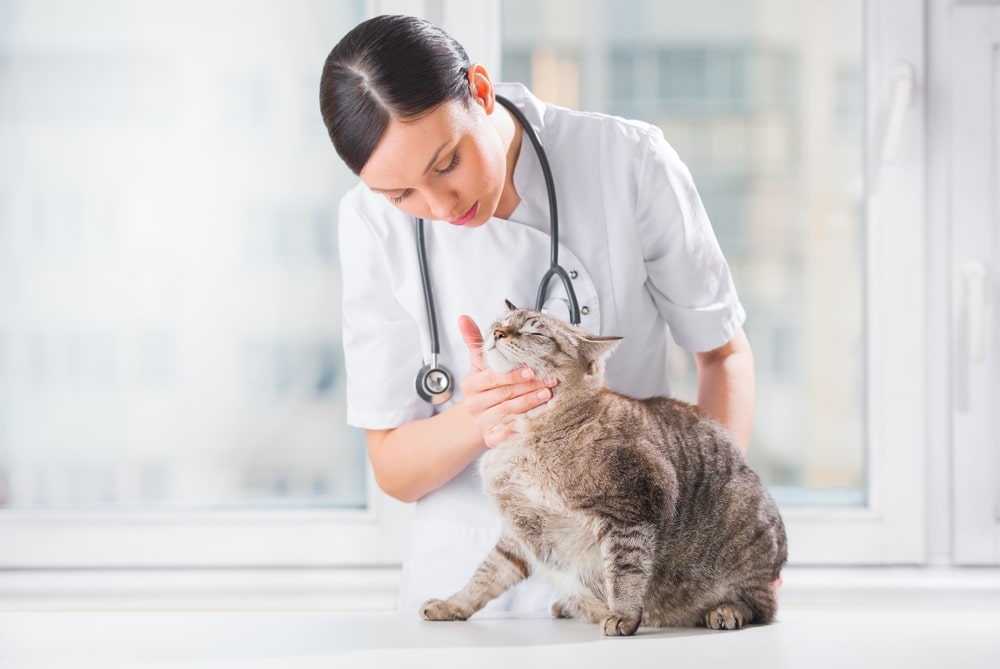 If you suspect that your cat has been acting aggressively due to a medical issue, waste no time in bringing your cat to the vet.

The longer you wait, the worse it can get.

Even if the vet gives your cat a clean bill of health, they might be able to recommend a pet behaviorist who can better assist you with your cat’s aggression.

It can be a frustrating and tiring experience when the family is only showing aggression towards you and not your partner.

This should not be taken lightly as you can get injured and put a strain on your relationship.

Please do be more patient and understanding towards the cat as it isn’t doing it out of spite. With proper training, you can start to live in harmony with the cat soon.