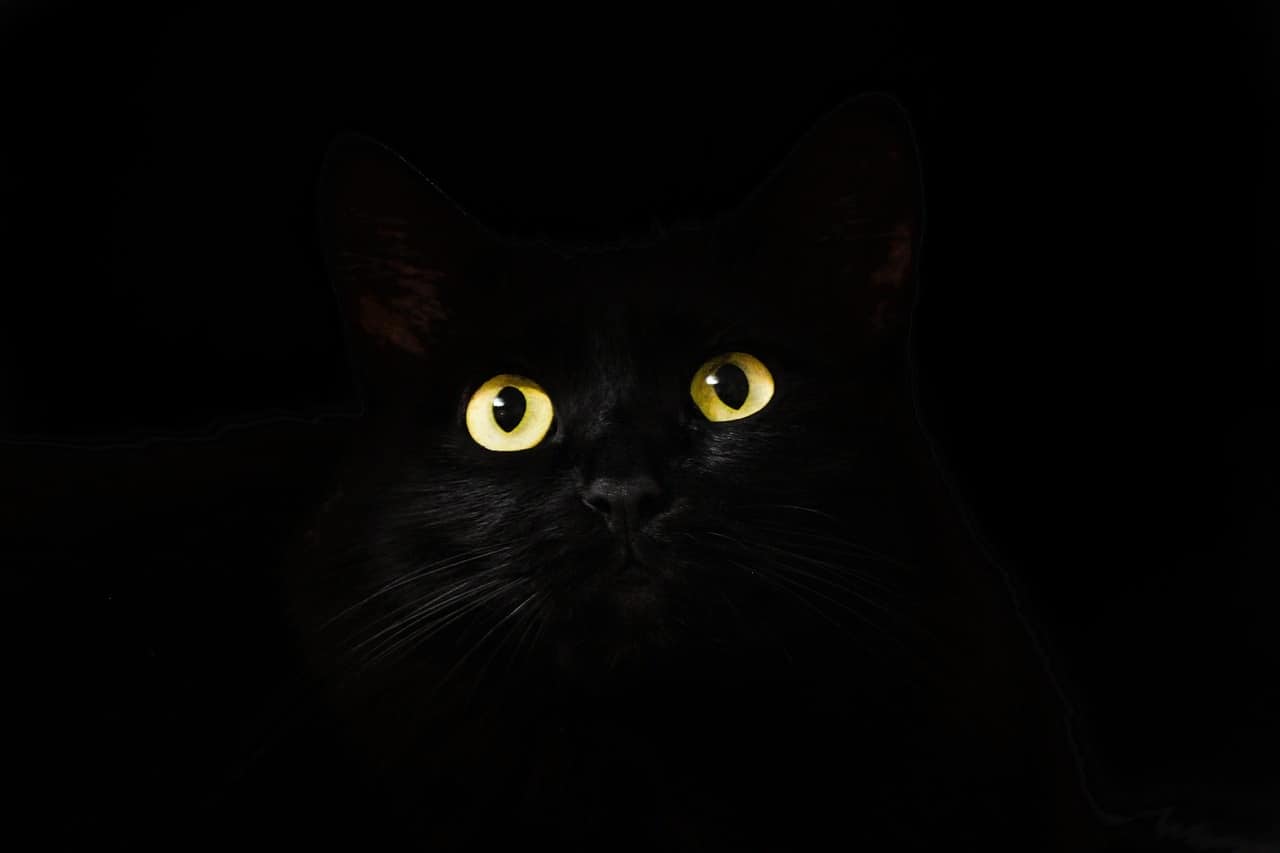 How Long Do Cat’s Eyes Stay Dilated After Surgery?

Every time my cat or dog needs to be sedated or anesthetized at the vet, I always have to sign a consent form acknowledging the risk of using anesthesia on my pets.

Most vets are skilled enough to carry out the surgery well but it can be hard to predict the effect or side effects of using anesthetic on your cat. 1 out of 1000 cats die under anesthesia each year.

One common side effect of anesthesia is dilated pupils when cats awake. But how long do cats’ eyes remain dilated?

If your cat has gone under anesthesia for surgery, your can expect your cat’s eyes to remain dilated for 24-48 hours. It takes some time for the anesthetic effects to wear off. But if your cat has persistently dilated pupils after 48 hours, you need to inform your veterinarian about it.

In this article, we will be discussing more about the effects anesthesia has on your cat’s eyes and what you should expect after your cat’s surgery.

Most pet owners that are usually anxious for their cat the night before the procedure. I trust my vet to do a good job on my pets but if there’s one thing that they can’t really control is the effects of using anesthetics on your cat.

The vet will gather as much info about your cat’s background before the procedure to prevent any complications. Being under anesthesia will lower your cat’s breathing, blood pressure, heart rate and body temperature.

And if your cat has an existing health ailment that can go awry under such conditions, the vet needs to be prepared of it.

The most common anesthetics used on pets are propofol and isoflurane. These anesthetics don’t linger in your cat’s body and rarely cause any long-term side effects.

Why Are My Cat’s Eyes Dilated After Surgery? 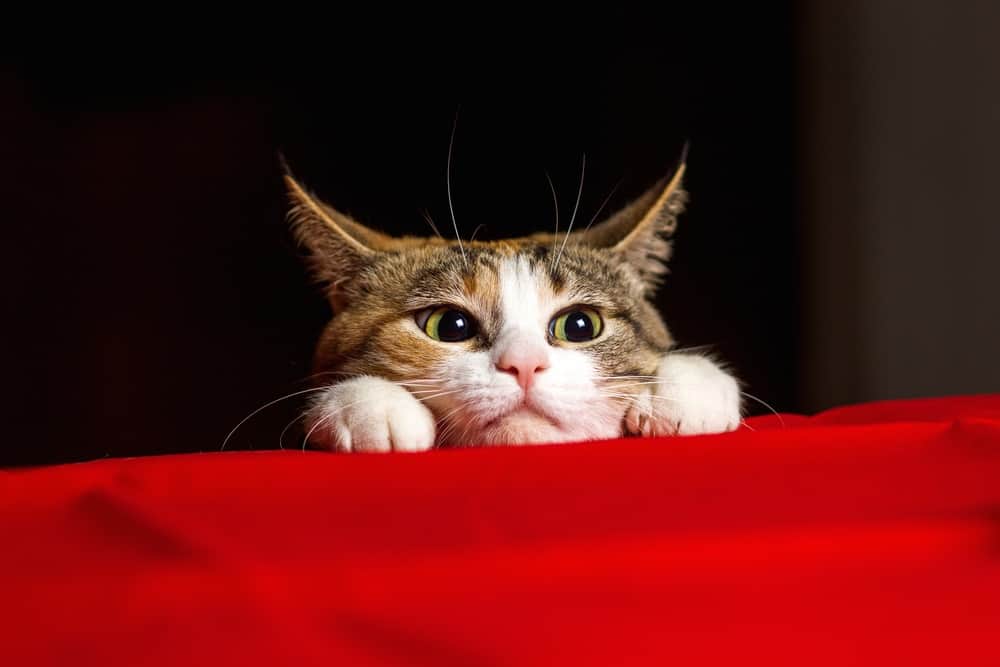 Dilated pupils after surgery is a very common side effect in both humans and animals. This is because some anesthetics contain epinephrine or also known as adrenaline.

Epinephrine is often used because it helps to numb the nerves better and decreases bleeding. This is why many people who have been in accidents don’t feel bad or realize that they are bleeding due to adrenaline.

Epinephrine also affects the size of the eyes which causes the cat’s pupil to remain dilated for a period of time. This is also known as mydriasis.

The use of opioids in the anesthesia process can also cause dilated pupils in cats.

But the dilated pupil should revert back to its normal size after 48 hours.

Can Anesthesia Cause Eye Problems In Cats?

Generally speaking, your cat being under anesthesia is safe. As long as the vet is aware of your cat’s health conditions, they can be prepared for any complications that might arise.

There has been a study that shows a significant reduction of tear production in cats during and after general anesthesia. Cats don’t cry like humans do but tear production is required to lubricate their corneas and wash about impurities.

There was another medical report of a cat going temporarily blind after anesthesia. It was said that the cat suffered from hypoxia during anesthesia.

These incidents are not to scare you and make you paranoid but weird incidents do happen at times. However, that shouldn’t stop you from putting your cat under anesthesia if there is a need to.

What Makes My Cat’s Eye Dilate?

Dilation in cats’ eyes isn’t a bad thing but it is a very natural process for any living thing that has eyes.

Animals that have a very good sense of sight have eyes that can react very quickly to changes in light intensity.

This is why cats are such excellent hunters in both night and day as their pupils dilate and constrict to give them the best visual acuity based on the amount of light in their surroundings.

If you have seen your cat’s eyes in low light, they will be as large as marbles. This is to allow as much light as possible to enter the eye. But by doing so, the cat is able to move around easily in the dark.

Your cat’s vision is 6-8 times better than yours in the dark. It is similar to having a pair of in build night vision goggles.

When Should I Worry About My Cat’s Dilated Pupils?

If either one of your cat’s pupils remains dilated after 48 hours of having the surgery, you need to have your cat examined by the vet.

Something might have gone wrong during the procedure or your cat might be having an infection that is causing the persistently dilated pupils.

My cat had Horner Syndrome after his dental procedure many years ago. This is a condition whereby my cat’s eye and facial muscles were affected due to a neurological disorder.

His left was crossed and the pupil was more constricted than the other. Plus it took him a few days to shake off the anesthetic.

I have to admit, looking at him made me giggle non-stop but I was gravely concerned at the same time. The vet said that it could be due to the tooth extraction that affected his facial nerves.

Thankfully, his left eye righted itself (pun intended) after a week,

Besides the effects of being under anesthesia, there are other health problems that can cause your cat’s eye to persistently dilate.

Glaucoma in cats happens when the fluid in the cat’s eye isn’t able to drain normally and this puts abnormal pressure on the cat’s eye.

This can cause the optic nerve to be damaged if medical treatment isn’t administered to the cat. Once this happens, your cat can be partially or totally blind.

The unfortunate thing about glaucoma is that it isn’t irreversible and often detected too late.

Here are some symptoms to look out for:

Hypertension can put a lot of pressure on the cat’s eye which makes the pupils dilate abnormally. If left untreated, it can cause blindness in cats.

A brain injury can also cause your cat’s pupil to become dilated. If your cat has recently been involved in an accident or incident that caused an impact to your cat’s head, you need to get your cat checked by the vet.

They will have to do a scan of your cat’s head to check for any signs of internal injury. 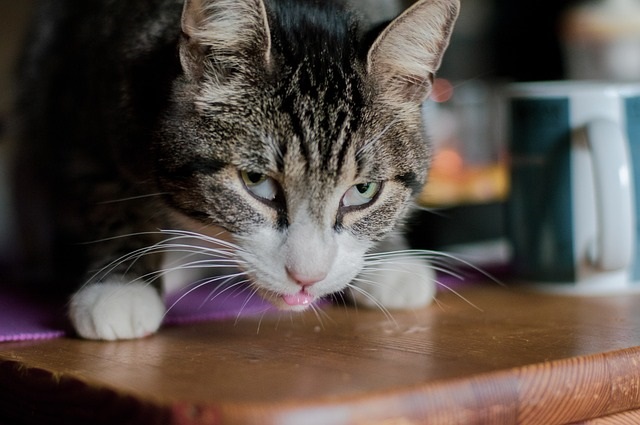 Many cat owners are not aware that their cats have more than two eyelids. There is the upper eyelid, lower eyelid and the special inner eyelid.

This eyelid serves as a protective shield for the cornea when your cat is walking through tall grass or getting into a fight. It also helps to distribute tears to lubricate and wash away dirt.

It can be common for your cat’s third eyelid to be exposed after going through general anesthesia due to extreme physical relaxation.

I have seen it happen to my cat before and it does look rather scary but it should retract itself after a day or two.

How Long Does A Cat Take To Wake Up From Anesthesia?

Most cats do not take long to wake up from anesthesia. it takes about an hour or so for the cat to regain consciousness.

However, don’t expect your cat to be its normal self when it wakes up. Feeling groggy and disoriented are common side effects for the first few hours.

Vets will keep your cat under observation for a few hours to make sure that everything is fine before allowing your grouchy feline to go home.

The majority of anesthesia complications happen during the recovery period so it is crucial that your cat is closely monitored.

If your cat has never been under general anesthesia before and is going for surgery soon, it can be hard to predict how fast your cat can bounce back to its usual self after the procedure.

There are different sedatives and anesthetics that your vet can use and every cat will react differently to each anesthetic.

But as long as your let your pet recover well for the first week, most of the side effects. will go away after a few days. 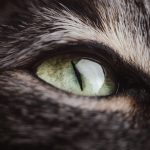 My Cat Has Eyelashes! Why Is That So? 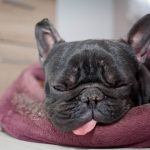 Dog Acting Weird After Anesthesia (Should I Be Concerend?) 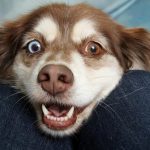 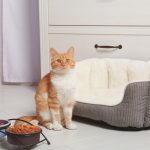 Cat Not Eating After Dental Surgery (What Should I Do?)