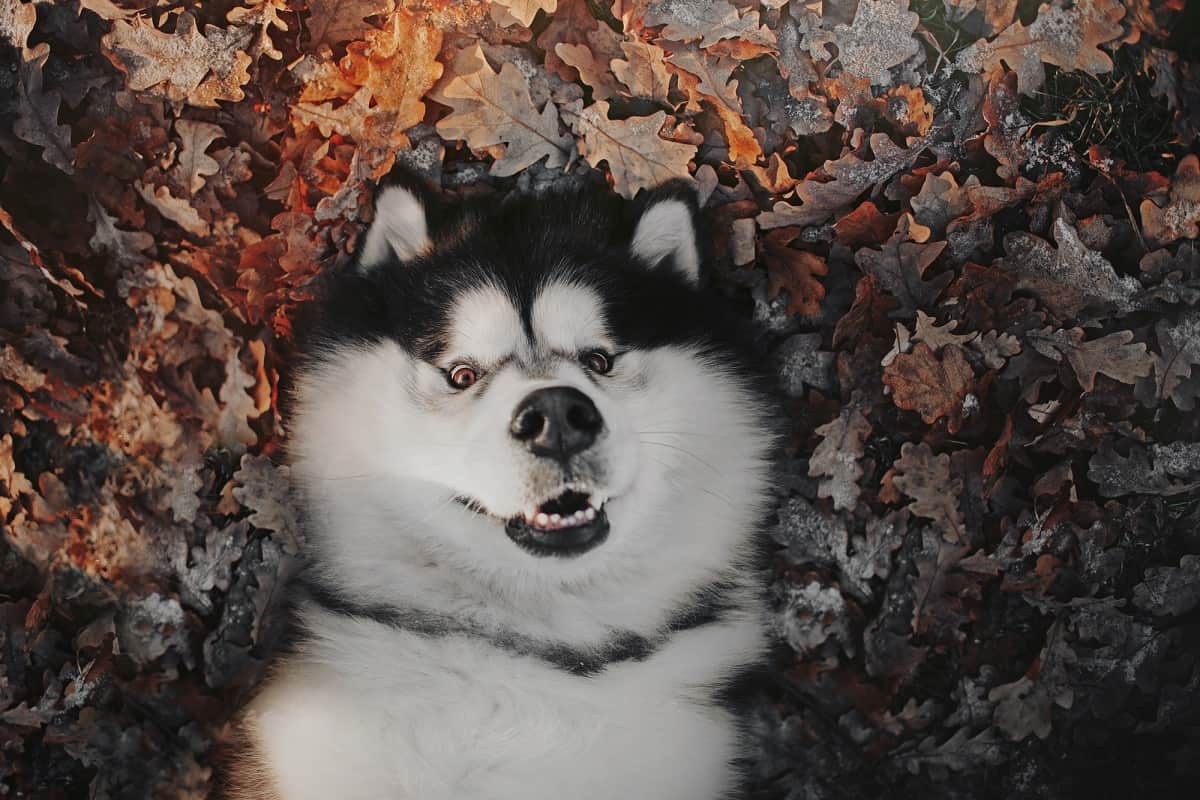 I had a family gathering at my brother’s place and it was good seeing so many familiar faces again. Plus my bother has a really cute dog that I adore.

My uncle who is quite a joker said out loud to my brother “Hey, you have the same hairline as your dog!” Needless to say, all our eyes automatically went to the dog’s head and to my brother’s.

Dogs don’t have a hairline but the shading of my brother’s dog fur made it look like he has a widow’s peak. Something which my brother has and is somewhat conscious about.

Dogs with a widow’s peak aren’t very common but we will be looking at breeds that are most l likely to have them if that is what you like in a dog.

What Is A Widow’s Peak?

First of all, let us be on the same page as to what a widow’s peak is and its origins. If you have a widow’s peak, it means that your hairline the letter ‘V’.

The centre portion of your hairline is a lot lower than the sides or temples. This could be purely genetic or a sign of hairless. It is more commonly seen in man than in woman.

The widow’s peak got its name in England during the 18th century. It was said that when the husband passed away, the wife will don a black hat or hood with a V shape during the pouring period.

I’m guessing not many of us will look at a specific dog and go “Woah, that’s me widow peak on that dog”. It is something that you will tend to notice once you know it exists.

Some dog breeds are lucky to have a widow’s peak as they have a tan point gene in their DNA. There is a lot of science and dog biology behind this gene which this video explains well.

But in a nutshell, it is this gene that gives a dog its distinct widow’s peak look on its forehead.

Here are the many dog breeds that are most likely to have a widow’s peak. 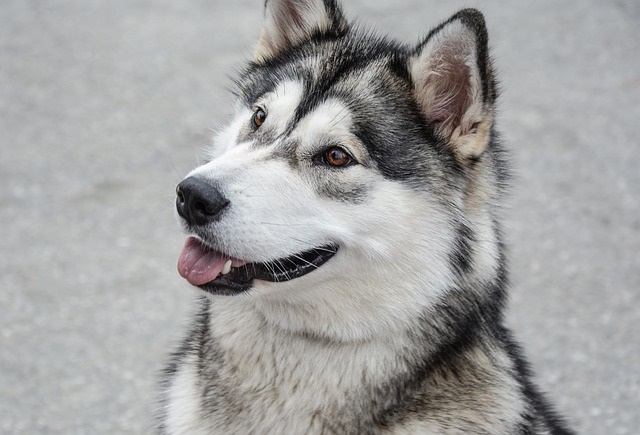 The Alaskan Malamute was first discovered living with the Mahlemut people in Alaska. This dog breed was bred to hunt seals and other big games. They were also used for hauling and pulling heavy sleds which they could easily do with their powerful physique.

The Alaskan Malamute comes in a wide range of colors and their own markings. One common marking would be a darker shade that colors the top of the dog’s head and ears which then narrows to a point further down the dog’s forehead or also known as the widow’s peak.

The close cousin of the Alaskan Malamute, the Siberian Husky, also shares rather similar coat colors and markings. Many huskies do have a widows peak as well. 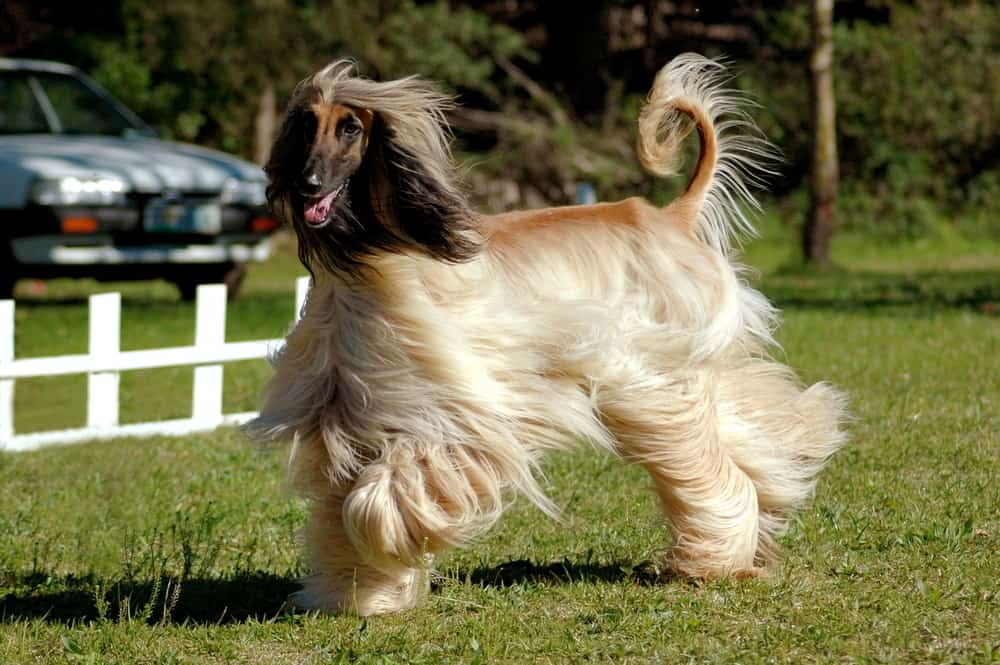 Seeing an Afghan Hound in person is a sight to behold. It reeks of royalty with its regal looks and its long luscious coat makes it seem like the dog is walking on air.

That being said, there is a certain degree of silliness to the dog. If Chewbacca from Star Wars and a Greyhound had a puppy, that would be the Afghan Hound.

Despite its fragile look, this dog breed is made to hunt with its large paw pads and a thick fur coat that protects the dog from the elements.

The widow’s peak on an Afghan Hound is most noticeable in the domino pattern of the dog coat which is named after a show dog called Tanjores Domino. 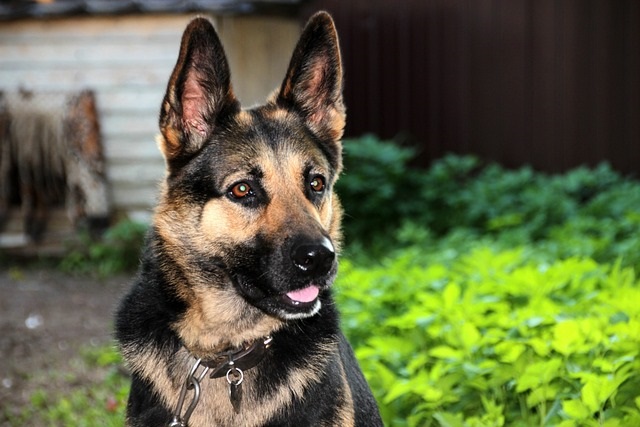 No introduction is needed for the German Shepherd. This dog breed is very recognizable with its black and tan markings.

The first German Shepherd that I ever met was called Max. He was the dog of a childhood friend and he looked like he could rip a truck apart with his bare teeth.

Plus he smelt really bad too.

These dogs are known for their loyalty, strength, swiftness and trained aggression which makes them perfect as police and military dogs.

I don’t think I have yet to see a German Shepherd without a widow’s peak. There might be some with a less obvious widow’s peak but it is always there.

Dog owners that want a dog with a widow’s peak, the well-loved German Shepherd is your best bet. 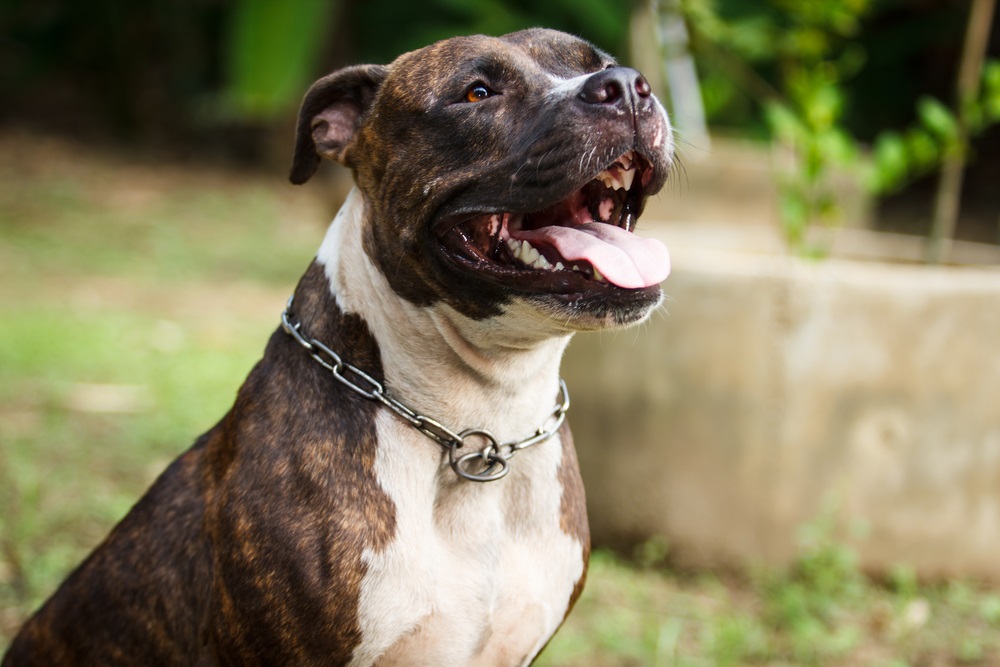 Most people would walk on the opposite side of the road if they see a pit bull coming toward them. There are certain dog breeds that have gotten a bad rep and the pitty is one of them.

The pit bull is a very strong dog and comes with an even stronger bite. Once bred for bull baiting and dog fighting, these dogs have no fear when it comes to being aggressive.

In fact, there are some countries that even ban the ownership of pit bulls as pets due to their innate aggressive nature.

No doubt pit bulls are aggressive dogs, a lot depends on the owner to properly socialize the dog and have it under control.

There’s a pit bull in my neighborhood that loves people and other animals. All he wants to do is just play and get pets. 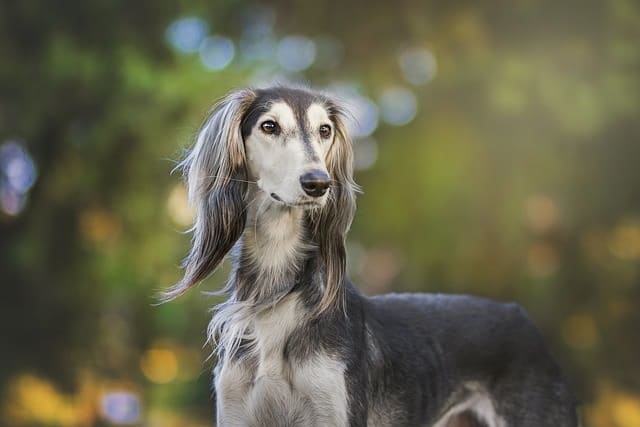 I think many dog owners have not heard of this particular dog breed let alone see one up front. Just to be clear about it, Salukis are not naked Afghan Hounds.

There might be many similarities between these two breeds but there are distinct differences too.

Afghan Hounds are visibly larger than Salukis who are more slender in stature. Regarding their personalities, Afghans are more boisterous and can turn into drama queens when things don’t go their way.

Salukis on the other hand will just pout and go hide in the corner waiting to be placated.

The widow’s peak is more visible on the Grizzle coat pattern in Salukis. It can be seen clearly against their pale faces

When I first saw the name of this dog breed, the last thing that came to mind was a dog. It sounded more like heavy machinery one would use to cut away trees.

But lo and behold, the treeing walker coonhound is actually one of America’s favorite hound dogs.

The origin of this dog breed can be broken down by its name.

Treeing means chasing the target until it scurries up the tree for safety. Walker refers to the name of the man, Thomas Walker, that was pivotal in the development of this dog breed. A coonhound refers to a dog that is trained to go after raccoons or a similar game.

Don’t let the size of this dog fool you. It can spend the whole day out hunting and cover a large area with its powerful legs.

Given its roots as a hound dog and its tri-colored coat pattern, the widow’s peak of a Treeing Walker Coonhound is rather noticeable as well.

You might be able to see a similar widows’ peak in other hounds or hounds mixed breeds such as the Fox Hound, Jack Russells, Sighthounds, etc.

What Are Some Inherited traits Of A Dog?

It isn’t just a distinct coat pattern or color which is passed down the genetic line of a dog breed. There are always and of a particular dog fan due to a certain characteristic or trait that isn’t as prominent in other breeds such as the Chinese Crested Dog.

If you want a guard dog, you will look at getting a Rottweiler or a German Shepherd. But I have met a few Chihuahuas that are more vicious than a wild lion.