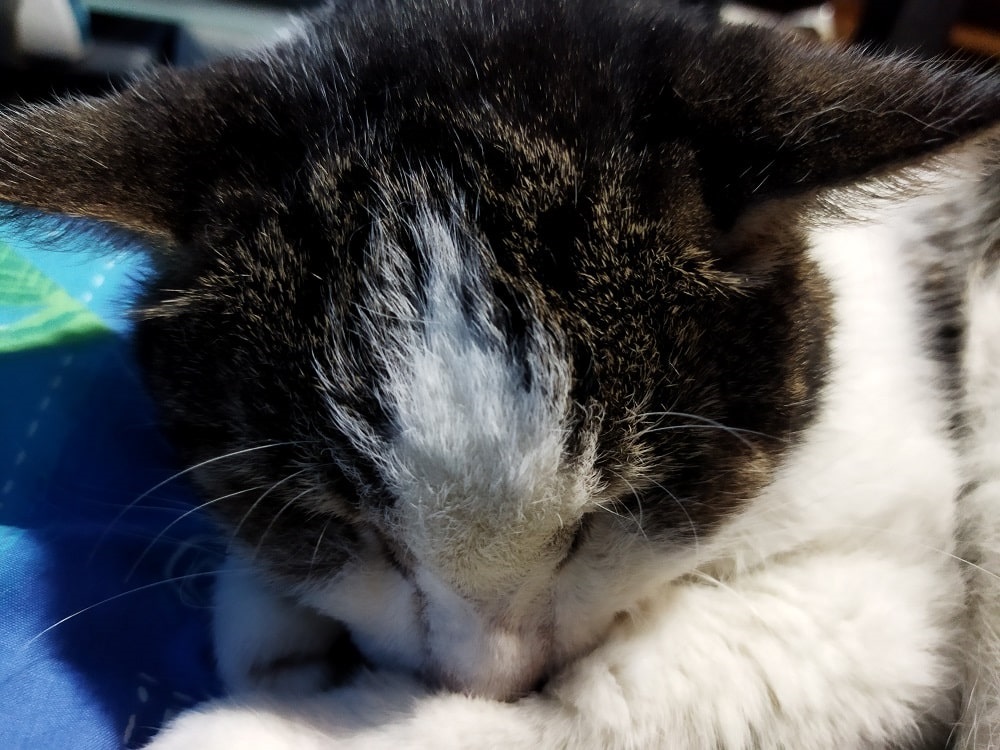 Here’s a little pop quiz. What color are your cat’s whiskers?

I’m willing to bet my bottom dollar that 99% of you gave the answer “white”. And you’re not wrong. White whiskers are what you usually see on the majority of cats.

What about a cat with black whiskers? Is there even such a thing?

A cat’s whiskers can turn black due to a change in pigmentation. This can happen out of the blue or as they get older. Black cats of certain cat breeds do have totally black whiskers as well.

Let us take a closer look at why whiskers are an important feature of cats and what can cause them to darken.

What’s That Thing On My Cat’s Face?

As fun as it might seem to stroke or play with your cat’s whiskers, whiskers play an important role in a cat’s daily life.

A cat’s whiskers are thicker than its normal fur and are found not just on its whisker pads but on the eyebrow, chin, ears and forelegs.

Whiskers don’t just grow at random on the cat. Each whisker is strategically placed to help the cat gather information and move about.

Whiskers are known to be as sensitive as our fingertips. It is sensitive enough to detect vibrations in the air and relay information back to the cat’s brain.

What Determines The Color Of My Cat’s Whiskers? 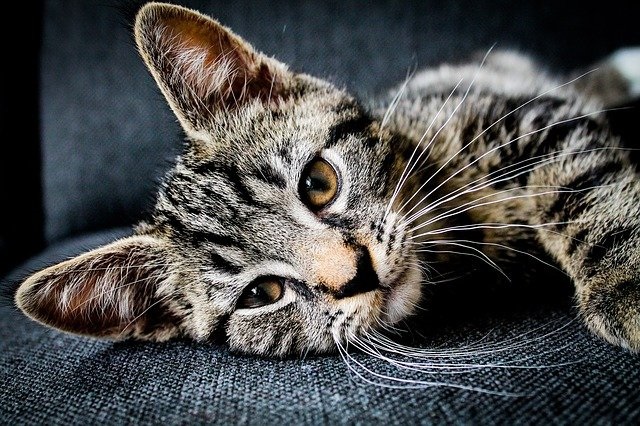 Our cats come in a large variety of colors and patterns. We have white, black, brown, blue, gray and orange.

A cat’s fur color is determined by melanin which is a natural substance found in its body. The kind of melanin that a cat has depends largely on its breed and genetics. There are some black cats that can have a melanin disorder called ‘Piebaldism’ that can cause the black cat to have a white spot on its chest.

A cat’s color or coat pattern can also determine its gender.

An orange cat is predominantly male while calico cats or tortoiseshell cats are females.

We know for a fact that a cat’s whisker is thicker than its fur. The root of the fur goes a lot deeper and ends in a bag of blood vessels and nerve endings.

The whiskers do not get affected by melanin which makes white whiskers a common occurrence for cats. However, some scientists believe that a cat’s whisker might actually adopt the color of the cat at first but turns white as it grows out of the cat’s skin.

As the orange cat grows from an embryo, a whisker starts off as a ring of skin cells deep underneath the cat’s skin.

But as the orange cat’s whiskers get closer to the skin surface, they start to lose melanin and appear as white whiskers when fully formed.

I wouldn’t exactly call black or dark whiskers on a cat a rarity. You can notice it on some cats if you look close enough. A whisker that is black in color would have gotten its color from the melanin in the cat for some reason.

They tend to get lost in a sea of white whiskers on a cat which doesn’t make them obvious. Yes, it is possible for a cat to have both black and white whiskers.

There is a certain breed of cat that is born with darker whiskers almost to the point of looking black.

The particular cat breed is called the Bombay cat.

Bombay cats are closely related to the Burmese cat and are totally black in color save for their eyes which can be a striking green or yellow.

Everything about this cat is black. From its nose, mouth, paw pads and even whiskers.

If you have always wanted a black cat that is sociable and affectionate, the Bombay cat is worthy of consideration.

What Can Cause A Cat’s Whiskers To Change Color?

Although most cats have white whiskers, a cat’s color can start to change as the cat gets older. If you have a black cat that has black whiskers, they can start to lose melanin over time causing them to turn white.

It might not happen to all of the whiskers, maybe just one black whisker or two.

The same thing can happen to cats with white whiskers. We humans have something called ‘age spots’ as we get older. This condition dark spots to appear on our skin.

If your cat has been in the sun for long periods of time, it can cause some of the black whiskers to darken over time too.

There is nothing wrong with your cat’s body if its whiskers darken or lighten with age. It is just part and parcel of growing old in a cat’s life.

What Age do Cats Get Black Whiskers? 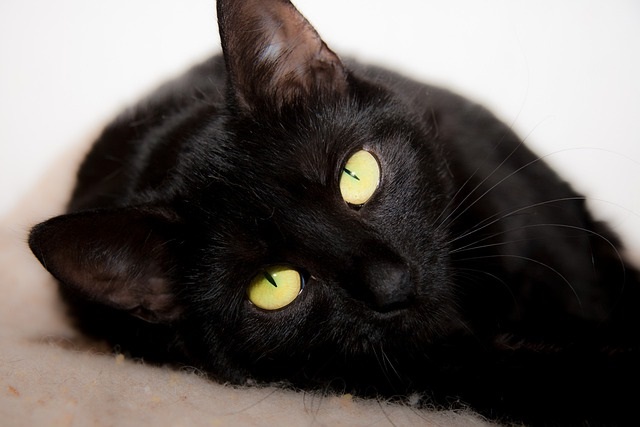 There is no set rule which states that all cats are born with white whiskers. There are many cats whose white whiskers don’t turn black at all for their entire lives.

My cat is fourteen and his whiskers are as white as the first day I adopted him at six months old.

There are also cats that are born with black whiskers that stay that way all the way.

There’s no way of predicting at what age cat whiskers start to darken.

It is possible for your cat’s whiskers to turn a darker shade of gray as it ages. But it can be hard to tell unless your cat’s fur is really dark which makes the gray color more noticeable.

Or if you are really keen to find out, place a piece of white paper behind your cat’s whiskers to check the color contrast.

Then again, whiskers turning gray doesn’t mean that the cat is in poor health. It is just going gracefully going gray with age.

Why Is My Orange Cat Growing Black Hairs? 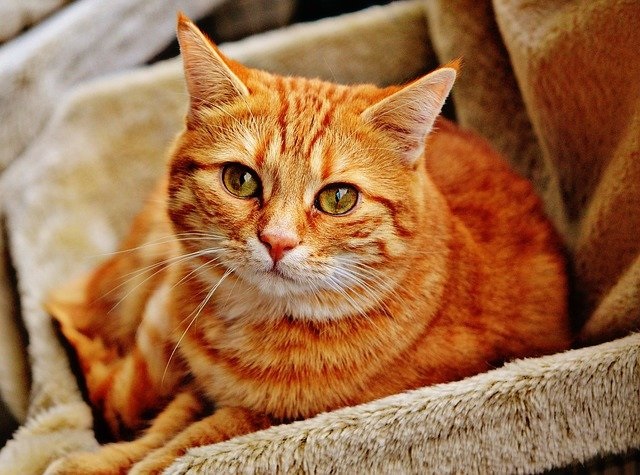 This is caused by a genetic condition called Lentigo and it is common in orange cats as well as in tortoiseshell and calico.

This condition causes small black spots to appear on the cat’s face, lips and nose. As the cat gets older, these spots can become larger and more widespread.

Lentigo happens when there is more melanin in a certain part of a cat’s skin causing it to darken.

Your orange cat’s hair and whiskers could be turning black due to Lentigo.

Do Cat Whiskers Grow Back?

It is normal for your cat to shed whiskers that are damaged or aren’t working as intended. You won’t see your cat shed more than 1-2 whiskers at a time or things will start to get fuzzy for the cat.

Growing back a whisker is a rather slow process, taking anywhere between six weeks to three months to reach its proper length.

Can You Trim Cat Whiskers?

In fact, don’t do anything to your cat’s whiskers besides gently stroking them.

Your cat uses its whiskers to find its way in the dark, determine if it can squeeze through a tight spot and as an early warning signal if danger is around.

By cutting or trimming your cat’s whiskers, it will cause your cat to be disorientated. Some can even start to become dizzy and confused.

There are legit reasons as to why your cat’s whiskers are so long so don’t go trying to tidy them up.

It is similar to me putting a thick blindfold over your eyes and spinning you round and round. You won’t be able to figure out what on earth is going on.

At the end of the day, it doesn’t really matter what color your cat whiskers are. It is just purely cosmetic and nothing to be concerned about.

Your cat’s whiskers are an important tool in your cat’s daily routine and should not be altered in any way. 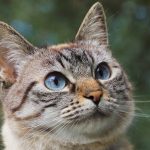 Why Are My Cat’s Whiskers So Long? 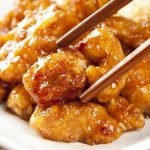 Can Dogs Have Orange Chicken? 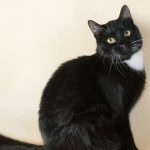 Black Cats With White Spot On The Chest 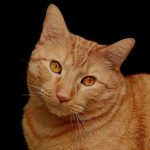