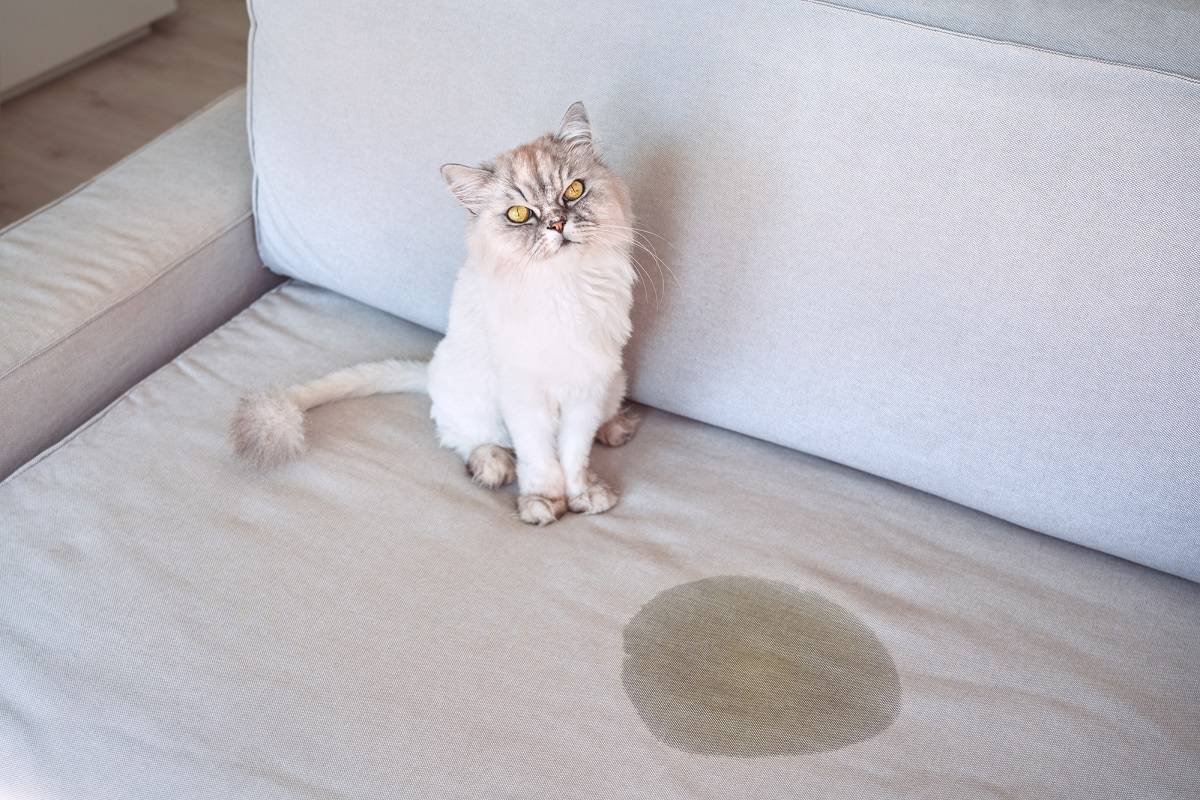 Every now and then, we come across some outrageous and bold claim that we even start to believe it. This ranges from “Sleeping with your phone near you could fry your brain!” to “The Loc Ness monster lives…again!”

It has been said that you are able to get high off cat urine. That means if you sniff your cat’s urine deeply enough, it can cause hallucinations and euphoria. As ridiculous as it might seem, it has caused some concern among cat parents who are exposed to cat pee on a daily basis.

Can you get high off cat urine? There isn’t any substantial research or concrete evidence about someone getting high when inhaling cat urine. So far, this claim is only based on hearsay and carries no weight. However, inhaling cat pee too deeply can expose you to certain health effects.

In this article, we will take a closer look at the composition of cat urine and if it’s really possible to get high on it.

I was rather amused when a friend of mine sent me an article about kids getting high on cat urine a couple of years ago.

At first glance, I found the story to be hilarious and outrageous.

Let me tell you about my cat litter box experiences.

I’ve been a pet owner for decades and have fostered and owned a number of cats. I have cleaned out my cat’s pee not only from the litter box but also from my bed, couch, laundry bag and even shoes.

Not once did I feel like I was tripping out.

You might say that there wasn’t a high concentration of cat pee to cause any such effects in my head.

But I would think my voluntary stint at my local animal shelter does debunk that line of reasoning.

I was helping out at a shelter that had over 100 cats there. Apparently, all the volunteers there were more keen on helping with the dogs than the cats. Hence it was just me cleaning up the cat compound.

It was rather kitty chaotic, to say the least.

There were 10-12 enclosures there with the cats equally distributed to each enclosure. Each enclosure had 4-5 litter boxes for the cats to poo and pee in.

The first time I tried cleaning out the litter box, the stench of the cat urine hit me so hard in the nostrils that I had to take a breather. By the time I was done, I had emptied out close to 50 fully used litter boxes.

Feeling high wasn’t remotely close to what I was feeling after I was done. And this went on for a good 6 months before I had to stop due to other commitments.

What Is Cat Urine Made Out Of? 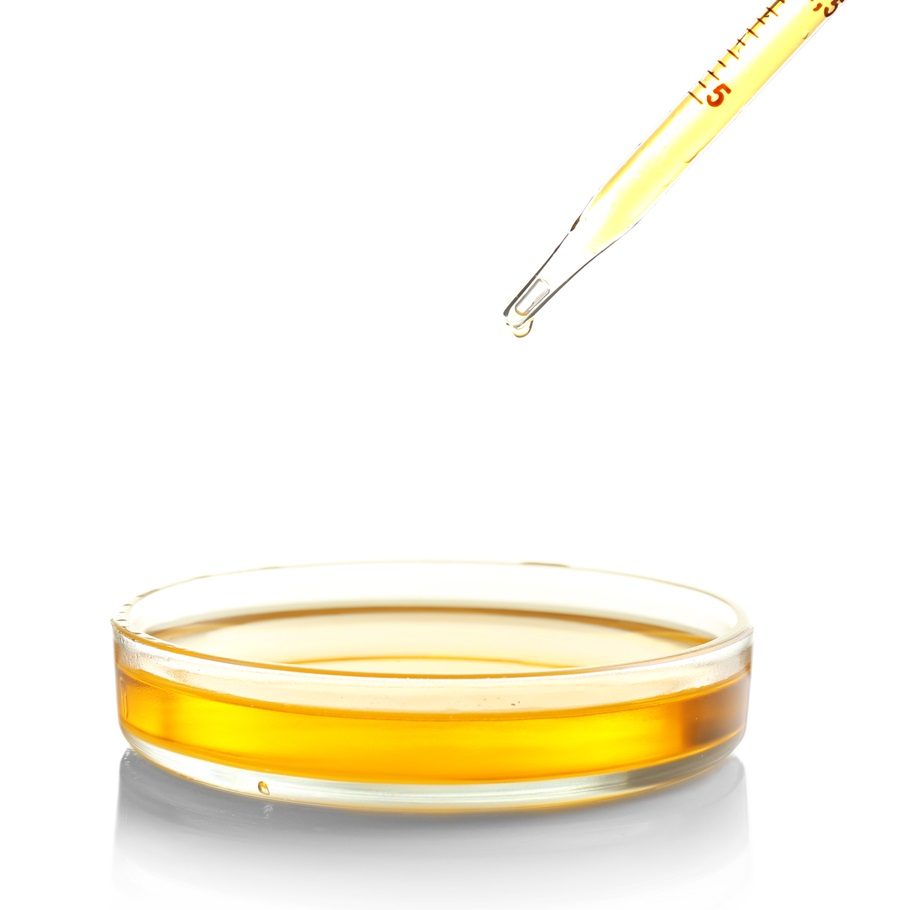 In order for pet owners to have some peace of mind about the psychedelic effects of cat piss, we need to take a look at the composition of cat urine.

Cat urine consists of substances such as water, uric acid, urea, ammonia and creatinine. There are waste products that are being filtered out by the cat’s kidneys.

In order for a substance to make you high, the molecules need to bind with a specific type of serotonin receptor in your brain called 5-HT2A receptors.

Serotonin is a chemical in your brain which controls and alters your moods.

There are some studies that claim to find the presence of DMT or N-Dimethyltryptamine in mammals. This chemical compound is known to cause strong but short psychedelic effects when ingested.

It is known to be found in the urine of humans but not in cats.

If that’s the case, shouldn’t we start to get high whenever we pee since DMT is in our urine?

Given that there isn’t any concrete evidence of finding mind-altering compounds in cat urine, there’s no such thing as getting high off cat pee.

What Happens If You Inhale Cat Urine?

Ammonia is created when the bacteria in the air break down the urea in your cat’s urine. The longer the pee is exposed to the environment, the stronger will be the smell of ammonia.

Have you ever walked into a toilet and smelt a sharp suffocating odor? That is the smell of ammonia.

Ammonia isn’t something that you want to be smelling deeply or often due to its abrasive nature.

The Dangers Of Inhaling Ammonia

Ammonia toxicity can cause the following health issues:

You don’t have to start wearing a biohazard suit when cleaning out your cat’s litter box from now on.

Even though your cat’s pee does smell a little in the litter box, it doesn’t get too bad as long as you clear away the soiled litter daily.

If you leave the cat’s pee to stew in the heat and air for a few days, the smell of ammonia will be rather unbearable when you want to clear it.

The high levels of ammonia can trigger respiratory problems. It can also be very dangerous for people who are suffering from bronchitis and asthma.

Make sure that your cat’s litter box is in a well-ventilated area to prevent it from stinking up the entire house. If you are sensitive to the chemical compounds found in urine, use a mask and gloves when cleaning the litter box.

Is Cat Urine The Same As Human Urine?

The chemical compounds found in cat urine are almost identical to human urine except for a few differences.

Cat urine is very concentrated, a lot more than human and dog pee. This can make cat urine very sticky when it dries on the surface of your floor. Never leave cat urine unattended or you won’t be able to get rid of the smell once it dries up.

This is due to the evolution of cats which are originally desert animals.

This means that our cats do not have a high thirst drive and get their hydration from the live prey that they hunt.

Their body is able to squeeze out whatever water is required to be passed out as concentrated urine.

Urine this concentrated tends to stink very badly when left uncleared. There is another chemical compound called felinine in cat piss which adds to its ‘pungentness’.

When felinine is broken down by oxygen, it gives off a very strong sulfur smell which can make you gag.

Felinine is found in the pee of all cats but it is most concentrated in male cats that are not neutered. So, if you have a tomcat living indoors with you, it is best to get it fixed before your house starts smelling like a public toilet.