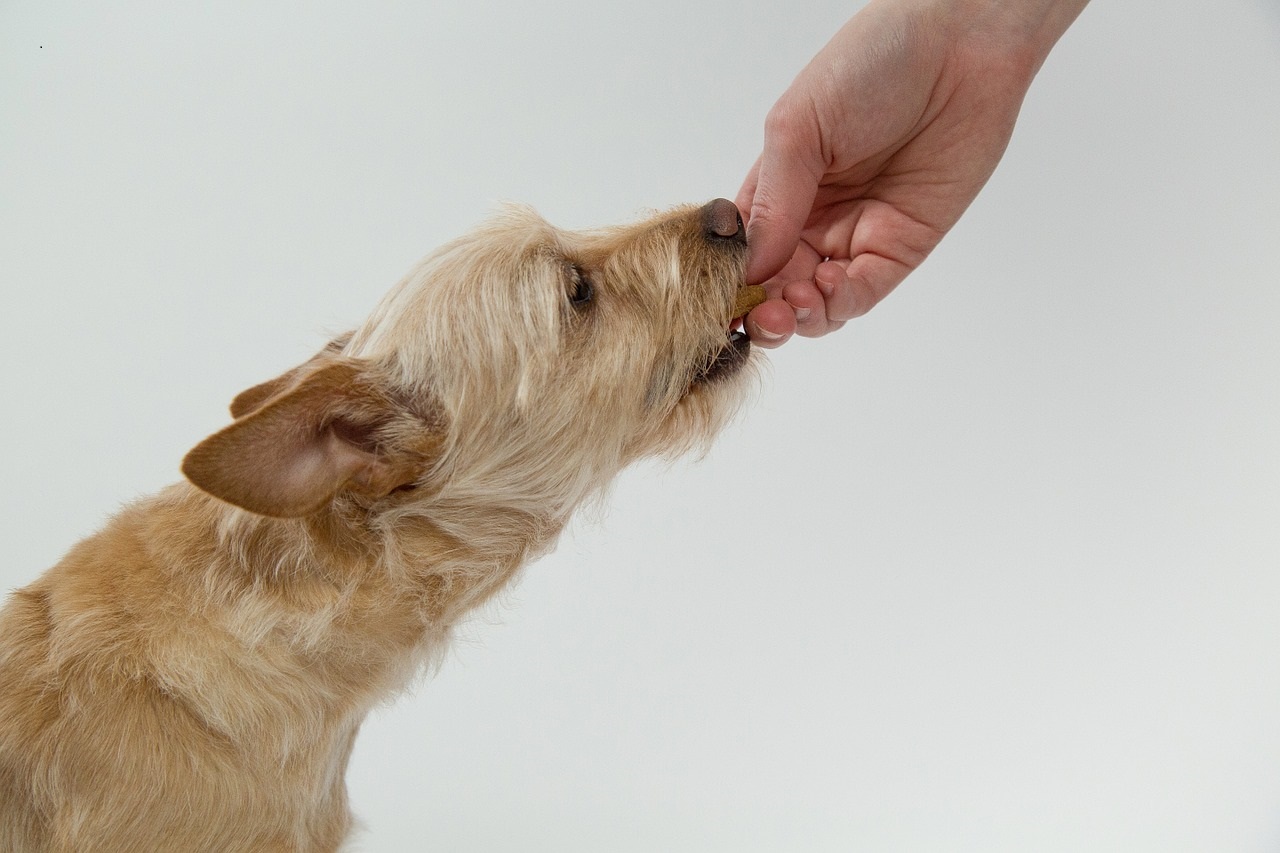 I love snacking and it is hard to stop once I get my hand on a bag of chips. These days, I have been on the lookout for snacks that are somewhat healthier.

If you have never heard of Sunchips before, it has started to become a more permanent fixture in my snack bowl. It tastes pretty good and it’s healthier than your conventional potato chips.

My dog is in total agreement about how good Sunchips taste and has been trying to gobble the whole bag down whenever he hears it open the pack.

There was a point in time when Sunchips were more known for their packaging than taste. (I will get more into this later)

Can dogs eat Sunchips without any health risks?

Let’s take a closer look at what Sunchips are and should your dog be eating them.

Sunchips is a snack that was brought to market more than thirty years ago by the company Frito-lay.

It comes with an assortment of flavors like Harvest Cheddar, Garden Salsa, French Onion, Chill Lime and Original.

Sunchips aren’t made from potatoes but from 100% whole grain which kinda makes it ‘healthier’ to an extent.

The grains that are used to make Sunchips are:

The other ingredients that make up the snack are:

There are other components involved but in trace amounts.

About a decade ago, this company wanted to go green with its packaging which is a noble effort. Unfortunately, the material which they used caused a ruckus whenever you tried to take the chips out from the bag.

In fact, it was so loud that it clocked in at 95 dB which is the equivalent of being in a jet plane cockpit.

Generally speaking, dogs are able to eat Sunchips but in very small quantities. These types of snacks usually contain too much salt and fat content.

And too much salt and fat in your furry friend’s diet can be bad for your dog’s health. Not only are excessive salt and fat bad for dogs, Sunchip flavors like Chili Lime, Garden Harvest and French Onion Sunchips can contain ingredients that are toxic to dogs.

We will go more into this later.

What Type Of Diet Is Best For Dogs?

Dogs have been roaming planet earth for more than 15,000 years and they have evolved from wolves.

Wolves are predominantly carnivores which means that their diet consists largely of animal protein which they hunt.

Even though wolves are considered carnivores, they are also opportunistic scavengers which means that when food is scarce, they can eat almost anything, including plant matter.

To this day, dogs have the same diet as they did many years before. However, with the modernization of our diet, many of our food items contain ingredients and chemical compounds that are harmful to our pets when ingested.

The best diet that you can give your dog is one that is as close to their natural diet.

Why Too Much Sodium Is Bad For Dogs? 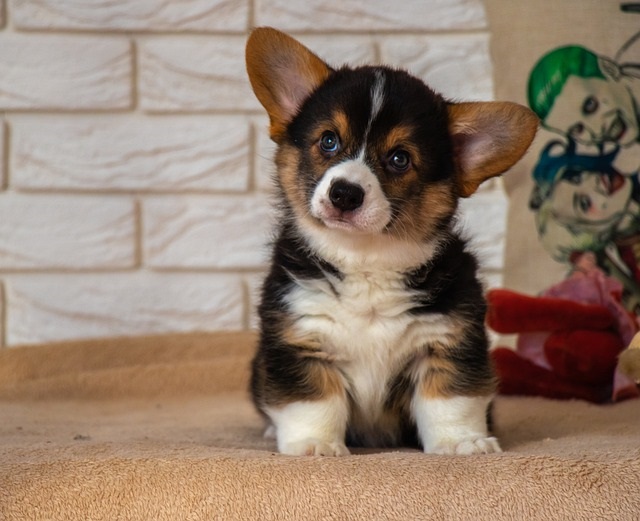 Just to be clear, all living things do require some amount of salt in their bodies for proper bodily functions, humans and pets included.

When we eat salt, it helps to:

If you were to search the amount of salt needed for a dog based on weight, you will get a large range of recommendations.

Some recommendations are based on food intake and others on weight. It would be best to consult your vet on the amount of sodium needed by your dog.

But if you are feeding your dog a quality diet, it should be getting all the sodium it needs from the dog food.

Snacks like potato chips or Sunchips tend to contain more salt to enhance the taste. No one really enjoys bland chips.

The sodium content is fine for a healthy human but it is definitely way too much for our dogs. This can be made worse for dogs which underlying health issues that can be sensitive to salt intake.

Excess salt or salty foods are not good for dogs as it can lead to salt poisoning or sodium ion poisoning. If your dog has eaten too much salt, it will start to vomit and start drinking a lot of water due to excessive thirst.

Other symptoms will include:

The best thing that you can do to help relieve the symptoms is to give your dog as much water as possible to hydrate its body and flush out the excess sodium.

It is best to also bring your dog to the vet for proper treatment to make sure there’s no damage done from salt poisoning.

Why Too Much Fats Is Bad For Dogs? 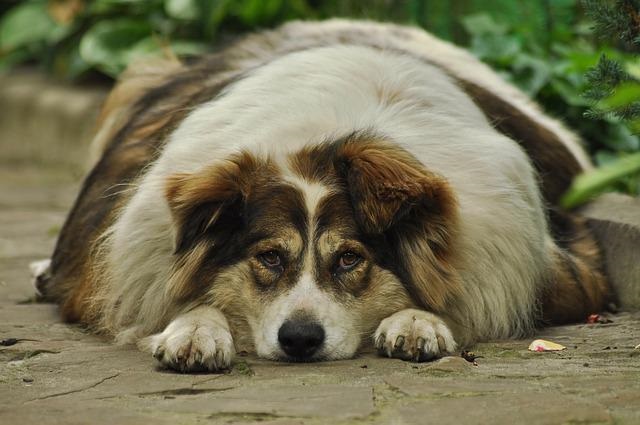 Similar to sodium, fats in the right amount is necessary and even beneficial for your dog. As carnivores, dogs or wolves in the wild do get a fair amount of fat from animal meat and organs.

Fats have many important functions in a dog’s health.

As you can see, fats in your dog’s diet do play a very important role in your dog’s well being. A good diet should consist of about 10-15% of fat.

Even though snacks like Sunchips are healthier than a bag of chips it is still high in fat content. They are fried in oil which makes them a fatty treat. If your dog requires more fat in its diet, use a healthier fat source instead.

The problem arises when your dog takes in too much fat in its diet.

Too much fat in your dog’s diet can lead to the following health problems:

Pancreatitis can happen to any dog but a dog that has a high-fat diet will be at the highest risk. It is a painful condition that causes the pancreas to be inflamed. Symptoms will include abdominal pain, fever, lethargy and vomiting.

You might even notice your dog stretching its neck and looking up to try and relieve the pain and discomfort.

Pancreatitis needs to be treated quickly or it can be fatal for your dog.

Added Danger Is In The Flavoring

Food manufacturers are pushing the limit when it comes to launching interesting flavors for their products.

Sunchips has a wide range of flavors that taste good but some are definitely not suitable for dogs.

Flavors like Garden Harvest, Chili Lime and French Onion are fine for us humans but can be toxic to dogs.

Dogs should not be eating anything that contains onion. Onions contain a chemical compound called N-propyl disulfide that can cause the breakdown of red blood cells in the dog.

All parts of the onion are toxic to dogs as well as closely related vegetables like spring onions, garlic, leeks and chives.

The French onion Sunchips contains onion powder which can react the same way when eaten by your dog.

Onion powder is even more potent than fresh onion as it is more concentrated and it doesn’t take much to start a toxic reaction.

A dog suffering from onion or garlic poisoning will show the following symptoms:

If your dog has eaten anything that contains onion, take it to the vet right away for treatment.

Some of the Sunchips flavor contain citric acid and lime juice. Any that is citrusy in large enough quantities can be toxic to dogs.

It might not be as deadly as onions but it sure can give your dog a very bad stomach upset, vomiting and diarrhea.

I know of some dog owners that feed their dogs fruits which is fine in small quantities. But stay away from fruits that contain citric acids like oranges, grapefruits, lemons and pineapples.

Paprika is added to some of the Sunchips flavors and even though this spice isn’t considered toxic, it can still cause some irritation to your dog.

Paprika is usually found in pepper form and comes from bell peppers. It is widely used as a seasoning in human food due to its sweetness and mild spiciness.

It might not be as spicy as a ghost pepper but it is strong enough to cause your dog’s stomach to be upset and diarrhea in dogs.

Furthermore, a dog’s nose and eyes are very sensitive. Imagine your dog stuffing its entire head in a bag of Sunchips seasoned with paprika.

It won’t be too happy with the outcome.

What Kind Of Chips Can Dogs Eat?

It would be best to not feed your dog any form of chips made for humans. The majority of them contain too much salt, fat, preservatives and artificial flavoring.

It might seem safe on the surface but you are putting your dog in danger if you do not analyze the ingredients label.

They might be some chips that contain very little seasoning and are baked instead of fried. This type of chips might be safer for dogs.

These days, you can even get similar snacks from pet stores that are meant for dogs. I would say that these dog snacks are definitely safer than human snacks but can still contain a lot of sodium and hardly any nutritional value.

Even feeding your dog a small serving of mealworms might even be a better treat.

If your dog likes something crunchy, try giving it some sunflower seeds. Sunflower seeds contain healthy nutrients and good fats for your dog.

A small handful every now and then as a treat is fine.

Make sure to only get the unsalted/unseasoned ones and remove the husks before feeding your dog.

I know of many dogs that love stuffing their faces with potato chips if given the chance, mine included.

However, make sure to follow the same rules when deciding if a certain type of human food is safe for your dog.

Potato chips come in many flavors which can contain ingredients that are toxic to pets.

If your dog eats a few chips that’s safe as a treat, I wouldn’t worry too much about it But such snacks should not be a common inclusion in your dog’s daily diet.