The American Kennel Club recognizes 199 official dog breeds around the world. Each breed is unique in its own way but not many can be labeled as iconic.

There are a number of dog breeds that have been immortalized in our history books. We all know about Lassie and Hachinki as being loyal, faithful and devoted dogs. But no dog breed embodies the virtues of perseverance, tenacity and courage better than the bulldog.

As iconic as the bulldog is, it is a dog breed that you either love to bits or not. There’s hardly being on the fence when it comes to the bulldog.

In this article, we will be comparing two types of bulldog breeds. The granddaddy of bulldogs, the English Bulldog and a rather unknown variant, the Australian Bulldog.

Let us get started.

The History Of The Bulldog

The bulldog has been said to be around as early as the 15th century. They were initially bred as farm animals but were eventually used in the cruel sport of bull-baiting, hence the breed’s name.

Once this barbaric sport was outlawed, bulldogs were once again used as farm animals, herding pigs and cattle.

The bulldog that we know today is very much different from the bulldog that its ancestors. Bulldogs are now more affectionate, gentle and stable as compared to the aggressive dogs that they once were.

However, they still retain their tough-looking exterior which sees them being used as popular mascots.

I doubt bulldogs are capable of herding animals any longer given their lack of cardio capability. Whenever I see my neighbor’s bulldog, he’s either snoring, farting or both.

I know of many dog lovers who feel that the bulldog is downright ugly but that is why they say that beauty is in the eyes of the beholder.

What Makes An Australian Bulldog?

You might be thinking that an Australian bulldog is an English bulldog that has been living in Australia for a period of time and got his citizenship changed.

The Australian bulldog takes its roots from its English counterpart. As much as they are similar, they are both very different dogs.

The same goes for the American and French bulldog breeds which have their own unique characteristics.

Or in other words, a dog that is more functional.

A couple of different dog breeds were used in the making of the Australian bulldog such as:

The most desirable traits from each breed were extracted and planted in the newly created Australian bulldog breed.

Let’s go over the differences between the Australian bulldog vs English bulldog.

The females of both dog breeds will be about 10% shorter and lighter than the males.

You will need a keen eye to tell these toe dog breeds apart but there are subtle yet noticeable differences if you look closely.

The one thing in common that both dogs have is the classic bulldog look. The scrounged up looking face and stout muscular stance makes the bulldog so identifiable.

However, Aussie bulldogs have a slightly longer snout, fewer facial wrinkles, longer legs and wider hips. They also have smaller squarish heads and chests as compared to the English bulldogs.

Despite their less muscular appearance, Aussie Bulldogs are still very powerful dogs and not to be seen as a pushover.

If you plan on getting an Australian bulldog, its temperament and personality won’t differ too much from a standard bulldog.

Don’t expect the personality of a Golden Retriever or Chihuahua in your Aussie bulldog. That would be really weird to see a bulldog behaving as such.

The Aussie bulldog is affectionate, loyal, sweet, sensitive and easygoing. They make excellent family pets and are good with children and other pets due to their laid back behavior.

The Australian bulldog doesn’t need and want you around it all the time. You can go about your daily errands and leave it to catch its 80 winks. Just don’t forget to give your dog a lot of attention and affection when you return home.

However, you need to socialize your bulldog well with your kids and pets before even thinking of leaving them alone in the house. Bulldogs aren’t aggressive dogs but they will let you know if they aren’t happy about something.

Aussie bulldogs tend to make better watchdogs due to the dogs that they have been crossbred with.

Training an Australian bulldog wouldn’t feel as bad as trying to pull your own tooth as this breed is not as stubborn as the British bulldog. 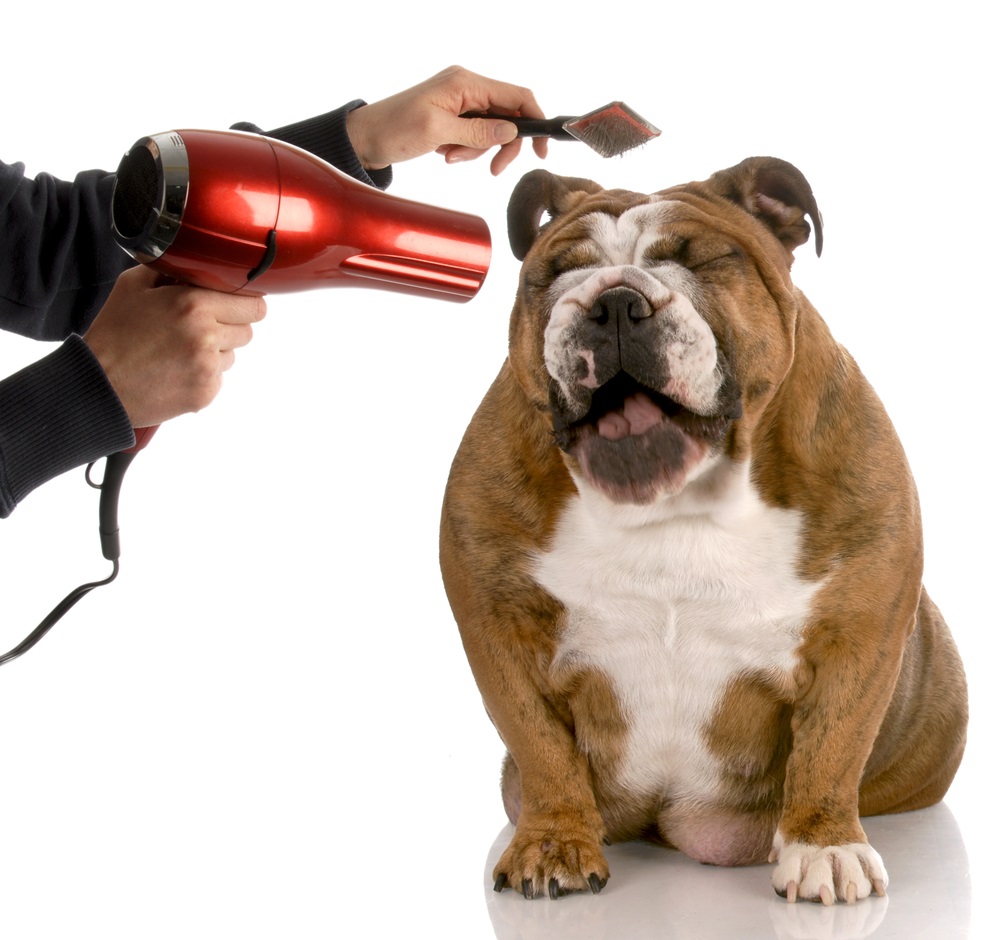 If you are someone that doesn’t want to spend hours a day brushing, grooming and vacuuming dog hair, the Aussie bulldog is the right dog for you.

Bulldogs in general are low-maintenance dogs and require minimal grooming. Your dog’s fur will be in good shape with a couple of brushes a week.

Expect moderate shedding from a bulldog but it won’t be as bad as cleaning up after a Golden Retriever or Border Collies.

Those dogs are shedding machines.

Although bulldogs were once bred for herding and bull-baiting, they aren’t very high-energy dogs that require a lot of exercise.

Certain health problems, which I will cover below, also limit the mileage that your dog can sustain. You do not want to be over-exerting your bulldog which can put its life in danger.

One advantage that the Aussie bulldog has over the English bulldog is its longer legs which allow the dog to cover more distance with less effort.

This is great for going for long walks and hikes in the outback where the terrain can be rough.

However, the Australian bulldog is still a bulldog, so you need to keep an eye on it to ensure it is not over-exerting.

Short and frequent walks tend to work best for this breed.

Bulldogs are known to be prone to a number of health problems due to their physical traits. These are the common health issues that you need to look out for even for an Australian bulldog.

Due to the smooshed-up face of the bulldog, all bulldogs breed will suffer from brachycephalic airway syndrome to some degree.

This is caused by their shorter muzzles which force their noses into their faces. Their noses are smaller and the air passageways are narrower.

When this happens, it makes breathing much harder for the bulldog especially when the weather is hot or when exercising.

Brachycephalic dogs such as pugs, bulldogs and boxers also have difficulty panty due to the very nature of how they look which means that they are not able to regulate their body temperature well in the heat.

Over-exerting your bulldog on a hot day is a recipe for disaster.

Another common problem that all bulldogs have is skin irritation. Thanks to all the wrinkly and folded skin on their faces, moisture, dirt, dust and bacteria can accumulate and cause an infection.

When this happens, your bulldog can suffer from pyoderma or skin dermatitis which can lead to painful hot spots and leave green spots on your dog’s skin.

Bulldog owners always need to ensure that these areas are clean and dry by giving their dogs a rub down once or twice a day.

If your bulldog is more prone to skin breakouts, a medicated wash or cream from the vet can help manage the symptoms.

Hip dysplasia is a condition that affects the dog’s hip and causes it to be deformed over time. The hip of the bulldog is prone to this problem as the hips are not genetically built to support the weight and gait of the dog.

Symptoms of hip dysplasia include:

Hip dysplasia is a painful joint condition and can greatly lower the quality of life for your bulldog.

The best ways to prevent or slow down the rate of degeneration are to keep your dog in a good weight range and limit the amount of physical activity.

Australian bulldogs are still part of the bulldog family so you can expect them to still suffer from the same health issues from time to time.

However, when breeding the Australian bulldog, the breeders had all these health concerns in mind and wanted to lower the risks as much as possible.

The Australian bulldog has a longer snout and less wrinkly skin on its face which can definitely make breathing easier and lower the occurrence of skin irritation.

Its wider hips also better support the dog’s weight and the pressure it puts on the hips when exercising.

All these physical trait improvements do put the Australian bulldog in better shape than British bulldogs.