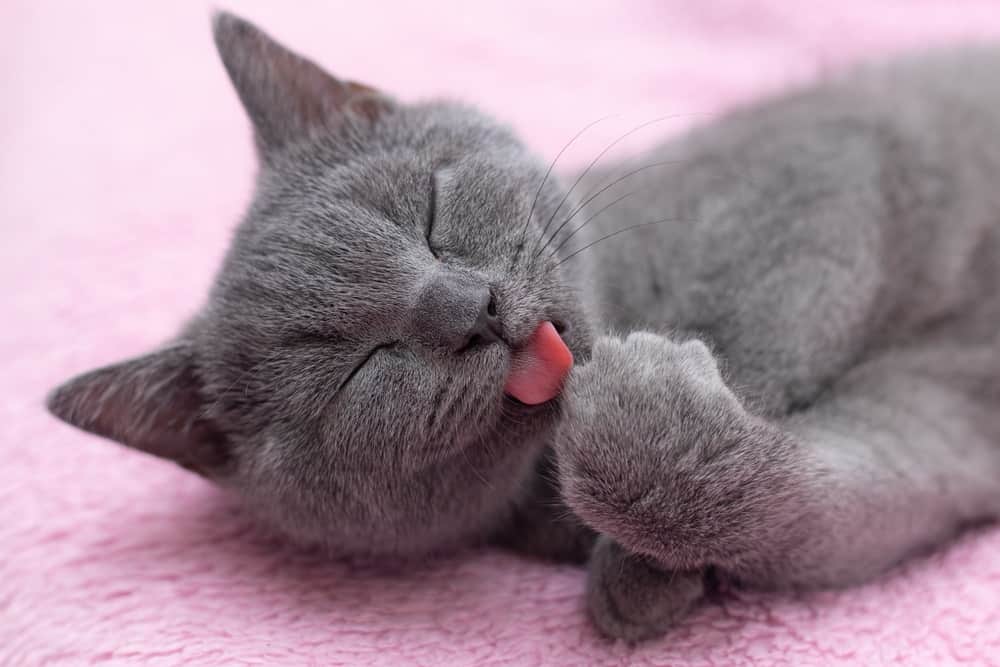 One thing that cats are very known for is their stealthiness. Being known as one of the top predators in the animal kingdom, most prey won’t even know they are being targeted until it is too late.

However, there are times when being stealthy and quiet just isn’t on our cat’s menu. For my cat, that is when he is sleeping and grooming. It can get loud enough for me to hear him from some distance away.

In this article, let us take a closer look at the possible reasons that can cause your cat to make strange sounds when grooming itself.

Why Is My Cat Making Weird Noises?

As weird as it might sound, one of my favorite pass times is observing my cat. I’ve had him for 14 years and there’s always something interesting to learn about his behavior.

My cat is pretty noisy when grooming himself.

If you notice when some cats self-groom, it can get rather intense. My cat will start off with some easy licking around the easy-to-reach places like his paws and tummy.

But as his back, neck and tongue start to get warmed up, he goes into a no holds barred kind of grooming together with making weird noises. 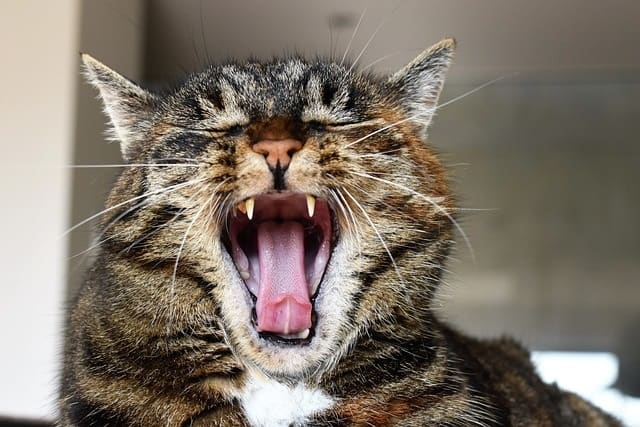 If you look closely at your cat’s tongue, you will notice very short and sharp ‘spikes’ which are called, papillae. These act like their own Furminator deshedding tool which helps to remove loose fur and dirt.

It makes a low raspy sound, almost like rubbing a very fine piece of sandpaper on a soft surface. Even though this sound isn’t considered loud, it has woken me up far too many times in the middle of the night when my cat decides to groom himself at 3 a.m. in the morning.

Besides licking, cats tend to also bite and pull at their fur and paws while grooming. The biting and pulling helps to remove the loose fur and dead skin from the cat.

My cat makes a ‘smacking’ sound which might seem impossible as cats can’t actively control their lips. But it does sound like my cat is chewing gum with his mouth open.

I can also see him biting and pulling at his paw pads and claws when cleaning them. It makes a “clackity” sound when his teeth starts pulling at his claws. 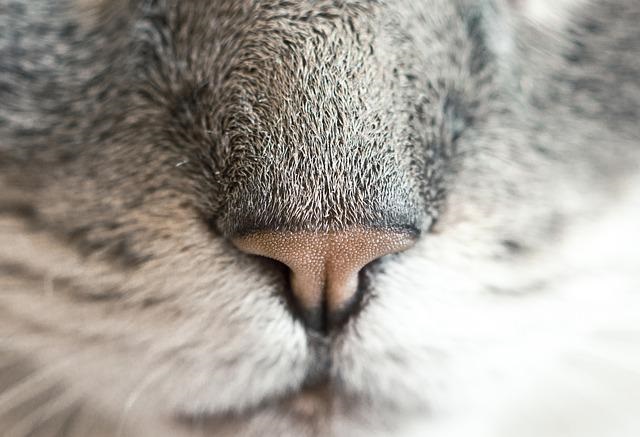 If you ever meet me in the morning, it sounds like I have a bad cold going on. That’s always due to my sinus and our cats can have it too.

Cats with sinusitis are also affectionately known as sniffly or snuffler cats. This problem makes them sound like they have a blocked nose at times.

Cats with sinusitis will show the following symptoms:

There are some feline viruses that can damage the part of your cat’s nose which helps to filter out irritants and bacteria that are in the inhaled air.

With a lack of a proper filtration system, it is common for these cats to have intermittent nasal infections. This isn’t something that can be cured by only managed by antibiotics and other methods like:

Another nasal problem that can cause your cat to make weird sounds while grooming is nasal polyps.

Nasal polyps are just benign fleshy growth that takes place in your cat’s nasal passageways. These polyps can grow up to 2cm in length and can spread to your cat’s ear canal and esophagus.

There is a chance that the polyps might return after some time so it is best to keep a watchful eye on your cat’s breathing. 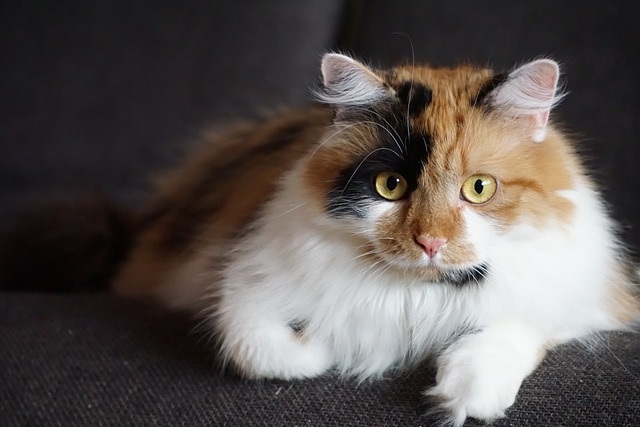 Another sound that I hear my cat make quite often while being groomed is purring. He sounds like a little lawn mower when I’m brushing him lightly with his favorite brush.

Not only will my cat purr while I brush him but he will also lick my hand and brush. You see, even though cats are labeled as solitary creatures, multi-cat households and colonies like to engage in mutual grooming.

Your cat is purring in enjoyment as your groom it and licks your hand in return to return the favor.

On the flip side, cats can also purr when they are feeling stressed or in pain. Purring occurs at a frequency that helps to comfort your cat and promotes healing.

The way to know the difference is to observe your cat’s body language. If your cat appears tense, fearful and thumping its tail against you, then there’s a high chance that something isn’t right with it.

Why Does My Cat Snort When Grooming?

Our cats can easily spend up to 5 hours a day grooming themselves. When my cat isn’t sleeping, he is busy licking and cleaning some parts of his body.

When cats groom themselves so much, they tend to ingest a lot of loose fur that accumulates in their digestive system.

This is also known as a hairball which then gets vomited out or eliminated in your cat’s poo. If you hear your cat gagging or snorting while grooming itself, it could be trying to get rid of a hairball.

Most cats can successfully expel a hairball without much problem. But if the cat is gagging and snorting with nothing to show for it might have a hairball that is stuck.

When this happens, you need to get your get to the vet to check if anything is stuck in its digestive system which can cause an intestinal problem called Megacolon. The colon of your cat becomes stretched out and weakened which leads to many severe health problems.

How Do I Know If My Cat Is Stress Grooming? 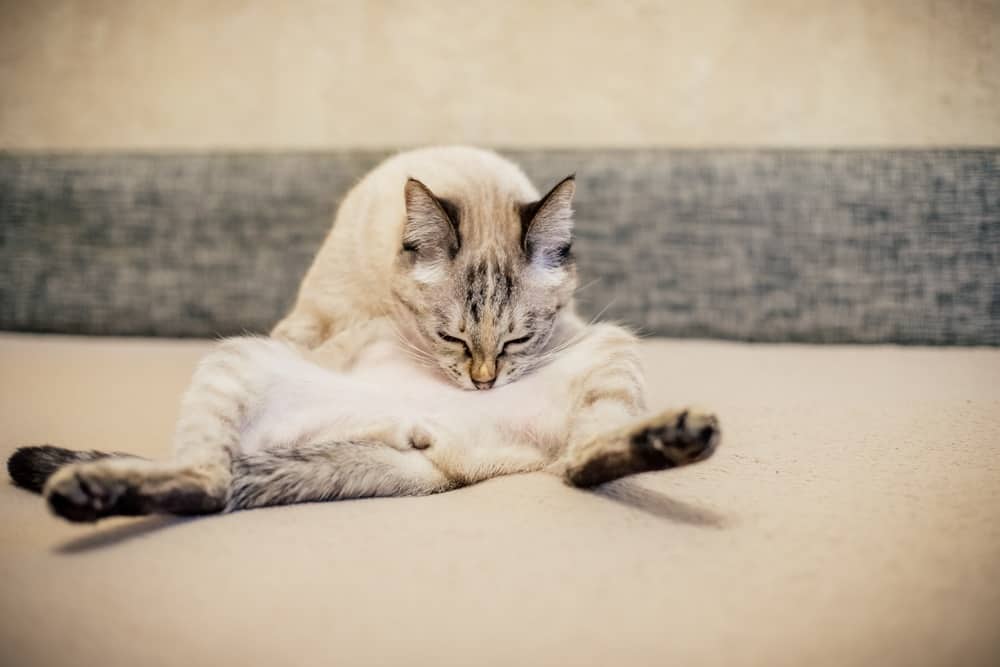 Seeing your cat groom itself for most of the day can be a rather normal activity for our feline friends. Grooming helps to keep their fur in good condition and remove any unwanted odors from their body.

However, your cat’s grooming can get out of hand if it is grooming out of stress. This condition is called ‘psychogenic alopecia’ and there is usually an underlying medical issue for such. behavior.

Cats with this condition will groom themselves till they start losing hair and irritating their skin. The most common areas will be their belly, inner thighs and front legs.

It is similar to your cat having OCD where it just can’t stop licking and biting itself.

It happened once to my cat many years ago. I noticed that he was grooming his rear legs to the extent of being bald and raw. I took him to the vet and they couldn’t find anything wrong with him.

I started cleaning that area with a gentle saline solution for a few weeks and the overgrooming eventually stopped.

If you do notice that your cat has been overgrooming, I would suggest taking it to the vet for a check-up to see if there’s anything wrong. Sometimes our cats can get a little bonkers for no reason but it is better to be safe than sorry.

The occasional sniffle or snuffle in our cats does sound adorable but frequently hearing weird noises while your cat is breathing is something that you should be concerned about.

Besides having sinusitis or nasal polyps, there are other respiratory problems that can cause noisy breathing in your cat.

If you notice other symptoms like panting, lethargy, discharge, lack of appetite, etc, take your cat to the vet immediately. Something is affecting your cat’s breathing and needs to be treated.

Why Do Cats Make Weird Noises Like A Baby Crying?

Our cats have the ability to emulate the sound of a crying baby. It is a very unmistakable cry for help when I hear my car ‘wail’ like a baby. He does it when he is locked out of my room, feeling hungry or just wants attention.

Cats are smart but they are a lot smarter than we give them credit for.

Through the process of domestication over the centuries, cats have developed their own ways of getting out attention. They realize that the best way to get what they want is by manipulating our emotions.

And nothing triggers a sense of urgency in us more than hearing the sound of a crying baby. 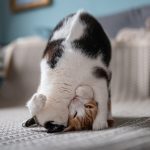 Why Is My Cat Biting My Other Cat’s Neck? 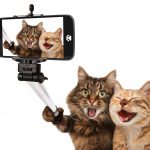 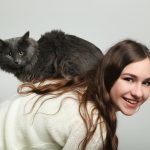 Why Does My Cat Attack My Hair? 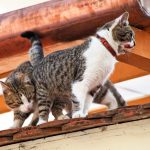 Why Do Cats Lick Other Cats Bottoms?