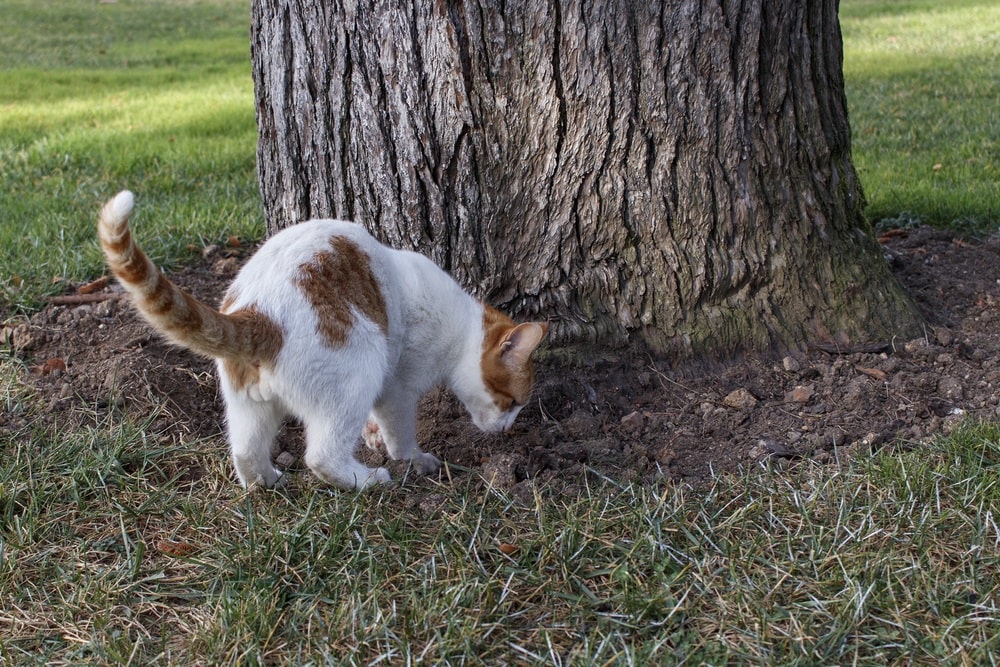 As a cat owner, one of the most important decisions that you can make is choosing the type of cat litter for your cat. However, making the right choice can be a lot harder than it seems. Walk into any pet store and you’ll be bombarded by a wide range of different cat litter types.

Even if you have been using the correct cat litter for your cat, there might come a day when you are changing out your cat’s litter box only to realize that you have run out of the usual cat litter. Or you feel that it is time for more natural cat litter alternatives for your feline friend.

Can you use dirt or soil to replace commercial cat litter?

Let’s do a little digging in the dirt to find out.

Is Soil Better Than Cat Litter?

Using dirt or soil to replace your regular cat litter might not be the best alternative. If you are referring to the dirt from your garden or yard then definitely not. Outside dirt is a breeding ground for many parasites, insects and bacteria that is native to the soil or from the waste or other animals. This can be transmitted to your cat when it starts licking its paws after burying its waste in the soil and can make your cat very ill.

Why Isn’t Dirt Safe As Cat Litter For Cats?

You might be thinking that dirt has been a very natural way for cats to bury their waste long before the invention of commercial cat litter.

And yes, you are not wrong.

Feral and stray cats have been eliminating their waste and burying it with soil for the longest time. However, if your cat has always been an indoor cat and has never been exposed to dirt or soil. It would be best to keep it that way.

As useful as dirt is when it comes to gardening, there are harmful bacteria in it that can make your cat very sick.

Feline Panleukopenia (FP) is a very contagious disease that is caused by the feline parvovirus. It is transmitted easily between cats but not to humans.

This disease infects and kills cells in the cat’s body that are usually found in the bone marrow and intestines. Even though any cat can get infected by FP, kittens and sick cats are very vulnerable to getting this disease.

Infected cats can transmit this disease via their poo and pee. And the scary part is that the virus can survive in the environment for a year. This means that if your cat happens to use the dirt that the infected cat has peed or defecated in a year ago, there’s a strong possibility that your cat can get infected by the FP virus.

And to even make matter worse, this virus is hard to eliminate and resistant to many disinfectants, making it a strong possibility that it will still be around within that year.

If your cat is an indoor and outdoor cat, make sure to get it vaccinated against FP to prevent your cat from getting it.

Toxoplasmosis is a very common infection found in both humans and animals that is caused by the Toxoplasma gondii parasite.

This parasite can be found in infected animals, meat, fecal matter, dirt and soil. Cats are known to be the longest carrier of Toxoplasmosis.

To get infected with this, the animal or person would have to consume the parasite. It cannot be spread through body contact. As with Feline Panleukopenia, your cat would be susceptible to getting Toxoplasmosis if it ingests dirt that contains the contaminated feces from another animal.

It is also possible for someone to get Ocular Toxoplasmosis which means that the parasite in your cat’s feces has infected your eye. This can happen when you accidentally get contaminated cat litter in your eye.

Is Store-Bought Dirt Safer For Cats? 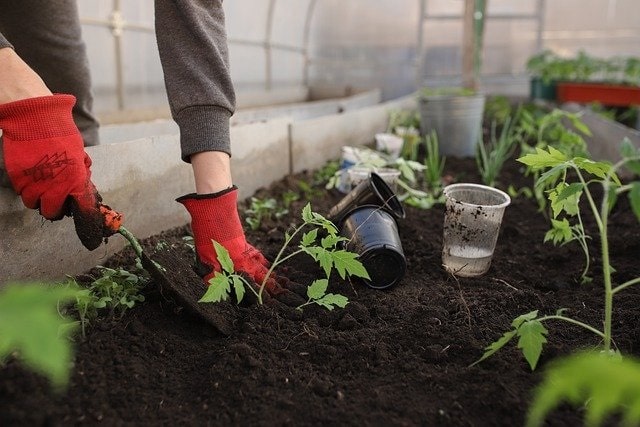 It is common to find major stores selling dirt or soil in the gardening section. Even though it is sold in the store, it is hard to tell how clean or sanitized the dirt is.

Dirt or soil is made mainly from minerals and organic matter. And by organic matter I mean living things and their decomposing remains. Not exactly the kind of cat litter I want my precious cat putting his paws in.

And if you can spare the time to drive down to a store to check out dirt, I’m sure they have a pet section there where you can buy kitty litter that

What’s So Good About Using Dirt?

Well, if there is one very convincing argument to use dirt instead of cat litter would be that it’s ‘dirt-cheap’. Or even free of charge, depending on your source.

If you are financially strapped, you’ll be happy to know that using normal cat litter doesn’t have to cost an arm and a leg as well. You can enjoy huge savings if you just buy the big packs.

If you have cats that poo and pee outside the house in the garden, then transitioning them to using homemade cat litter like dirt would be not a problem.

What Else Is Bad About Using Dirt?

If dirt, containing health-threatening parasites to your cat isn’t enough to convince you, here are a few more reasons.

If you have ever walked on dirt or soil with your shoes on and then into your house, you how what it mess it can create.

One thing about cat litter is that every cat owner has to deal with some degree of tracking. Tracking is when some cat litter is stuck in your cat’s paw after it is down with its business.

The rule of thumb is the finer material used as cat litter, the more tracking there will be around your home. And with dirt being so fine, you’ll be sure to find it everywhere.

And not only will you have to deal with the tracking, but dirt also leaves dark stains all over your furniture, fabric and sheets. This can make cleaning up a nightmare too.

The last thing any cat owner wants is for their kitty to start peeing in their laundry basket because it hates using the litter box now.

Lack Of Absorbtion And Odor Control

One important aspect of using normal kitty litter is that it helps to control the odor from the litter box. Even if you scoop out your cat’s waste once a day, it can still start to smell after a few hours.

Dirt or soil lacks odor control which means that your home will be smelling of dried ammonia and poo all the time. Trust me when I say that the smell still lingers even after you clear it. Pray hard that your cat doesn’t have diarrhea one day.

Dirt also does not have clumping ability like some other types of cat litter. The lack of clumping ability means that it isn’t very absorbent. This means that one pee session from your cat and you’ll probably have to change out the entire contents of the litter box.

Using good clumping litter instead of dirt can make cleaning up a lot faster and easier.

I understand that you might be tempted to do start on a DIY project for your cat’s litter but do make it a point to try out these types of cat litter first. It will save you time, effort and money in the long run.

The important properties of a good type of cat litter would be:

Pinewood pellets are a popular choice when it comes to kitty litter due to their good odor absorption properties.

This type of cat litter is made from natural pine wood which makes it light, low in dust and it comes in clumping and non-clumping variants.

This is probably the most advance of cat litter type that is available in the market. It is made from quartz sand that is mixed with water and oxygen. It has very good absorption and odor control compared to most cat litter. Each piece of silica gel can hold up to 40x its weight in liquid.

Many cat owners have the tendency to mistake it for crystalline silica gel which is what you find in your food packets. Those can be toxic for cats but not the type that is used for kitty litter.

It is also almost dust-free which is good since breathing in fine dust particles isn’t very good for both humans and cats.

Compressed corn kernels are also a popular option when it comes to using more natural cat litter. It is lightweight and controls odors well.

It can also clump your cat’s waste pretty well and can be flushed down the toilet bowl easily.

Type Of Cat Litter To Avoid

Truth be told, there is no one perfect type of cat litter out there. They all pretty much have their own pros and cons. But based on the should-haves listed in the recommended types of cat litter, it should help you narrow down your search when looking for a good brand.

One thing to note is that if you have a cat or family member with any pre-existing health conditions like asthma or allergies, go with a cat litter that has as little dust as possible.

Clay cat litter has been known to send asthma and allergic reactions into overdrive. So it would be best to avoid this type of cat litter. 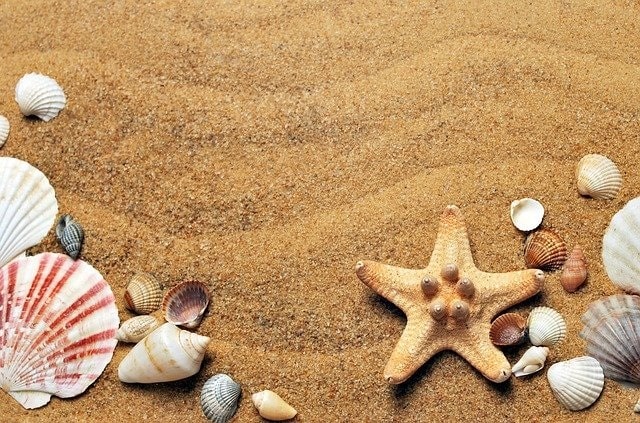 Using sand as kitty litter might not be a very viable option for your cat. Firstly, it is very poor in odor control which means, like dirt, your cat’s litter box will smell really bad after a few hours.

Secondly, your house will feel like the whole family just came back from the beach without washing up. Sand is even finer than dirt which makes it even more prone to tracking. You will find half the content of your cat’s litter box all over your house.

Can I Use Rice As Cat Litter?

I would rather you use rice as an emergency cat litter replacement than dirt or sand. It is absorbent but it won’t do much to help with odor control.

But it should not be used as your default cat litter. Rice should be eaten on your plate. It doesn’t belong in your cat’s litter box.

I know that it can be tempting for some cat owners to create homemade clumping cat litter for their cats. It is a noble idea if you’re big on sustainability and environmental concerns.

If you do wish to go down this route just be sure to stay away from materials and ingredients that can do more harm than good to your cats.