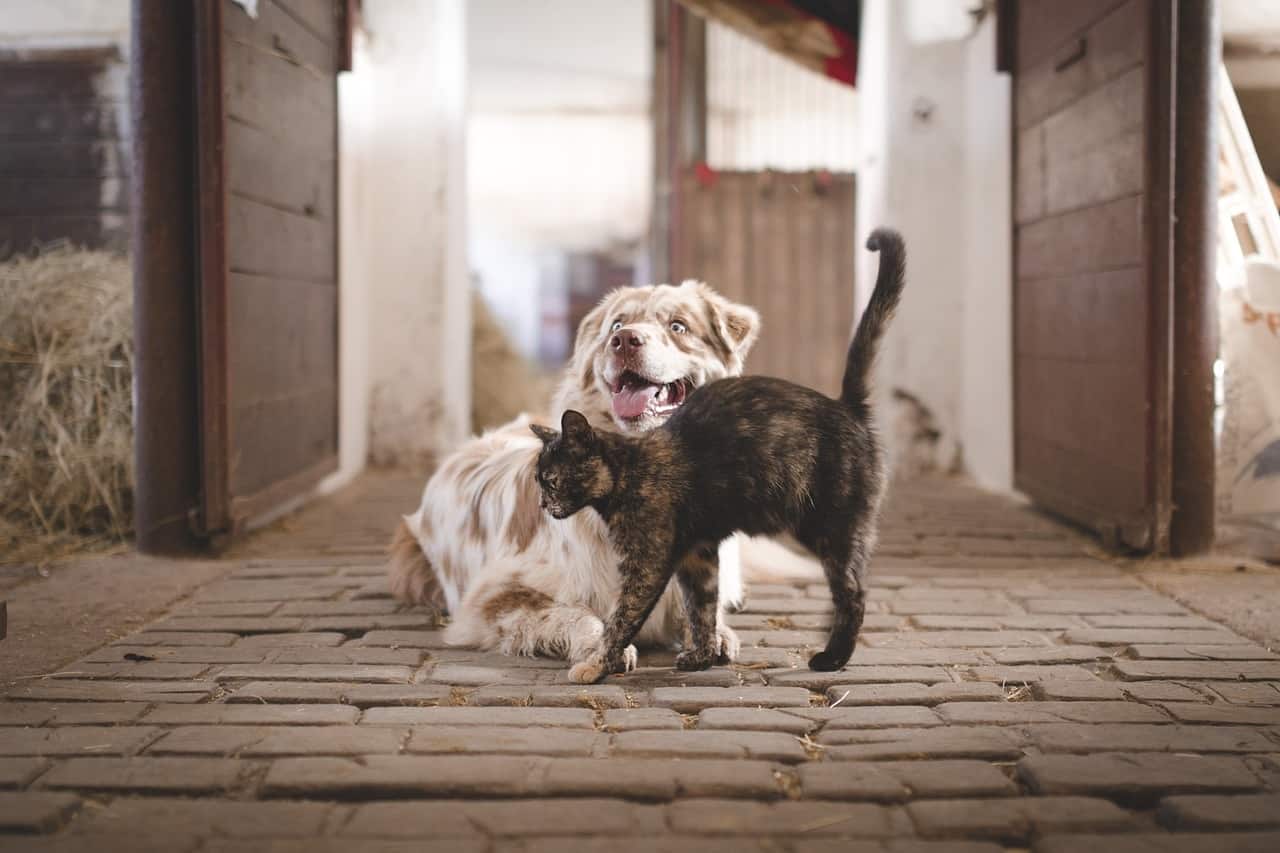 I have a nephew who has a very inquisitive mind and has bombarded me with the weirdest of questions at times. His latest question was if my cat which is male, could get his dog Macie who is female, pregnant?

I have to admit, instead of immediately telling him not to be silly, his question got the gears in my brain moving.

Is it really possible for a male cat and a female dog to mate and produce an offspring?

Biologically speaking, it isn’t possible for a cat to get a dog pregnant. The DNA between a cat and a dog is just too different. A dog has 39 pairs of chromosomes while a cat has 19 chromosome pairs. The DNA difference is just too wide for reproduction to happen.

I could just end this article here but there are other interesting possibilities that can happen with regards to inter-species reproduction.

Let’s go down a little deeper in this rabbit hole.

What Happens During A Pregnancy?

This isn’t a crash course about the birds and the bees but it is important to know how the embryo develops in living creatures.

Let us take a female cat for example. Once the eggs are fertilized by the sperm and start to develop in the mother’s womb, something special starts to take place.

All living things have chromosomes that contain their DNA structure. Chromosomes come in pairs and cats have 19 pairs.

There are two DNA strands in each chromosome, one from the mom and one from the dad. The two strands of DNA from each parent must fuse together to form a complete DNA strand.

Does This Mean That A Cat Can Never Get A Dog Pregnant? 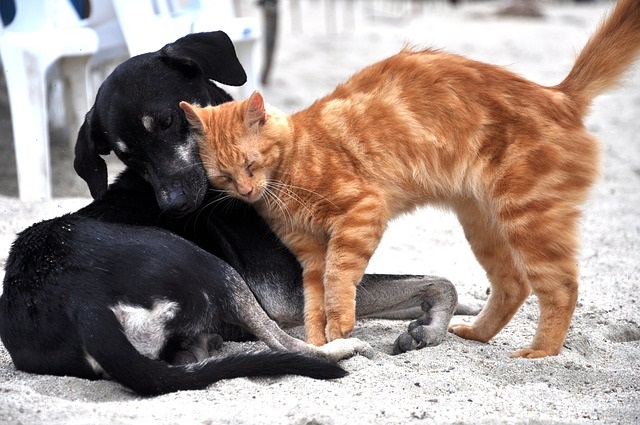 I wouldn’t want to use the word impossible when it comes to the wondrous world of nature. There are still so many living species out there that we have yet to discover.

Let us try and break down the reproduction possibility between dogs and cats.

The domestic cat comes from the Felidae family while dogs are from the Canidae family. This difference in species already presents a huge obstacle in interspecies reproduction.

Furthermore, dogs and cats have a mismatched number of chromosomes. Female dogs have 39 pairs and male cats have 19 pairs. It wouldn’t be a complete fit when the sperm fertilizes the egg.

Could there be the slightest possibility that it could happen?

As a freak of nature, most definitely.

But I wouldn’t be keen on seeing what the offspring would look like.

That being said, there are many instances of dogs breeding with wolves and vice versa. This is more possible as dogs and wolves belong to the same species and they only differ by sub-species.

The offspring are called wolfdogs or wolf-dog hybrids.

Dogs evolve from gray wolves but have evolved to form different physical traits. But they still do share the same DNA in many ways.

Although they might be classified as different species, these animals still share very similar traits in their genome.

Can A Lion Get A Cat Pregnant? 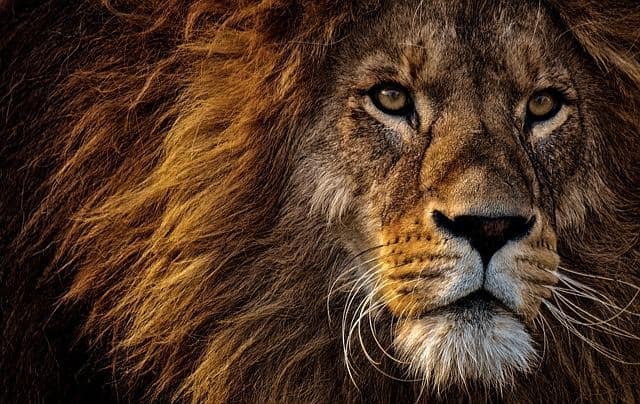 There might be a chance that a lion could impregnate a cat if it wasn’t too busy trying to make a snack out of it.

Even if a lion has intentions of mating with female cats, the difference in size would make it an almost impossible feat.

What about artificial insemination to level the playing field?

There might be a slim chance that the cat’s eggs could be fertilized by the lion’s sperm but the large difference in gestation period would be another stumbling block.

The average gestation period for a cat is around 63 days and it’s 110 days for a lion. Furthermore, the cat’s womb wouldn’t be large enough to accommodate the size of a fully developed lion cub.

Let’s turn the tables around and assume the scenario of a domestic male cat trying to get it on with a female lion.

It could be a very sneaky and adventurous male cat who is able to impregnate a sleeping female lion and disappear into the still of the night before she even knew what happened.

The female lion might still be able to carry the cat-lion hybrid to full term but the cubs wouldn’t have a high chance of surviving when born.

Interspecies offerings are prone to health problems due to the mismatch in DNA. One classic example would be a Liger which is the offspring of a tiger and lion.

The cubs have to be born via cesarean as they are just too big to come out of the mother’s birth canal.

Even if delivered successfully, many don’t make it past infancy and are plagued by many health problems.

Can Cats Get Pregnant By Other Animals? 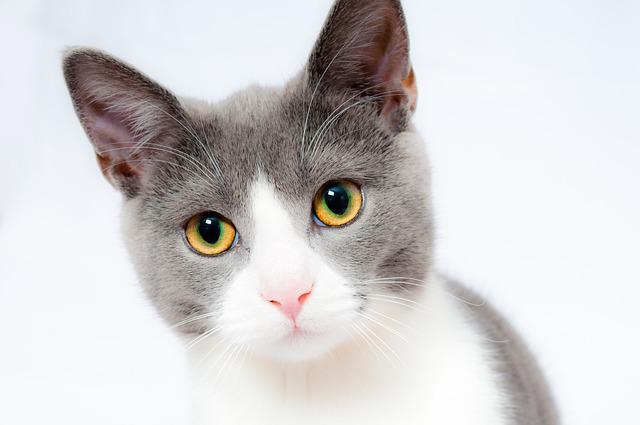 The closest and most possible scenario would be by another closely related cat species that is about the same size as a domestic cat.

In fact, interbreeding between two different cat breeds has happened before and the result is the very popular Bengal cat breed.

This was the result of an Egyptian man breeding with an Asian leopard cat.

There are a couple of smaller cat species that can possibly impregnate other cats:

This isn’t an exhaustive list but it is definitely more likely for interbreeding to occur among these different cat species.

Many cat owners seem to think that their ferocious little house cats share the same DNA roots as big cats like tigers and lions.

To put this matter to rest, a study was carried out in 2007 to study the DNA of thousands of wild cats and domestic cats all around the world.

The study reached a surprising conclusion that our cats are not related to the big cats but evolve from the African wildcat.

Don’t get too disappointed yet.

In 2013, another study done on the DNA of domestic cats found that they share a 95.6% DNA similarity with the Amur Tiger.

So there is a ferocious tiger in our little furballs after all.

Can A Cat Get Pregnant Without A Male?

Female cats are considered to be induced ovulators which means that they can’t ovulate without mating with a male cat.

In order for a living thing to produce its young without the act of procreation, it has to be asexual.

There are a number of such species in nature that can do so:

One benefit of such a reproduction method is that it is fast and easy. But it does lack the genetic diversity that normal reproduction brings.

So Why Is My Cat Humping My Dog?

It can be a common and somewhat hilarious moment when you see your cat trying to hump your dog.

Your cat isn’t trying to impregnate your dog but is governed by its sex hormones at that point in time.

There have been reported cases of monkeys trying to mount deers in the wild to ease their sexual needs.

Unfixed male cats have a very strong desire to mate once mating season kicks in once a year. If it isn’t able to roam outside to sow its seeds, it won’t hesitate to try and mount your dog.

The best thing that you can do for your cat and dog is to get them both sterilized. This cuts down on any unnecessary humping that can occur.

Furthermore, pets that are fixed tend to live better quality lives as they are less prone to certain diseases.

As you can see, interbreeding isn’t something that is new in nature. It has been going on for centuries and only a small handful of cases have been identified by mankind.

The chances of a cat and dog successfully mating and carrying the offspring to its full term is a crazy notion.

But one thing that we shouldn’t write off is that nature always has something unexpected up its sleeve.