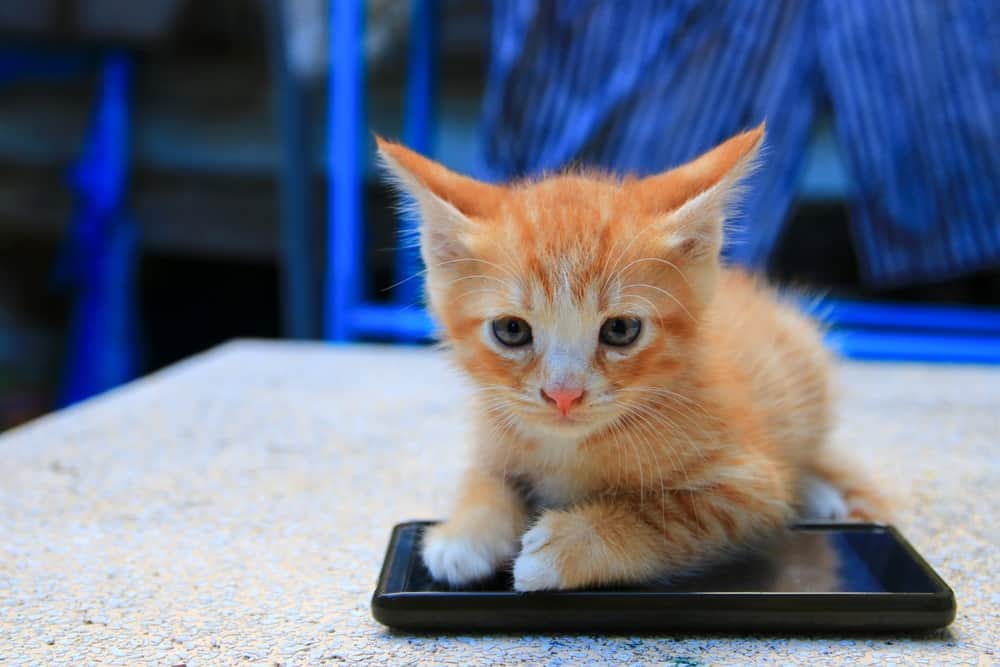 I think my cat secretly hates my phone. He makes it a point to let me know whenever I am on or off my phone.

I’ve even seen him knock my phone off the counter when I’m not watching. He now makes it his life mission to make my phone ‘disappear’ by laying on it. And he does a really good job of that due to his size.

But why does my cat like to lay on my cell phone?

Some cats like to lay on their owner’s cell phone because it smells like them. Cats also lay on the phone as a way to get your attention and mark their territory. You’ll be surprised to realize just how possessive your cat can be.

Many cat owners can be perplexed by such a cat behavior.

Let us take a deeper look at why our cats like to make themselves comfortable in inconvenient situations.

Rest assured that you are not alone in this matter. My family cat is attracted to my phone for all the right and wrong reasons.

Here are some reasons why your kitty likes your phone.

Your Phones Has Your Smell

Do you know how sensitive a cat’s sense of smell is?

Your cat’s sense of smell is unrivaled in the animal kingdom. Studies have shown that a cat’s smell is 40x more sensitive than ours.

Imagine how mind-numbing it must be for your cat when it catches a whiff of your fart at home.

It probably smells like a nuclear bomb just went off in your poor cat’s nose.

The ability to decipher and recognize smells matters a lot to your cat. In fact, cats are born deaf and blind but retain their sense of smell. This allows both kittens and mother cat to recognize each other.

Cats tend to gravitate towards their own smell and the scent of their owner.

If you are just done using your phone, your scent is still fresh on the phone which triggers off a signal in your cat’s brain.

Your cat will nonchalantly sashay over to your phone and plonk itself down on it, reveling in the saliva droplets that you have unknowingly left on the phone screen. 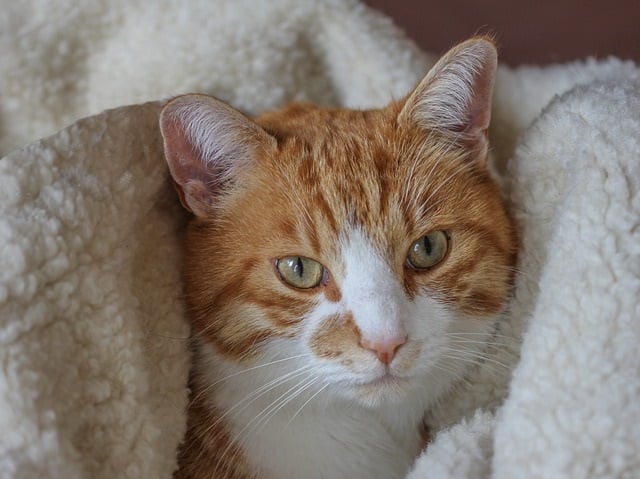 Ever realized how warm or hot your phone can get after a period of usage? This heat source can have a strong magnetic effect on your cat’s behavior.

Cats have a slightly higher natural body temperature as compared to humans. This requires them to seek out more heat when they start to feel cold.

A warm enticing phone that smells of you is one of the few reasons why your cat likes laying on your phone.

Imagine being on a warm and toasty surface when it is cold.

That is how your cat is feeling while it’s getting warmed up by the phone.

Your Cat Is Being Territorial

Don’t think that your cat isn’t considering taking over the world if given the opportunity. Cats have a tendency to mark their surroundings and environment where ever they go.

By marking their scent, it serves as a warning to other cats and animals that this area has a landlord. A familiar scent also helps the cat know where its territorial boundaries are.

Your cat feels safe when it smells its scent on objects.

A cat marks its scent by spraying urine on things that we really do not want happening at home. It stinks and leaves a stain.

The best way to stop your cat from spraying at home is to get it sterilized. Intact cats usually use this form of marking to claim their territory.

The next preferred way of scent marking is by rubbing their scent glands on objects. A cat’s scent glands are located on its face and paws.

Your cat will start off by rubbing its head on your phone, kneading or making biscuits on it for a few minutes before finally laying victoriously on top of it.

Cats do not just rub their scent on something once and forget about it.

A scent diminishes over time which is why your cat has to reapply its scent on your phone ever so often.

You might not know it but your cat has already claimed you as its personal butler and private property by rubbing against you.

That also applies to everything else that you own.

Do Cats Get Jealous Of Phones? 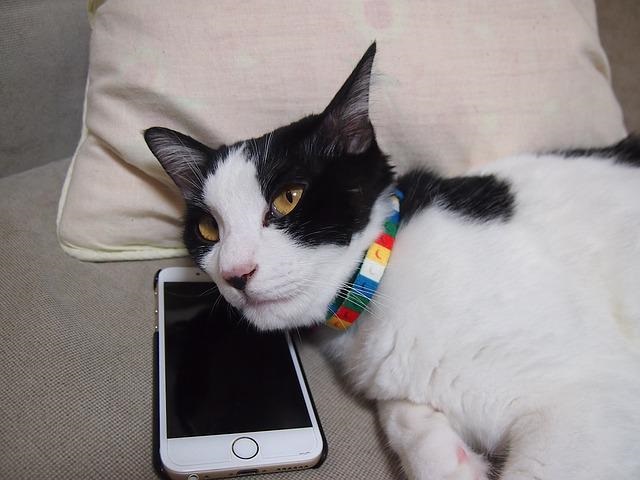 The reasons why your cat likes going near your phone is just the tip of the iceberg. Your cat can also lay on top of your phone due to less favorable reasons.

Is it possible that your cat is jealous of your phone as your cat thinks that something or someone is stealing away its attention.

They know when your attention and focus aren’t on them. And they will do what it takes to make it right.

I have learned to not put my phone on speaker and lay it on the table when I’m on the call. When my cat hears me on a call, he will come into my study to make his presence known.

It starts off with some leg rubbing which then escalates to loud meowing when he’s ignored.

If that doesn’t work, he will get his point across by just laying down on my phone. I’ve been disconnected mid-conversation many times because of this.

Make sure to continue stroking your cat while on the phone or make it point to hold it to your ear.

I might be imagining things but sometimes I think my cat likes laying on my phone just to irritate or spite me.

I doubt cats consciously set out to irritate their owners but it’s just in their cat DNA which they can’t resist.

Despite giving my cat almost my entire attention while trying to manage a call, he will still walk over to my phone and lay down on it.

He will then have this expression on his face that implies “Keep up the good work. But I still call the shots around here”.

Trying to pry my phone from under a cat that doesn’t want to move can be a futile task at times.

Why Does My Cat Snuggle With My Phone?

Cats like to snuggle up with your phone to take in as much of your scent as possible. It is even better if your phone is still warm from usage. Cats enjoy soaking up the heat at times.

I have to admit that despite all the crazy moments that have transpired between my cat and phone, it is still very hard to not let out a breath of contentment when I see my cat snuggling with my phone after I’ve used it.

The majority of cats are drawn to electronics due to the heat that these devices emit. Cats can also be visually stimulated by movements on the screen of phones and tablets.

One way to keep my cat well-occupied is to play a video of lizards and birds on my tablet. Pretty hilarious to see him grow increasingly frustrated about not being to catch a lizard behind the screen.

The next time your phone rings, bear in mind that you won’t be the only one that has taken notice.

Don’t be surprised to see your cat making a beeline for your phone to let you know how it feels about your phone usage.