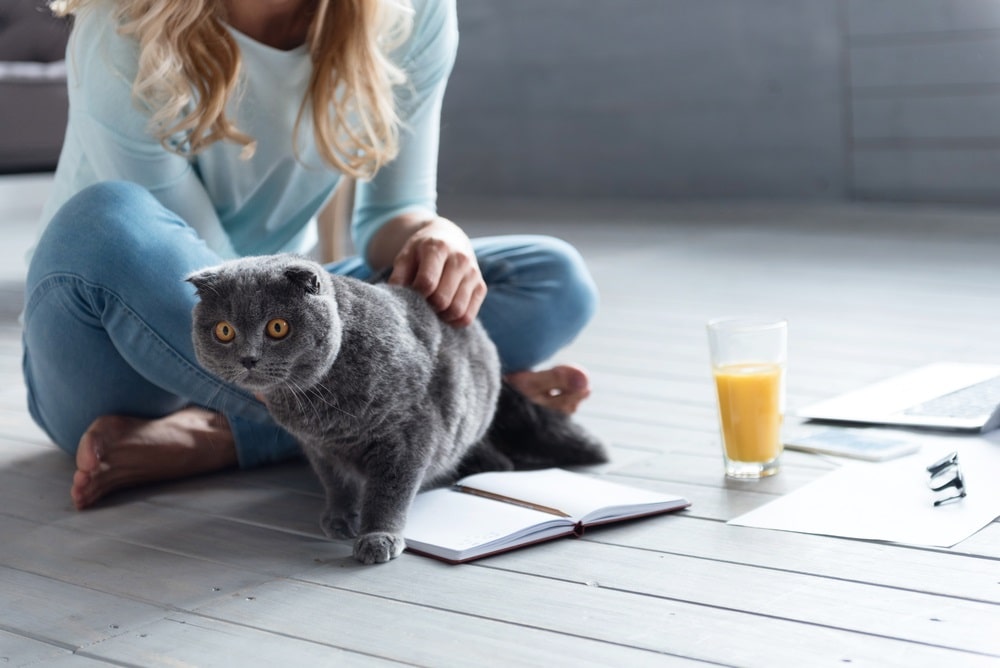 You are chilling on the sofa with your cat your catching up on your Netflix movies. Your cat is being affectionate and wants your attention. You started petting and scratching your pet on his favorite areas like behind the ears, under the chin and on its back.

As you approach your cat’s bum, you notice that your cat is purring more loudly and even starting his butt upwards towards you.

You could see that your cat was really enjoying it when you were scratching and patting its bum. Something that you have not noticed before.

Why do some cats like their bum bum patted?

Is your cat a weirdo or has some unexplained fetish?

Do Cats Like It When You Touch Their Butts?

A good 50% of cats will enjoy some form of butt pats or touch. The cat’s butt is one area that is difficult for the cat to reach thoroughly. Therefore, any form of stimulation to the area is welcomed by the cat.

Here are a couple more reasons why a cat likes its bum patted.

Have you ever had an itch on that part of your back where it is just so hard to reach? And it feels so good when you get someone to scratch it for you?

The same goes for cats.

The bum area and its surrounding is a rather challenging area for most cats to reach. Therefore when you start scratching or patting their bums, it will feel very good for them because you are scratching an itch that they can’t reach.

Cats also like it when you stroke them behind the head or under the chin as these are hard to reach areas as well for them.

Scratching your cats bum and hip area is a good way to bond with your cat and let it know that you’re its personal butt scratcher.

It Feels Good For Your Cat

In general, a domesticated cat that is well socialized likes to be touched. Cats have almost four times more nerve endings in their nervous system as compared to humans. We are talking 19 million vs 5 million nerve endings.

A sensation that might feel dull to us can feel like a hot knife through butter for your cat due.

Petting your cat also sends a signal to the cat’s brain to release hormones like dopamine or oxytocin which makes little kitty feel good.

Cats aren’t programmed to be pack or herd animals like dogs but that doesn’t mean they don’t enjoy being shown some love.

As good as it may feel for the cat, be careful to not overstimulate a cat. Sensory overload for a cat might cause the cat to lash out with a quick swipe of its paw or a warning bite.

It’s not that your cat hates you but the overstimulation is making your cat feel uncomfortable. 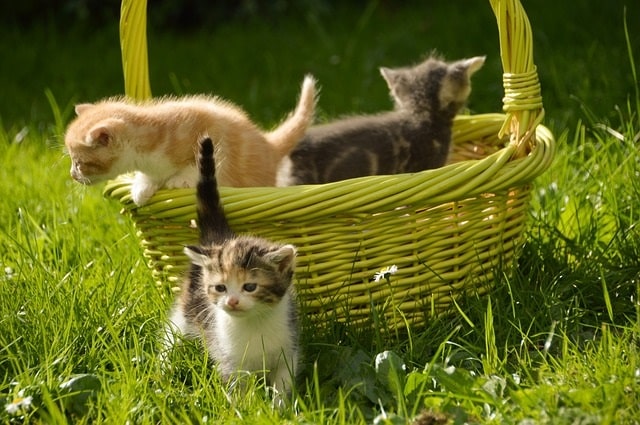 When your cat was a little kitten, it was normal for your cat to be regularly groomed by its mother from head to toe. By patting your cat around its bum around, it reminds your cat of how good it felt to be taken care of by its mother.

The mother cat will even lick the anus of the kitten to encourage it to poo. Thank goodness we as cat owners don’t have to do that. But it tells you how close a bond these wee little kittens had with their mother.

Do you know that cats can’t really recognize their siblings or mother if they are separated for too long?

Be glad that your cat now considers you as its feline mother with your butt pats.

Why Do Cats Lift Up Their Bums When Excited?

One strange behavior that your cat might show is to lift up its bum and show it to you when you’re stroking it.

I notice this happening more frequently when I pat my cat around his butt area.

A couple of reasons.

Your Cat Likes And Trust You

Cats don’t greet each other as humans do. They don’t or can’t go around hugging and shaking hands.

A cat’s way of greeting another cat is “I like you. You seem friendly. Smell my butt?”

It would be tremendously weird and rude for humans to greet each other this way due to how our culture and society has evolved.

But for cats, communication through scent and smell is a major way for them as they don’t have the type of memory structure as us to visually recognize another cat as friendly. Therefore cats greet each other by sniffing each other’s bum.

Why the butt though?

This is because cats have a pair of scent glands located near the opening of their anus. Each cat has its own unique scent signature that is expressed via its scent glands.

Therefore by engaging in some butt sniffing, it is a way for cats to say hello or identify a fellow feline friend.

Cat communication also involves a cat’s tail. When you see two friendly cats about to greet each other, they each have their tail straight up high as if saying “I’m comfortable around you.”

If you pat the butt of a female cat who is not sterilized, you might be sending her the wrong signal, which is you’re ready to mate.

Her lifting up her butt towards you is her way of signalling to a roaming tom that she is in heat and wants to mate.

If you don’t wish for your cat to be displaying such frisky behavior around you, it’s best to get her spayed. Furthermore, sterilizing a cat has more benefits than most pet owners realize.

Why Do Cats Like Begin Patted At The Base Of The Tail?

There are some cats that are very sensitive to touch in this area. Just by petting or stroking them, there is enough to get them all wired up and excited.

One reason for this is that cats may have a large gathering of nerve endings at the base of the tail. Therefore, any sensation at that particular petting spot will feel good for them.

Why Do Some Cats Not Like Their Backs Touched?

Even though a large number of cats do as their backs touched, there will always be a few odd ones that are very defensive of that area.

It could be due to the cat not knowing and trusting you enough. Unlike dogs who can run up to every stranger for pets, cats are more selective.

There are some cats who might have been abused before and hurt their back. Even though they might be in a loving home now, the emotional and physical scars might still remain.

Be sure to respect wishes if it doesn’t like being touched in certain areas. Forcing it will result in you getting bitten or scratched.

Don’t Be Too Rough With Your Cat

You might have come across a couple of videos on Youtube where the owner is really slapping or spanking the cat pretty hard.

As much as the cat enjoys it, you don’t want to cross the line where it starts to be painful for the cat.

Don’t forget that cats have four times as many nerve endings as compared to us so any sensation felt feels amplified.

If for some reason your cat prefers you to use more force when patting its bum, cup your hands when you do it. It softens the blow and it still feels good for the cat.

Doing it with your palms open might result in blunt force trauma if you overdo it or when your cat gets old.

Just like humans, cats have their own likes and dislikes. There are some cats that even enjoy being spun round and round till they get dizzy. And the funny thing is that they still come back for more.

In general, cats love being petted and touched by people if they are well socialized.

It also feels good for us when we make contact with an animal. It helps to reduce our stress levels and make us happy.

So the next time you see a cat, make sure to give it a few butt pats. It could be something that the cat has been yearning for a long time.