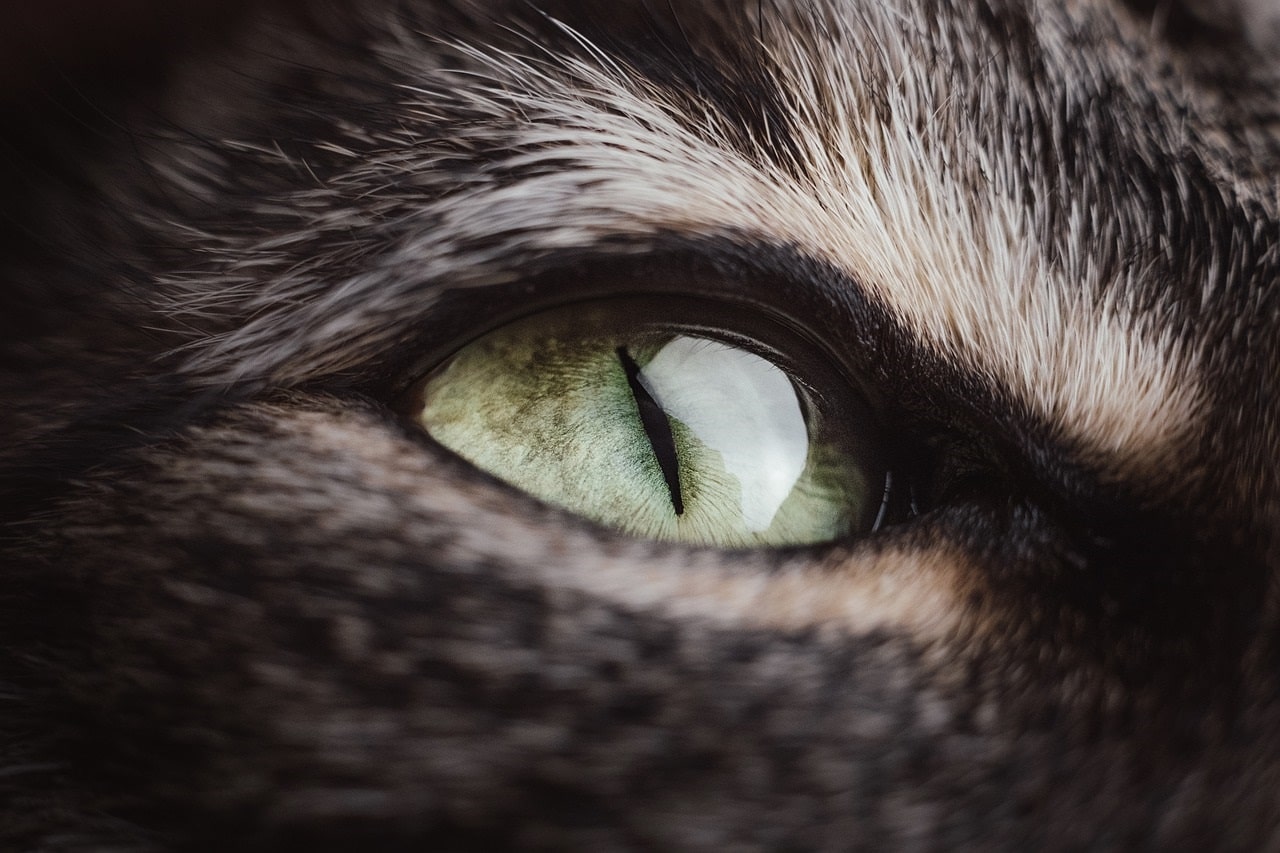 Just the other day, I was lying next to my cat in bed when I noticed something rather interesting.

My cat has eyelashes!

I know it sounds weird but it can be clearly seen when I’m up close in my cat’s face. The fact that my cat has dark-coloured fur around his eyes makes it a lot harder to spot.

I have to admit that it got my staring at my cat for quite a while just admiring his rather long eyelashes.

But what is the purpose of eyelashes on a cat?

Is it used by a cat to batter and flutter at the opposite sex during mating season?

Read on to find out.

Do Cats Have Eyelashes?

Cats definitely have eyelashes but they are not very noticeable. But it is different from the type of eyelashes that we humans have. A cat’s eyelash is rather straight and pointy whereas for humans it is usually well-defined and curly.

What Are Eyelashes For?

Eyelashes grow on the upper and lower eyelids and are stiff hair follicles called Cilia. They are there to serve as a critical safety feature for the eyes. It helps to keep stuff like dirt, dust, and debris from coming in contact with the surface of the eye.

If you’ve ever had the unfortunate experience of having dust or debris in your eye, you’ll know how uncomfortable and painful it can be.

Eyelashes are also very sensitive to touch. The natural reflex is to blink when something or someone touches the eyelash to protect the eye.

I Can’t See My Cat’s Eyelashes?

Don’t worry, you aren’t the only cat owner who has never noticed eyelashes on your cat before. your cat’s eyelashes can be hard to spot if your cat has dark-colored fur. And the thing which makes the lashes even harder to spot is that your cat has fur on its face!

The existing fur tends to camouflage the lashes and they blend in nicely with the rest of the surrounding fur. Long-haired cats like the Siberian or Persian cat might have longer lashes making it more noticeable than a cat with shorter fur.

There is one cat breed that has no eyelashes at all and that would be the Sphynx cat. Not only does this breed have no lashes, but Sphynx cats do not have any fur as well.

They are completely bald!

This is due to a mutation in the gene that controls hair growth. As weird as it might seem, hairless cats are actually quite a sought-after breed for their uniqueness. A Sphynx kitten definitely isn’t cheap.

Purpose Of Eyelashes in Cats

You might be thinking that the eyelashes on a cat serve the same purpose as humans. No one is quite so sure yet as a cat’s eyelashes are much shorter which doesn’t make it very effective in preventing dust or dirt from entering the eye. Animals like horses and cows have very obvious eyelashes that help to protect their eyes.

One reason for this could be that cats have evolved over the centuries to depend less on their eyelashes for protection. 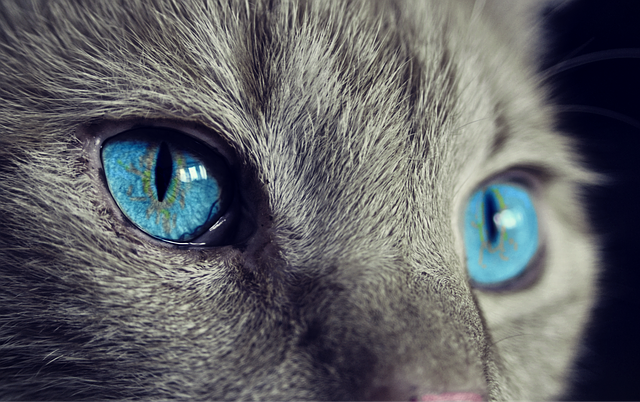 Cats have what we call a third eyelid. This means that cats have three eyelids. The upper, lower and third eyelid.

The third eyelid is a thin membrane located at the corner of the cat’s eyes that helps to protect the cornea and keep the eyes moist.

Think of this eyelid as a ‘windshield wiper of your cat’s eyes that can remove dust and dirt from the surface of the eye.

How cool is that!

It also helps protect the cat’s eye when it has to go through thick vegetation or when trying to hunt prey.

The majority of the time, you won’t be able to see your cat’s third eyelid unless it is sleeping, just woken up from a nap or has just been under general anesthesia.

If you do happen to notice your cat’s third eyelid, it would be advisable to take your cat to the vet as there’s an underlying medical condition.

Commonly known as ‘pink eyes‘ or ‘sore eyes’, your cat’s third eyelid will be visible if it has an eye condition.

This is when the conjunctiva becomes inflamed due to an allergic reaction, injury or infection.

The middle part of the cat’s eyeball is called the uvea and it has a complex network of tiny blood vessels.

When this part of the eye gets infected or inflamed, it can cause the third eyelid to become visible.

Horner’s Syndrome is caused by a neurological disorder and it often affects the cat’s face. This condition can cause the cat’s eyes to be asymmetrical, exposing the third eyelid. It’s usually caused by trauma and can heal on its own.

My cat suffered from this after his tooth extraction. Somehow the extraction affected his facial nerves causing him to be cross-eye.

I know it is rather unbecoming of me to say that he looked extremely comical during that period but I was also extremely worried.

The vet told me that it will heal and correct on its own which it did after a few weeks.

It is common for humans to get an infected eyelash. This is very common in females who use eyelash extensions or mascara. It goes away on its own after some antibiotic eye drops.

The same goes for cats.

I’m not implying that female cats put on mascara but cats too can suffer from eyelash disorders.

Eyelash disorders in cats are caused by abnormal eyelash growth on the cat’s eyelid and can be classified into these three conditions.

The usual symptoms that your cat will exhibit will be excessive tearing, red or bloodshot eyes, constant pawing of its face and visible third eyelid.

Eyelash disorders are actually very rare in cats but if your cat does happen to have it, get it checked out by the vet before it affects your cat’s vision.

The vet will check out your cat’s eye under a magnifying glass to ascertain which one of the three conditions it is. A tear production test might also be done to ensure that there are enough tears produced to keep the eyes moist.

In most cases, trimming or plucking out the affected eyelashes will solve the issues. Surgery might be done for more serious cases where the eyelash is constantly irritating the eye.

Once your cat is home, the vet might have an eye patch on your cat to heal the wound. It is important for your cat to use an Elizebeth collar to prevent your cat from scratching its face.

Make sure to clean out your cat’s eye with fresh water and apply any medication as instructed by the vet.

Some eyelash disorders like distichiasis have the tendency to reoccur. You might have to take your cat back to the vet for treatment when it flares up again.

Can I Cut My Cat’s Eyelashes? 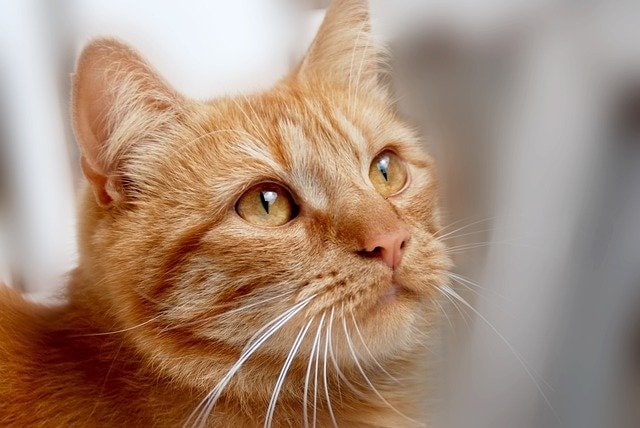 No, definitely not and there is no reason for you to be cutting your cat’s eyelashes. First of all, you should not be having any sharp objects neat your cat’s face that can cause a potential injury. Secondly, even if there is a valid medical reason to cut your cat’s eyelash, leave it to the vet. You will only make it worse.

It is pretty cool to know that our cats have cute eyelashes. Even though they don’t really serve much of a purpose for your cat, it would be good to just take a closer look every once in a while to make sure there is no infection going on in those areas.