Have you ever heard the phrase ‘blue balls’? It refers to a phrase you hear when people joke about being sexually frustrated after being in a prolonged state of arousal. I heard it being used more as a teenager but not so much as I got older.

Dogs are sexually active animals and they can experience periods of heightened arousal during mating season.

But can our dogs get blue balls in the same way that we humans do?

Dogs do not exactly get blue balls when it comes to feeling sexually frustrated or unfulfilled. they do not view sex as a form of ‘release’ but solely for the sake of reproduction. However, there might be times when a dog’s balls can become discolored due to medical conditions.

In this article, we will dive into the facts behind the topic of getting blue balls so you can better understand your dog.

What Exactly Is ‘Blue Balls’?

Believe it or not, there’s exactly a scientific explanation behind getting blue balls. Technically, the condition applies to males as it involves the testicles.

Blue balls is also known as epididymal hypertension which involves the sensation of discomfort and mild pain due to prolonged sexual arousal without ejaculation.

It also does cause the testicles to turn blue, not to the extent of looking like a Smurf but with a tinge of a bluish hue on the skin of the dog’s scrotum.

Why Do The Balls Turn Blue? 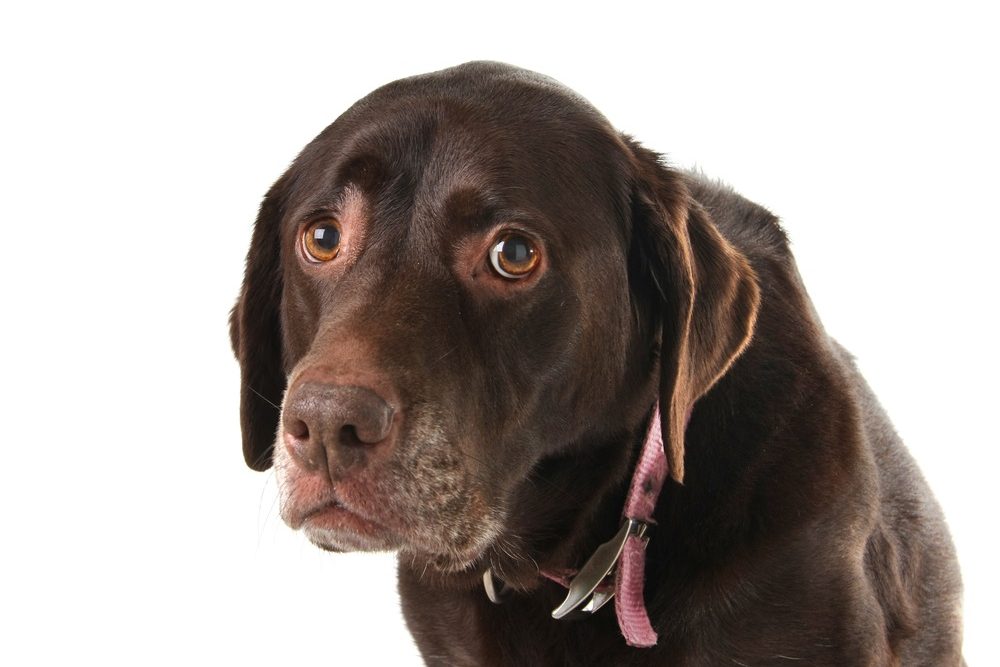 During sexual arousal, the blood vessels that carry blood to the male genitals get wider. This causes the penis to be erect and the testicles to expand by 20-50 prevent larger than their normal size.

Not only will the testicles look swollen but reddish in color too due to the sudden surge of oxygenated blood.

These blood vessels will then constrict to prevent the blood supply from flowing back out too quickly.

After ejaculation, the veins will relax and the blood in that area will flow back out.

Assuming that sexual release doesn’t happen after some time, the blood that is trapped there will become less oxygenated and start to turn bluish which explains the term blue balls.

We probably need to hear it from the horse’s mouth but actions speak a lot louder than words when it comes to a dog’s level of horniness.

I have met dogs that have the tendency to hump everything, both living and inanimate. I had my cat and dog before they were neutered and my dog definitely showed more signs of wanting to mate.

I wouldn’t be surprised if he lunge at the opportunity to hump the ‘crack of dawn’.

Even puppies get into the act of humping at a young age to practice and prepare for the real thing .

A lot of this sexual desire stems from having testosterone in a male dog’s body. It is the same sex hormone that male humans have as well.

Even though neutered dogs have very low levels of testosterone in their blood, they can still hump out of habit or due to other emotional reasons.

It is only natural for us to think that our dogs do get blue balls if they are not able to release their sexual urges. I have even been asked by some dog owners if they should get a female dog for their male dog.

There are already too many puppies without homes in this world and we don’t need more on the way as a result of your dog’s sexual frustration.

I am more inclined to believe that our dogs do not necessarily get blue balls because they do not view sex the way humans do.

To a dog, sex is purely for the sake of reproduction. Once their sexual urges are turned on, something goes off in their brain to go and make more puppies.

It is a lot more complex and deeper for humans which takes into account the psychology of sex and not just used as a tool for continuing the human race.

When sex is regarded as an activity other than for procreation, there will be a level of disappointment when it doesn’t happen. The state of arousal put the body in overdrive and geared for release. If that doesn’t happen, it would feel like slowly releasing the air out of an inflated balloon.

Male dogs do not have the ability to ponder on a failed or botched attempt to mate with a female dog. They just do what comes naturally to them…find another female.

That being said, there’s no way of ascertaining if dogs get blue balls unless we are able to get in their heads.

But until that one fine day arrives, let us assume that dogs do get blue balls or sexually frustrated.

Is there anything that they can do about it?

It might come as a surprise for many dog owners but it is possible for dogs to get wet dreams. Wet dreams are also the body’s natural way of releasing itself sexually without engaging in the act.

The fact that dogs are able to have wet dreams shows that dogs can dream.

Dogs can enter rapid eye movement while they are asleep and it is during this sleep phase that dreams happen. The thing that we do not know is exactly what dogs dream about.

Your guess is as good as mine.

Some dogs are known to ejaculate when they are feeling excited and not sexually aroused.

These are all ways that your dog’s body will release its blue balls.

What If Your Dog’s Balls Are Really Turning Blue?

We now know that being in a sexually aroused state might cause your dog’s testicles to turn slightly blue. But there are other reasons that could make your dog’s balls turn really blue.

An Insect Or Bug Bite 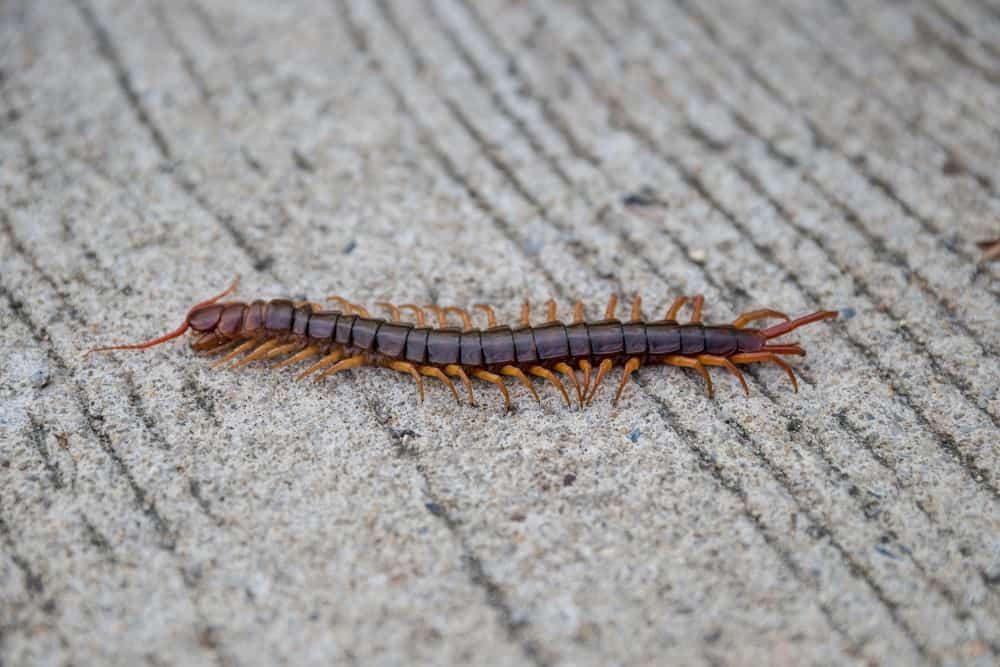 You might think that getting an insect bite o your dog’s balls is almost impossible but it does happen. Most of the time, dogs are more prone to getting bitten or stung on their faces and paws.

Observe how your male dog sits and you’ll notice that its ball sac is very close to the ground. If you are in a forested area, your dog might not realize if it’s sitting close to a poisonous insect.

A bite from a poisonous insect like a black widow spider or centipede will cause a lot of extreme pain to your dog.

Symptoms of an insect bite include:

If you suspect that your dog has been bitten by a poisonous insect, you need to take it to the vet immediately for treatment. The vet might administer an anti-toxin to neutralize the toxins in the body.

Do not wait to treat your dog as the toxins in the venom can also cause significant tissue damage.

Canine brucellosis is a testicular infection that is caused by the bacteria, Brucella canis. A dog that is infected by canine brucellosis will start to have issues with its reproductive organs.

An infected male dog will most likely have an infected testicle that is swollen and with a rash on the scrotum skin.

The infected testicle will start to atrophy if this issue is left untreated.

What makes this bacteria dangerous to dogs is that it can also infect the dog’s vital organs, spinal cord and eyes.

Canine brucellosis is also very contagious between dogs and can spread via the dog’s waste and bodily fluids.

Another dangerous thing about this bacteria is that it’s zoonotic which means that it can be transmitted to humans. Make sure to always wash and disinfect your hands when coming into contact with an infected dog.

The same practice should be applied if your dog has pink eye as pink eye is also a zoonotic infection.

Antibiotic therapy is the most effective form of treatment for dogs with canine brucellosis but this bacteria is very difficult to get rid of.

The majority of dogs will carry this bacteria in their system for life and can shed it from time to time.

Testicular torsion is a medical condition that involves your dog’s testicles getting twisted. It can also be caused by an inflammatory condition that blocks the blood flow to the testicle.

It can happen to one or even both testicles.

Both causes will cut off the blood supply to the dog’s testicle which will be very painful and uncomfortable for the dog. This will eventually lead to the tissue in that area turning blue due to lack of fresh blood and then black when the tissue dies.

A dog with testicular torsion needs to be given a thorough physical examination by the vet. Surgical treatment is usually the best way to treat this condition and prevent it from happening again.