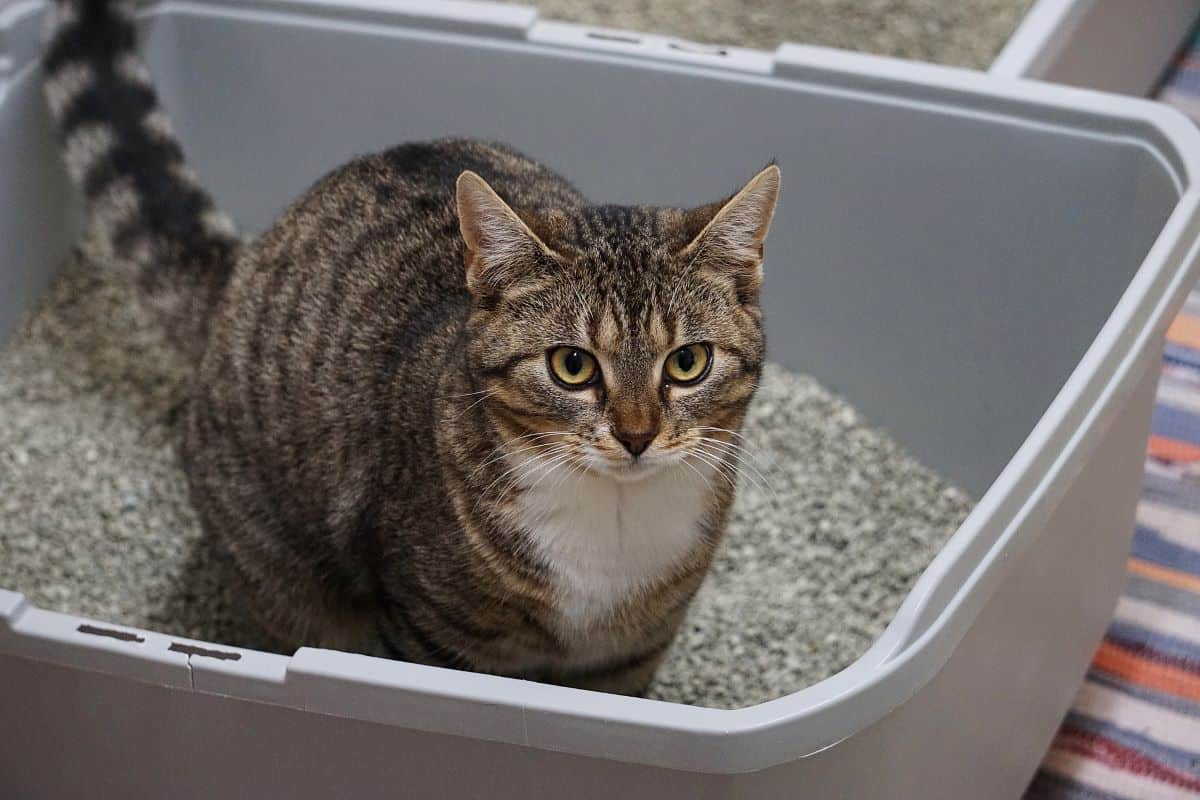 Through the process of evolution, both man and animals have evolved to be more efficient and effective when it comes to survival. Both species have come up with ways to do things a little faster and better.

However, one thing that has stayed constant throughout time is the way that we pee and poop. While observing my cat during his litter box time, it got me thinking. If birds are able to pee and poop from the same hole, why can’t our cats pee and poop out of the same hole too?

Despite their mysterious nature, cats do not pee and poop out of the same hole. Cats have separate canals and openings when it comes to eliminating urine and fecal matter. It can seem like cats eliminate their wastes from the same hole due to the position they take up while doing so.

This question might seem rather out of sorts for experienced cat owners. But our cat’s bathroom habits isn’t something that we really give much thought to….until now.

Which Hole Do Cats Pee Out Of?

If you have both a female and a male cat, you will notice that they will both pee in the same position, which is to squat. This makes it seem like cats do pee and poo from the same hole which might give rise to some confusion.

For humans, men will stand to pee while women will sit to empty their bladders. However, I have a guy friend who once told me that he prefers to sit down and pee to minimize splashing.

Given that cats are mammals like us, their internal biological structure doesn’t differ much from ours. Cats pee from a tube called the urethra which carries the urine from their bladder and out of their bodies.

The similarity ends here when it comes to a male and a female cat as they have slightly different urinary systems.

It is very important that you allow your cat access to a litter box at night. Don’t make your cat hold in its pee or poop for so long as its very uncomfortable for the cat.

How Do Male Cats Pee?

Food that is broken down in a cat’s body for energy leaves behind waste that resides in the cat’s blood.

A male cat’s kidneys do most of the heavy lifting when it comes to creating pee. The kidneys will filter out urea, water and other waste products from the blood and send them to the bladder via the ureters.

Once the male cat’s bladder is full, the cat will squeeze its bladder muscles which will release the pee which passes through the prostate and out the urethra which is in the cat’s penis.

How Do Female Cats Pee?

Female cats produce urine the same way as male cats. However, when the pee is released from the bladder, it just exists directly from the urethra.

We know that female cats have a vagina and not a penis. The urethra sits between the anus and vagina of the female cat.

Which Hole Do Cats Poop Out From? 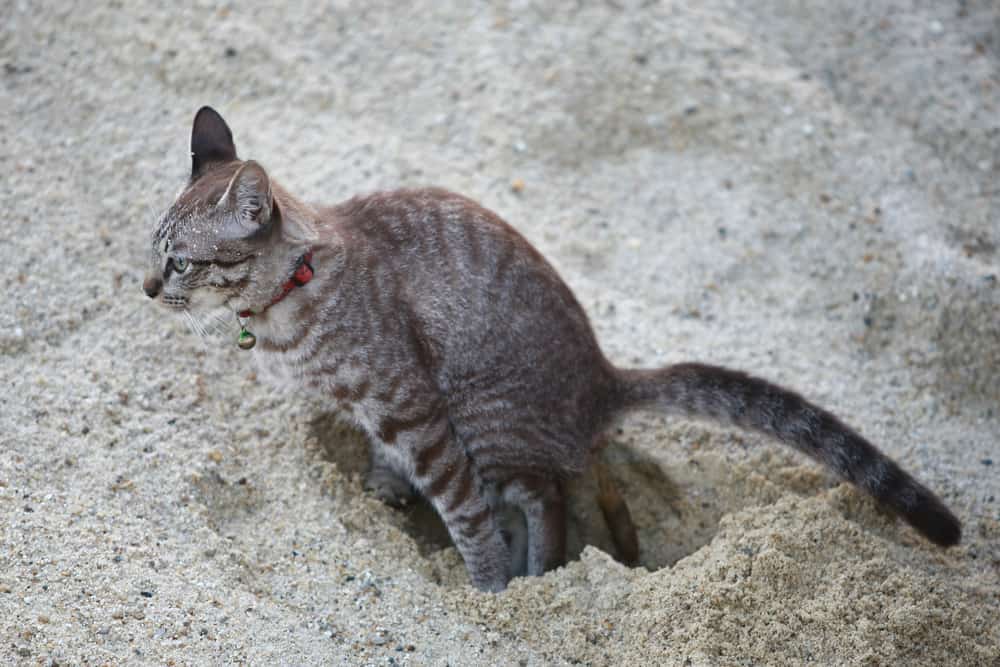 There isn’t any difference with regards to the elimination of poop from both genders. Poop is made out of undigested food and waste products in your cat’s body.

Think of your cat’s digestive system as an energy factory and the food it consumes as a tree log. The stomach will chop up the log into smaller pieces and the intestines will burn the individual logs for energy.

What is left is the charred waste which ends up as cat poop. It is eliminated via the anus when your cat visits the litter box.

Cats are known to be fussy and finicky creatures. And one thing that they pay special attention to is their litter boxes.

When a cat uses its litter box, it prefers to use one that has been cleaned out. It can tolerate a bit of a mess but when it gets too much, your cat will be more inclined to start peeing in your shoes.

One important tip for a cat parent to know is to always keep your cat litter box clean. Make it a point to scoop out the soiled litter at least once a day.

My cat will make sure to give me a meow of disapproval when I fall behind in my litter box duties.

“Shame on you, cat owner!” goes my frustrated cat.

“Would you like it if I disabled your toilet flush too??”

Hard to argue with that rationale.

Most cats do not like smelling the waste of other cats in their litter tray and can choose to eliminate elsewhere if so.

Why Cats Don’t Poop And Pee From The Same Hole?

There are good reasons why cats don’t pee and poop from the same hole. First of all, it is hard for us to imagine having to poop out last night’s buffet or Mexican dinner via our pee hole.

It ain’t going to be pretty or comfortable.

That is exactly why we use a dishwasher for washing out dirty dishes and a washing machine for our laundry. Each machine is similar yet different in its functionalities which enables them to be more efficient in what it does.

Your cat’s urine and poop are composed of different materials which have to be gotten rid of in a way that is effective and fuss-free.

You definitely do not want to mix the two as it will create an even bigger mess.

The most important reason why cats don’t do it from the same hole is to prevent cross-contamination.

Urine is sterile but I can’t say the same for poop. A Cat’s poop can contain a lot of bacteria, contaminants and even parasites which isn’t great for the urethra and can cause problems like urinary tract infections.

Do Cats Pee And Poop At The Same Time? 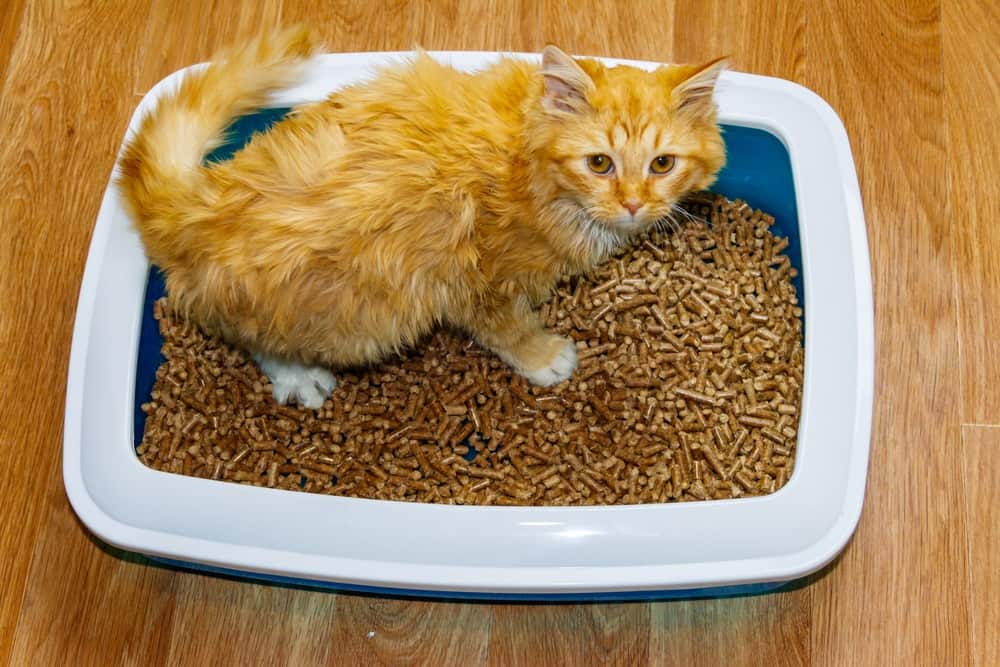 I don’t have a web camera aimed at my cat’s litter box to observe his toilet habits 24/7. But I would like to think that having peeped at him using his litter box for more than a decade, there are some interesting things that I’ve observed.

I’ve never seen him pee and poop at the same time, something that we humans are capable of doing if we want to.

He will always poop separately before or after taking a pee. But his habit will be to pee first and then poop.

The stance and position that he takes when peeping or pooping is different. When peeing, he is more in a squat with his back being straight. When pooping, he is still in a squat but his back with be arched.

My take is that the change of stance is caused by the use of different muscle groups, the bladder muscle and bowel muscle.

So I’m rather perplexed about sites that claim that cats can pee and poo at the same time.

He won’t pee and poop at the same spot.

For some reason, he seems to prefer pooping and peeing at the corner of the litter box or against the side.

Most cats bury their waste after they are done to prevent the smell of their waste from attracting the attention of other cats or predators.