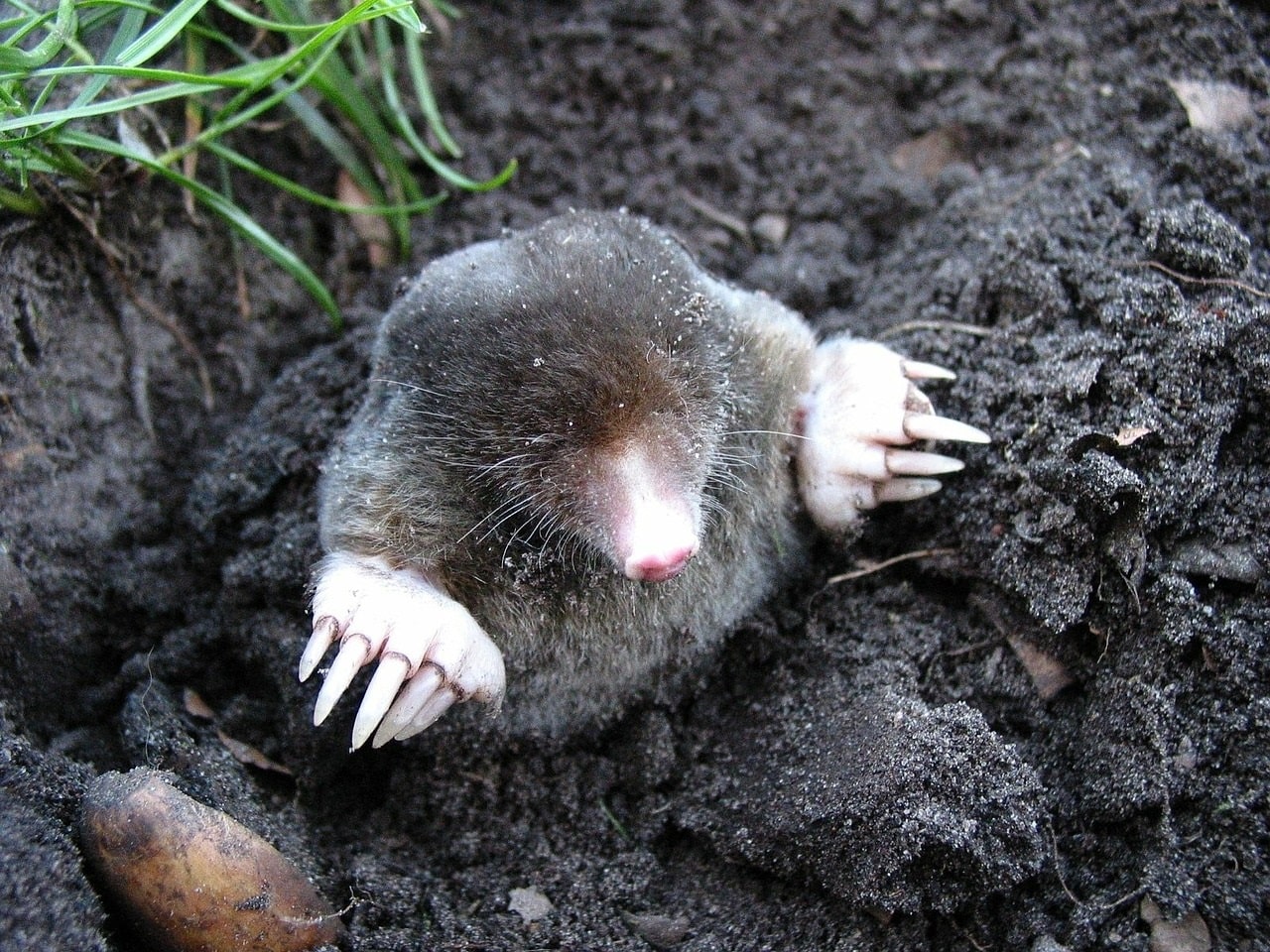 Just so that we are all on the same page, today’s article isn’t about spies.

Or our cats being able to cat an undercover spy to be exact.

The mole in question today will be that rodent-like creature that lives in our garden or underground to be exact.

Some gardeners welcome moles as they help to aerate the soil. But the invasion of too many moles can disrupt your garden and draw other pests.

Assuming that you are having a mole problem now, would your cat or cats do a good job in being a mole exterminator?

Cats do catch moles as these underground moles are considered prey by most cats. Cats hunt moles for food and also for fun. It might not be a good idea to let your cat eat the garden moles as they might pass on parasites to your cat.

Let’s take a deeper look at what moles are and how we can keep our cats safe during a mole invasion.

Moles are rodent-like creatures that live underground all their lives. Moles are surprisingly small, about the size of a potato.

They move about by using their huge clawed flipper to dig through the soil with a swimming motion.

It is a misconception that many people think of moles as blind when they have eyes and can see. They don’t have good vision and depend largely on their sense of smell to get around.

Moles are considered insectivores which means that they only eat insects found in the soil.

Are Moles Considered A Pest?

A couple of moles in your garden are a common sight. They don’t damage or eat your plants as their main food source are insects and grubs. You might have an occasional molehill that can be easily leveled.

The main issue arises when they are too many of them in your garden. Excessive digging underground can damage your plants in the long run.

Another common visitor that some cat owners get at times is wild possums. These possums will eat the leftover cat food that is left outside.

Given that moles are considered prey to cats, most cats will eat ground moles as food when caught.

You might see this behavior most commonly with stray cats and wild cats who don’t have a constant food supply. They will eat what they catch.

Our domesticated cats tend to see moles as a chance to practise their hunting skills. It is probably more fun honing their hunting instincts with a live target.

A domestic cat will get excited when they see a ground mole. The chance to play hide and seek with its prey is not an opportunity to pass up on.

How Do Cats Hunt Moles?

Moles can be difficult to hunt as they live and move underground. But nature has given cats tools to be very effective hunters.

Even though the cat can’t see the mole, it can feel the mole moving underground with its paws. Its keen sense of smell would also be able to locate where the mole is as moles secrete a strong odor to scare off potential predators.

These senses allow the cat to pinpoint the mole’s position and dig it out of the ground as it nears the surface.

The whiskers of the cat play an important role during the hunting process. Once the cat gets within striking distance of the prey, it will point its whiskers out towards its target.

Cats don’t see too well up close so the whiskers act as radars to help the cat grab the prey with its teeth and claws.

Are Moles Poisonous To Cats?

Moles by themselves are not poisonous or toxic to cats or pets in general. They feed on insects and grubs hence the risk of contamination is low.

There are times when a cat can get sick from eating a mole.

Moles live underground in forested areas hence there’s a chance of ground moles passing parasites like ticks, and fleas that will feed on your cat’s blood.

Using dish soap can be an effective way to remove fleas or ticks on your cat.

Furthermore, house cats eating moles can get infected with tapeworm. Tapeworms will leave in your cat’s digestive system and feed on your cat’s food intake thus robbing it of its nutrition. You will need something like Drontal to get rid of tapeworms in your cat.

How To Get Rid Of Moles In My Garden?

If you notice a couple of moles in your garden, I would suggest just leaving them alone. There are good for your garden’s ecosystem.

But if you have an invasion of ground moles then there are some effective ways to get rid of them.

Use A Mole Trap

This is far best the most effective way of removing moles from your garden. Use a humane mole trap that does not harm or injure the mole.

Locate the active tunnels of the moles and place the trap there. The trap works on both ends to capture moles that are coming and going.

Make sure to check the traps daily so as to not trap them in there for too long. Release the moles a few miles away from your garden.

Use A Scent Deterrent

Like cats, ground moles have a very acute sense of smell which they use to hunt and move around.

By using a strong scent, it will help deter the ground moles from coming into your garden or drive them away.

Sprinkle them around your garden and inside the tunnels to be an effective deterrent.

Moles are scared away when they sense vibrations from above. To them, it signifies dangers and they won’t go near the source of vibration.

There are commercial vibration devices that are made especially for scaring moles away. These devices are usually battery, wind or solar powered.

This method requires less upkeep than using a scent deterrent that needs to be refreshed to be effective.

Will Mole Poison Kill A Cat?

There is one method that we didn’t include and are not a fan of. And that is to use mole bait or mole poison.

We don’t see it necessary to kill moles as they aren’t considered pests or parasites. They just need to be rehomed elsewhere away from your garden.

Mole poison or bait contains a chemical compound called zinc phosphide that can be eaten by your cat or dog.

When this chemical compound mixes with the stomach acid, it releases a toxic gas that is harmful to living things.

Please keep your cat or dog away from mole bait or poison as it is highly toxic and can be fatal to pets.

My Cat Ate A Mole

Most of the time, when our domestic cats eat moles, there’s not much to worry about. Cats are careful eaters and if they feel that they have eaten something wrong, they will regurgitate the contents.

This helps to prevent any form of food poisoning.

However, you should still monitor your cat closely for the next 1-2 days and look out for any signs of vomiting, diarrhea, drooling or loss of appetite

Immediately bring your cat to the vet if you notice any of the above symptoms. The faster it receives medical attention, the better your cat’s chances of recovery.

It is not easy to stop your cat from eating ground moles as your cat sees moles as a menu item. If your cat has a thing for moles, it would be best to restrict your cat’s access outdoors. 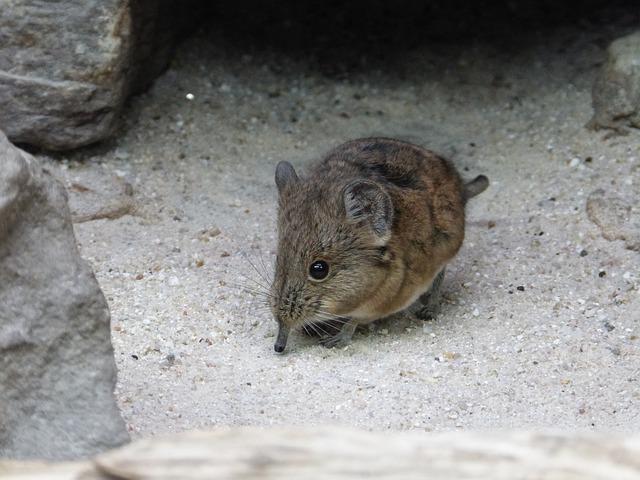 If you have ever noticed a small rodent-like creature running around your garden or yard, it is probably a shrew and not a mole.

They are about the same size as a mole with a pointed nose and small eyes. But they don’t have those huge giant front flippers as they live above ground.

Most cats tend to stay away from shrews as they can emit a bad skunk-like odor to repel predators.

Their saliva also contains venom that isn’t strong enough to harm a cat but can cause some irritation and swelling to the skin when bitten.

Shrews are ferocious creatures and can put up a good fight when cornered by a cat.

Where do you think the Shakespearean play ‘Taming Of The Shrew’ got its name from.

Ground moles have gotten a bad rep over the years as being a parasite or pest to your plants. But many gardeners have found ground moles to be more of a boon than a bane to their plants.

Ground moles help to fertilize and keep your soil healthy. Furthermore, they also eat the bugs that can cause damage to your plants.

If you do need to remove a couple of moles from your garden, please do it humanely and not cause them any harm.

Using mole bait or poison isn’t a good idea as it is toxic to your pets and family.

Learn to appreciate the moles in your garden and don’t start to make a mountain out of a molehill!