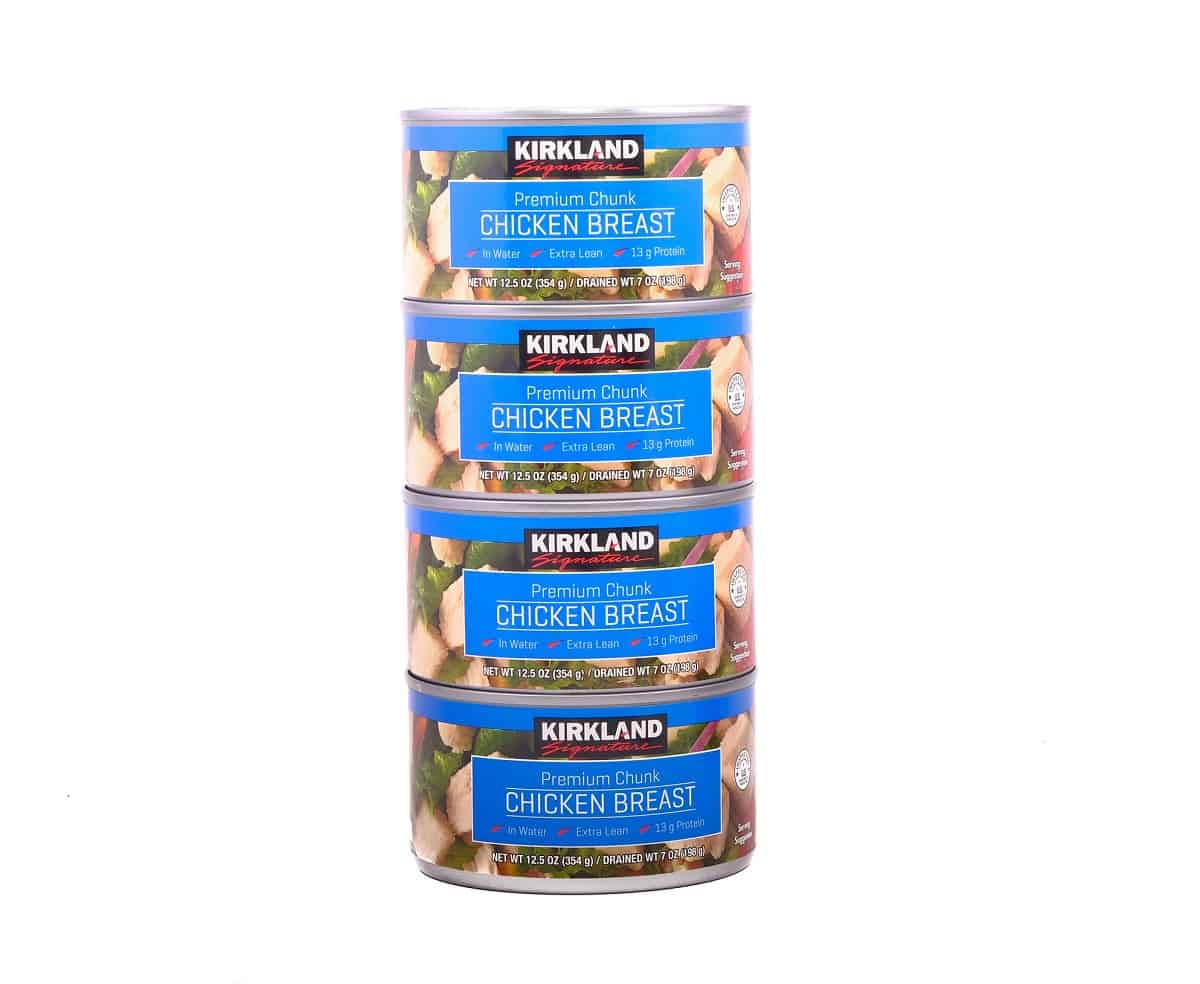 I have a cupboard in my kitchen that is labeled as ‘Emergency’. You might be thinking if this is where I stash my flashlight and first aid kit. Not quite.

This storage space is only for my canned food on days when I mess up badly in the kitchen or just feel too lazy to make my own meal. Recently, I have started experimenting with canned chicken instead of canned tuna for some variety.

Some cat owners might think that since cats are meat eaters, canned chicken might be an Ok option as a meal. Plus it is much cheaper than commercial cat food.

But can our cats eat canned chicken?

The occasional use of canned chicken as a treat is fine for most cats. However, canned chicken should not be used as a staple in your cat’s diet. Your cat needs more than just meat in its diet. Other dietary nutrients are also required. Furthermore, canned chicken is high in salt which can be toxic to cats.

What Goes Into The Making Of Canned Chicken? 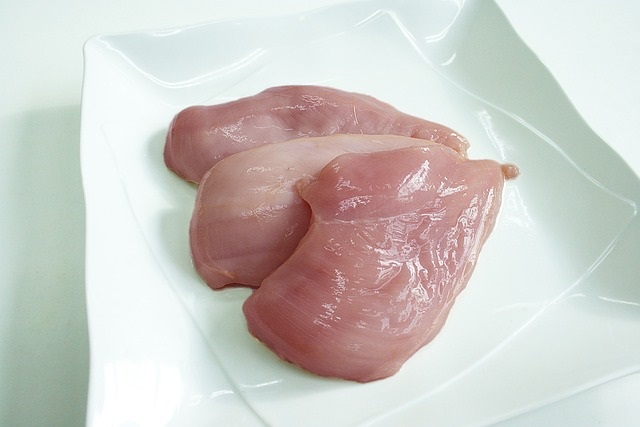 When it comes to the topic of canned food, it can get controversial at times. They aren’t exactly healthy in many ways but they do come in handy when convenience is required.

The good thing is that canned chicken is made from real chicken meat, usually chicken breast. The chicken meat is chopped or minced into smaller pieces and cooked.

There are two ways to manufacture canned chicken.

The first way is to pack and canned the chicken after it is cooked. The second method involves packing the raw chicken meat into cans, sealing them up and cooking the contents in a pressure cooker.

Is Canned Chicken Bad For My Cat? 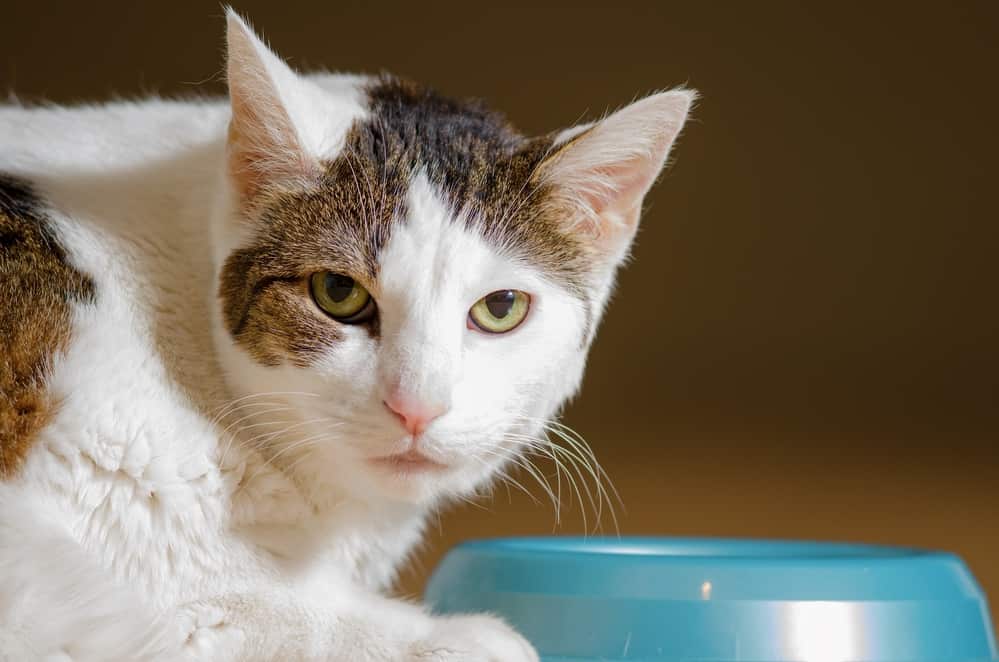 I wouldn’t exactly say that canned chicken is bad for your cat, but it isn’t something that you would want to feed your cat on a regular basis.

Canned chicken breast is definitely a much better option than the kind of unhealthy human foods that many cat owners feed their cats.

100g of canned chicken contains a good amount of protein, about 26g to be exact.

Protein is a very important nutrient for all cats. This is due to the fact that cats are naturally obligate carnivores. Eating protein alone does not make one an obligate carnivore. A cat requires protein from a meat source and lots of it.

Unlike carnivores that can consume a small percentage of carbohydrates, cats need meat to survive. Their bodies do not require carbs at all.

So when cats eat canned chicken, they are fulfilling their main dietary criteria but that still doesn’t make canned chicken good for cats.

Canned Chicken Has Too Much Sodium

Every one of us has eaten canned food at some point in our lives and 99% of the time, the content is already tasty.

Almost to the point of being salty.

Salt or sodium is a very common ingredient in canned food for taste and also as a natural preservative. If these cans are going to be left on the shelves for long periods of time, they can’t afford to go bad so easily.

However salt is necessary for living things to function normally. Sodium is required for the following bodily functions:

Without salt in our bodies, we will all be laying on the ground cramping up and feeling really thirsty.

As much as your cat needs salt in its body, too much of it can lead to health problems. On average, a human needs about 2300mg a day. Cats being a lot smaller than us, only need about 20-42mg of sodium a day.

100g of canned chicken already contains 482 mg of sodium which is more than 10x the salt that your cat needs.

Too much salt can cause salt poisoning in cats which can result in signs of:

99% of cats out there do not need more salt in them. They are already getting all the salt that they need from their normal food.

Make sure to feed your cat a good quality and balanced diet like wet cat food or raw meat. Skip the dry cat food for cats if possible. 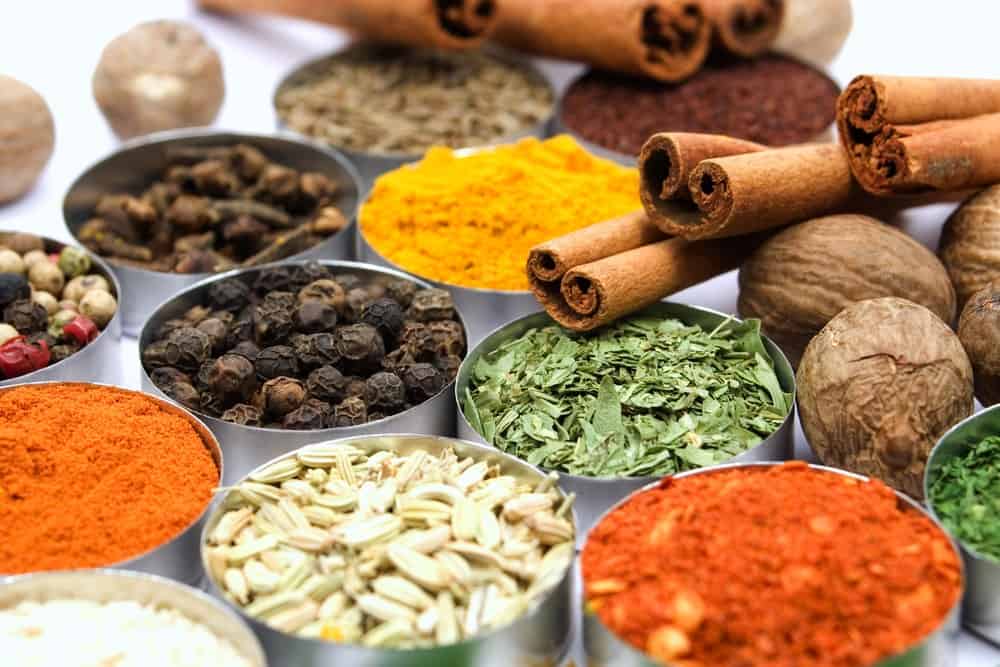 Every time I walk down the aisle in the grocery store, I marvel at the wide range of flavors that we can choose from.

All these added ingredients might not be healthy for your cat especially if there are peppers, onion or garlic. These vegetables are part of the allium family like shallots, leeks and chives.

Onion and garlic are very toxic to cats as they contain a chemical compound that can damage your cat’s red blood cells.

Red blood cells that are damaged are less efficient at carrying oxygen to other parts of the body which can cause the cat to become anemic.

If you like your canned chicken spicy, don’t give your cat any of it. Peppers are used as a deterrent for cats and consuming it can irritate your cat’s digestive system and face.

Why Canned Chicken Meat Isn’t A Complete Meal For Cats?

To give your cat the best diet possible, we need to look at how cats in the wild eat. They will hunt for small prey and not only eat the meat but the bones and organ meat as well.

By just giving your cat canned chicken, there’s only protein in it without the important nutrients. A cat’s meal should mimic a prey that it would catch in the wild as closely as possible.

Most commercial cat food brands will already include the necessary minerals and vitamins in their formula. Something that human-grade canned chicken doesn’t have.

Another important nutrient that your cat needs is taurine. Taurine is an essential amino acid for cats which is found in animal protein.

It has many important functions such as:

Your cat can’t synthesize taurine naturally which means it has to get it from its food. There’s already some taurine in canned chicken but not enough as a lot of it is destroyed by the cooking process.

What Canned Meat Is Good For Cats?

There aren’t any types of canned meat that are good for cats unless it is canned food for cats. The canned meant that we find in your grocery stores contain too much salt and other ingredients which aren’t good for our cats.

If your cat is happy with his current diet, isn’t a good idea to start feeding it all these canned meats. You don’t want your get to get a sudden attraction to such foods and start to disregard its usual cat food.

When feeding canned chicken to your cat as a treat, do not give those that come with rice or noodles in them.

Even though there’s protein for your cat, the added carbohydrates doesn’t do any good for your cat’s natural diet.

Cats do not possess the enzymes required to break down carbs and too much of it can give your cat a tummy upset.

Cats that are on a carb-heavy diet also tend to put on unnecessary weight which can cause health problems such as: 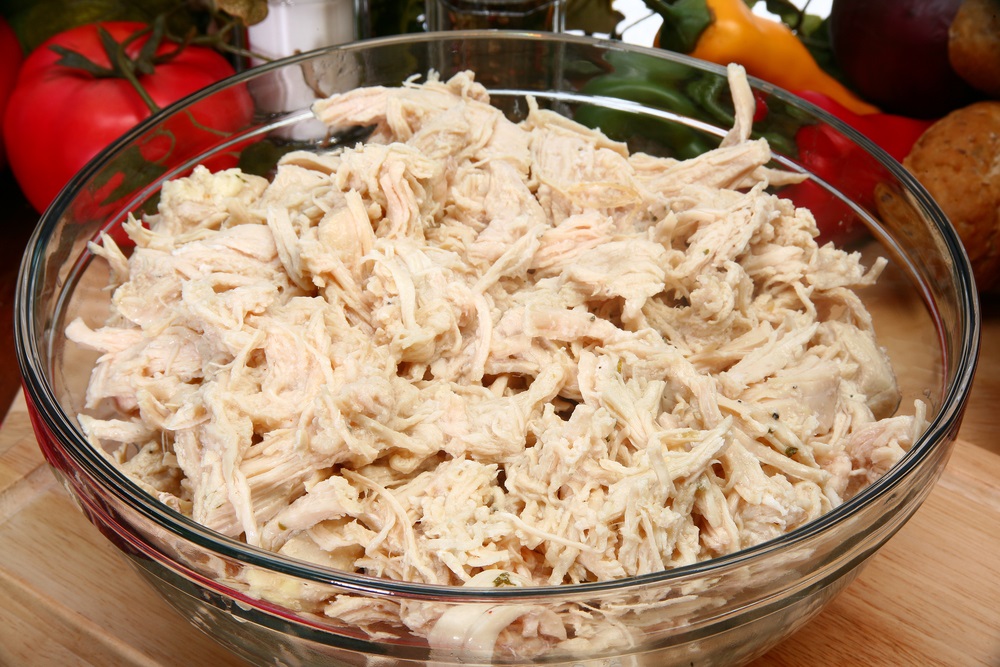 If you wish to make a healthy treat for your cat, I would prefer cooked chicken over canned chicken.

Just boil or steam some fresh chicken meat for your cat until it is cooked. Let it cool before chopping it up into bite sizes for your cat.

To add a bit more flavor and water for your cat, you can use some of the broth if you boiled the chicken in a pot.

I wouldn’t suggest using canned chicken broth as it has a lot of salt in it.

If you don’t have fresh chicken meat, you can cook canned chicken as well which works too. But make sure to give the meat a rinse to get rid of as much salt content as possible. \

I know of many cat owners that use cooked chicken as part of their cat’s diet. They will add in some organ meat, grounded egg shells and taurine to make the meal complete.

Can I Feed My Cat Chicken Every Day?

You most definitely can. In fact, chicken is what I feed my cat on a daily basis. My cat is on a raw meat diet so chicken comes in handy as a staple meat.

I’ve tried many types of meat that a cat can possibly eat but chicken seems to be my cat’s favorite for some reason.

If your cat is allergic to chicken, there’s also turkey and rabbit meat.

Not all meats are made equal when it comes to cats. It is good to know the best types of meat to feed your cat.

Can I Feed My Cat Canned Tuna? 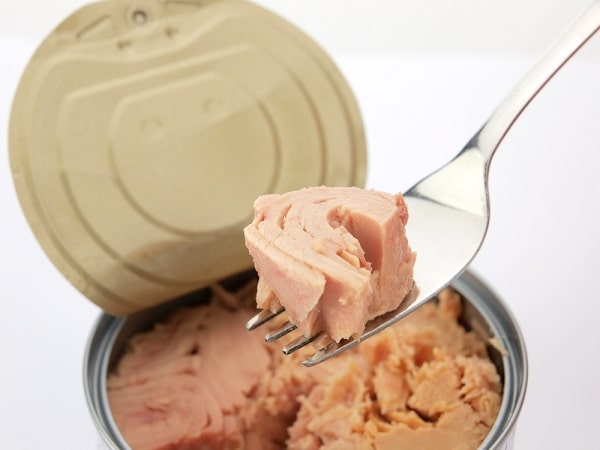 Another popular type of canned meat that cat owners like to feed their cats is canned tuna. Cats love tuna due to its strong stinky smell which helps with their appetite.

It is ok to give your cat some canned tuna but make sure only to feed canned tuna in water. Do not feed your cat canned tuna that is soaked in brine, oil or have other flavors in them.