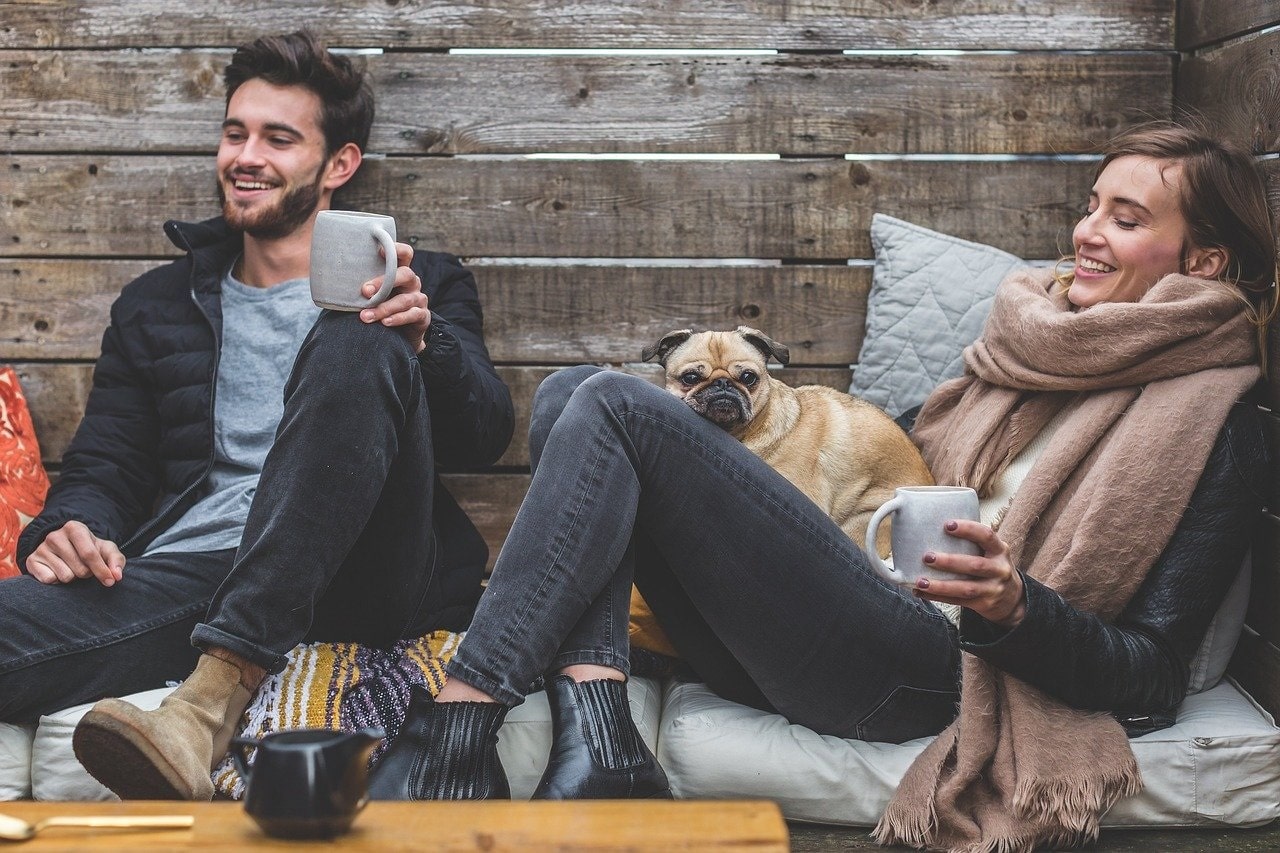 Dogs are intelligent creatures and their utility goes far beyond just being great pets. Dogs are being used in the military, police force and even as service dogs for people with special needs.

We usually hear stories about dogs being man’s best friend. Does it also hold true for female owners?

Are domestic dogs smart enough to tell the difference between human gender?

Let us take a closer look at this interesting question and how dogs categorize human gender.

You might think that your dog is the laziest canine that ever walked this planet but you could be very wrong.

Our dogs are always taking in a wide array of information that is going on around them much to our ignorance.

Dogs have a great sense of hearing, sight and smell that far supersedes a human’s. They tend to use their senses to tell the difference between male and female owners.

A dog’s sense of smell is between 10,000 to 1000,000 times better than ours. Some dog breeds have a more acute sense of smell like the Bloodhound and Beagle.

A human might be able to tell the difference between a male and a female by the smell of the cologne or perfume.

But such scents do not really work well on dogs and tend to confuse their sense of smell.

This is due to the difference in our body chemistry like hormones and pheromones. In fact, it has been reported that men smell more ‘cheesy’ and women smell ‘oniony’.

We might not be able to pick up such nuances due to our poorer sense of smell but to dogs, the difference in scent is as distinct as night and day. 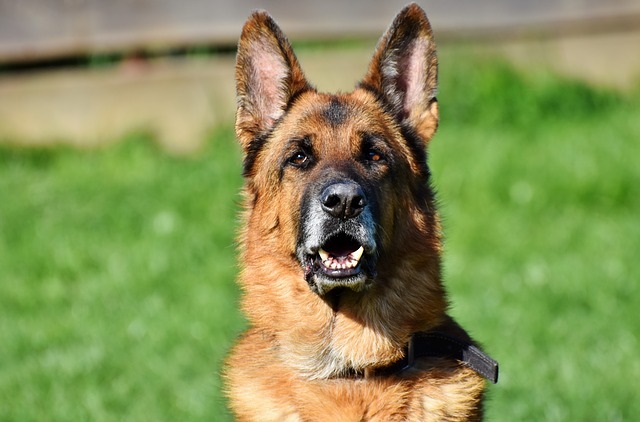 A dog’s sense of hearing might not be as strong as its sense of smell but it is still much sharper than ours.

When it comes to telling the difference between a man’s and woman’s voice, one doesn’t need bionic ears.

A man’s voice is generally lower in frequency, pitch and timber as compared to a woman’s. And a dog’s ear is definitely able to tell the difference.

A study was done to determine if dogs could recognize the difference between a male and a female voice.

The researchers played both male and female voices in the presence of a man and woman in the room. The aim was to determine if the dog would look at the correct sex when the voice was played.

The majority of the dogs were able to match the voice to the correct gender.

The researchers noticed a caveat though.

Domestic dogs that had both male and female owners in the family were far better able to match correctly the first time around.

The dogs behave differently when they only had one male or female as an owner.

The rule of thumb is that if you want your dog to be comfortable with both genders, get them well socialized with both male and female humans.

When it comes to a dog’s senses, the sense of sight is weaker than smell and hearing. Dogs tend to have a 20/75 vision which means that they need to be pretty close to the object of focus to make it out.

Some dog breeds like the labrador have a much better vision that is almost close to 20/20.

Does this mean that dogs can’t visually recognize the different genders?

Many dog owners always gush about how their dogs are great at making eye contact. You can’t help but go “awwwwww” when you get lost in your dog’s puppy dog gaze.

Studies have shown that dogs can visually recognize their owners and depend on sight to pick out their owner’s faces in the crowd.

Dogs don’t have the mental ability to visually differentiate a man from a woman as humans can.

They will still require other sensory clues to determine the gender of the human. 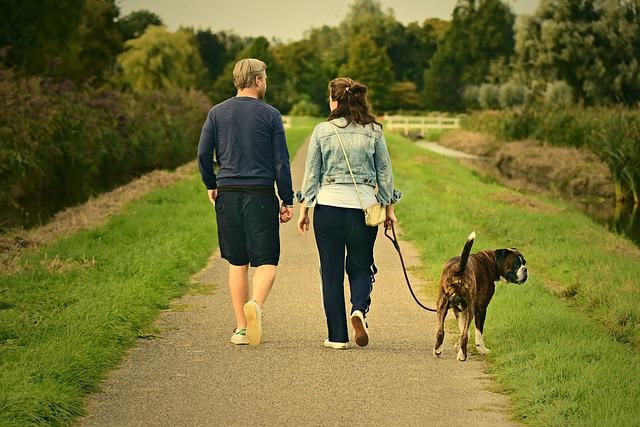 The jury is still out on this one with regards to gender preference.

There are some reports stating that dogs tend to prefer females over males. This doesn’t mean that dogs dislike male humans.

There might be several female characteristics that dogs tend to prefer over males. Females have softer and higher-pitched voices which dogs might find more calming.

Furthermore, females have smaller physiques than men and might appear less intimidating to dogs.

Truth be told, there isn’t any concrete evidence which determines a dog’s human gender preference.

In my experience as a dog owner, dogs tend to bond better with the family member that caters to all their basic needs and spends the most time with them. Another determining factor is also the family member whose energy level matches the dog.

It is normal animal behaviour to gravitate towards the family member that gives it the most attention.

The dog’s past experiences with a certain gender also play an important role. If a rescued dog has had an abusive female or male owner, then it might tend to show more aggression towards this gender due to PTSD.

Other studies have soon that dogs tend to prefer adults over kids.

Children are not as gentle when it comes to handling dogs which usually results in them hugging the dog too tightly, pulling their tails or just being too rough when playing together.

Children are also loud and noisy which can be too much for a dog’s sensitive ears.

How Do Dogs Tell The Gender Of Other Dogs?

All dog owners understand how their own dogs greet other animals or dogs.

Yup, they do it by sniffing each other’s butt.

Probably not something that is recommended as a greeting gesture for humans but when it comes to dogs, it matters a lot.

As mentioned earlier, all dogs have an acute sense of smell which can pick up scents beyond the scope and comprehension of humans.

Why dogs smell each other butts is because there are scent glands at the dog’s anus. The scent gland contains information about the dog with regards to its gender and readiness to mate.

Dogs can decipher the information embedded in the scent due to the Jacobson organ located in the roof of its mouth.

The Jacobson organ will analyze the scent and transmit the information to the dog’s brain.

Cats have the Jacobson organ too which allows them to identify other cats in the same manner.

Do Dogs Think We Are Dogs?

Many dog owners are curious as to whether they are regarded as dogs by their dogs. To understand the relationship between dogs and dog owners further, we need to know more about the social hierarchy of dogs.

Unlike cats that are more solitary in nature, dogs are pack animals. That means there will usually be one alpha dog in the pack that the other dogs will obey.

You, the human, should be regarded as the leader of the pack by your dog and not the other way around. Dogs who don’t regard their owners as the leader tend to have behavioral problems.

Dogs do not have the self-awareness to know that they are called dogs but they can tell a dog apart from other animals.

We humans for sure do not resemble anything close to a dog based on how we smell, sound and act.

Your dog will recognize you as a human due to the many centuries of domestication. Dogs tend to regard us as their providers more so than other dogs.

At the end of the day, whether your dog is capable of differentiating a man from a woman is beside the point. What is more important is that your dog is able to get along with both genders without displaying any signs of fear or aggression.

To prevent your dog from being biased towards one gender, make sure to get your dog comfortable in socializing with both men and women from a young age.

It might not be a big deal for us but to dogs, the biological difference could mean a difference between a friend or foe.