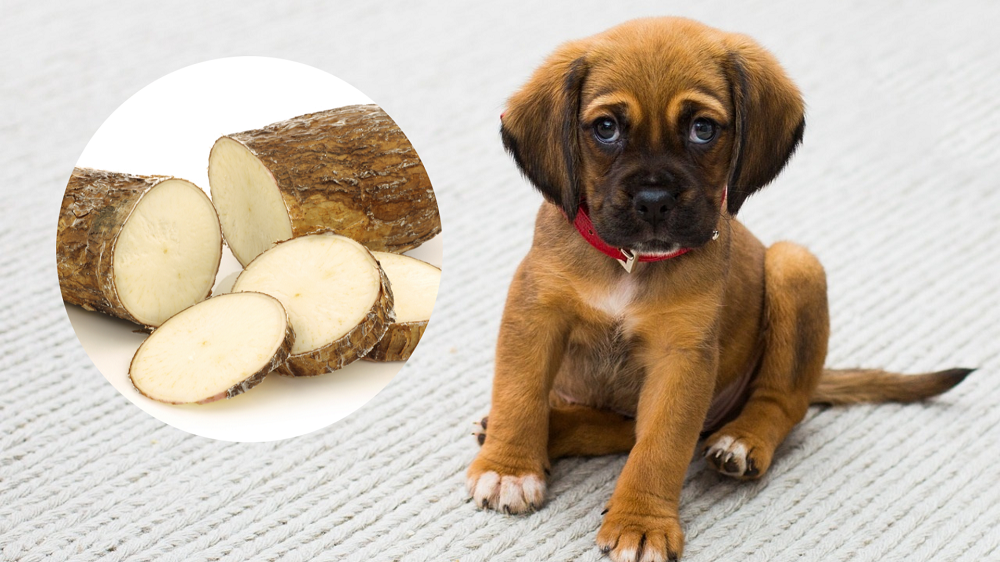 The thing about dogs is that many seem to have a bottomless pit of a stomach. My dog, if given the chance, would eat almost everything that isn’t locked away in the kitchen.

Just the other day, I saw him trying to get his paws on some freshly steamed tapioca that I left to cool on the kitchen counter. He would have devoured half the bowl in a flash if I didn’t get there in time.

I know of dog owners who feed their dogs tapioca on a frequent basis as a source of carbs. But can our dogs eat tapioca without any problems? Feeding your dog tapioca as an occasional treat isn’t much of a problem. However, if your dog is eating large amounts of tapioca or tapioca-related products, that won’t be healthy for your dog.

In this article, we will be taking a closer look at what tapioca really is and do our dogs really need it?

Tapioca is from the cassava root which is a tuber that is found in South America. It belongs to the same family as potatoes, sweet potatoes and yams.

Tapiocas are pretty much full of starch and have very limited nutritional value. In fact, tapioca is so starchy that tapioca starch or flour are often used in deserts and bubble tea due to their chewy gooey textures.

To put it in perspective 100g of tapioca has 130 calories while potatoes and sweet potatoes have 77 and 86 calories respectively.

One redeeming nutritional quality that tapioca has over the other tubers is that it is gluten-free. So it works great for humans and pets that have to avoid grain-based starches and gluten.

Is It Safe For My To Give My Dog Tapioca? 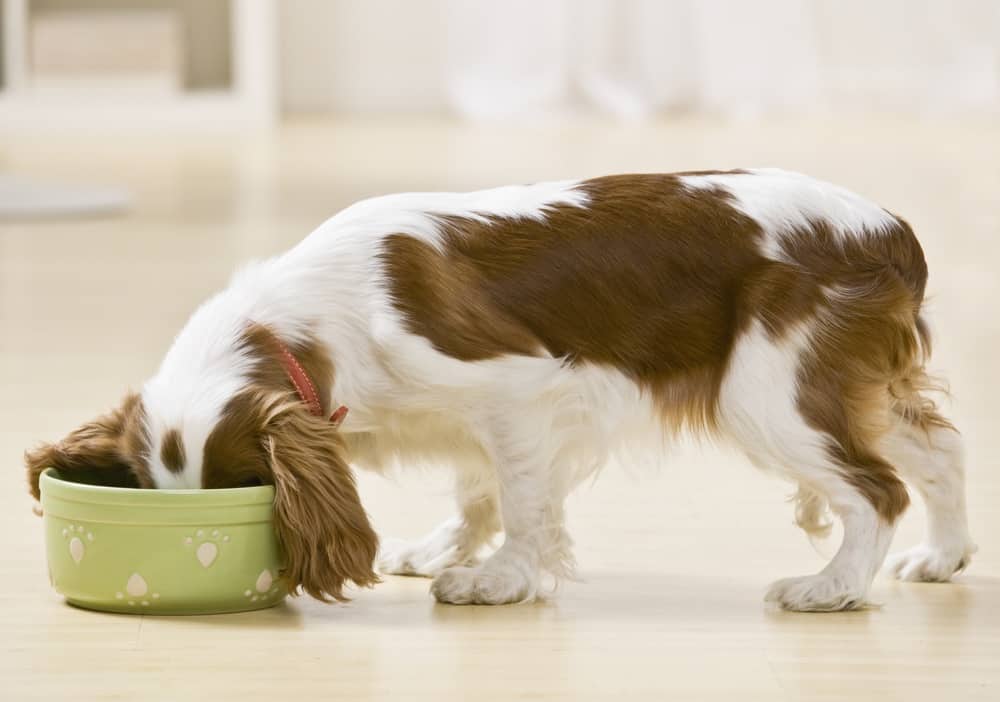 I don’t see any potential health issues if you were to give your dog some tapioca as a little treat every now and then. Truth be told dogs do not require any form of carbohydrates at all.

Our domestic dogs evolved from wolves that are mainly carnivores. A carnivore is basically an animal that needs to eat animal meat to thrive. An obligate carnivore like our cats, needs to have animal protein to survive.

So there is a vast difference in definition which gives dogs more leeway when it comes to having carbs in their diet.

Out in the wild, wolves or stray dogs that are short on food will turn into opportunistic scavengers and basically eat anything they can find to survive.

I have a dog and a cat as pets and my cats get zero carbs in his diet.

There are many articles on the internet that claims dogs need 30-60% of their daily calories in carbohydrates. In my humble opinion, that is just too darn high. Dogs can have close to zero carbs in their diets and still be very healthy.

These claims of such high figures are to justify the selling and feeding of commercial dry dog food and kibbles which aren’t nutritious for our dear doggies.

If you have the slightest care for your dog’s well-being, stop feeding it dry food and start your dog on good quality canned food or a raw food diet.

How To Prepare Tapioca For Dogs?

If your dog has an acquired taste for tapioca, the best way to prepare tapioca is to boil it well before feeding your dog.

Prepare a pot of water to boil the tapioca in. Because tapioca is such a starchy tuber, it is best to use more water when boiling it.

Properly wash any dirt and mud from the tapioca and cut away any rotten parts on the sides. You can then choose to boil the entire tapioca or cut it into smaller pieces before doing so. I tend to remove the skin before boiling the pieces as it quickens the cooking time.

You don’t have to add any salt or sugar to the water to make the tapioca taste better. Your dog doesn’t need it.

Boil the tapioca for a good 10-15 minutes until it is soft.

Once done, removed the cooked pieces and allow them to cool before feeding to your dog. There’s no need to feed your dog the entire serving immediately. Just a couple of pieces once every few days would suffice.

Can I Give My Dog Tapioca Pearls? 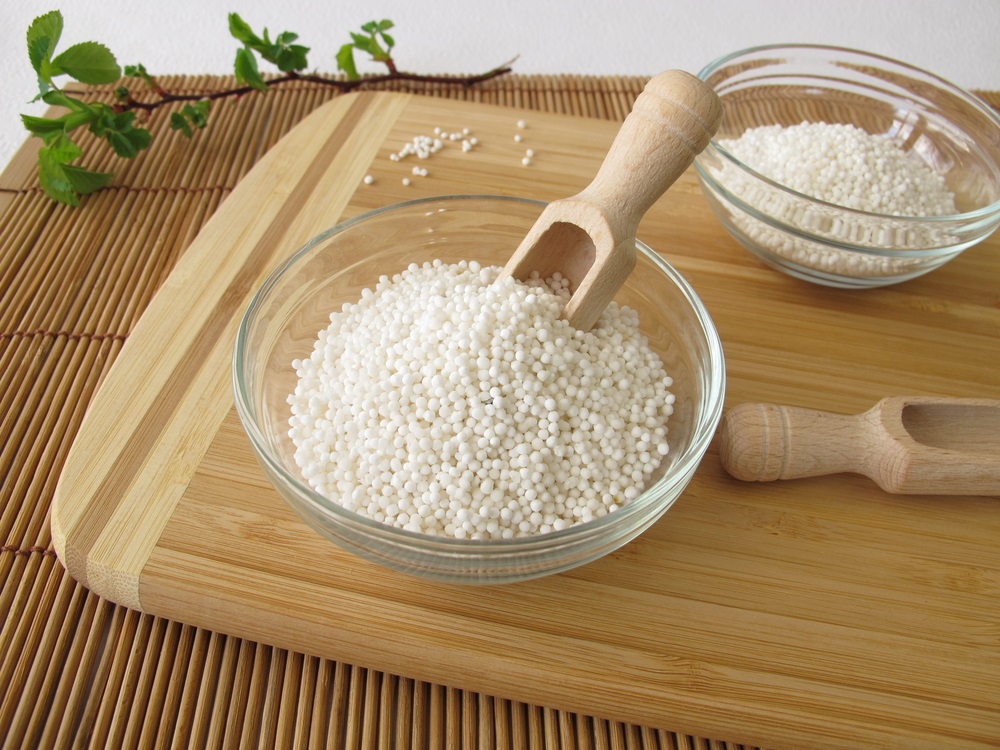 Tapioca pearls are basically tapioca balls that are made from tapioca starch. They can come in various colors and flavorings and are mainly used in desserts.

When eaten in large amounts, they can cause your dog to become constipated. Another danger when eating tapioca pearls is that they can become a choking hazard for small dogs and puppies.

The sticky and gooey texture of the tapioca balls can get stuck in your dog’s throat and obstruct the airway.

Always be careful when feeding tapioca balls to your dog.

Our dogs can eat the weirdest things at times and I won’t be surprised if there have been dogs who have gotten their faces white from eating tapioca flour.

My concern here isn’t so much that the flour is made from tapioca but the nature of flour. The power is so small and fine that it can cause breathing difficulties in your dog when inhaled.

Having a mouthful of flour can also cause your dog to choke when the flour starts to clump up.

It would be best to keep your dog away from tapioca flour. 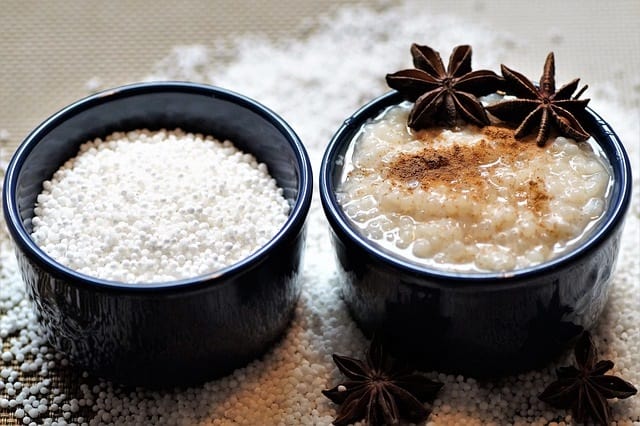 Tapioca pudding is really delicious and it is one of my favorite desserts but I wouldn’t suggest that you give your dog any as a treat.

It is basically made from tapioca pearls that are sweetened with cream or milk to form a pudding.

We already know the dangers of feeding your dog tapioca pearls in large amounts. The presence of other ingredients in tapioca pudding like sugar and milk that aren’t good for your dog.

Sugar isn’t necessary at all in your dog’s diet and too much of it can cause your dog to get fat. A dog that is overweight is at risk of health issues like diabetes, hypertension and heart disease.

Although milk might seem fine for dogs, not many dog owners realize that many of our dogs are actually lactose intolerant. Yes, it is normal for puppies to be drinking their mother’s milk or even a milk formula.

But as the puppies get older, their bodies no longer produce the enzymes that are needed to break down the lactose in dairy products. This can cause stomach upsets, vomiting and explosive diarrhea.

Not something you want happening all over your favorite carpet or sofa. 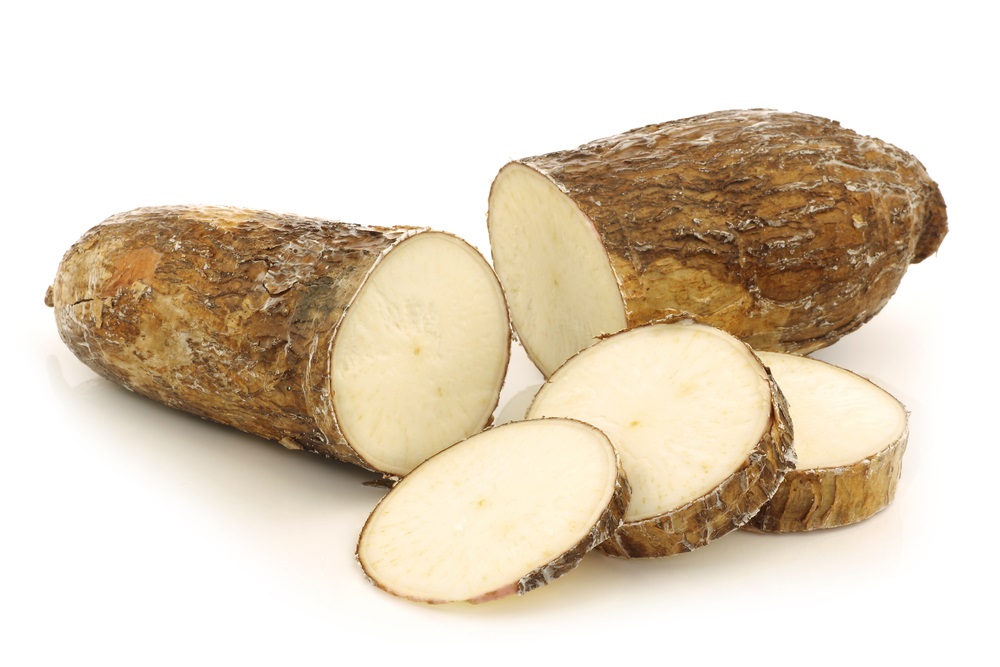 This is when it starts to get dangerous. No human or pet should be eating raw cassava or tapioca.

In its raw state, cassava or tapioca contains cyanide which is toxic. Cyanide poisoning in dogs is very dangerous as it kills off healthy tissue by limiting its oxygen intake.

Symptoms of cyanide poisoning in dogs include:

If your dog has eaten raw tapioca, you need to get it to the vet right away as the symptoms can start to show as quickly as 15 minutes. If left untreated, the dog can die after 45 minutes.

The best way to remove the cyanide from tapioca is to boil it for at least 10-15 minutes to bring down the cyanide to acceptable levels for consumption.

Is Milk Tea OK For Dogs?

I have to admit that I have a weakness for milk tea. It is even better when there are tapioca pearls or boba pearls in my milk tea.

The thing is, milk tea isn’t a healthy source of hydration for dogs. Firstly, tea contains caffeine which is really bad for dogs.

Caffeine is a stimulant that helps to jump-start our bodies in the morning or when we are feeling sleepy. Your dog having a couple of licks of your milk tea would be equivalent to you having 3-5 cups of coffee.

If your dog has consumed too much caffeine, it will start to be really restless and hyperactive. It can also start to be very vocal. Caffeine toxicity can also cause vomiting, diarrhea and convulsions in your dog.

You need to get your dog to the vet if it has ingested too much caffeine. The vet will have to slowly flush out the caffeine from your dog’s system.

Besides caffeine, we now know that milk is bad for dogs as they are lactose intolerant. The last thing that you want happening is having a hyperactive pooch with explosive diarrhea running amok all over your house.

I shudder at that thought.

The good thing about dogs is that their natural dietary habits allow them to indulge in some ‘not so healthy’ snacks occasionally and get away with it. I would say it is like us having half a bag of chips on movie night.

We will survive to diet another day without turning obese overnight.

If you do wish to feed your dog some tapioca treats, always make sure that it is cooked and only feed in small amounts. It should not start to become a main component in your dog’s daily calorie intake.