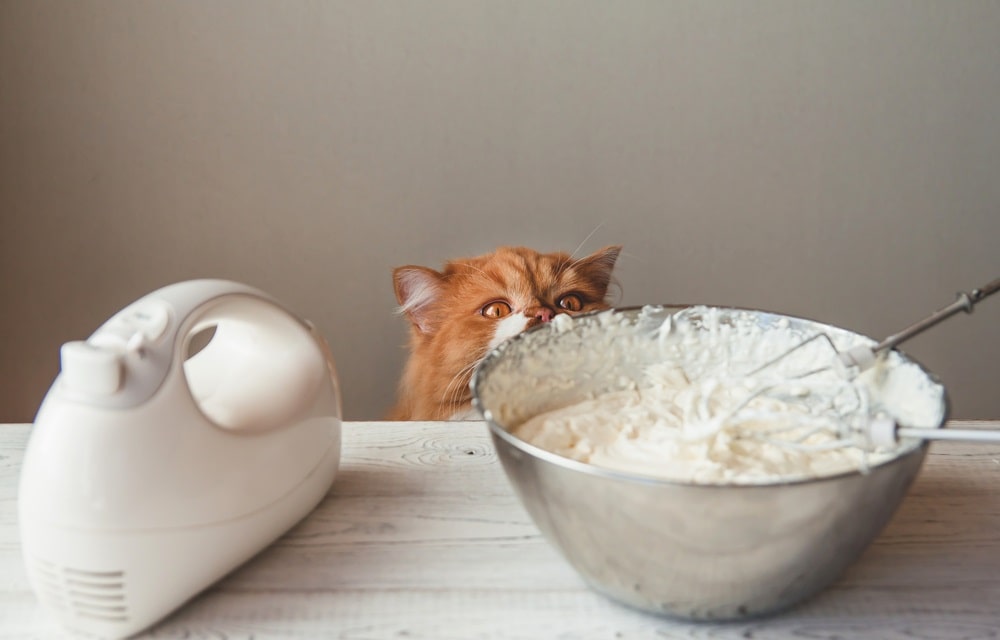 I remember back in those days when I was a kid, my favorite pass time was getting the can of whip cream from my fridge and spraying a huge dollop straight in my mouth.

Probably not the healthiest of snacks but it tasted so good.

These days whip cream is very widely used in many of our food and drinks ranging from coffees to desserts.

This makes it very accessible for our cats too as I see many cat owners feeding whipped cream to their cats as a treat.

But is this safe for cats? Can cats eat whipped cream?

Yes, most cats can eat whip cream without issues. But it is not something that your cat should be eating. Many cats don’t handle milk-based products well and whip cream might also contain ingredients that can be harmful to cats.

There is no certainty when it comes to giving your cat human foods that are not natural to their diet. But whipped cream in general isn’t considered toxic to cats. Hence most cats can have a small amount without any side effects.

However, there are a couple of things about whipped cream and milk-based products that you need to be aware of.

You don’t want to be making your cat sick without realizing it.

What Is Whipped Cream? 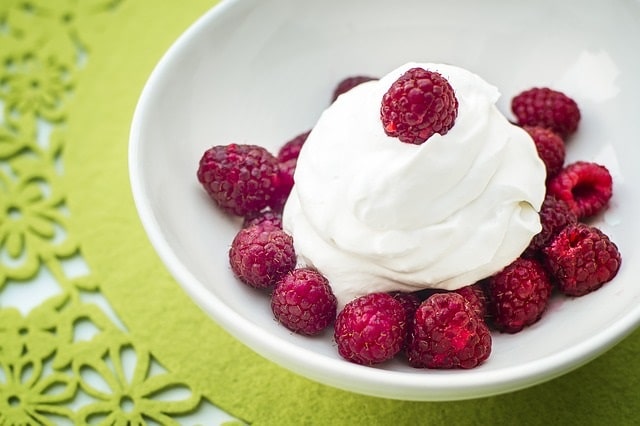 Whipped cream is one of the many dairy products that is made from milk, mostly cow milk. The milk used needs to have a high-fat content of 35%

The milk is first pasteurized to get rid of bacteria and contamination. After this is done, the cream is done separated from the milk through various processes.

This cream is then whipped in a huge mixer until it becomes light, fluffy and has volume. In order for the cream to exit the can when pressed, a gas called nitrous oxide is used as it dissolves well in fat.

Why You Should Not Be Giving Your Cat Whipped Cream

Even though whipped cream is non-toxic to cats, it is still something that you should not let your cats have. Cats can be addicted to whipped cream as they love food that is high in fat.

The last thing you want happening is your cat not wanting to eat its normal diet besides whipped cream.

Let’s go into more detail about why whip cream might not be safe for cats.

Whipped cream is made from milk which makes it a dairy product. If you are someone that is lactose intolerant, you’ll understand first-hand what happens when you consume a milk-based product.

Most cats are lactose intolerant. This means that they lack the necessary enzyme called lactase to break down the sugar (lactose) found in such products. Whipped cream is also widely used in drinks like eggnog during the holiday season. Be careful when letting your cat drink eggnog due to its high dairy content.

When this happens, the lactose sits in your cat’s stomach to ferment which can lead to a lot of nasty symptoms like vomiting, stomach discomfort and diarrhea.

If you have never cleaned up after your cat who is having a bad bout of diarrhea, my sincere advice is to keep it that way.

Even the strongest air freshener couldn’t stop me from gagging when cleaning the litterbox. And this is with a towel wrapped around my face.

Then what about kittens? Do they have lactose intolerance as well?

The interesting thing is, kittens are able to consume and digest milk a lot better than adult cats. Their bodies are able to synthesize the lactase enzyme to help them digest and absorb their mother’s milk.

However, once they start to wean off their mother’s milk and mature into adult cats, the body will stop producing this enzyme as they move on to solid food.

This doesn’t mean that it is ok to feed kittens whipped cream. It has no nutritional value and kittens need a specialized milk formula to develop healthily.

Whipped cream needs to be made from whole milk that has high-fat content. This is also carried over to the final product and sold to consumers.

Cats in general need a fair amount of animal fat in their diet, between 20-24%. The remainder of the macro distribution should come from protein.

Cats who are on a raw meat diet can hit this ratio rather easily due to the fat in the meat and there is no fillers or grain in dry cat food.

Take for example a feral who catches a mouse for its meal. A mouse contains 60% protein and almost 24% in fat, making it a complete meal for the cat.

Where do you think the cartoon Tom & Jerry got its inspiration from?

Assuming that your cat is already on a good diet but you are still giving it large amounts of whipped cream on a regular basis. This will throw your cat’s diet nutritional distribution out of wack.

Cats that consume too much fat in their diet can suffer from obesity, cancer, diabetes and digestive issues.

For dog owners, be careful when feeding your dog food high in fat as it’s bad for them. Things like ice cream should only be given as a treat.

Oh and please don’t feed your cat ice cream for dogs as it can toxic for cats.

Not only does whipped cream taste creamy from the high-fat content, but it is also sweet. Sugar is added in the manufacturing process to sweeten it up.

Unlike fat which is needed in your cat’s diet, sugar is something that cats do not require. Sugar is a plant-based carbohydrate that cats cannot digest. Just the other day, I was rather shocked to know that my friend’s cat was a big fan of eating mochi. I told hi how much sugar mochi has and it can also pose as a choking hazard for cats.

This is due to the fact that cats are obligate carnivores which makes them pure meat-eaters. The best diet you can give your cat is one that is the most natural for them, raw food diet. That is what cats have been eating for as long as they have been around on this planet.

Cats have also evolved to no longer require carbohydrates in their diet which makes them incapable of tasting sweetness.

By giving your cat something that is not needed in their diet, it can cause a lot of health problems. And with too much sugar for cats, it can lead to feline obesity and diabetes which is very bad for cats.

Whip cream that contains artificial sweeteners should be avoided at all costs for cats. Keep your toothpaste away from your cat as well as it contains Xylitol.

Carrageenan is an ingredient that isn’t widely heard of but is very commonly used in many of the foods that we consume as humans and pets.

Carrageenan is a type of fiber that is found in seaweeds. It can be produced to form a gel-like substance to give food more texture and shape.

The FDA has classified this ingredient as safe and it has been used in the food manufacturing industry for more than 50 years.

One study found that eating too much of this compound can lead to intestinal damage, inflammation and toxicity. However, this study was conducted on rodents and primates hence it wasn’t deemed as substantial for humans.

Even though there is no hard evidence on the long term effects of carrageenan on pets like cats and dogs, pet owners should still exercise caution when feeding whipped cream containing this ingredient. 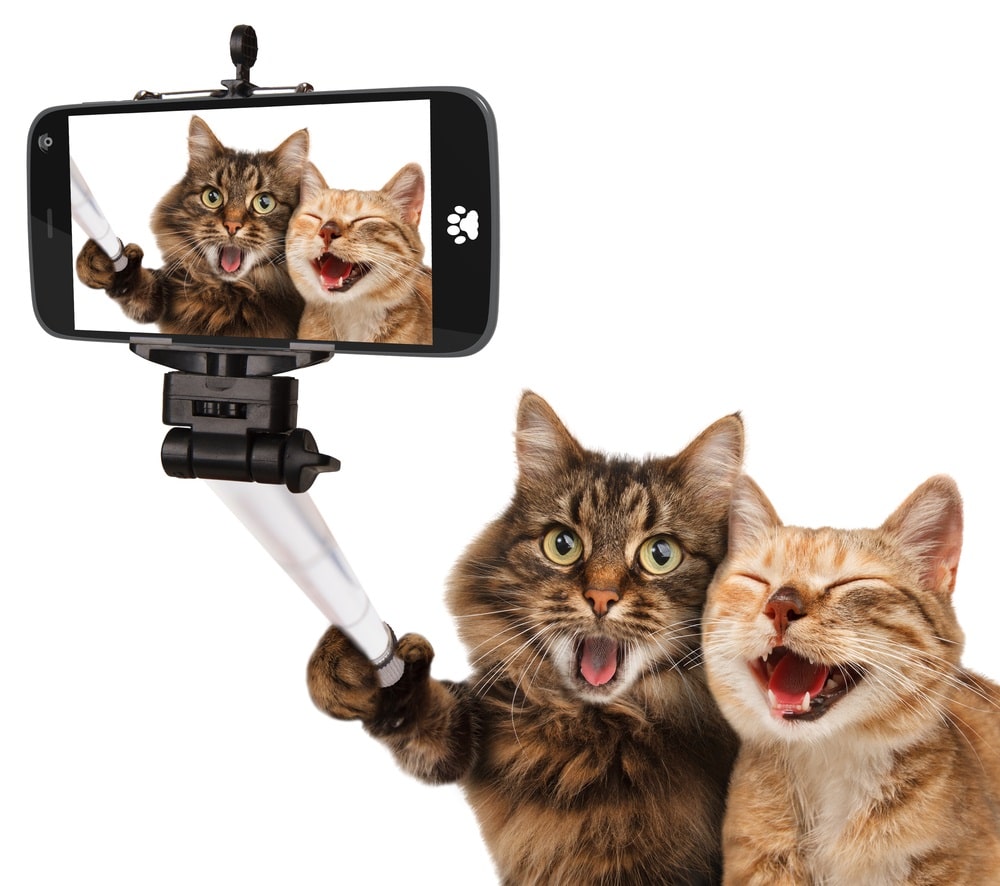 As mentioned earlier, nitrous oxide is used in making whipped cream which acts as a propellant for pushing out the cream from the can.

Nitrous oxide is also known as laughing gas and for good reason. When inhaled, it causes a short-lived euphoria that can also be accompanied by dizziness, uncontrollable laughter and lack of coordination.

Even though overdosing on nitrous oxide is very rare, we still do not understand what type of effects it can have on cats who have a much more sensitive nervous system than humans.

An overdose of nitrous oxide in the body can lead to a vitamin B12 deficiency. This is very severe for cats as they can’t synthesize vitamin B and require it from their food source.

Although we are fans of a raw meat diet for cats, never feed your cats raw fish as it contains an enzyme called thiaminase that prevents the absorption of vitamin B in cats.

The lack of this vitamin can lead to neurological disorders in cats.

Can Cats Have Non-Dairy Whipped Cream?

But to do so, the manufacturers have to find a substitute for cow milk. In most cases, they will use plant-based matter like soy milk, almond milk and coconut milk.

We are now aware that cats don’t take too well to plant matter and it is better not to feed them something that can lead to an upset stomach.

Furthermore, soy contains a compound called phytates that can interfere with the absorption of minerals and protein in cats.

Can Cats Have Puppuccinos From Starbucks?

The Puppuccinos have been growing in popularity recently. It is a secret item from Starbucks as it is not on the menu.

All you have to do is to pull up at Starbucks, order your coffee and a Puppuccinos.

What is actually is…(drum roll)

It is a small cup of Starbucks whipped cream for dogs!

Got to love the idea.

And to answer the question, no, the Puppuccino isn’t meant for cats otherwise Starbucks would have one drink called ‘Cattoccino’.

It is still normal whipped cream which isn’t good for cats. I’m sure Starbucks did their research before launching it only for dogs and for good reason.

Dogs can have more leeway when it comes to human food due to their ability to digest carbs.

Be Careful Of Flavored Whipped Cream

These days there is a growing demand for flavored whipped cream to spice it up. Flavors like chocolate, citrus, cinnamon and peppermint are not safe for cats at all.

Some whip creams have alcohol infused in them or even vanilla flavor which may contain vanilla extract that contains alcohol.

Cats can’t tolerate any amount of alcohol at all and get suffer from alcohol poisoning if they do ingest it. 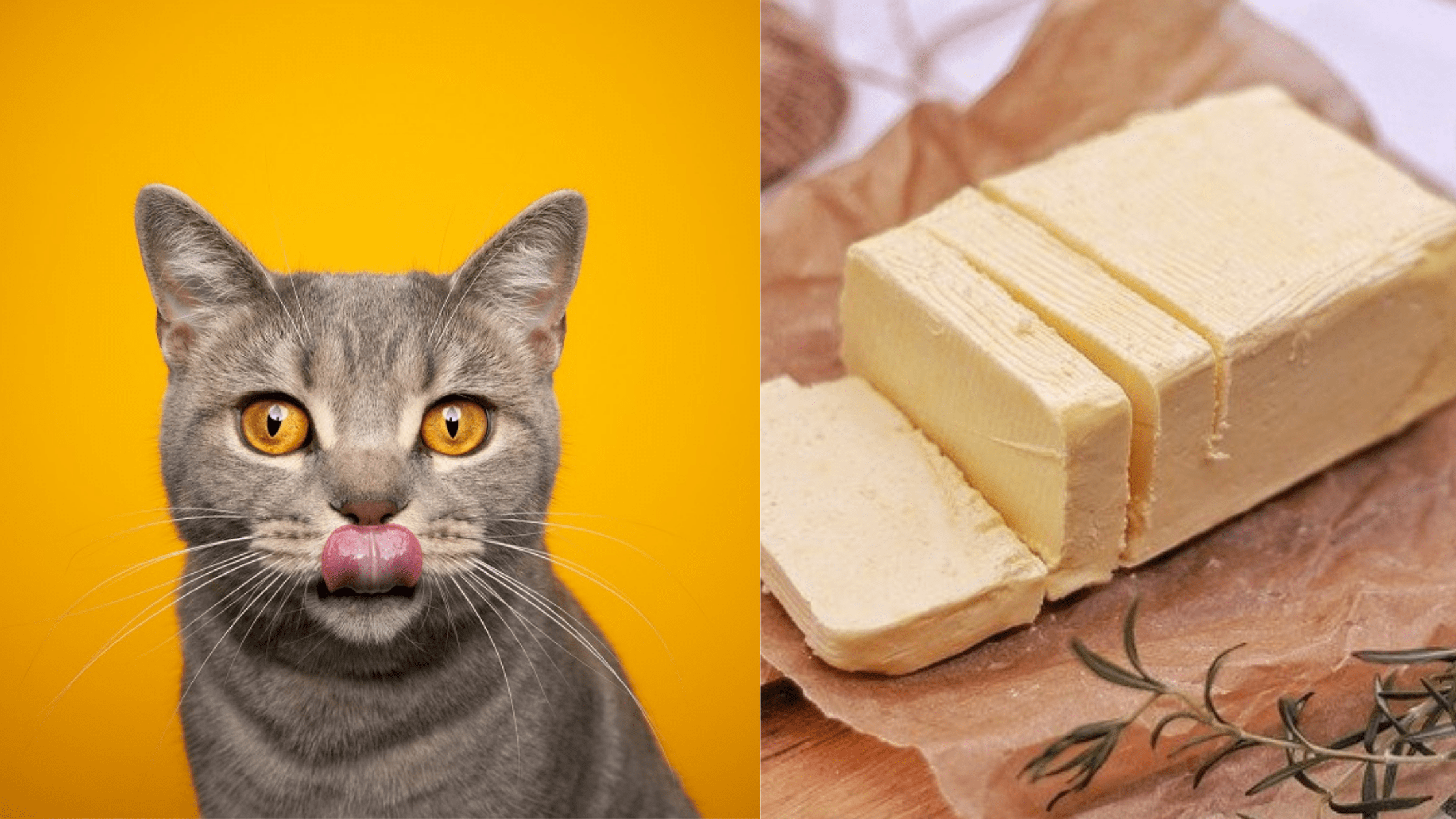 This is another common question that I get from my readers. Butter isn’t toxic to cats but you need to be mindful of how much your cat is eating. In a way, butter is ‘healthier’ than whipped cream as it is more natural a dairy product without all the added ingredients.

But butter is still high in fat and it contains sodium. All of which can cause adverse effects in your cat.

As the name suggests, cream cheese is made from cheese. But it is made in a form whereby it is softer and creamier and can be used as a spread or a dip.

Cream cheese is made by adding lactic acid to milk and cream to make it curdle. The curds are then heated to form cream cheese.

The fact that it still contains cream and milk makes it not the most suitable treat for cats as it is high in fat content and contains lactose.

I get it, our dear cats must be super bored eating the same thing day in and day out. But that is how cats have been over time. They don’t wake up one day thinking what should they have for breakfast.

It is us humans who tend to impose our cravings and food desires on our pets.

That being said, it is fine to give your cat some whip cream or a dairy product every now and then as a treat. Just make sure it is a very small serving and contains no toxic ingredients.