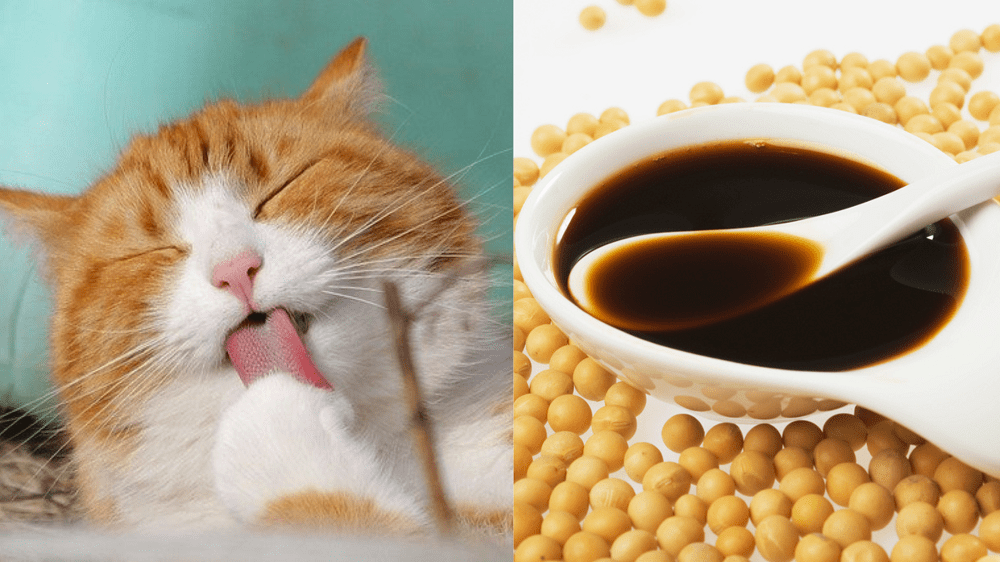 If you enjoy cooking, you’ll understand how common an ingredient soy sauce is. It is widely used in Asian cuisine as a marinate and dip. I even use soy sauce when cooking Western or European dishes as it gives a deep umami flavor.

If you have a cat with an adventurous palate, it might try to take a couple of licks of soy sauce if the opportunity arises. But can our cat eat soy sauce?

Our cats should not be eating soy sauce due to the very high sodium content in soy sauce. A few licks won’t cause much of a problem for your pet. But too much sodium in your cat’s diet is toxic to cats and can lead to salt poisoning.

Let us take a closer at what soy sauce is and more importantly, what can happen when your cat eats soy sauce in large quantities.

What Is Soy Sauce?

Soy sauce doesn’t need much of an introduction given how widely used in many cuisines. It is considered a liquid condiment of Chinese origin and dates back to more than 2000 years ago.

How Is Soy Sauce Made?

As the name suggests, the main ingredient in soy sauce is soybeans. The other ingredients are wheat, salt (a lot of it) and a fermenting agent.

The first step is to steam the soybeans after soaking them in water for a couple of hours. The wheat is then roasted, ground into a fine powder and then mixed in together with the steamed soybeans.

The next step is to ferment this mixture in a brine solution. The fermentation process can last anywhere from a month to four years.

There are different grades of soy sauce in the market.

The most expensive bottle is said to cost around $150. It is good enough to be used as a salad dressing like balsamic vinegar. Make sure to use it sparingly.

You definitely do not want your cat consuming soy sauce at all. I would think most cats won’t be too fond of the smell and taste.

But I’ve seen cats eating the weirdest things on youtube so you’ll never know if your cat has some unknown fetish for soy sauce.

The main reason consuming soy sauce is bad for your cat’s health is due to the high sodium content per serving.

Even when I’m using soy sauce in my cooking, I’m always mindful of how much I’m adding as things can get salty very quickly.

How Much Salt Can Cats Have? 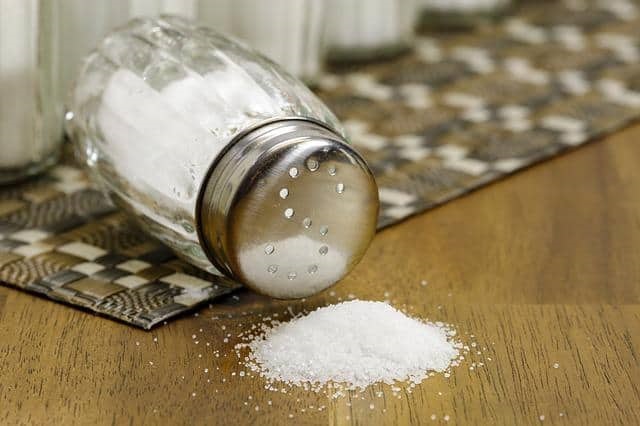 Most living creatures do need some amount of salt in our system for proper bodily functions. Sodium is important for nerve and muscle function. It also helps to regulate our blood pressure.

Based on what I’ve read, there isn’t really a fixed recommended daily amount of sodium that your cat should be having. Most cats will be fine with about 21mg of sodium a day in their diet.

If your cat is on a commercial diet, there is more than enough sodium in your cat’s food to satisfy its daily sodium intake. But the number to not cross is 41mg of sodium a day as this is when salt poisoning can happen.

To lay out the numbers for you, one teaspoon of soy sauce contains about 291mg of sodium. that is close to fourteen times more than the recommended daily sodium for an average cat.

And when you think about it, it isn’t that hard for a cat to consume soy sauce in such a small amount. If you are feeding your cat human food high in sodium like salt and vinegar chips, you are pushing your cat’s sodium intake over the edge.

When your cat eats soy sauce in large quantities, the risk of salt poisoning or hypernatremia is very possible. Please do not let your cat consume fish sauce as well which has a very high salt component like soy sauce.

This happens when the electrolyte balance in your cat’s body is thrown out of wack from the excessive consumption of sodium.

Here are some symptoms that your cat can exhibit when suffering from salt poisoning:

These symptoms are also very similar to many other health issues that your cat can suffer from. So if you aren’t too sure about the exact cause, it’s best to have your cat tested at the vet.

How Is Salt Poisoning Treated In Cats?

The best and fastest way to test for salt poisoning in cats is via a blood test. Once that is confirmed, the vet will put your cat on an IV drip to restore its sodium-water balance.

If there are other side effects from this, the vet might give your cat some antibiotics to take.

As long as you seek veterinary advice quickly for your cat, treatment is effective and your cat will be safe.

Don’t wait to seek treatment for your cat as salt poisoning can cause brain damage, kidney damage and in severe cases, even be fatal to cats.

Is Soy Poisonous To Cats? 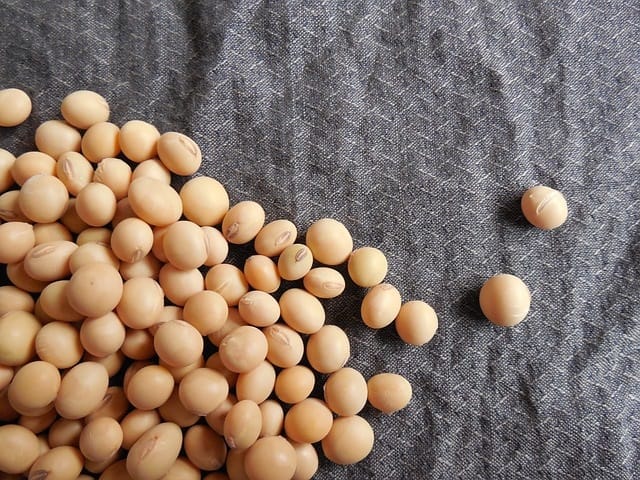 There has been a lot of controversy regarding the use of soy in the making of pet food. If you look at the ingredient labels for both dry and wet cat food, soy is usually listed as one of the ingredients.

But soy also contains a compound called phytates which is known to decrease the absorption of minerals. It also hinders the digestion of protein which is super important in cats.

Under such conditions, the cat can suffer from liver failure which usually results in death.

Soy consumption can also cause hyperthyroidism in cats.

Cats suffering from hyperthyroidism can experience unexplained weight loss, excessive meowing and eliminating outside of the litter box.

There are some cats that can have a food allergy to soy. In fact, soy allergy is very common in cats which makes feeding your cat commercial cat food a whole lot harder.

It can be hard to find many brands of cat food that do not contain soy in them. If you are truly concerned about this, the best and more natural diet that you can feed your cat is a raw meat diet.

You can learn more about this specific type of diet here.

The laundry list of things that can be toxic or poisonous to cats is too long to list. As cat owners, we need to use our common sense when it comes to what our cats can and cannot eat.

Here are some items that can be easily found at home which your cat should not be eating.

Keep such items away from your cat and do not leave them lying around the house. Your cat doesn’t have to just eat garlic for it to suffer from side effects.

As long as the food item contains traces of the ingredients, your cat will be at risk of being poisoned.

What Sauce Can Cats Eat?

Truth be told, your cat doesn’t need any sauce in its food to whip up its appetite. Your cat’s feline ancestor didn’t have any access to sauces to drizzle over the catch of the day. It just ate its prey straight up like any good cat would.

Your cat should not eat food with sauces on it.

If you do wish to take your cat’s food up a notch, you can make a homemade bone or tuna broth. Let the broth cool down and add some to your cat’s food.

Such broths are a lot healthier and cats love them.

What Human Food Can Cat Eat?

The only reason that cats enjoy eating human food is that we feed it to them. I understand that for some stray and feral cats, human food might be the only food source that they have.

But for our cats at home, feeding them human food should not be a habit. There are many food items that do contain ingredients that are harmful to cats.

Just one slip-up is all that it takes to give your cat health problems.

If you do wish to give your cat treats, boiled plain meat can work well for cats.