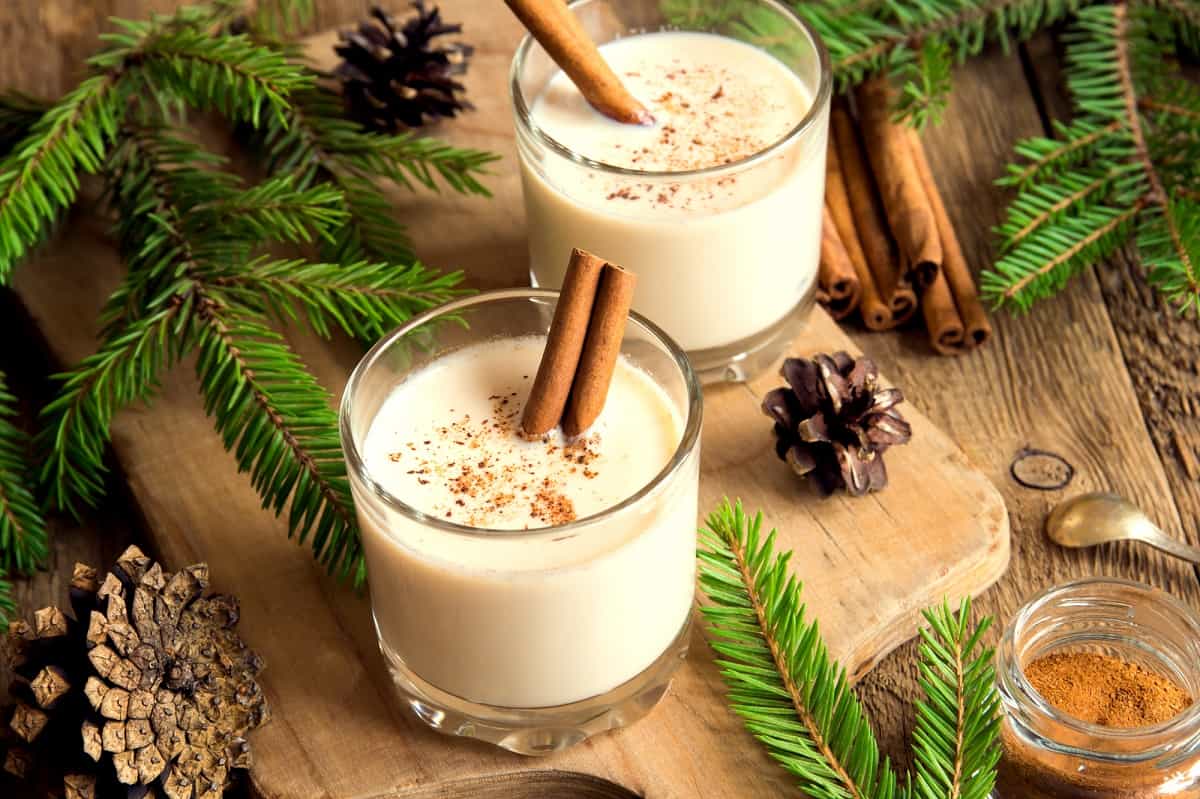 This might sound embarrassing but I had no idea what eggnog was for the longest time. Something in my brain made me think that it was some sort of custard instead of a drink. Eggnog wasn’t something that was drunk at home until some friends brought it over.

I am glad to say that it is now one of my favorite drinks during the festive season and it’s served in a huge punchbowl during Christmas. All my guests love my eggnog recipe and are happy to have a glass including my cat.

Yes, my cat loves eggnog and will risk tail and whiskers just to shove his face into the punch bowl. I have to alert my guests of his actions and get them to help me chase him away.

Cats should not be given any eggnog due to its high sugar and dairy content. Cats are lactose intolerant and milk or cream can make them vomit or give them diarrhea. There are some versions of eggnog that contain alcohol and spices which are highly toxic to cats.

Eggnog is basically a milk punch or liquid ice cream that is made out of eggs, milk, cream and spices. Some might even enjoy putting alcohol like rum, whiskey or liqueur into their eggnog to give it some ‘kick’.

Many might think that eggnog originated in America but not quite true. It is an old English drink called Posset and it was only drunk by the wealthy. This was because ingredients like milk, spices and alcohol were expensive which only the rich could afford.

When colonists brought the drink over to America, it became the drink for the common man as the ingredients were more readily available to the masses.

Eggnog is a festive drink that is more commonly drunk during the holiday season starting from Thanksgiving all the way to the New Year. 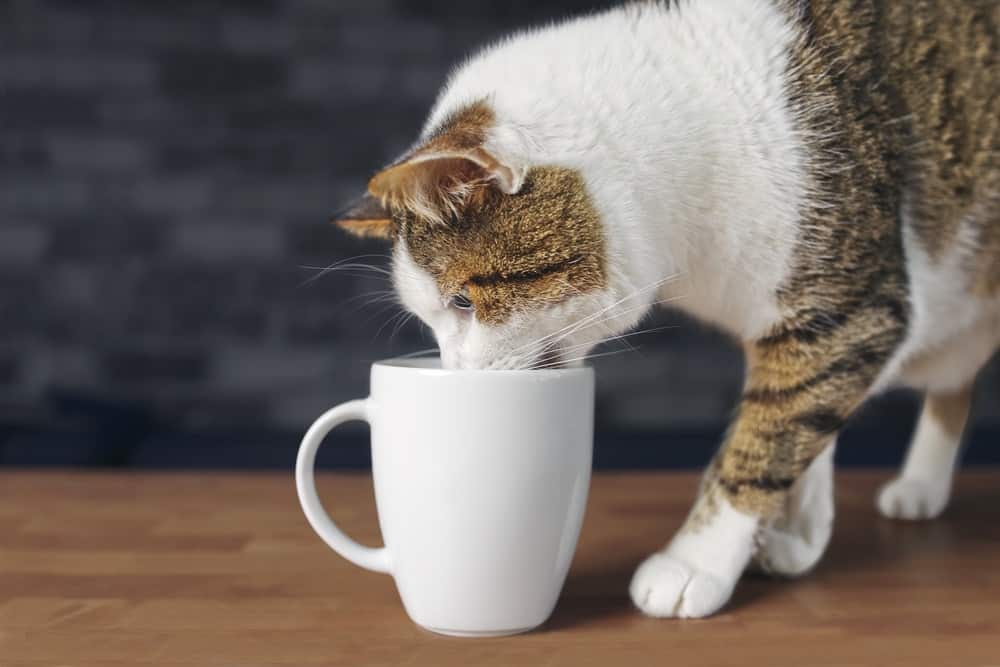 Eggnog is something that I wouldn’t feed or let my cat drink for a number of reasons. I wouldn’t classify it as outright toxic to cats but there are ingredients that can cause problems for your cat.

First of all, let’s take a look at the nutritional value of 100g of eggnog:

Not the worst of nutritional values but let us take a look at the ingredients first.

Eggnog Contains A Lot Of Dairy

Milk and cream form part of the main ingredients of eggnog which gives it its thick, creamy and luxurious texture.

It is very easy to down a few glasses of egg nog without even realizing it because it tastes just like ice cream.

One thing that cats should not be having is dairy products. Anything that is made from animal milk is bad for most cats as they are lactose intolerant.

Lactose intolerance is a condition when the cat doesn’t have the required enzyme to digest the sugar in dairy products called lactase. Dairy products can be classified as milk, cream, cheese, yogurt, etc.

The only time cats can handle milk well is when they are kittens. As they mature into adult cats, their bodies can no longer digest dairy products well.

Drinking eggnog can cause the following symptoms in a lactose-intolerant cat:

This isn’t something that cat owners want to deal with as your cat’s explosive diarrhea will put a real dampener on your holiday season.

Eggnog Is Sweet And Fatty 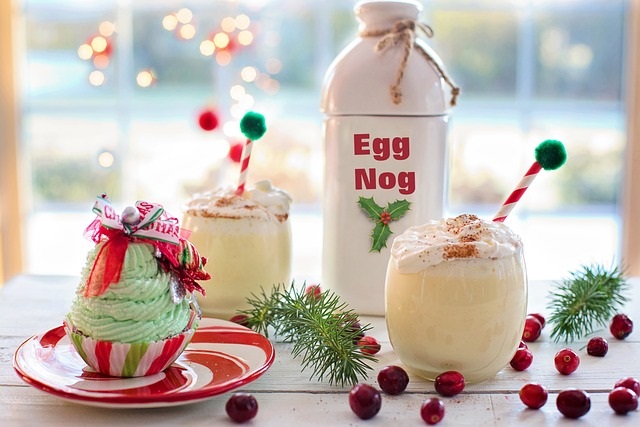 If you have yet to drink eggnog before, the first thing that you’ll notice is just how sweet it is. For those of us that make our eggnog at home, we can vary the amount of sugar used. But the store-bought ones can be toe-curling sweet at times.

Sugar is something that your cat doesn’t need at all. You won’t find a single cat in the wild that has a sugar craving because cats can’t even taste sugar in the first place.

There are too many overweight pets in the world due to them having an unhealthy diet or overfeeding.

Feeding your cat too much sugar and fat can lead to health issues such as:

It’s not a problem if your cat consumes a safe sweet treat every now and then. What you do not want to happen is for sugar to become a mainstay in your cat’s diet.

Some of my friends prefer to add some alcohol to their eggnog to make it taste less sweet. Of course, many add alcohol just for the sake of adding alcohol too.

Although safe for human consumption, alcohol is very bad and toxic for cats and dogs. It can just take one teaspoon of an alcoholic drink for your cat to suffer from alcohol poisoning.

When a cat accidentally ingests alcohol, its liver and kidneys will be working hard to get rid of it from its body. But when the amount of alcohol consumed is too much, these organs can become overworked and start to fail.

Symptoms of alcohol poisoning in cats include:

If you catch your cat drinking eggnog will alcohol in it, take it to the vet immediately for treatment. There’s no telling how your cat’s body will react to the alcohol so it is better to be safe than sorry. 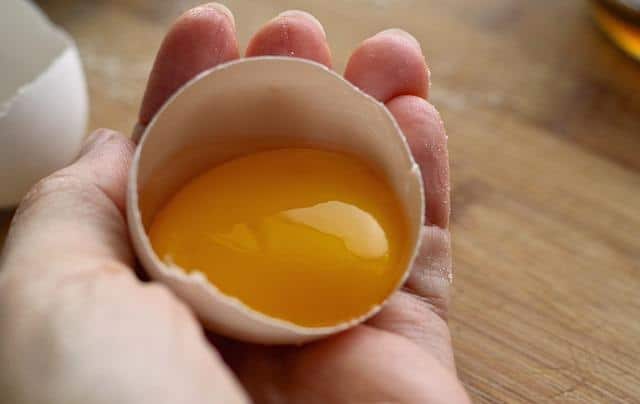 You definitely do not want to be drinking eggnog that has raw eggs in it. The same goes for your cat. Raw eggs can contain a foodborne disease called Salmonellosis which is caused by the bacteria Salmonella.

Symptoms of salmonellosis include vomiting, diarrhea, weakness and fever.

When using raw eggs in your eggnog, you will need to pasteurize the mixture to kill off any harmful pathogens. This means slowly heating it up to 140F or 60 deg celcius for 4 minutes.

Furthermore, raw egg white contains an enzyme that hinders the absorption of biotin in cats. Heating up the egg will destroy the enzyme and make it safe for consumption.

Eggs can be a healthy occasional treat for your cat but always make sure to cook them thoroughly.

Can Cats Have Nutmeg And Cinnamon?

It is common practice to flavor eggnog with spices like nutmeg and cinnamon. However, nutmeg is toxic to cats as it contains a chemical compound that can cause fever, elevated heart rate, problem walking and seizures.

The same amount that is used in making eggnog shouldn’t really pose a problem for most cats. But it can cause severe side effects if your cat is sensitive to nutmeg.

Cinnamon is relatively safe for our cats in small quantities. The cinnamon used in eggnog can cause some stomach upset in your cat.

Can Cats Have Non-Alcoholic Eggnog?

I wouldn’t be too concerned if you happened to catch your cat lapping some eggnog from a cup. As long as there isn’t any alcohol in it and your cat didn’t finish the entire cup, it should be fine.

It is best to still observe your cat for the next 48 hours as most adverse reactions, if any, would have set in by then.

If you want to make eggnog safe for your cat, make one with lactose-free milk and without any spices and sugar in it.

I doubt it will be the best-tasting eggnog in the neighborhood but at least you can sip it with peace of mind while watching your cat lap some from a saucer.