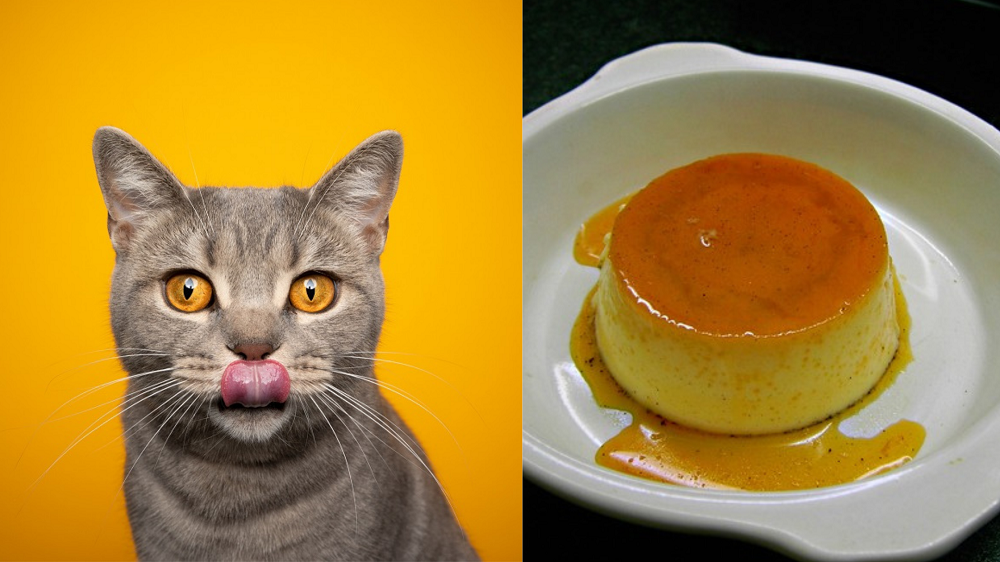 Many will agree that vanilla pudding is such a comforting dessert to have. There are 101 ways to enhance it or you can just have it on its own with some dried fruits or melted chocolate.

The thing about having something sweet with cats in the house is that it seems to attract them like bees honey.

What if your little feline friend wants a little bite and lick of your vanilla pudding?

Can cats eat vanilla pudding without any issues?

Before we get more into vanilla pudding, let’s discuss how cats can react with then smell vanilla. Not many people realize that vanilla is actually a fruit and not a bean. It is derived from the orchids of the genus vanilla.

If it is just your plain and standard vanilla pudding without any other added toppings and special ingredients, then your cat will be fine if it snuck in a bite or two. However, it is not recommended for cat owners to feed their cats vanilla pudding it is a sweet treat that contains a high amount of sugar, fat and dairy.

Cats do not digest such food types will and can lead to other health issues.

Let us take a deeper look into the main ingredients that does into making vanilla pudding to ascertain if it is safe for cats. 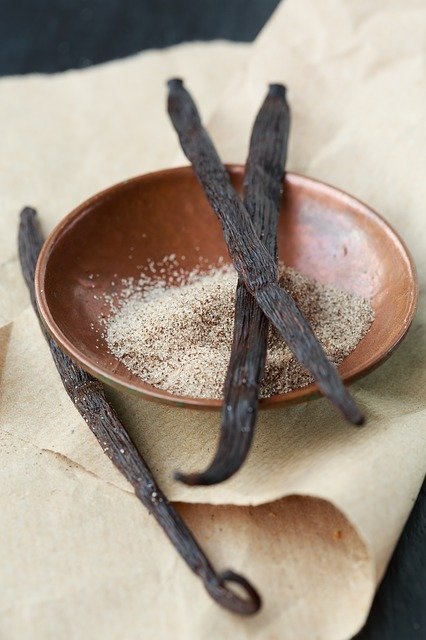 Vanilla isn’t classified as a toxic ingredient for cats so if cats eat vanilla pudding, they will be fine. When it comes to vanilla extract, it can be different.

Vanilla extract is essentially vanilla pods soaked in ethanol and water to extract the vanilla flavor. Vanilla extract is widely used when making baked goods. Ethanol, which is alcohol, is toxic to cats and should be avoided.

If your cat has a habit of eating your home-baked goodies, try using a vanilla extract that is alcohol-free just to be on the safe side.

There is quite a lot of milk that goes into the making of vanilla pudding. As harmless as it seems, milk doesn’t sit well with most cats.

But before you say kittens drink milk…

Yes, they do. In fact, kittens spend a large portion of their growing years (12-14 weeks) feeding off their mother’s milk. What makes it possible is that kittens have an enzyme in their digestive system that helps them digest milk.

As they get older and start on their natural diet of protein from meat. The body will no longer feel the need to produce that enzyme.

This is why many adult cats are lactose intolerant as they lack the enzyme to break down lactose which is the sugar found in milk.

Maybe you have a cat that is lactose tolerant, which is possible. Milk is high in fat and sugar which isn’t ideal for cats.

Too much fat and sugar in a cat’s diet can cause obesity, diabetes, digestive issues, vomiting and diarrhea. 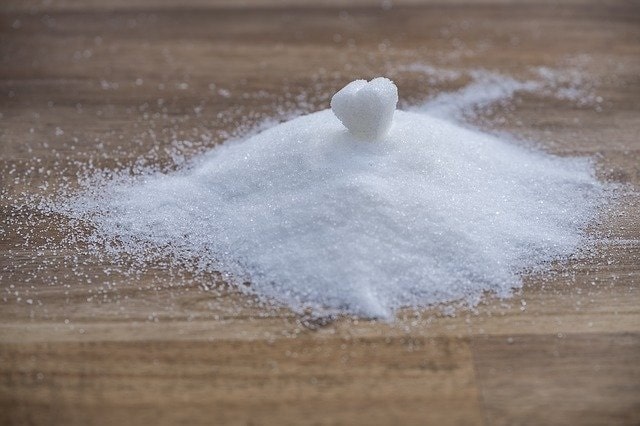 Sugar isn’t toxic to cats but too much sugar can be problematic for cats.

Cats can’t taste sweetness. Cats lack the proper taste receptors to tell their brain when they eat something sweet. Your cat is able to eat an entire donut without realising it can be bad for them.

This is because cats are obligate carnivores and need to eat protein from meat to survive. Therefore, there is no need for them to taste sugar when their diet does not require carbohydrates.

There’s also quite a lot of sugar in vanilla pudding hence a couple of bites for a cat can amount to a high intake of carbs.

One thing to note is that if the vanilla pudding is sugar-free, it does not mean it is safer for cats. There’s a high chance that there is an artificial sweetener in the pudding and it is deadly for cats when eaten.

A compound called Xylitol is frequently found in artificial sweeteners. When consumed by a cat, it can cause a drastic drop in your cat’s blood sugar levels. This can lead to seizures, coma and eventually death.

If your cat eats vanilla pudding that contains artificial sweeteners, get it to the vet right away.

Keep your pets away from toothpaste as it contains Xylitol as well. You’ll never know when your dog or cat gets too curious for its own good and eats some of it.

Egg yolks and cornstarch are usually used as thickeners for vanilla pudding. Cornstarch by itself isn’t toxic to cats. Just like milk, cats don’t have the enzymes in their body to break it down. Hence a large intake of cornstarch can cause diaherra, vomiting and an upset stomach in your cat.

Even though cats are more than capable of eating raw food, raw eggs are a big no-no for them. Raw eggs can contain e.coli and salmonella which can cause serious stomach issues for your cat.

In this case, the raw egg yolks are cooked which means the harmful bacteria have been killed. 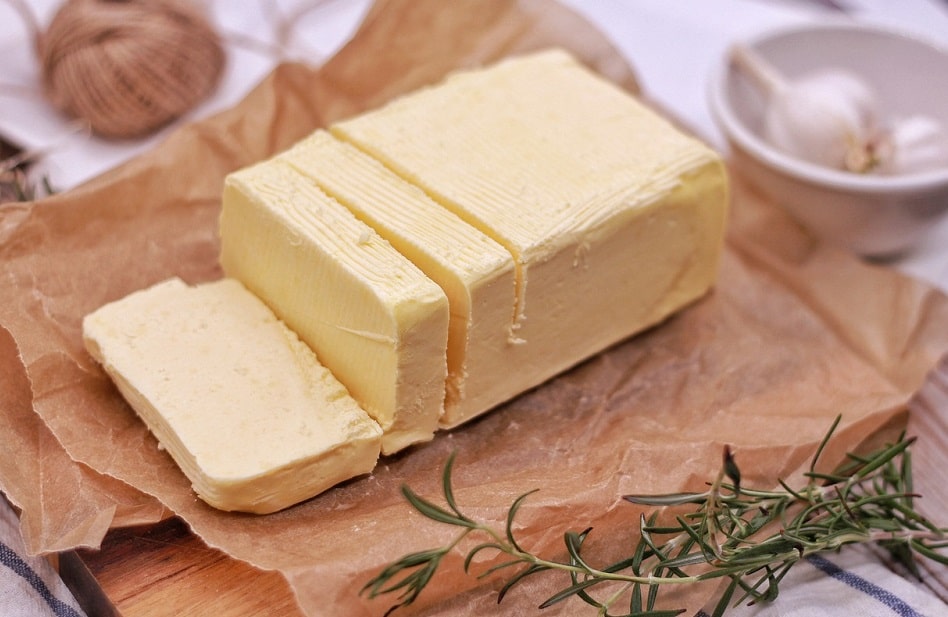 If there is one thing that can make my cat turn into an addictive maniac is butter. You will find many cats drawn to butter due to its high-fat content.

This is one reason why many find your cat trying to eat your donut or cake. It isn’t because they like the sweetness but more for the buttery smell and fat.

That being said, butter is safe for cats in small amounts but like all dairy products, it can give your cat serious tummy problems if they eat too much of it.

It ain’t no fun cleaning up your cat’s litter tray after a serious bout of diarrhea. Even stuffing tissue paper up my nostrils couldn’t stop me from gagging and wanting to puke.

Ingredients That Are Toxic To Cats

There are some ingredients out there that are really toxic to cats and should be avoided at all costs. If you suspect that your cat has eaten any of the below, even in small amounts, please bring it to the vet immediately.

As you can see, many of the above ingredients are commonly found in homes as snacks or used as ingredients in our foods. So please be more mindful when your cat is around these foods.

When cats eat vanilla pudding, they might be able to taste the vanilla extract in it. Vanilla has a rather complex taste, it is predominantly sweet, with a hint of bitterness and floral. Since cats can’t taste sweetness, most of the taste profile of vanilla will be bitter and floral.

There are some cat owners who think it is fine to give their cats some vanilla yogurt due to the probiotic properties that yogurt has.

Like most safe human food for cats, a little bit of vanilla yogurt won’t harm your cat. But it is still a dairy product and most cats are lactose intolerant and don’t handle lactose well. This can give them an upset stomach.

If you do wish to feed your cat probiotics, use a proper probiotic supplement that is made especially for pets.

Can I Give My Cat Banana Pudding?

Banana isn’t toxic to cats as well but then again, as it is a pudding, the same ingredients apply for cats that eat vanilla pudding. Furthermore, banana is high in fructose and carbohydrates which isn’t healthy for cats.

What Desserts Can Cats Eat?

I doubt there’s ever a need to feed out cats desserts. Cats eat vanilla cake, vanilla ice cream, rice pudding as a treat from their owners at times but it should not become a habit for cats as it has no nutritional value to a cat’s health.

As cat owners, we are wholly responsible for our cat’s welfare and diet. Even though cats can eat vanilla pudding means they should. The same goes for all the other types of human food that cats can technically eat.

Make it a point to feed your cat a good quality and balanced diet. If you wish to reward your cats with treats, there are many healthy cat treat recipes on the internet that you can test out.