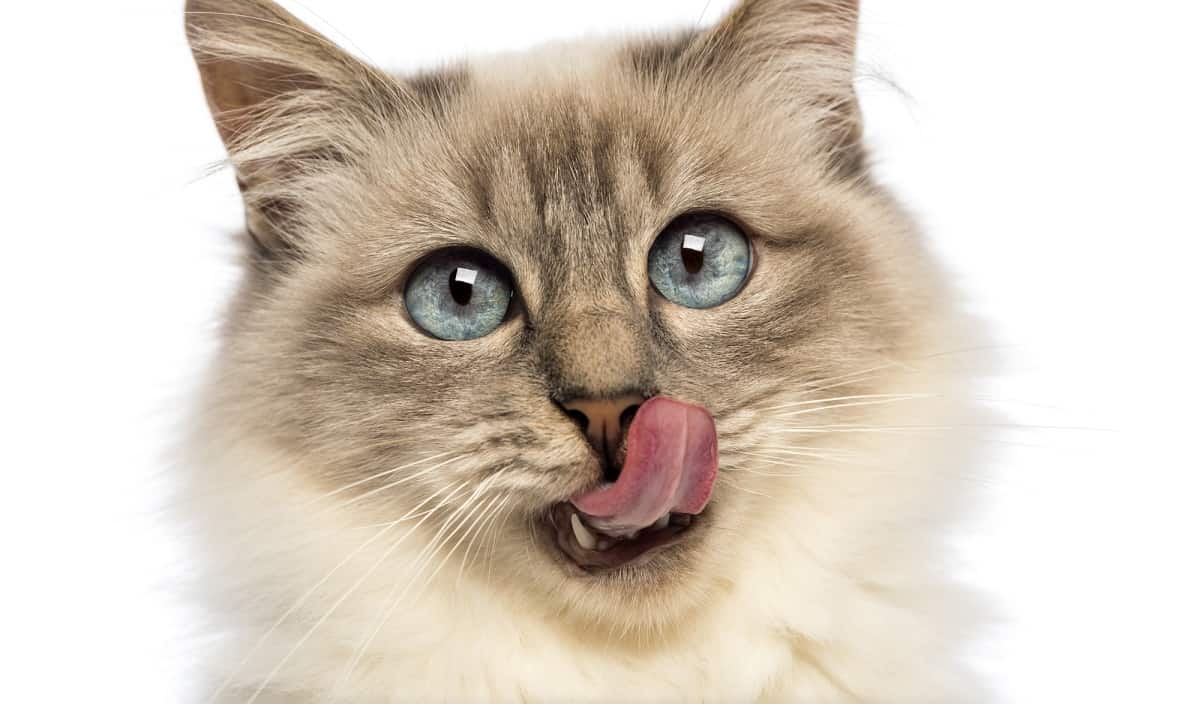 I have recently been experimenting a lot with creating exciting Thai dishes in my kitchen. I love the use of herbs, spices and coconut milk. One thing that is used rather generously in Thai cooking is fish sauce.

If you have never tried fish sauce before, it certainly tastes better than it smells. But it gives many Thai dishes their rich and savory taste. My cat gets very intrigued when I’m using fish sauce due to its pungent aroma.

My cat must be thinking if I have prepared an entire fish buffet for him. He seems keen to shove his entire face in the bottle. You might be tempted to offer your cat some but can cats eat fish sauce safely?

Cats should not be eating fish sauce due to the extremely high salt content in the sauce. Too much sauce can cause many health problems in your cat. Some brands of fish sauce may contain preservatives and flavorings that can be toxic to cats.

In this article, we will take a closer look at what fish sauce is and why it isn’t healthy for your cat.

What Is Fish Sauce? 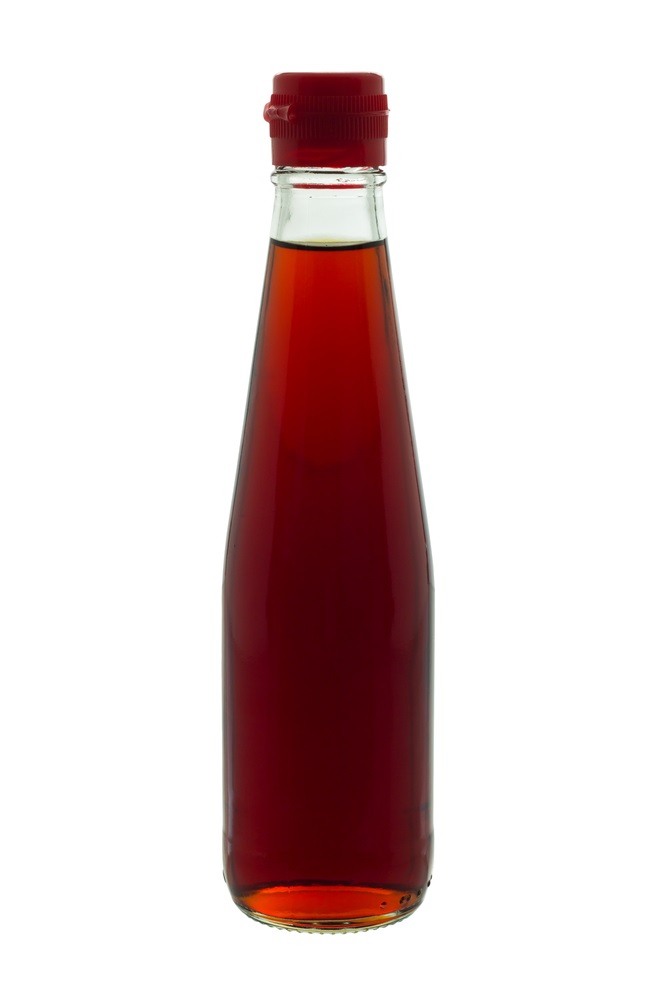 Fish sauce is a sauce that is made mainly from fermented fish. It is a key ingredient in many traditional Thai dishes.

It can be used for both cooking and as a dipping sauce that helps to enhance the other flavors of the food as well.

Fish sauce is made by mixing fresh raw fish with salt which is then stored in large containers and covered in salt to ferment for 12-24 months. The salt does a good job of extracting water from the fish which makes the sauce.

Many factories prefer using anchovies due to their strong flavor even in small amounts. But fishes that are high in fish oils like mackerel can also be used.

Once the fermentation process is complete, the liquid is drained out of the containers, filtered and bottled.

There are different grades of fish oil with the cheaper ones being saltier and less flavorful as compared to the expensive brands.

Is Fish Sauce Healthy For My Cat?

When feeding anything that isn’t part of my cat’s natural diet, I will make it a point to understand what goes into the manufacturing process and the nutritional value of the human food.

In this case, the ingredients used in making fish oil are very minimal. Mainly fish and salt. For the cheaper brands, the manufacturers can use artificial flavorings, monosodium glutamate and sodium benzoate to enhance the taste.

1 teaspoon of fish sauce contains mostly 1413 mg of sodium and 52 mg of potassium. There’s hardly any carbohydrates, fats or protein in fish sauce.

Fish Oil Contains Too Much Salt

It goes without saying that salt is an important element for both humans and animals. We need some salt in our bodies for:

As much as your cat needs salt in its diet, it won’t be healthy if your cat eats too much sodium.

The majority of cats require about 20mg to 40mg of salt daily for proper bodily functions. 40mg is for an average adult cat that weighs about 10-12 lbs. Kittens will require much less due to their smaller bodies.

To give you an idea of how much 40mg of salt is, 1 teaspoon of salt has about 2300mg of sodium. To filter out 40mg from there, you just need an itty bitty pinch of salt.

That’s how much salt your cat needs daily.

And if you are already feeding your cat food like canned food or a raw meat diet, your cat is already getting all the sodium it needs.

Personally, I do not like feeding my pets dry food as it contains far too much carbohydrates and sodium for my liking.

Just so you know, I teaspoon of fish oil contains 1413 mg of sodium. If your cat really has a thing for fish sauce, licking up one teaspoon of it won’t be a problem.

The problem is for that one teaspoon alone, your cat has exceeded its daily salt intake by 35 times!

The symptoms of salt toxicity in cats include:

Not only can your cat get salt poisoning by eating very salty food, non-food items like clay, de-icing salt, baking soda and play dough contain a lot of salt.

If your cat has eaten a lot more salt than usual, please take it to the vet immediately. There isn’t any specific treatment for salt poisoning. The vet will have to give your cat an IV drip to slowly normalize the sodium levels in the cat.

The faster your cat receives medical treatment, the better its chances of making a full recovery.

There’s usually not much need to add extra preservatives in a fish sauce as its high salt content acts as a natural preservative that prevents bacteria from growing.

At high levels, sodium benzoate is said to be cancer-causing. It can also lead to other health problems like inflammation and allergies.

Given that your cat is so much smaller than us, it won’t take much for such a chemical compound to become toxic to your cat. 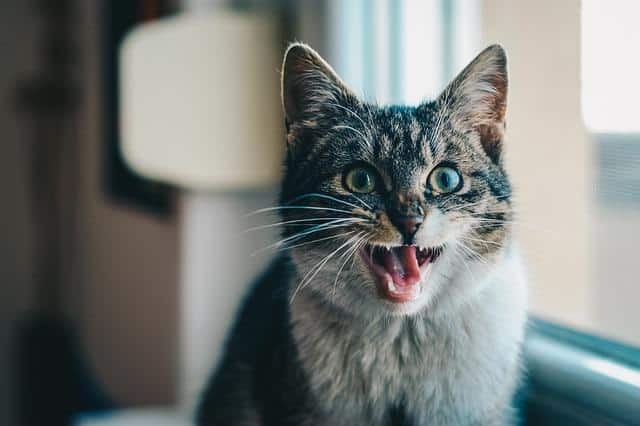 When it comes to your cat’s appetite, the way to your cat’s stomach is through its nose. Cats have a better sense of smell than taste.

In fact, your cat’s sense of smell is fourteen times more sensitive than a human’s. The cat is able to break down the individual scents that make up a particular odor.

Cats are drawn to fish sauce not because they like fish in particular but it could be due to the pungent smell of the fermented fish and the fish oils.

Is Soy Sauce Harmful To Cats?

Soy sauce is another type of sauce that is used in Asian cuisine and as a dip. It is made by cooking the soybeans in water and fermenting it.

Soy sauce is similar to fish sauce in terms of tasting very salty. But it contains a lot less sodium per teaspoon as compared to fish sauce, 293 mg to be exact.

That being said, that is still too much salt for any cat and one teaspoon might even be enough to cause sodium poisoning in a cat.

What Sauce Can Cats Have?

There isn’t a need for your cat to have any sauce in its food. Cats do not go around looking for sauces and garnish to season their prey with after it has been caught.

If you have a fussy cat at home that likes a bit more pizazz to its food, there are a few things that you can do.

Think of homemade tuna water as all the stinkiness that your cat likes but without the harmful salt content.

You can buy tuna soaked in water from the stores or make your own tuna broth using fresh tuna meat.

Please do not feed your cat the fish bones as it can cause damage to its internal organs.

Warm Up Your Cat’s Food