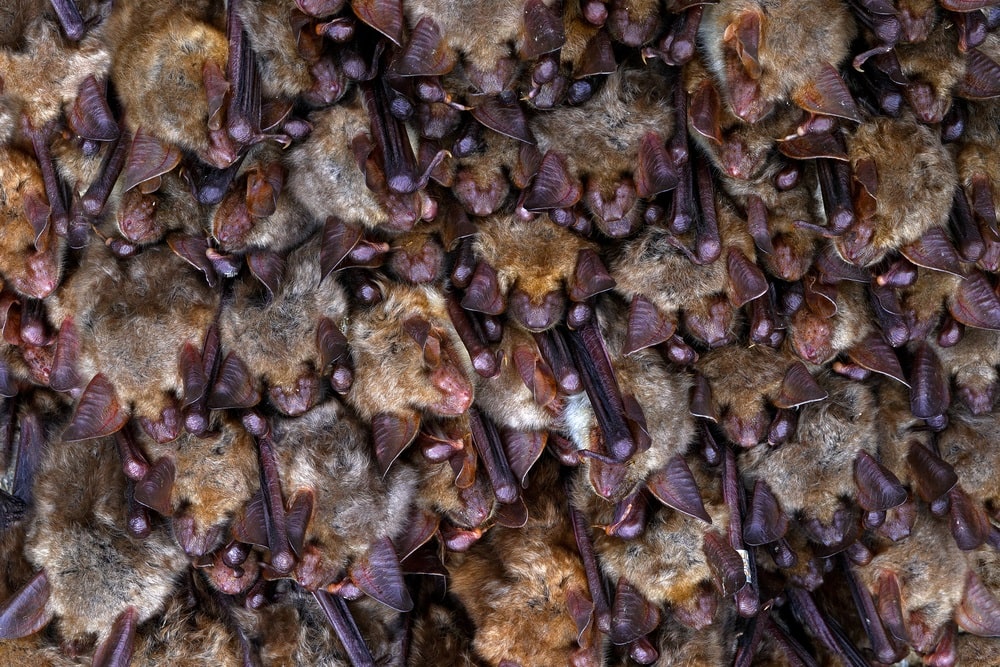 I’ve been a fan of Batman for as long as I can remember. He has one of the coolest-looking costumes and vehicles.

But when it comes to actual living flying bats, that’s where I draw the line. There’s is something about bats that gives me the creeps.

That being said, bats do serve a purpose in the ecosystem as they help to maintain the population of insects and parasites.

These days, it is very common to have bats living in urban areas due to deforestation. One concern I get from many cat owners is how dangerous are bats to cats?

Bats do carry a certain level of risk to cats. Their droppings contain a fungus that can infect and attack your cat’s respiratory system. Some cats also carry rabies which can be transmitted to your cat. It is best to keep our cats away from bats.

In this article, we will share more in detail about what makes bats dangerous to cats and how we can protect our cats.

Bats are actually mammals whose limbs have evolved to become wings. Bats are the only mammals that are able to fly like birds.

There are over 1500 species of bats and the size of bats varies across a wide spectrum. The smallest bat is the Kitti Hog Nose bat which is about 1-2 inches in length. The largest bat award goes to the flying fox whose wingspan can reach 5 ft 8 in!

The diet of a bat varies across the species. This can range from fruits, vegetables, insects and even blood.

Most bats are nocturnal and tend to live in caves and forested areas. Don’t be surprised to find a bat roost in your barn and attic.

Bats may seem scary to many of us but they serve a purpose in the ecosystem. They help to pollinate flowers and keep the population of insects manageable.

Why Are Bats Dangerous To Cats? 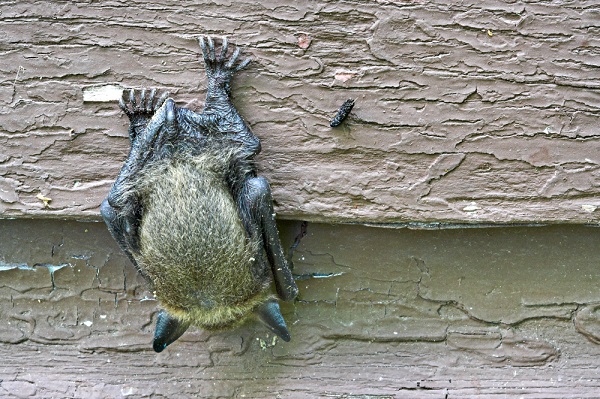 In general, bats are wild animals and do have some transmission risk of diseases. They don’t really attack humans or pets but some species of bats like the vampire bats do feed on blood.

When inhaled or consumed, your cat can be infected with a condition called Histoplasmosis which is classified as a type of lung infection.

Outdoor cats are more prone to catching histoplasmosis as compared to indoor cats as they have more chances of coming into contact with contaminated soil.

Cats with FeLV are also at a higher risk of catching this disease.

Cats who have histoplasmosis can exhibit the following symptoms:

As you can see, these symptoms are similar to many other health issues that can afflict a cat. In order to test for histoplasmosis accurately, the vet has to carry out blood and urine test.

An anti-fungal therapy will then be prescribed to your cat to aid in the recovery process and get rid of the spores in the body.

Possums can also be a frequent visitor to your home if you leave cat food lying around. Possums can be dangerous to our cats as their droppings can infect your cat with toxoplasmosis. Furthermore, possums are known to be vicious when provoked and can give your cat a nasty bite.

Many bats carry rabies and they are notorious rabies vectors. This means that the chances of being infected with rabies from a bat are high.

Humans or cats can get rabies from bats when bitten by rabid bats or when cats eat bats and get infected with rabies.

They have even been reports of humans getting rabies just from being exposed to a rabid bat. Bites from bats can be hard to detect hence any exposure to wild bats need to be taken seriously.

Rabies is dangerous in both humans and cats as it can be fatal if the symptoms are not treated early.

What Do I Do If My Cat Catches A Bat? 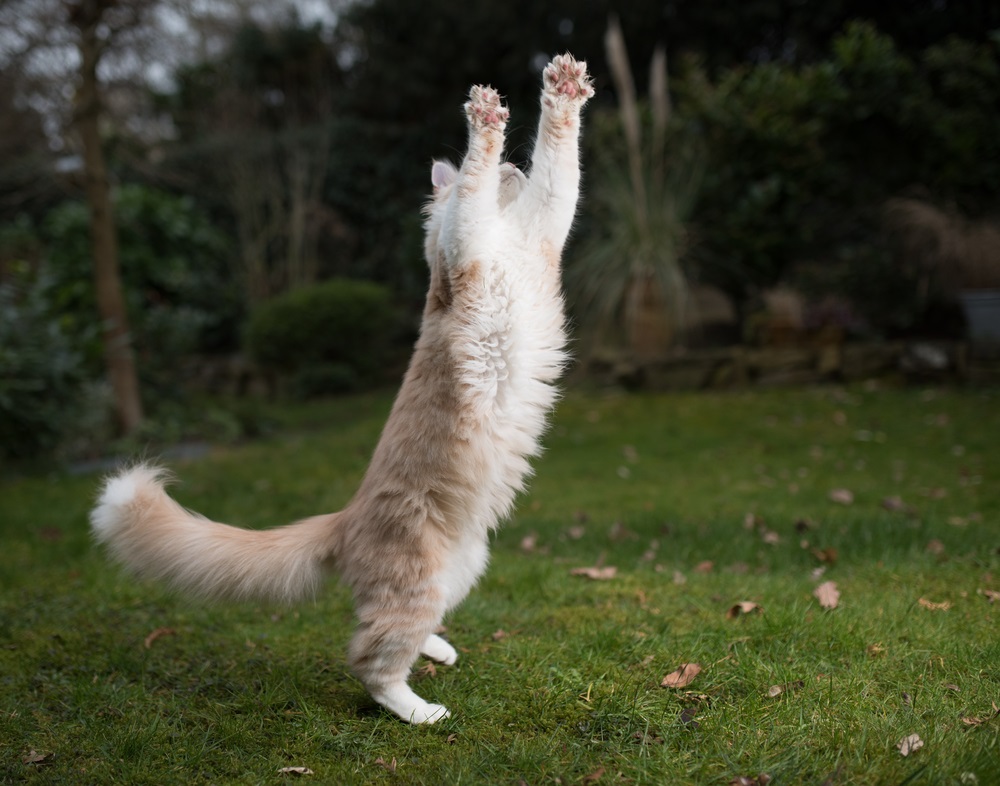 Even though your domestic cat isn’t big on eating bats, the sight of a low flying or an injured bat will pique its predatory instinct.

Cats are very agile and can easily pluck a bat out of the air in mid-flight.

If your cat has caught a bat, the first thing you need to do is separate your cat from the cat. Do not use your bare hands to touch the bat. Use a stick or a pair of thick gloves.

Do a physical check of your cat to see if there are any visible bite wounds. It can be hard to spot due to your cat’s thick fur coat.

If the bat is dead, put it in a box or plastic bag and cover it up. Call animal control to pick up the bat and have it tested for rabies just to be sure it isn’t an infected bat with rabies.

Take your cat to the vet immediately for a checkup for a rabies shot or booster. Your cat might have to be quarantined for a few days depending on your local laws.

If you have touched the bat with your bare hands, see a doctor as rabies can be transmitted with direct contact.

Can A Cat Get Sick From Catching A Bat?

Yes, cats can get sick from catching a bat if it is an infected bat. Rabies transmission by bats is one of the most common ways in the United States and should not be taken lightly.

Even though a large percentage of the domestic feline population are indoor cats, there is still a threat of getting rabies from bats that enter the house.

Not only can our cats get infected by rabies, but bats also carry other parasites like fleas and mites that can cause an infestation in our cats.

How Do I Protect My Cat From Bats? 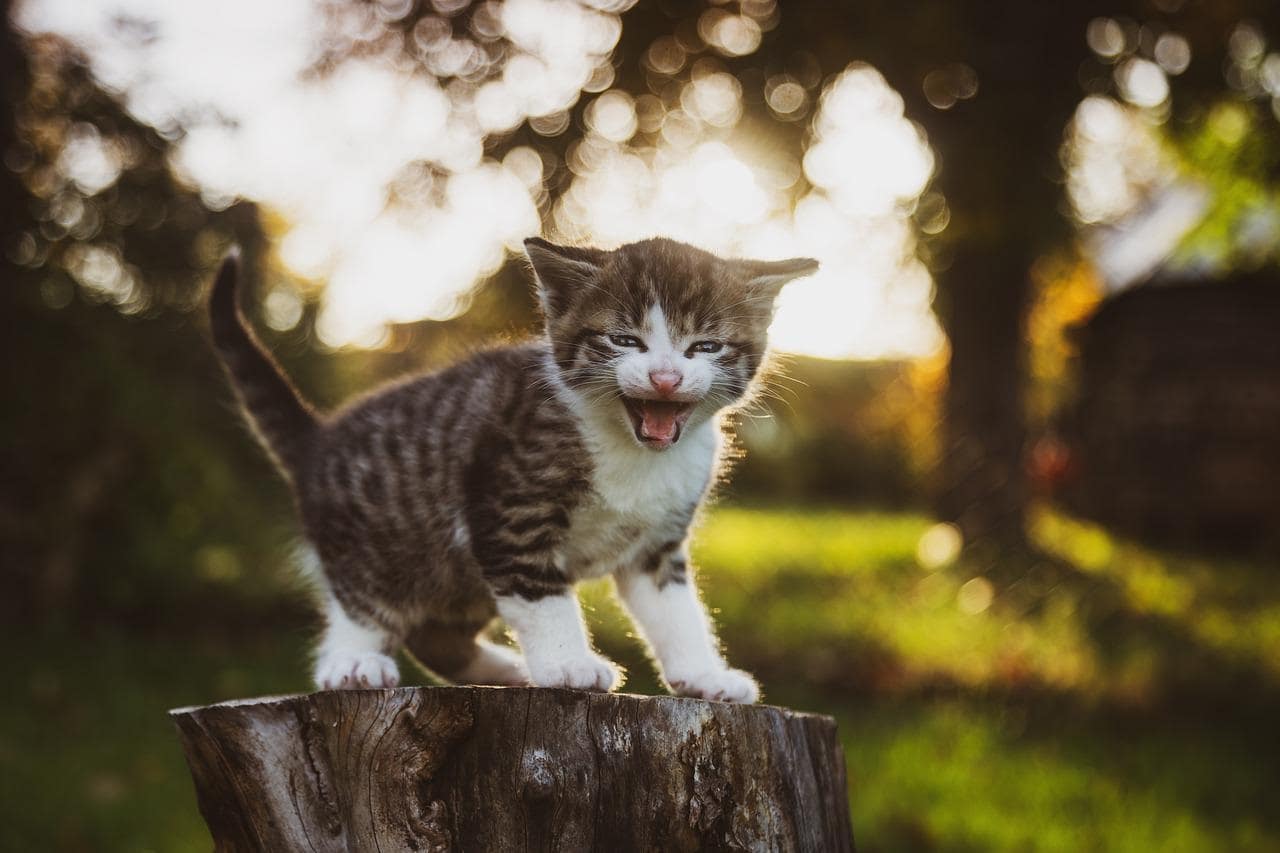 The best way to protect your cat from the dangers of bats is to give it a rabies vaccination. Kittens can get vaccinated after 16 weeks followed by a rabies booster shot a year later.

You might have to do follow-up shots every few years depending on your state laws.

This is very important for pet owners in areas where the probability of their cats encountering a rabid animal is high. And a vaccinated cat is well protected against rabies.

Bats are not fans of strong smells and so leaving bat repellants at areas where they gather can help keep them away.

Keeping your home compound brightly lit at night can also help to keep them away as they tend to keep away from bright lights.

Some pet owners welcome the presence of bats as they help to control insects and parasites by feeding on them. If that’s the case, you can get a bat house and place it further away from your home.

This prevents the bats from roosting in your home and isolates their droppings to a specific area.

Please do remember to keep your cat indoors too. It’s hard to keep an eye on your furry feline 24/7 but by preventing them access outdoors, it can greatly minimize their encounters with bats.

Will A Cat Get Rid Of Bats?

It isn’t advisable to be using your cat as a natural pest control for bats. Even though cats can do a good job of keeping them away, you shouldn’t allow your near bats due to rabies and their toxic droppings.

Make sure to hire a professional pest control company if you are looking to get rid of bats that have been infiltrating your home.

Are Bats Dangerous For Humans?

Bats are definitely dangerous to humans as we too can get rabies and histoplasmosis from bats. Even though bats do not attack humans, close exposure alone to bats can put us at risk of contracting rabies.

There is a species of bats called Vampire bats. They sound a lot more vicious than they actually are due to our mental conception of what a vampire is.

Vampire bats tend to feed off livestock and rarely do they bite humans.

This article might seem to be putting bats in a bad light but they can be dangerous to our cats. It doesn’t mean that we should start killing and exterminating every bat we see.

There is still room to live in harmony but make sure to keep your cat vaccinated and away from them.